International study, especially with an internship, is an excellent way to show future prospective employers that you are willing to push the boundaries of your comfort zone and that you are able to cooperate with people from diverse backgrounds. Does the destination you choose make a difference to the type of experience you’ll have in terms of your future career goals? It can. If you are thinking about entering one of these fields after graduation, Dublin could be an excellent choice for you.

Dublin has become a serious tech hotspot. The Silicon Docks area, especially, has been called the Silicon Valley of Europe. Google’s and Facebook’s offices alone take up 4% of the city center’s total office space. Other tech giants with homes in Dublin include Hubspot, Salesforce, LinkedIn, Twitter, Apple, Airbnb, PayPal, eBay, Etsy, Dropbox, SurveyMonkey, Yelp, Dropbox, Amazon and the list could go on and on. And that doesn’t even touch on the booming tech start-up scene. There’s a strong sense of camaraderie and collaboration among entrepreneurs in Dublin that’s heightened by the energy, diversity, innovation and investment from venture capitalists that has become available to start-ups in recent years. One of the biggest focuses here right now is on artificial intelligence. There are many ways you can learn from Ireland’s tech scene, from interning, to hackathons, to attending some of the many tech conferences, workshops, speaker seminars and networking events that are constantly being added to the calendar. 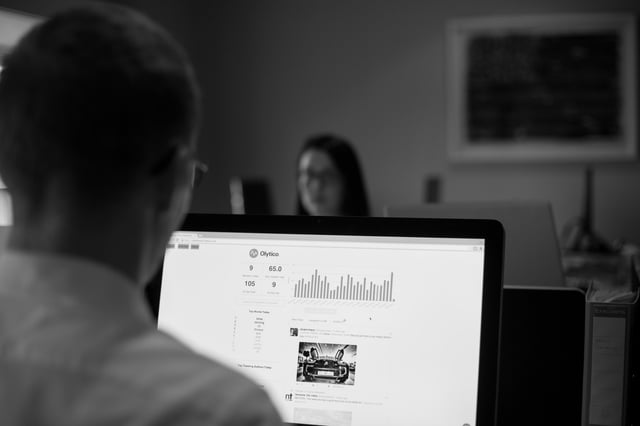 There’s a lot of focus being given to green industries in Ireland at the moment, in particular on renewable energy and technologies that are both environmentally friendly and energy-efficient. Solar and wind farms are on the rise. Part of this comes on the back of the Renewable Energy Support Scheme (RESS) which is part of Ireland’s European Union goal to make 16% of the State’s energy green by the year 2020. It’s been announced that the country is not on track to meet this target, so there’s effort being poured into stepping up the game for the environment. A new National Energy and Climate Plan (NECP) is in the works and there will be heavy discussions at the Environment Ireland 2018 event which takes place in October in Croke Park. With all of this, environmental careers are on the rise - particularly in the areas of waste and energy management and sustainable development - and awareness is also on the rise as the public are continuing to learn more about the damaging effects of climate change and what can be done. A great place to observe differences in approach to the environment between the US and Ireland and get involved through an internship, especially if it’s an area you’d like to pursue professionally.

With all types of companies from digital start-ups to huge multinationals, from universities to financial services to pharmaceutical companies all looking to grow their presence for a competitive edge, marketers are in high demand. More than 1/3 of Irish companies have reported that they are planning to increase marketing budgets for 2018. The increase in investment is all going toward digital, with 49% specifically investing in social media, 28% in content marketing, 25% in search, 24% in digital video and 25% in online display marketing. Dublin is also set host to DigiMarCon alongside other marketing conferences, networking events and speaker seminars, so there are ways to get involved. It’s a great place to intern with a company’s marketing team and to observe - whether through an internship placement or simply on your own - the way marketers use a different approach for the local audience as compared to the types of marketing we are used to in the US. 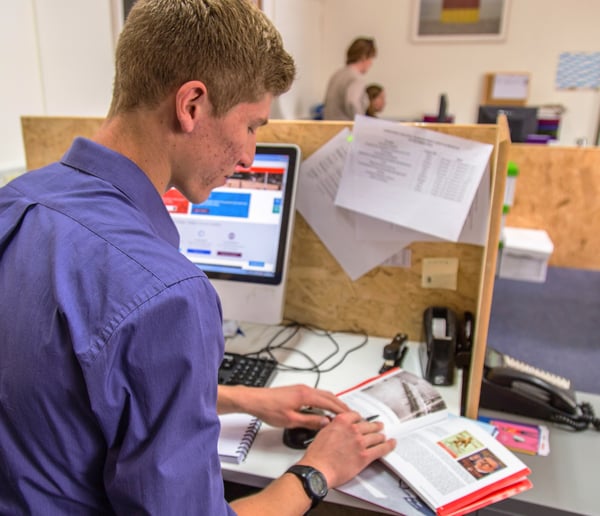 The Irish Financial Service Center on the River Liffey in Dublin is the main focus of Ireland’s financial sector. Some of the world’s foremost financial services are based here. In 2017, Ireland was named - for the 6th year in a row - the best country in the world for attracting high-value Foreign Direct Investment (FDI) and 79% of these investors have plans to increase their FDI over the next three years. FDI has created a lot of jobs in Dublin, with Ireland becoming a prime location for US companies looking to expand operations internationally with Dublin, specifically, being a huge draw for them. In the first quarter of 2018, the three most in-demand roles in the accounting and finance sector were financial accountants, financial analysts and payroll. Other competitive areas right now include fund accounting, risk and control, depository, compliance and AML, product management and transfer agency and, of course, the quickly growing fintech (financial technology) sector.

Top of all hospitality sectors, “hotels and catering” had the most vacancies listed in Ireland during the first quarter of 2018. Vacancies for jobs in the hotel sector alone increased almost 200% over the last five years. Dublin has one of the highest actual occupancy rates for their hotels among key European cities and Ireland set a new tourism record for themselves in 2017 with an industry now worth an estimated €8.7 billion. Spending by international visitors in 2017 rose 6% and Ireland’s tourism and hospitality industry now has 230,000 people in employment. Last year was a record year for number of tourists with 8.9 million people staying overnight (oh hello, study abroaders!). You’re in a unique position to experience Dublin from two different perspectives - both from the point of view of a tourist yourself as well as from the inside, as someone who is calling the city “home” for a long period, especially if you participate in an internship in the hospitality sector.

From 2017-2022, Ireland’s Media and Entertainment industry (including internet, video games, radio, TV, filmed entertainment and publishing) is forecasted to grow 3.3% year-on-year which would be equivalent to €5.1 billion for the industry by the end of this period. The biggest sectors to see growth are in internet, online advertising and video games. Digital revenue in these industries is set to outpace non-digital revenue in Ireland by 2023. Augmented reality and virtual reality are both experiencing a boom globally and were identified by the Irish Government as “technologies critical to Ireland’s economic and social development out to 2035.” Dublin hosts an annual ARVR Innovate Conference specifically focused on these technologies. Historically, arts, culture and the creative industries have been important aspects of Dublin’s economy - just take a look at its impressive list of successful writers, artists and poets! - and they still are. It’s a city that has long valued creativity and imagination, and that’s not set to change any time soon. 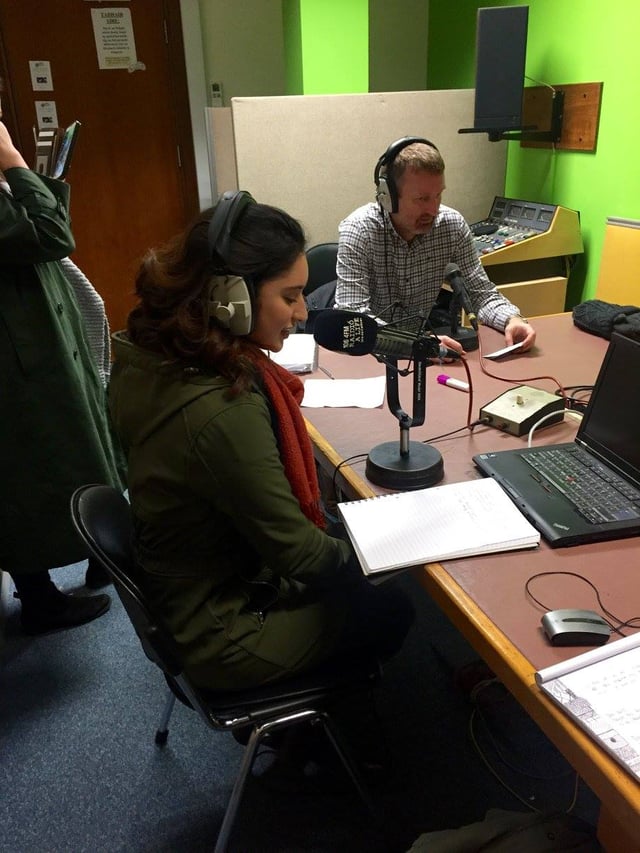 The number of full time undergraduate students at publicly funded universities in Ireland has increased by 10% over the last five years with more than 6% of the country’s adult population currently enrolled in a higher education program of one type or another. So there’s growth in the college professor career world, but there’s also room to pursue a career in a more forward thinking and innovative category, which is that of education technology and the creation of smart classrooms that integrate augmented reality, virtual reality and artificial intelligence. Ireland set a goal of €2.1 billion for the international education industry by 2020, hoping to have 15% of its college level students from abroad by then (it’s currently about 9%). With classes at Griffith College, and perhaps even an internship placement in the field, you’ll be able to experience the workings of the Irish education system firsthand or even behind-the-scenes.

If you’re hoping to start a career in the volunteer, charity or not-for-profit industry, one of the best ways you can build yourself up for success is by participating in an internship or by volunteering yourself. CAPA Dublin has some fantastic connections for interns in this area with past students learning from opportunities with the Irish Innocence Project (which focuses its efforts wrongful conviction), the Peter McVerry Trust (which focuses on reducing homelessness and the harm caused by drug misuse and social disadvantage), and Pavee Point (which focuses on improving the human rights of Irish Travelers and bridging the economic and social inequalities between Travelers and settled people). Finding a paid job in this field after graduation requires passion, commitment, research, understanding and networking which makes an internship an excellent, and perhaps essential, stepping stone. Did you know that Ireland is a huge player in the pharmaceutical industry? Of the 25 biggest pharmaceutical companies across the globe, 24 of them have a presence in the country: Johnson and Johnson, Roche, Pfizer, GlaxoSmithKline and so many others. About 20 years ago, there were about 50 biopharma companies around Ireland and now the figure is around 300. Ireland is the largest net exporter of pharmaceuticals in the European Union with medicines making up 50% of the country’s exports. The Irish Pharmaceutical Healthcare Association announced a record €67.8 billion in exports from the biopharmachem sector in 2017. The niche biotech industry, specifically, is seeing dramatic growth and access to more funding. This has lead to Ireland now being a leading location for the development and manufacturing of biologics, forecasted to keep growing this year. Not a bad place to study abroad if you’re interested in a pharmaceutical career!

The economy is growing (Ireland’s was the fastest growing of all European Union countries in 2017 at 7.3%), and with it, so is the built environment, with the demand for residential housing in Dublin in particular through the roof. But, there is also a lack of STEM graduates to fill in the gaps and to deal with the increasing demand. The country has put a renewed emphasis on encouraging students to pursue careers like engineering. Despite this need for new talent, the engineering sector is currently thriving. Last year, over 180 overseas companies in Ireland generated €4.2 billion in exports. The construction industry is also on the rise and grew by 18% in Ireland in 2017. It’s one of the fastest growing sectors at the moment and is forecasted to experience further growth by another 14% this year. If you’re studying abroad in Ireland and have these industries in mind for a future career, you’ll have plenty to observe, experience and learn here. 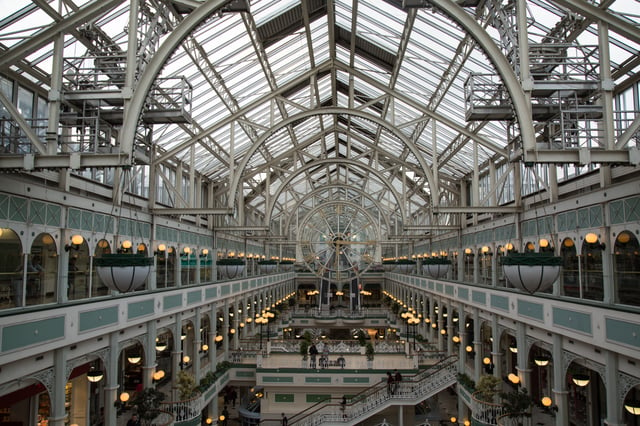 Through CAPA Dublin, you will get to know Ireland at a deep and personally impactful level. Even if you plan on living in the United States for your whole life, you will benefit immensely from a study abroad experience in Ireland. Experience in this country will impact your career in the future. Why not get a step ahead now?