International study, especially with an internship, is an excellent way to show future prospective employers that you are willing to push the boundaries of your comfort zone and that you are able to cooperate with people from diverse backgrounds. Does the destination you choose make a difference to the type of experience you’ll have in terms of your future career goals? It can. If you are thinking about entering one of these fields after graduation, London could be an excellent choice for you. 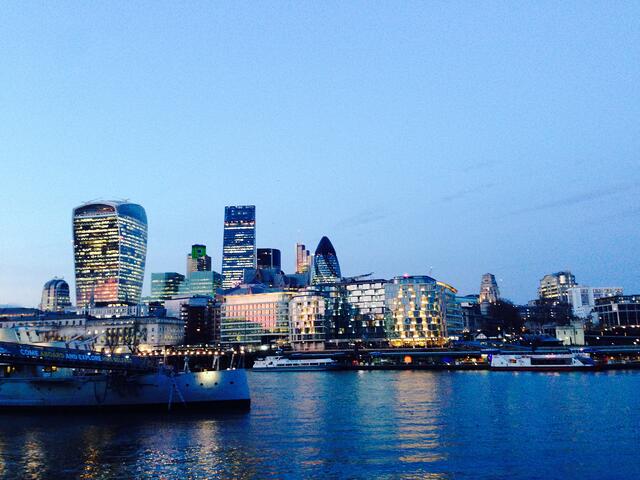 The tech industry in the UK (especially in London) is hotter than ever, growing almost three times faster than the rest of the economy. £3 billion in venture capital funding was pumped into the sector in 2017 — almost double that of the year before. And London firms received 80% of that amount. London’s Mayor Sadiq Khan made a statement that “London is the undisputed tech capital of Europe and I am committed to ensuring we take over from Silicon Valley as the world’s leading tech hub.” Big goals, but certainly attainable with the right support and initiatives in place. It’s worth giving a special mention to the financial technology sector specifically. It’s experiencing tremendous growth at the moment. Innovation, creativity and entrepreneurial spirit is valued in London, and it’s bolstered by the diverse talents of people from around the globe who call this city home.

It’s as interested a time as ever to be involved in politics in the UK, especially as an intern, and especially with the implications of Brexit unfolding. London is the hub of the political sector in the UK and the most likely place to experience rallies, see campaigns in action, attend talks, debates and other important events that are shaping the political landscape here today. It is, of course, also home to Parliament, which is the base of the UK’s political system. London’s also the city where many of the NGOs, think tanks, action groups, international embassies, ambassadors, and political organizations are based. Plus, wander around the city, and you’ll find all sorts of locations rich with political history which you’ll be able to freely explore during your time abroad.

Healthcare in the UK is very different from the healthcare we are used to in the US. Residents can choose to receive care privately or use the National Health Service (NHS) which is currently critically under-resourced and dealing with, according to a recent report, 1 million patients every 36 hours. There is plenty of room here for new ideas, innovation, positive disruption, and growth. One of the key areas that is currently expanding is Biotech. UK Biotech companies received more funding than any other country in Europe last year and the UK sector is slated to close the gap with San Francisco and Boston who are currently leading the way. Preventative wellness is also very popular in London with trendy new vegan restaurants, yoga clubs, running groups, and alternative exercise experiences cropping up everywhere you look. 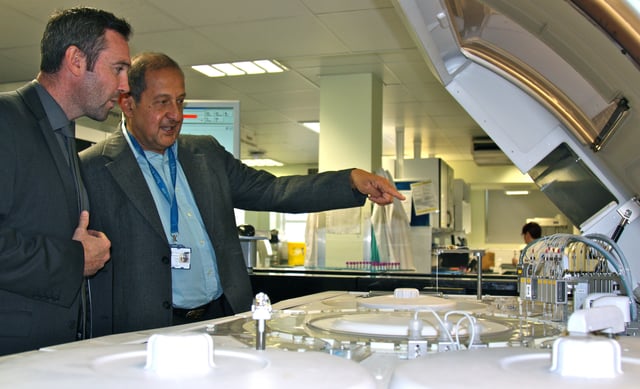 There’s a high demand for qualified engineers at the moment and the sector is getting a bit of attention in the hopes of a revival. The UK government even proclaimed 2018 the “Year of Engineering” in an effort to raise awareness of the skills gap among recent graduates, inviting young people to join the profession. Some of the specific areas of engineering that are seeing high growth are renewable energy, rail (with some multi-million infrastructure projects like the high speed rail and Crossrail in the works), and engineering-related tech like robotic software engineering, security and high tech homes, and artificial intelligence. 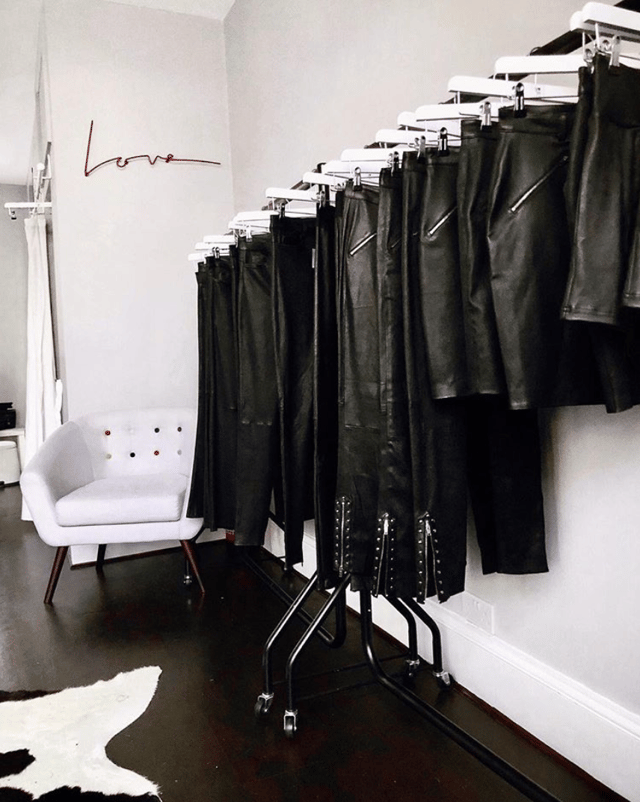 London is one of the top cities in the world to kickstart a fashion career. You’ll gain some insight into what really happens behind the scenes of the fashion world in one of the most important cities to the industry. If you’re lucky enough to study abroad in the spring or fall, you’ll also be treated to the excitement of London Fashion Week. September 2017’s shows welcomed over 5,000 guests from over 70 countries with 85 catwalk shows and presentations. There’s a lot of support for innovation and emerging talent in London’s fashion scene, but also an appreciation of and respect for classic timelessness. Some of the most interesting areas of fashion to explore right now due to their popularity and growth are menswear, sportswear, and especially e-commerce, but sales in womenswear and childrenswear are also on the rise and always on the radar.

Adding to fashion, other creative industries are also key areas to study in London, from art and design to film, media and advertising and beyond. One in six London jobs is in the creative industries and a third of the country’s most creative workforce call the city home. London’s economy benefits from a £42 billion contribution from the creative industries each year and the city is considered one of the world’s major trendsetters. Much of this is due to the diversity of the population and its ideas. In London especially, there is an openness to innovation and collaboration. Did you know that 70% of Europe’s advertising agencies are based in London? The capital attracts creative talent from around the globe with the headquarters of many international companies seeking space here too.

For this reason, in partnership with the University of Pittsburgh , we developed our London Film Program. 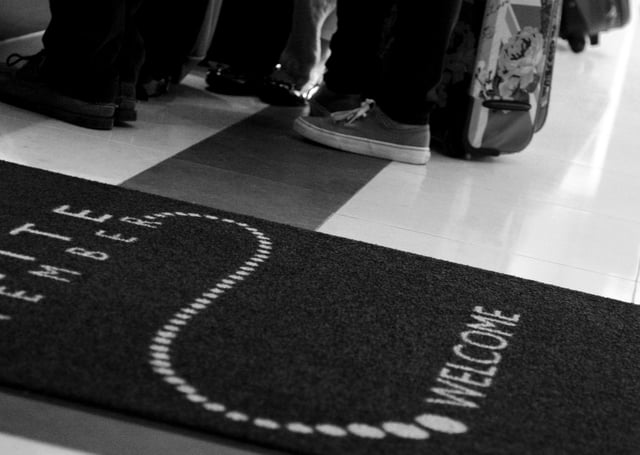 As one of the post popular capitals in the world for visitors, London has a lot to teach us about hospitality and tourism. Almost 40 million people visited the country in 2019. It’s also a city embracing the ways that people are choosing to travel differently. London is the top city in Europe (third in the world after San Francisco and Austin) for alternative travel startups to thrive. People are looking to travel to unusual destinations, incorporating tech more, seeking out authentic food experiences, becoming digital nomads and taking work abroad for a month or more thanks to wifi almost everywhere, traveling with multiple generations and being more environmentally conscious along the way. 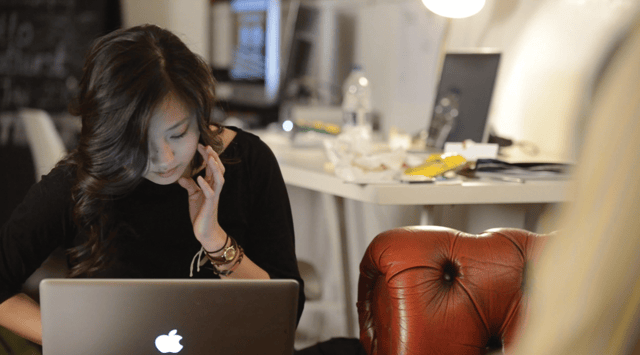 London was named the most entrepreneurial region in the UK, which really comes as no surprise, but it means that you’ll find a lot of inspiration and resources to guide your own entrepreneurial ideas while you’re studying abroad in the city. There are many meet up groups with hands-on workshops, speaker seminars and series featuring tech experts, leadership mentors, and established entrepreneurs and of course there are also networking events galore. One of the largest is called “Entrepreneurs in London” which has over 22,000 members at various stages of their business development. The number of new startups established in the UK has been growing year on year. Specifically, industries like fintech (cryptocurrencies, peer-to-peer lending platforms, and mobile banking) are benefiting from venture capital input at the moment. 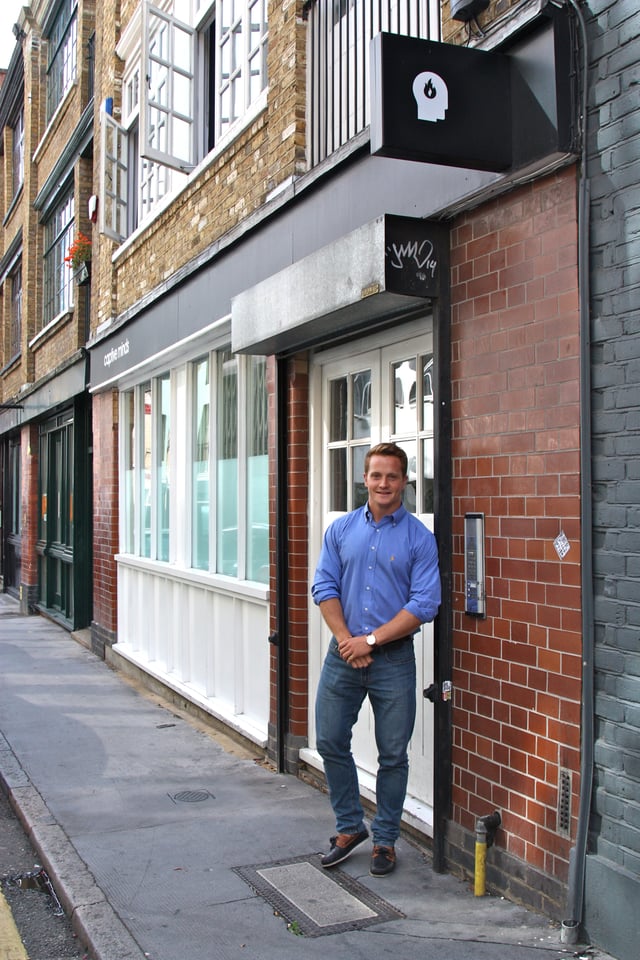 Digital has been driving the ad spend of marketing teams for a while now. Marketing Week shared that UK marketers have reported nine years of consecutive upward revisions for their internet budgets. London is a hub for all things digital, hosting some of the biggest and best digital marketing conferences like DigiMarCon, SMX, Social Media Week, Future of Digital Marketing London, Digital Marketing Day — Future Now and many other conferences. The city also hosts hundreds of smaller networking events every month. Of the 1.46 million people employed by digital firms across the UK, 1/6 of them are in London. As in other industries, digital marketing in London benefits from the city’s diversity, pulling in talents and ideas from around the world which leads to trendsetting, innovation, and creativity. 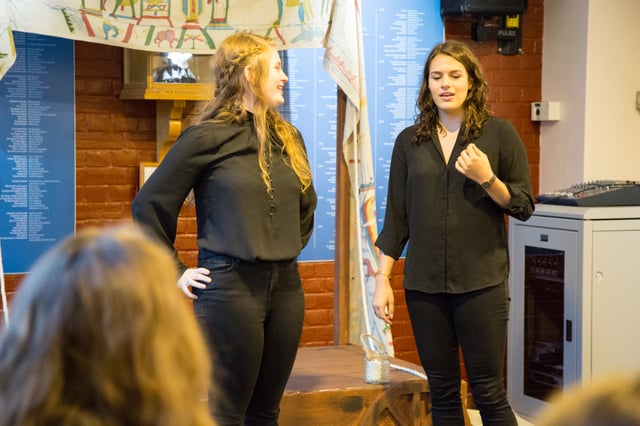 Another one under the “creative industries” umbrella, theater is also worth a separate mention, as CAPA has a whole program devoted to it. Beyond NYC’s Broadway, London’s West End has one of the top theater scenes in the world with a rich tradition of musicals, cutting edge plays, and everything in between. Whether you’re interning with an acting company or behind-the-scenes at a theater, attending live performances on your own, taking advantage of CAPA London’s My Global City opportunities or attending amazing theater classes and enjoying CAPA’s in-house black box theater The Street, you’ll hardly find a better study abroad destination to explore a future career in this industry!

Through CAPA London, you will get to know England at a deep and personally impactful level. Even if you plan on living in the United States for your whole life, you will benefit immensely from a study abroad experience in England. Experience in this country will impact your career in the future. Why not get a step ahead now?