International study, especially with an internship, is an excellent way to show future prospective employers that you are willing to push the boundaries of your comfort zone and that you are able to cooperate with people from diverse backgrounds. Does the destination you choose make a difference to the type of experience you’ll have in terms of your future career goals? It can. If you are thinking about entering one of these fields after graduation, Sydney could be an excellent choice for you. 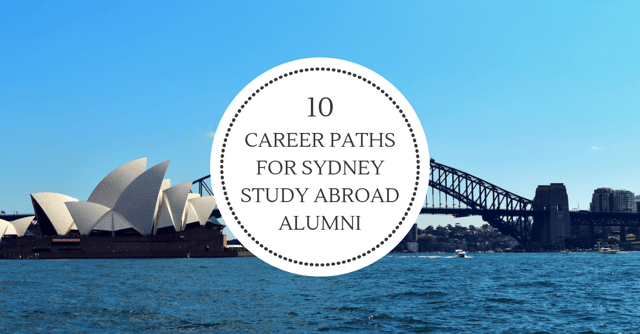 Sydney has been called the innovation and technology capital of Australia with the government stepping in to join forces with the tech industry in order to create more jobs through a major new technology and innovation precinct. “Computer System Design and Related Services” is set to see major increases in the coming years with 24.6% growth predicted by 2022. New South Wales (NSW), of which Sydney is a major hub, in home to 40% of Australia’s Information and Communications Technology firms. Technology sustainability is one specific area that is being highlighted as a key opportunity in Sydney right now. Sydney also uses many innovative smart city technologies, including smart transport with driver-less vehicles. Australia’s first driver-less metro is on course to launch in Sydney in 2019. 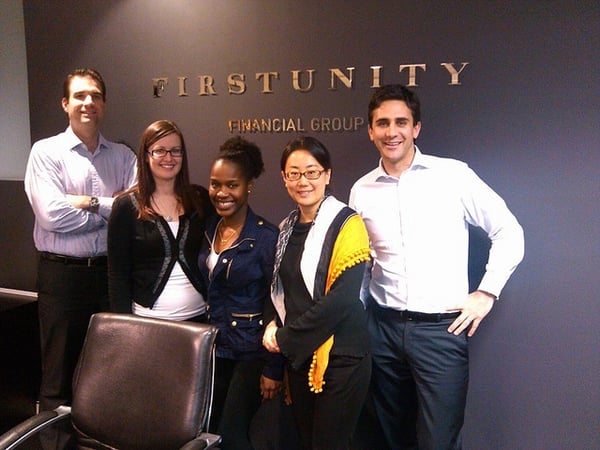 The finances sector in Australia has doubled the size of its economic contribution to the country over the last 30 years. Focusing in further, finance is Sydney’s main income generator with the Central Business District (CBD) a major activity hub. By 2026, Sydney’s economy will benefit from one in every five dollars being contributed by the city’s banking and finance sector. There are some fantastic opportunities here, especially through internships, to experience this exciting growth firsthand. Combining the technology point above with this one, there’s specifically impressive growth in the fintech (financial technology) sector in Sydney with 2/3 of the country’s fintech companies based in NSW and the majority of these in Sydney. Across the country as a whole, there were 100 fintech companies in 2014. Fast-forward four years later and now there are almost 580! 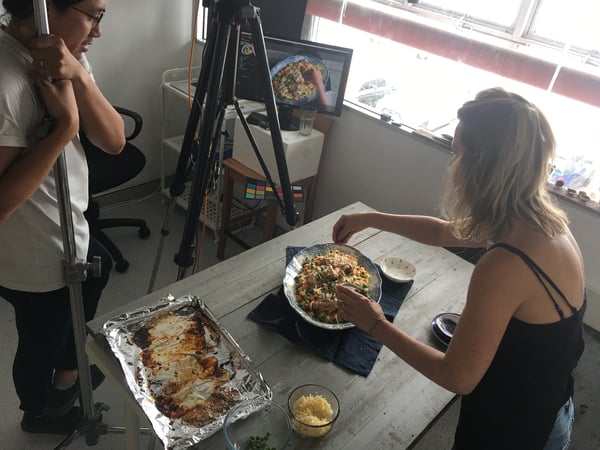 Sydney is hosting some big digital marketing conferences and workshops this year like “ad:tech Sydney”, “Search Marketing Summit Australia”, and the “Digital Marketing Innovation Summit”. The world is increasingly digital and ad spend trends are continuing to put more emphasis on the internet and decrease the budget for more traditional advertising spaces. Forecasts for 2018 predict that marketers will spend 40.2% of their advertising budgets online this year, which is up from 37.6% of last year’s amount. With the rise of tech start-ups, the diversity of Sydney as a global city and its openness to embracing new ideas, it’s a hotbed for creativity and innovation - two of the most important ingredients for successful digital marketers. 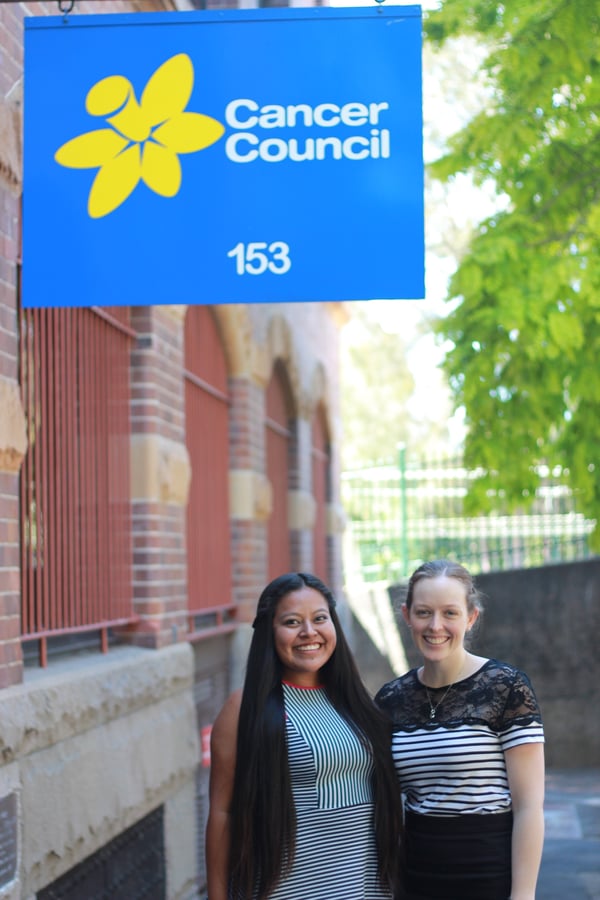 Australia’s population is growing older which means that the demands on the country’s healthcare system are increasing. Over the next 40 years, it’s estimated the health expenditure per person will more than double. The sector is already the country’s largest employer (with a 13.7% share of total employment) and recorded the largest growth in employment of any industry over the past year. The new National Disability Insurance Scheme (NDIS) has also played a role. Impressively, in a 2017 Commonwealth Fund report comparing healthcare system performances of 11 countries, Australia ranked number one for the best health outcomes and administrative efficiency. Overall, Australia was ranked the second best healthcare system in the developed world after the United Kingdom (for comparison, the United States came in at last place, number 11), making it an excellent place to study, intern and observe practices for a future career in healthcare.

Deserving of a special mention in the healthcare industry as one of the areas most expanding quickly, the field of physiotherapy, along with rehabilitation, is set to experience very high growth in Australia over the next five years. Again, this is largely due to the ageing population of the country and their increasingly complex medical needs. People are also living longer these days and are putting a greater focus on wellness in their later years so there are additional opportunities there. Alongside Victoria and Queensland, New South Wales is one of the top places in the country to learn more about physiotherapy with these three states home to 75% of businesses in the field. Sydney is also a city with a huge love of sports, and with sports there are often injuries that require physiotherapy, so there’s a market here not just for the ageing and others with chronic pain and conditions they were born with, but for the city’s many professional and amateur athletes as well.

The leading job boards website in Australia, SEEK,  saw a 54% year-on-year increase in the number of positions available in the Mining, Resources & Energy category when they tracked data in January this year. More specifically, some of the key areas were in mining. These fell into “engineering and maintenance”, followed by “operations”, followed by the “drill and blast” category. The growth has come at a time when investment is increasing and there’s a boom in the country’s exportation of energy. Australia is aiming to rely more and more on renewable energy, with a plan to have it accounting for 92% of Australian power by 2050, particularly wind and solar power. There’s a shortage of people with STEM skills generally, which are now in high demand, making it an excellent area in which to pursue a career. 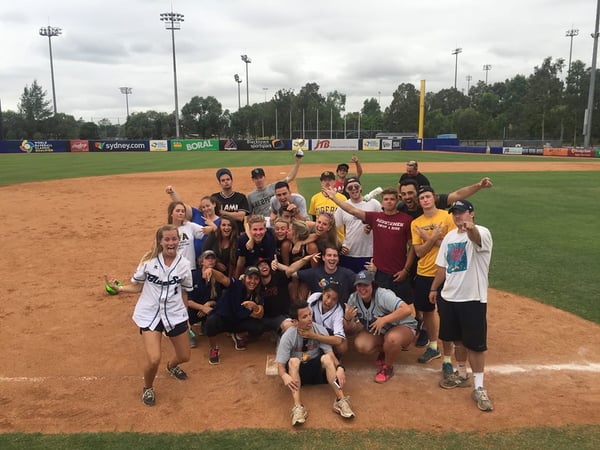 One of the most popular internship placement areas for CAPA Sydney students is in the sports field and it’s an excellent city in which to study sports management (or sports marketing, administration or for other sports-related careers!). Soak in as much as you can while you’re abroad. The most popular sport in Sydney is rugby, but also popular are cricket, football (or soccer, as we like to call it), Australian rules football (read up on this one before you go!), and basketball. Stadium Australia is the biggest arena with a capacity of 83,500 fans. It mostly hosts the rugby league and rugby union games and football matches. See a game (or several) if you can and spend some time exploring Sydney Olympic Park (an area redeveloped for the 2000 Games) which is still used as a major sporting hub.

New South Wales is home to more than 40% of Australia’s start-up founders, with Sydney a major nucleus of activity in the region. One of the great competitive strengths of the start-up community in Sydney is the diversity of its population, which brings with it global perspectives and cultural vibrancy. Multiculturalism is largely embraced here and that shines through in the entrepreneurial world. Sydney start-ups have been disrupting some of the more traditional markets - like property, for example, bringing digital solutions to buyers, renters and homeowners with ventures like Hometime, Snug and :Different. Entrepreneurs are shaking things up in sectors as diverse as finance (with Mentorloop and Checkbox), cancer patient care (with CancerAid), and an example of a launch from a few years back that’s doing exceptionally well in the digital marketing and graphic design sector, Canva. There are networking meet-ups, events and speaker seminars to inspire and learn from here and innovation is highly valued.

Billions of dollars have been invested in major infrastructure projects in transport, energy and telecommunications in Australia over the next three years which has brought a boom in the demand for workers - especially civil and structural engineers, followed by electrical/electronic engineers. In Sydney alone, there’s $50 billion invested in transport projects alone. This includes the WestConnex tollway, currently the largest transportation infrastructure project in Australia. Another area of engineering that’s seeing growth in Australia at the moment is in biomedical engineering. Enrollments in this area have increased impressively in the country’s universities. Interestingly, more women are studying biomedical engineering than any of the other engineering disciplines. The country’s ageing population means there is more demand for those who can work on medical devices. Lots to learn and observe if you’re a budding engineer in Sydney now. 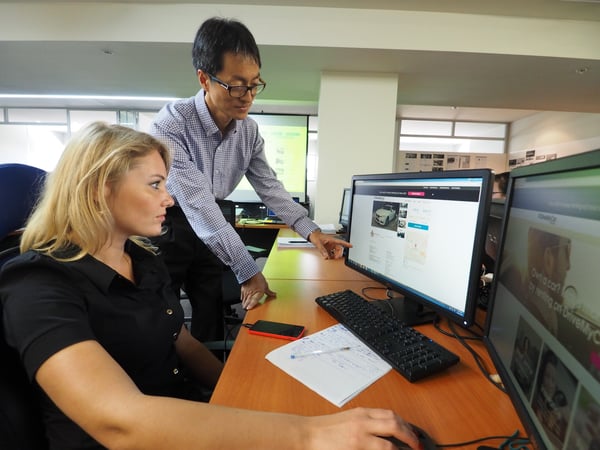 The number of people visiting Australia has jumped up 50% in the past six years (oh hello, study abroader!) with 8.1 million enjoying a trip Down Under in 2017 and a predicted 9.7 million for 2018. And 50% of those visitors went straight to Sydney. Huge numbers of tourists are coming in from China now and from New Zealand followed by the US. In fact, Americans alone contributed $3.8 billion to the Australian economy last year and Australians are finding opportunities to market their country specifically to their US visitors hoping to nearly double that number by 2020. And it’s a trip well worth making, especially if you’re interested in pursuing a career in the travel and tourism industry yourself. There’s certainly a lot to see in this vast country, as you’re about to find out or are already discovering, and along with that, there is an enormous amount you can learn from this growing sector while you’re here that will impact your future career.

Through CAPA Sydney, you will get to know Australia at a deep and personally impactful level. Even if you plan on living in the United States for your whole life, you will benefit immensely from a study abroad experience in Australia. Experience in this country will impact your career in the future. Why not get a step ahead now?