10 Helpful Tips for a Stress-Free Break in Europe

In this week's post, Brandon shares 10 travel tips that will help you plan your own trips and have a great time between destinations.

I thought that I would use this blog post to give 10 helpful tips on traveling in Europe. I traveled to Poland, Germany, and Switzerland over spring break, visiting Poznan, Berlin, Nuremberg, Munich, and Zürich.

Bring a water bottle and fill it up before you go out for the day! Also, keep your eyes peeled while going about your day for water fountains to fill your water bottle if water starts to get low. In much of Europe, especially Germany, restaurants and food outlets will not provide tap water. As an American, I’m used to having a bottomless cup of free water whenever I go out to eat, but this is not the case in Europe. In Germany, I had to buy a bottle of water at every restaurant, and they often charge exorbitant prices. For instance, at a restaurant in Berlin, a bottle of water was 5.90 euros.

2. Read emails from your airline

Read the email your airline sends to you! Every airline will send you a short email detailing your flight plan, important dates, and other crucial information a week or so before your flight. Do not follow my example and briefly skim it! Read it fully! I only read it carefully the day before I left Ireland, only to realize that I needed to check into my flight online before boarding the plane and had to print out my boarding pass. Thankfully, the Griffith Library was still open on Saint Patrick’s Day, so I was able to print my boarding pass, but it was a very close call. 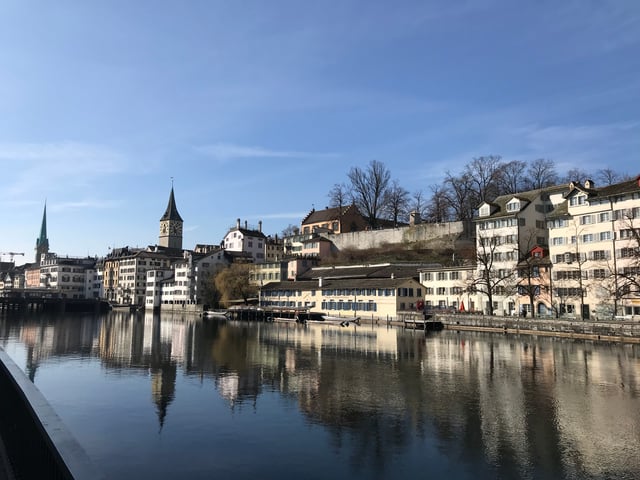 Double-check your dates before you purchase any tickets! My friend Rachel and I accidentally purchased train tickets from Nuremberg to Munich for the 22nd when we were actually planning on leaving the 21st. If Rachel hadn’t looked at the dates in the train station on a whim, we would have been stranded in Nuremberg for a night or been forced to take a late-night train to Munich. A follow-up tip is to have the GoEuro and FlixBus apps downloaded on your phone. You can quickly search and purchase train or bus tickets, and they’re real life-savers when you’re on a time-crunch.

Don’t underestimate the amount of money you will spend! I spent far more than I ever thought I would. Eating out is extremely expensive, especially in certain countries. For instance, the Swiss franc is nearly 20 cents stronger than the euro, which is already much stronger than the U.S. dollar. Food in Zürich was tremendously pricey as a result, with a small turkey and cheese sandwich costing me 7.50 francs. In addition, paying entrance fees for museums and historical sites can really add up. Put the cost of a hostel, hotel, AirBnb, etc. on top and you’re looking at a hefty bill. 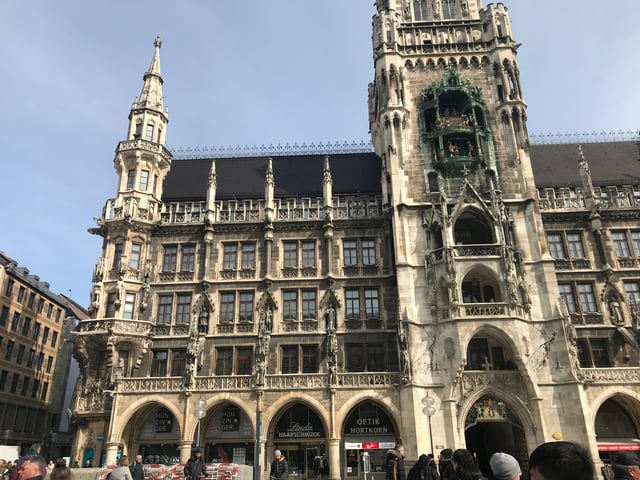 Think about packing three outfits that you can mix and match with. Think a pair of jeans and a pair of khakis with three shirts. Simple is key. Bring the exact number of underwear or socks you need. Don’t bring a bunch of extra shoes. A pair of sneakers will work for almost any occasion. This will cut down on the size of and the weight of your luggage, which is a blessing for avoiding annoyingly specific airline baggage rules.

Choose the most travel-friendly bag! Rachel decided to bring a large bag with carrying straps (in fairness it was the only bag she had), and it was a nightmare for her. She had all of her clothes and valuables packed into this awkward, bulky bag that she could only carry with one hand. Walking around cities with it was both painful and frustrating. In comparison, I brought a hiking backpack and had no problem at all.

View from the Nuremberg Castle in Germany

If there’s something you think you want to do, do it! Don’t waver on the fence because you’ll regret it later. We decided last-minute to change our plans from going to Dresden to going to Nuremburg because it looked more local. It was a great decision, and we had a blast. We also decided the night before to go to the concentration camp in Dachau just outside of Munich. It was a haunting and sobering experience, and one that I don’t regret in the slightest.

8. Be open to spending on meaningful experiences

Even though you should keep a budget in mind, don’t be afraid to spend money on things that are meaningful or will make your trip that much better! I spent a lot of money on local food. I had never tried German or Swiss food and wanted to experience the culinary culture of the countries I was visiting. For the first time I had pork knuckle, fried liver, bratwurst, and bread dumplings. It made my trip that much better, and although food might not be your meaningful thing, definitely splurge on special stuff sometimes.

Be responsible about planning your own trip! Don’t let anyone else tell you what to do. This is probably the first time that you get to plan your own vacation. You get to decide what is important to you and what would interest you. That’s a lot of independence and responsibility, but it’s so much more rewarding. No one else knows what will make you the happiest quite like you.

10. Set aside some time to relax

Keep a day or two open for relaxing! After all that traveling, especially if you’re hopping from one country to the other, you are going to be exhausted. There will be many bus and train rides that last for hours on end. You will be walking constantly between landmarks, restaurants, and your lodgings. You won’t want to go to bed because you’re having so much fun. But be careful not to burn yourself out. We spent our entire last day in Zürich lounging near the river and laying down in the city square. I don’t regret it at all because people-watching and chatting was exactly what I needed after a week of non-stop travel. 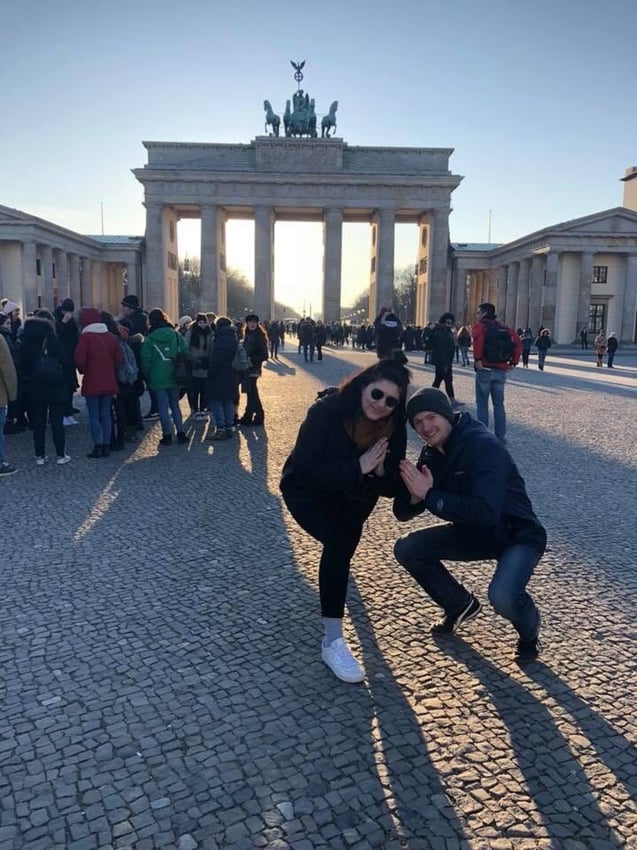 With Rachel at the Brandenburg Gate in Berlin, Germany

I hope you liked my 10 tips for traveling in Europe! Now that spring break and midterms are over, I'm looking forward to having a lot more free time before finals. I'm also weirdly excited to get back to my internship and my regular schedule after so much traveling.