10 Practical Ways to Fit In Better in Dublin

In this week's post, Brandon counts 10 practical ways to fit in better as you study and intern abroad in Dublin.

As this is my last blog in Ireland, I have decided to make this post about how to better fit in as an American in Dublin. Although letting you in on some trade secrets of a 4-month study abroad student may seem like cheating, I would have liked to have known some of these things before I arrived. Also, it just seemed like a fun way to close out my time here. However, don’t worry, I have one last post after this, but it will be written as a reflection on my time here.

Do not put any stock in online articles telling you how to dress in Ireland. I know that I read a few that told me that only American tourists wear jeans. This is nonsense. Everyone wears jeans everywhere. In addition, some articles are going to tell you to pack tons of heavy sweaters. Once again, this is nonsense and will only take up space in your luggage. Pack a good jacket and some sweaters if you’re a sweater person and you’ll be fine.

The weather in Ireland is not as awful as people like to paint it. I was expecting it to rain all the time and be constantly gray. I brought rain boots that I never used, and although a rain jacket was useful, I didn’t wear it nearly as much as I thought. The rain comes and goes here and rarely sticks around. Don’t sweat it. Ireland has a beautiful, temperate climate that changes on a dime. 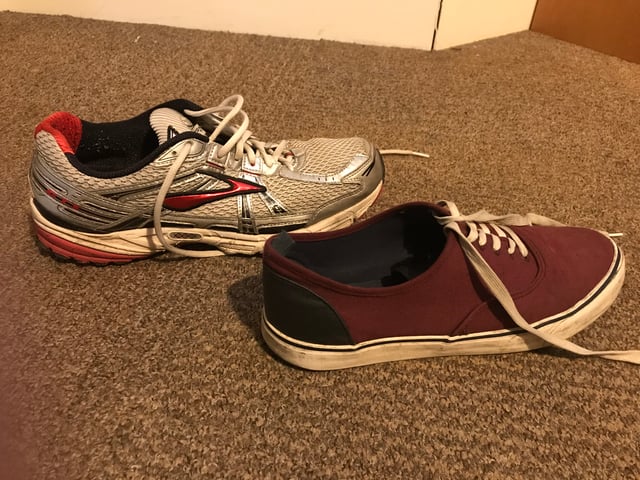 An example of an American shoe compared to a more European style.

The Irish are going to be able to tell that you’re American from your shoes. I know it sounds crazy, but having been here for 4 months, I can do the same. American sneakers have a certain style that no one in Ireland would be caught dead in. I can’t quite put my finger on it and I’m not really a shoe guy, but the Irish wear either nice shoes or Vans-style sneakers out and about.

The wait staff is not going to bring you the check. If you go out to a restaurant, it's considered rude to give a customer the check because it means that you want them to leave. When I first arrived in Ireland, I sat around for 45 minutes in a restaurant fruitlessly waiting for my waiter to bring the check and awkwardly making eye contact in an attempt to communicate my impatience. You either have to flag down the wait staff and politely ask for the check or go up to the counter and pay.

Jaywalking is not a choice in Dublin: it’s a way of life. Everyone jaywalks constantly. If you want to get across town quickly like a local, follow suit (please be safe and look both ways, obviously). It takes some time to get used to, but once you get the hang of it, you’ll look and feel like a regular Dubliner. However, transitioning to other countries in Europe will be a shock. For instance, in Germany, everyone waits for the crossing light and it threw me for a loop. 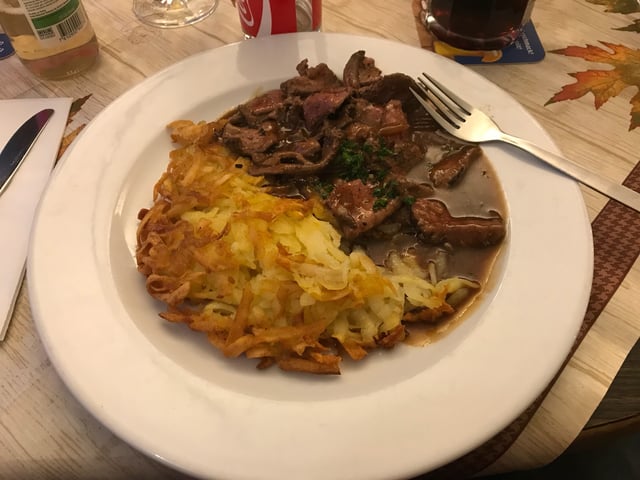 Irish food keeps you full for a longer time.

You are going to eat more in Dublin. I don’t know what preservatives or additives are put into the food in America, but it keeps you full for longer with the same portion size. In Ireland, I have to eat twice as much as I do at home because I will have a meal and then be hungry an hour or two later. I’m not the only one who experiences this as well; everyone who I’ve talked to about it has the same issue. I see it as a compliment to the quality of Ireland’s food (which is far superior) and a worrying note on the American food industry.

Almost everything closes by 10:00 p.m. Restaurants are typically the last to close up shop every night but expect that you’ll have a difficult time finding anything that’s open for business past 10:00. If you need to go shopping, make sure that you do it earlier. As an American, I was used to 24-hour stores and this is not a feature of Irish life. 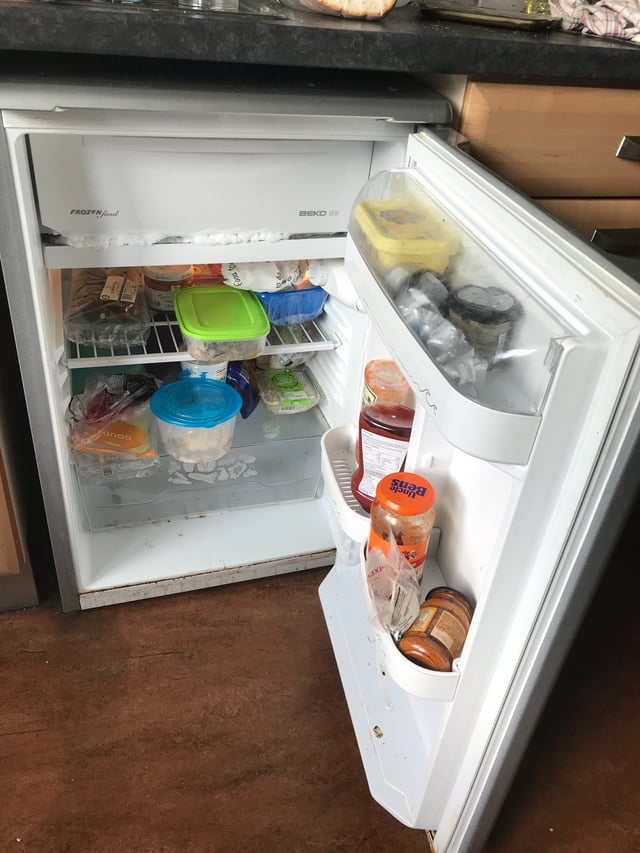 An example of the fridge size in the Griffith dorm.

You do not need to refrigerate eggs, tomatoes, onions, and most fruit. You should use all of these food products before they go bad, but there is no reason to put them in the refrigerator. The provided refrigerator in your Griffith dorm is not a spacious, American-style fridge. It’s closer to a mini-fridge, and you’re sharing it with three other roommates. As an American, I put way more products into the fridge than I needed, and I learned my lesson. Free shelves are hard to come by and should be saved for those items that need to be kept cold.

The type of change you should keep.

Unlike in America, those loose coins are actually worth something in Europe. You have 1-euro and 2-euro coins, along with 50-cent coins. My wallet doesn’t have a place to put coins because they’re basically useless at home, so I had to carry around pockets full of change. If you don’t end up purchasing anything with your change, save it on your desk to pay for the washer and dryer at Griffith.

You do not need to tip at most establishments. In America its almost sacrilege not to tip, but here in Ireland it’s not expected. There is often a service charge included in the bill, so don’t worry about it. This doesn’t hold for personal services such as hairdressing, however. Some people will also tip their taxi drivers, but it’s acceptable not to.

I hope you enjoyed this list of how to act more like Dubliner. I look forward to writing my final reflection on this amazing experience, and wish you nothing but the best!