Whether you're studying abroad in London now, heading there soon and making your bucket list or just back in the United States and reminiscing about the food in England, here are 10 resources you'll appreciate. 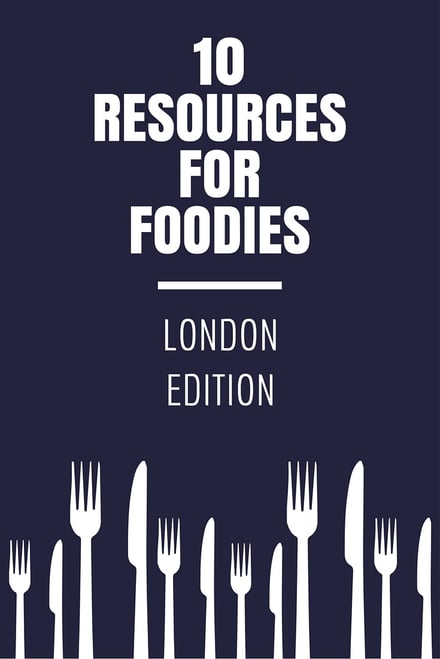 1. EATING LONDON TOURS. Fish and chips, salt beef bagels, curry, bread pudding: These are just some of the tastes you'll experience if you join in on the Eating London Tours around the East End. As you eat your way around the neighborhood, you'll also learn about this history of the area, the architecture and the street art the area has become known for around the world. The knowledgeable and enthusiastic team also run a tour for the night owls among you. They'll guide you around Soho at twilight to feast on pie, Chinese buns, tacos, Spanish tapas and more. You'll learn a lot about the area itself too: about the British Invasion era bands, the local history and stories of landmarks you'll spot along the way.

2. LONDON COOKBOOKS. Britain has long ago shed its reputation for terrible food, but it's no secret that dining out in London can be expensive. The good news is that there are plenty of places you can find recipes to re-create some of the best dishes - both in your London flat and when you return home. Pinterest is one option, but if you're like us and love the good old-fashioned cookbook, here are a few that show you how to make food from London restaurants. Or, if you're looking for British food generally, try: The Great British Bake Off; Great British Book of Baking; Tom Kerridge's Proper Pub Food; The Gilbert Scott Book of British Food and The London Cookbook. In October 2016, we'll welcome the release of The London Cookbook: Recipes from the Restaurants, Cafes, and Hole-in-the-Wall Gems of a Modern City! 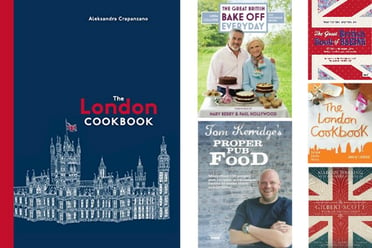 3. LONDON FOOD BLOGS. London has a huge blogger community and a good number of those are dedicated to exploring the city's food scene. Some of our favorites include London Eater by food photographer Kang Leong (who even has a cat named Porkchop due to a great love of food); The London Foodie by former investment banker turned Cordon Bleu trained chef Luiz Hara (who also hosts a supper club in Islington); Samphire and Salsify by Dominic Rowntree who keeps us in the know with his "#pending" and "#trending" features; London Street Foodie by Victoria Stewart who knows where to find all of the best food trucks; Gentlemens Luncheon Club by four friends: Phil Coombe, Liam Plowman, Dickie Dolan and Gary Robinson; and Silverspoon London, written by the lovely Angi Silver who lives for a bit of foodie luxury (and she's a big fan of travel too!).

4. SPECIAL DIETS IN LONDON. As you would expect of a global city with an incredibly diverse population, you won't need to look too far in London to find a great meal that also caters to your dietary restrictions. The biggest resource for vegans is called Vegan London (easy to remember then). We interviewed founder Brian Jacobs a few years ago on CAPA World! Vegetarians will find plenty of useful information there as well. For those of you eating gluten-free, Time Out has you covered. If you're simply on a health kick, The Resident shared 15 of their favorite healthy-eating restaurants in London. And, for those of you who have specific dietary restrictions due to your religion, have a look at Halal Girl About Town for a Halal-friendly restaurant directory or The Standard's list of places to find London's best kosher food. 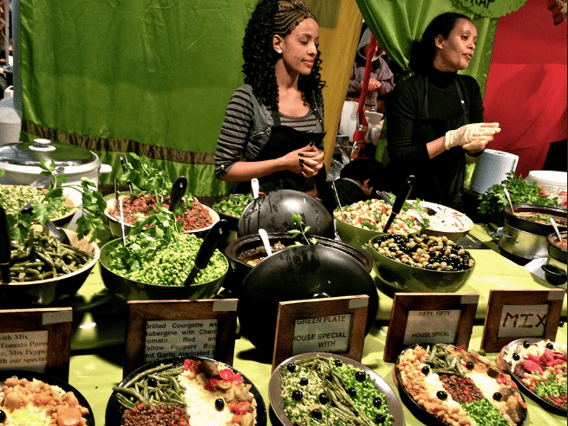 5. LONDON FOOD FESTIVALS. If if the weather doesn't always cooperate, Londoners love a festival, especially when it revolves around food! April sees the London Coffee Festival which means barista competitions, Instagramable latte art, DJs and interactive workshops. May brings us the BBC Good Food Show Summer In The City with celebrity chef interviews and live cooking on stage as well as Foodies Festival in Syon Park where you can stock up on artisan goods, compete in a chili-eating competition and mingle with food writers. June brings the al fresco food celebration with Taste of London in Regent's Park which turns into a giant picnic fueled by mini specialty dishes from the city's best chefs (including some with Michelin stars). In July, we have another round of Foodies Festival, this time in Blackheath. The Foodies are the UK's biggest celebration of food and drink. The BBC Good Food Festival comes at the end of August. Besides the obvious food focus, there's roaming circus performers providing entertainment. There's another Foodies Festival at Alexander Palace the same weekend. Here's a food festival rundown from London Town.

6. LONDON FOOD BOOKS. In a city full of foodies, everyone wants to share their insider tips on the cheapest eats, the quietest places to enjoy a coffee and the little local gems in different neighborhoods. Each book offers something slightly different. Here's a list of just a few you'll find on Amazon, to show you round the city through a fellow foodie's eyes: Local Eats London, Time Out London Top 100 Cheap Eats, London for Foodies, Gourmets & Gluttons, A Foodie's Guide to London, The London Coffee Guide, Quiet London: Food and Drink, Eat London 2, Tea and Cake London, Meat London: An Insider's Guide, Must Eat London: An Eclectic Selection of Culinary Locations, A Guide to London's Classic Cafes and Fish and Chip Shops, 111 Coffee Shops in London That You Must Not Miss, Cafe Life London: An Insider's Guide to the City's Neighborhood Cafes! Happy reading and exploring with your taste buds leading the way.

7. LONDON FOOD DIRECTORIES. If you don't like the idea of collecting weight on your travels with the books above, hop onto your wifi for some digital guides to London's unmissable foodie spots. Start with Trip Advisor's list of 16,981 of the city's restaurants, rated. Don't forget to check the comments and add your own. For a slightly smaller list that's full of student budget-friendly picks, Time Out has compiled a list of the city's best cheap eats. Londonist has a fun post with links to other posts they've written, organized by nationality like Burmese food or dishes from Nigeria as well as by restaurant type (airport food, solo dining, strange) and by some interesting food types (cauliflower, gelato, hot sauce, Southern USA). All in London has the city's best 100 restaurants. 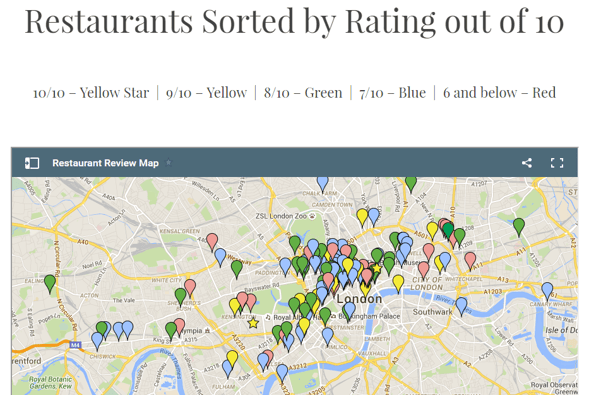 8. LONDON FOOD DELIVERY SERVICES. Feeling a bit lazy or stuck inside on one of London's famous rainy days? Order in! There are a lot of different delivery services to choose from depending on what you want. You'll see the Deliveroo bikes all over the city, for example. This is a service that lets you place orders from a variety of restaurants so you can have your burger, pizza, pho, etc all in about 30 minutes. There's also Henchman App. This lets you hire someone (for a price, of course) to buzz around the city picking up anything you need: bubble tea, dinner, your dry cleaning, a new toothbrush... You can choose by type of cuisine - from American to Halal to Korean to Pakistani and everything in between. A few others to try are Eat First (for chef-made meals) and Feast (who specialize in late night deliveries from 11pm-5am). If you're in the mood to cook, you can have ingredients delivered from the likes of Ocado or Tesco. 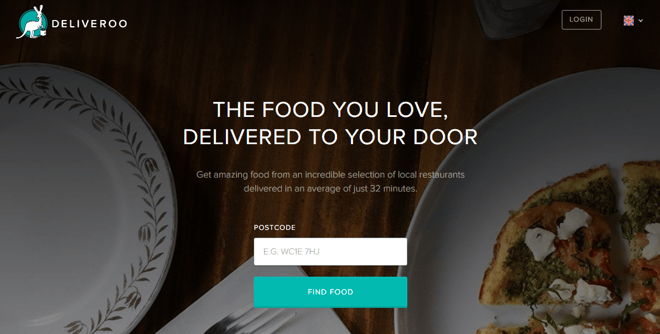 9. LONDON FOODIES ON INSTAGRAM. Follow #foodporn on Instagram and, at the time of writing this post, there are almost 90,000,000 photos using this tag. That's a lot of food. #Londonfood, more specifically, has #100k posts and #London foodie has another 60k. Plenty of inspiration there then. To name but a few, some of our favorites to follow are @clerkenwellboyec1 (called "London's foodie superhero by The Guardian); @dandoherty_ (head chef at London's Duck and Waffle restaurant); @breakfastLondon (for the best meal of the day around the capital); @felicityspector (food writer extraordinaire) and @angiesilverspoon (food blogger and traveler who is always eating food that makes us jealous). 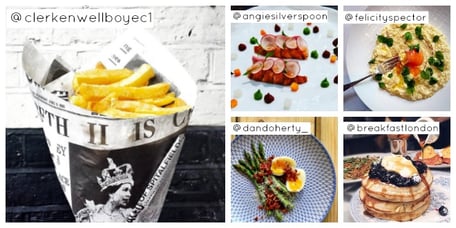 10. LONDON POP UPS, SUPPERCLUBS & RESTAURANT BOOKINGS. A city full of surprises, London will keep you on its toes with its never ending schedule of pop-up shops, cafes and restaurants. Stay on top of the game with London Popups so you don't miss out on some of the coolest experiences that vanish just as quickly as they appear. For something else that will appeal to your deepest foodie side, try one of the supperclubs that slip under the radar of most tourists. The Supperclub Fan Group on Ning has up to date information on the latest dates and locations. They even have listings for secret tea parties, and who can say no to that? If it's a more traditional restaurant you're looking for, make sure you book ahead. Some of the trendier restaurants won't let you and you'll find long lines outside, but for those of you who don't have the patience or desire to wait, skip on over to Book a Table or Open Table to make a booking at one of the many restaurants that still allow it! 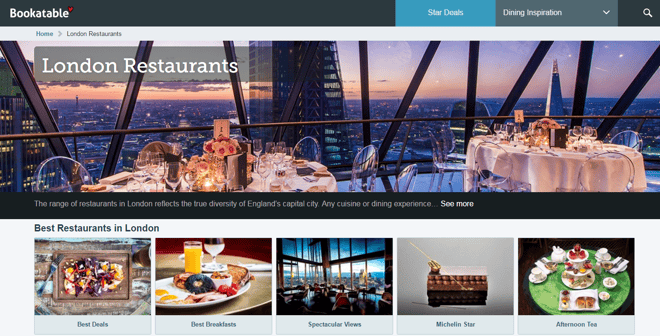