When you go somewhere different, you're bound to have new encounters. In this week's post, Imani lists 10 differences between the US and China based on her observations. From underground markets to expansive subway systems, she covers what you can expect from everyday life there.

Now don’t get me wrong, the US has many marvelous attractions like the Statue of Liberty, the Liberty Bell, and the Washington Monument, but because Chinese civilization dates back further, China has many attractions that you wouldn’t see in the US. We’re talking the Great Wall, the water city of Suzhou, the Forbidden City, Tiananmen Square and the summer palace in Beijing. China also has extravagant gardens and parks such as Yu Garden (Yu Yuan), Fuxing Park, and Fuxingdao Park. 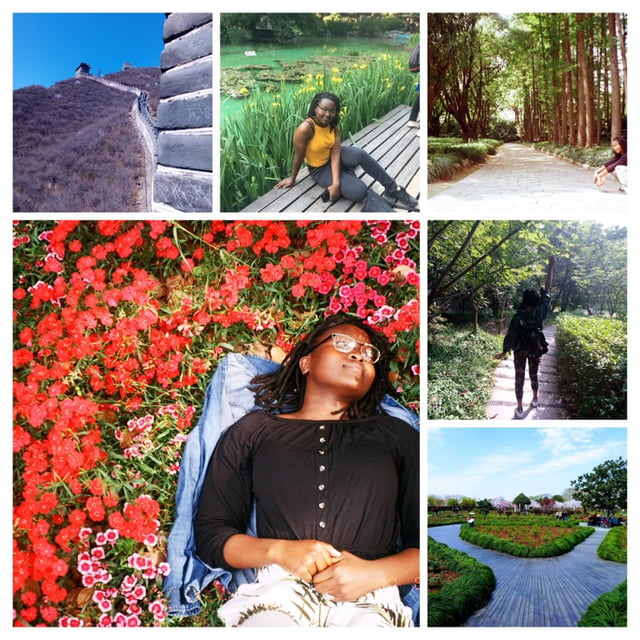 Going to a lot of parks and monuments fill up the days.
Going to the Botanical Garden, Fuxingdao Park, and the Great Wall are my favorite moments shown here.

Compared to the US, the Chinese subway system was quickly built at such a large scale. It’s a lot safer and looks a lot cleaner; although, the signs saying “no spitting” doesn’t make me feel too confident in that. The metro trains have TVs in each car to display subway rules, movie trailers, and other ads. I love how big the subway system is. I love the fact that I can go to Disneyland by metro (no need for a car).

While living in the US (Maryland), the most weather-related issue I had to face was the cold (most recently maybe a tornado or hurricane warning once a year). In China, I would have to also worry about air quality. I am told that some Chinese people check the PM2.5 (particulate matter measurement) every morning.

If you love change and seeing new things, Shanghai is the place for you. Change is happening constantly and QUICKLY. China is constantly fixing old things and adding new ones. A cake shop was built and opened up in less than three weeks. In the dorms at ECNU, we recently got hot water filters on all of the floors in two weeks. A shipyard is turning into some sort of mall/art exhibit with very fancy and expensive restaurants. Forever 21 is moving out of China. Everywhere I go I see either a tractor or bulldozer. It makes me want to come back to see what Shanghai would look like in three to six months from now.

As an otaku (anime geek), I’m always impressed by how much effort someone puts into their cosplay. Surprisingly, when I came to China, I didn’t expect to see any cosplay at all. Back at home, when you see people in cosplay it usually means that there is an anime convention in town. Here, it's more of a fashion choice. Another difference is that at home people are dressed in actual anime cosplay (they would dress as their favorite character in Black Butler, Naruto, or Sword Art Online). Here, they dress in Lolita or another Chinese style called 汉服 (Hàn Fú). I would describe this as more of a fashion choice than cosplay because it’s not of a specific character. It’s different to see that they wear it because they want to rather than copying off of a certain character. 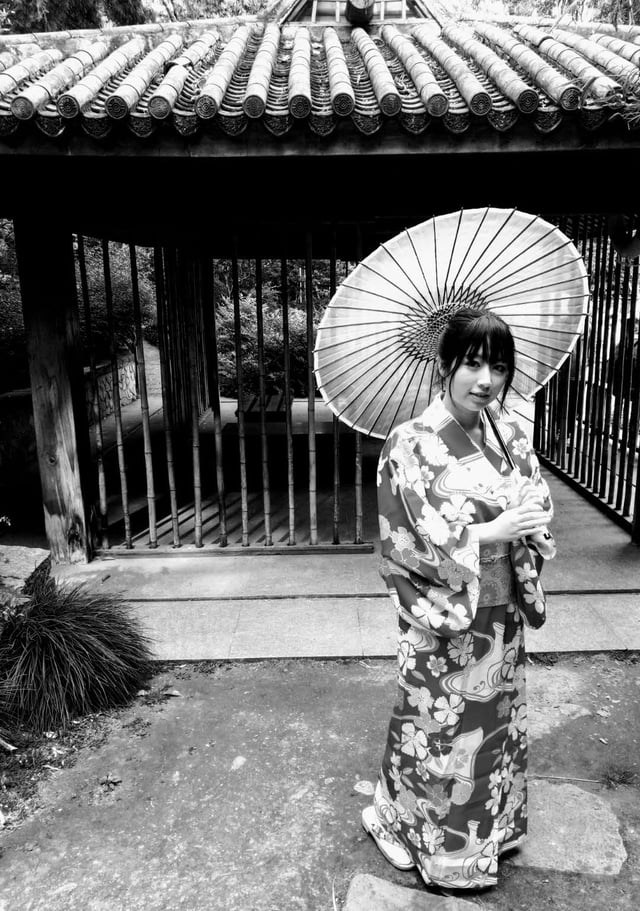 It's always interesting to see traditional Chinese architecture because it's not often seen in the west. And to see it mixed with the western style apartment buildings in downtown Shanghai, I think it's an amazing example of what China is doing. Westernization is becoming very big in China. The western-themed towns like Thames Town are very beautiful and they make me feel more at home. 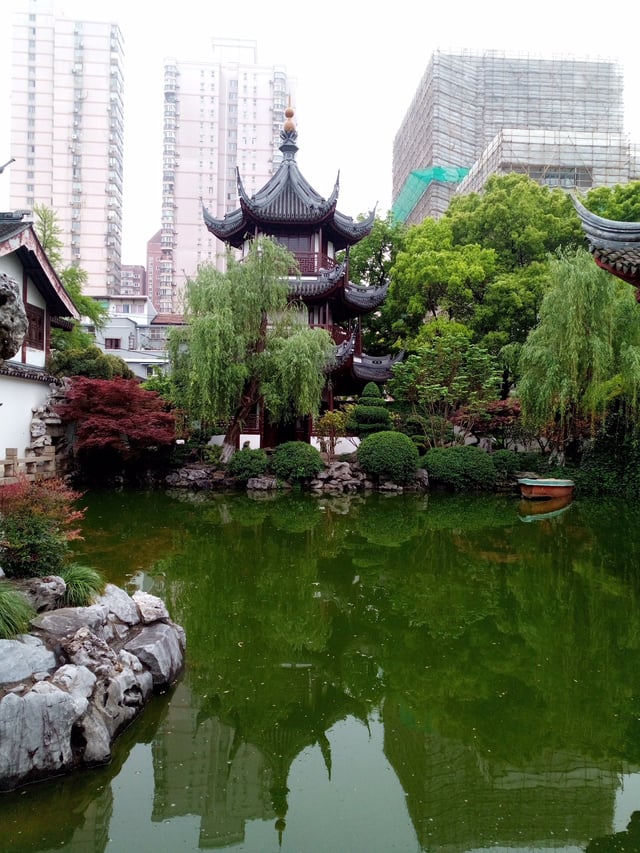 On a field trip at Confucius Temple. It’s very beautiful.

For the most part the shopping malls are the same; however, there are some differences that made me look twice. For one, the shopping malls in Shanghai are much bigger than the ones I’m used to at home. They are so big that the same shop would be in three different locations in the mall. Also, there are events where famous actors come into the mall or there are art exhibits set up within the mall, or maybe a giant game of mahjong is played. The stores are also a little different. It's as if each piece of clothing is on display. Rather than shopping for your own size on the rack, you have to ask for your size at the register. There are also underground markets that sell fake products like Balenciaga, Gucci, and Tiffany jewelry. I believe that is illegal in the US, but it’s a very prideful industry in China. 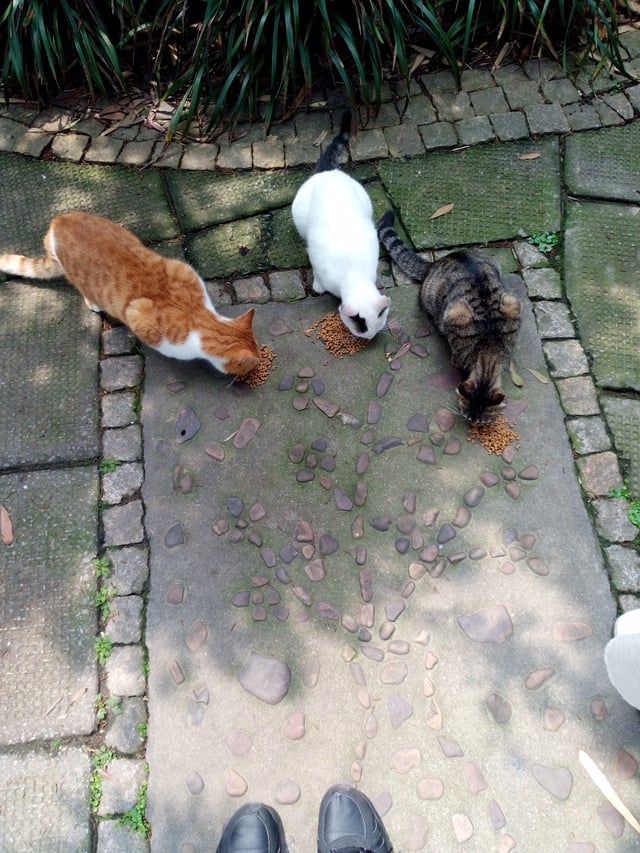 Feeding the cats give me so much joy and is a good break from writing my essays.

In the US I never see a stray cat or dog anywhere. I always have to go to a pet shop to look at one. Coming to China, I was extremely happy to see that I can feed a cat anytime I want. I wouldn’t pet the stray cats or dogs here, but they are nice to look at up close. 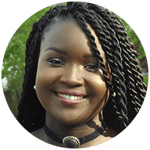