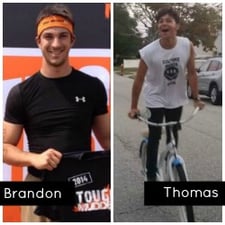 In this week's post, our official CAPA blogger Brandon and official CAPA vlogger Thomas - both in Sydney - decided to team up to talk about accents in Australia.

Words below by Brandon; video by Thomas!

In your best American accent, I want you to say these three words: good eye might. Now say them a little faster. And faster. Blend them together. Faster again! Faster and forget about annunciation! Andddddd…. I believe you just said G’day mate. Right? See, you’re well on your way to sounding just like an Aussie! 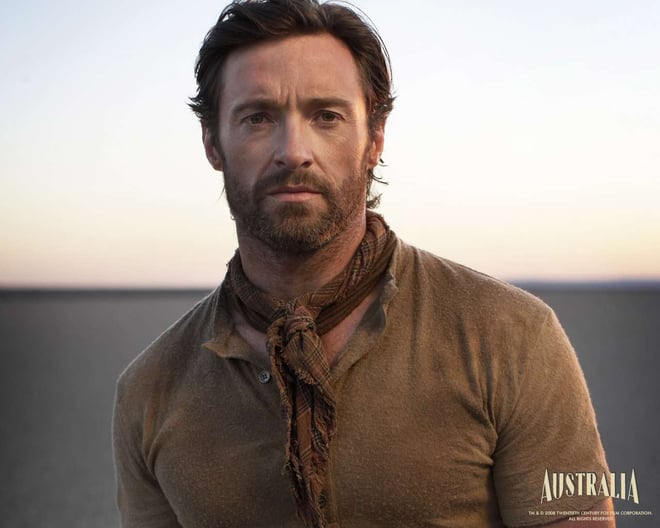 Alright, mates, blokes, sheilas… it is time to learn about the Australian language. Just kidding, they speak English here, or at least some form of it.

This blog is in being written in conjunction with Thomas’ vlog, so this will make more sense if you watch/read them with each other. Before I go on, watch his “Talk Aussie to Me” video:

Australian English is full of slang and obviously they [Aussies] have an accent. So if you’ve ever been curious to learn about Australian slang or how to talk like an Australian, this blog is for you! *Please keep in mind that I have spent my entire life in the United States and don’t pretend to know all of the subtleties of Australian slang or the accent. What follows is just some of what I’ve learned from research, talking to locals, and words and nuances that I’ve picked up on since I’ve been here.* Here goes!

G’day mate! How ya goin'? Let’s throw some shrimp on the barbie, go outback tonight, and crack open a couple Fosters. I don’t think I can stereotype American’s view of Australian slang better than this. Firstly, a little lesson on some of these stereotypes. G’day mate is actually used here. Everyone is your mate, perfect in case you forget someone’s name! How ya going? = How are you doing? Shrimp is called prawn here. BBQ’s are pretty much ingrained into the culture. Fun fact: the founders of the Outback Steakhouse have never been to Australia and the person who is the iconic commercial voice is from New Zealand. And finally, Fosters is NOT Australian for beer… they have tons of different beers like Coopers, Cascades, and Tooheys.

Australians generally do not speak like Crocodile Dundee, sorry to disappoint you. That drawl is on one extreme of the accent spectrum. And just like in the United States, there are different accents in different parts of the country. I’ve found that accents closer to the city tend to resemble British or American accents, while still keeping an Australian touch. But once you get out of Sydney, what I consider, the ‘real’ Australian accent is more commonly found. 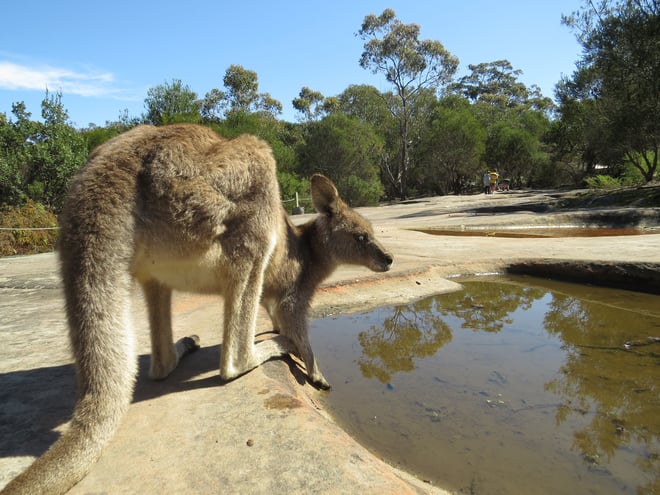 Now onto the good stuff. I’m going to lay down some ground rules that will help you get started on learning to talk like an Aussie. The Australian language is a very lazy language. By that, I mean sentences flow together and the end of words are sometimes indistinguishable or are just cut off. Here is a list of some tips and guidelines.

TIP #1: Abbreviate EVERYTHING. Breakfast = brekkie. Afternoon = arvo. McDonalds = Maccas. Definitely = defo and so on and so forth. (You can probably make stuff up and it will sound right, no worries. Just shorten the word and add o, i, e, or y.)

TIP #5: Long “o”s are really, really hard to pronounce. As in the word “No.” Say it like “nar” and chew the word and transform it into having a A-O sound. Good luck here!

TIP #8: The “ah” sound in words like “that or hat” sounds like the “eh” from egg. So, “That hat” should sound like “Theht heht.” This one just takes practice and my phonetic tip might not be the best here.

TIP #9: Chew your words before you say them. Aussies don’t annunciate like Americans do. When Australians talk, it seems that they don’t open their mouths very much and words just blend together. (This will make more sense when watching the video above!).

TIP #11: End sentences with a rising inflection, even if it isn’t a question. (Your voice should rise at the end of the sentence kind of like you are a little surprised.)

TIP #12: No need to shout, unless you’re buying a round of drinks. Aussies speak more quietly than some people (aka – stereotypical Americans) as a matter of common courtesy.

TIP #15: Find some “trigger” words to help you get into Aussie character. Try saying the words: Australian (Strayan), like, might, right, fight, dire, mate, date, no, hat, water bottle, catching, running, and together. If you can master the sounds of words that you are comfortable with, you can move on to new words!

TIP #16: For fun, you should overemphasize the trigger words that I suggested and do you best Steve Irwin or Crocodile Dundee impression. Once you’ve done that, you can dial it back a little and you’ll sound more like everyday Australian people.

Despite having about zero credibility on being an Australian and talking like one, I hope these tips help you and I promise that I have not intentionally led you astray. There are innumerable variations of the Australian accent, so whatever you come up with can be your own version or might even match up with a different part of Australia! Check out YouTube or the vlog above for more tips and tricks on how to speak with an Aussie accent! See ya latah!

Thanks Brandon and Thomas!