19 Photos from the CAPA Excursion to Beijing, The Forbidden City, and the Great Wall

Pack your bags because we are taking a high-speed train to Beijing! Is The Great Wall of China on your list of places to go before you die? Have you wondered how to make your way to The Forbidden City? Well, in today's post, Absa will show you around all these places and more. Together with her CAPA classmates, she spent the weekend in the prominent Chinese city where they toured some of the most historic spots in the world and spent time taking in the local culture.

Going to Beijing was definitely a highlight for me. The opportunity to see another city besides Shanghai offered a new perspective coupled with Beijing being the administration capital of China. The CAPA staff who organized and came on the trip made it a lot easier to navigate around the city. CAPA students buying a Subway sandwich for breakfast at the Shanghai Rail Station.

The biggest bonus of this weekend in Beijing is the opportunity to hike the Great Wall of China, one of the seven medieval wonders of the world. 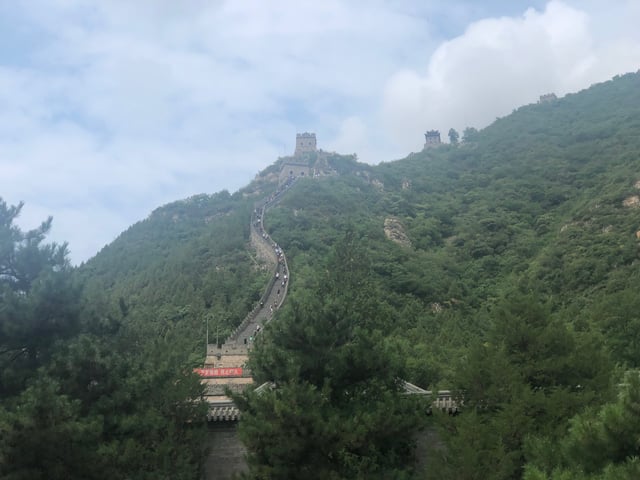 The Great Wall of China.

During this weekend, I had the opportunity to visit The Forbidden City, Summer Palace and the Fudongs in addition to the visit to the Great Wall.

We left early Friday morning and took the speed train for four-and-a-half hours from Shanghai to Beijing. The journey was long but the train was comfy. When we arrived in Beijing, we went to the Pearl Market. The Pearl Market is the largest jewelry market in Beijing. They sell fashion goods including fake products of brands and electronics. 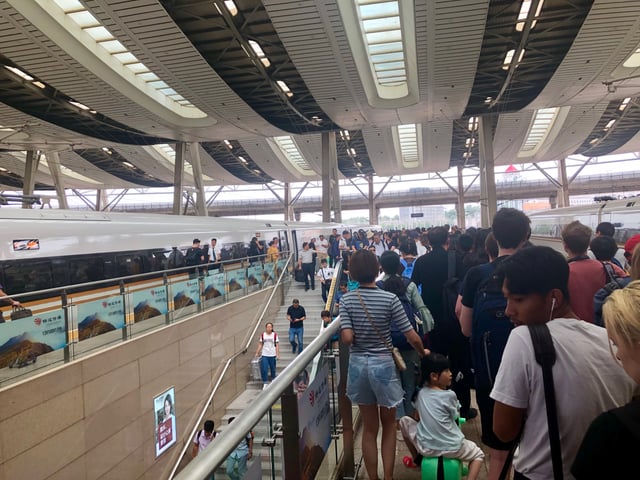 The next day, we went to the touristy sites, using the metro with Beijing metro cards given to us by CAPA, starting at Tiananmen Square, known around the world for the 1989 student protest for democracy. Because of this history, Tiananmen Square has very tight security. Anyone who goes to the area must carry an ID with them including the locals. So we queued in the crowded Tiananmen Square and went through security to get to the Forbidden City. 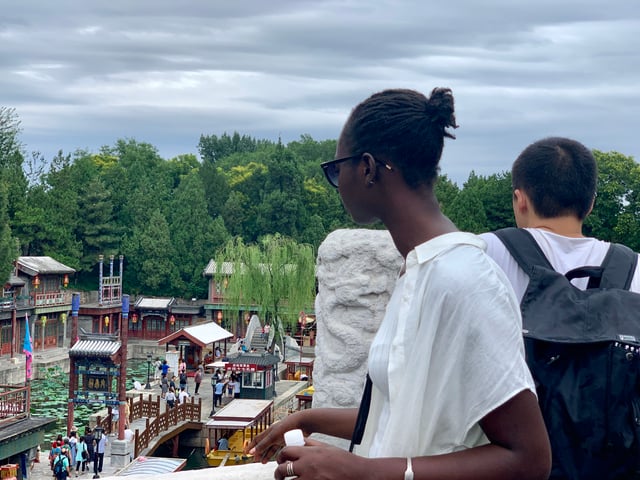 Here I am looking down at the beautiful buildings at the Summer Palace.

The Forbidden City was the political headquarters of the Ming and Qing dynasties from the 14th through the 20th centuries. It was a place forbidden for commoners at the time, hence the name. It was in 1925 that it was transformed to Palace Museum which has artifacts and jewelry and symbolic items of members of the royal family during the dynasties and the history of China. 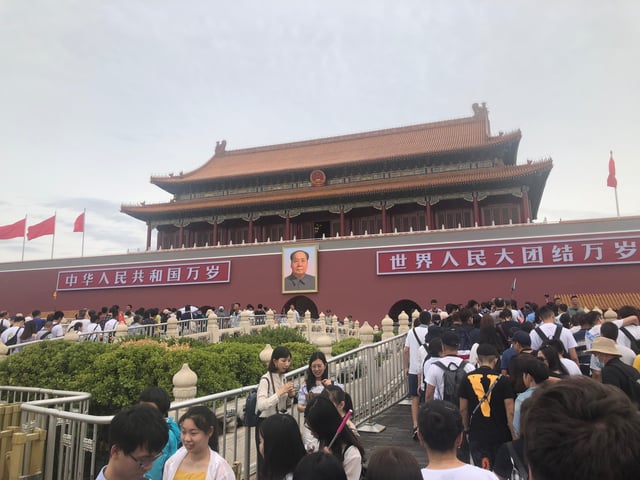 The entrance of the Forbidden City with a photo of Chairman Mao.

Then to the Summer Palace. 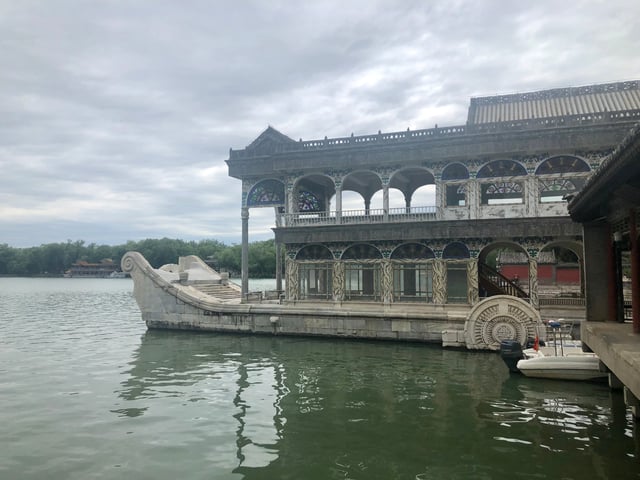 The day ended with a visited Hutong, famous for its old foreign buildings, and we had a CAPA-hosted dinner. 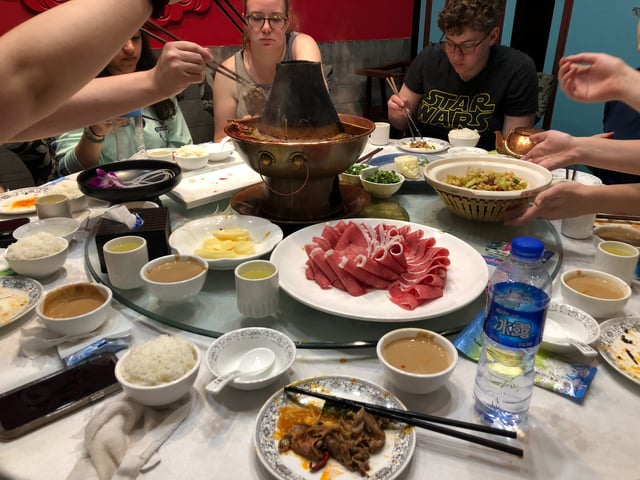 A CAPA-funded lunch on our last day in Beijing.

On Sunday, before our return to Shanghai, we climb the Great Wall of China on the Juyongguan trail. 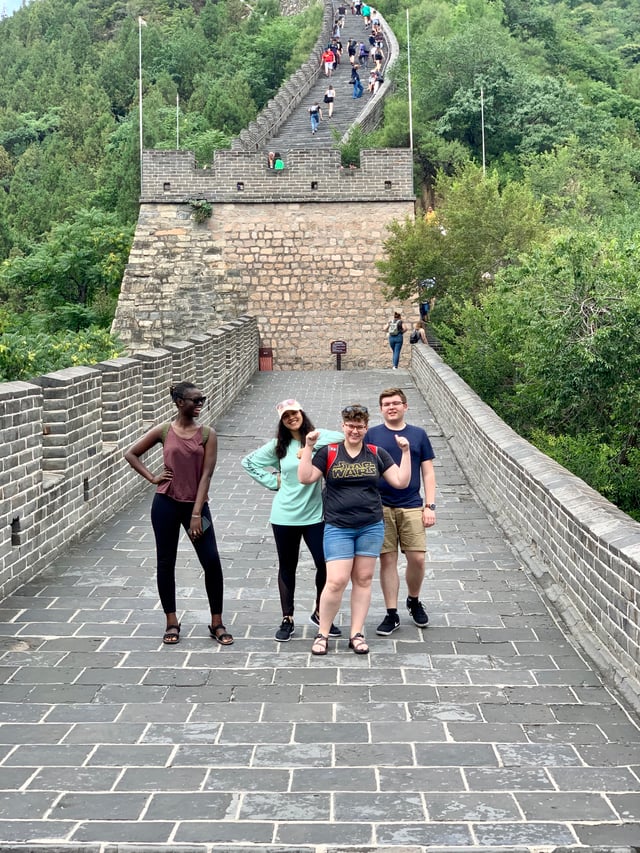 The joy of hiking the Great Wall.

The trip was a lot of fun. I particularly enjoyed it a lot.

Here are more photos from the trip: 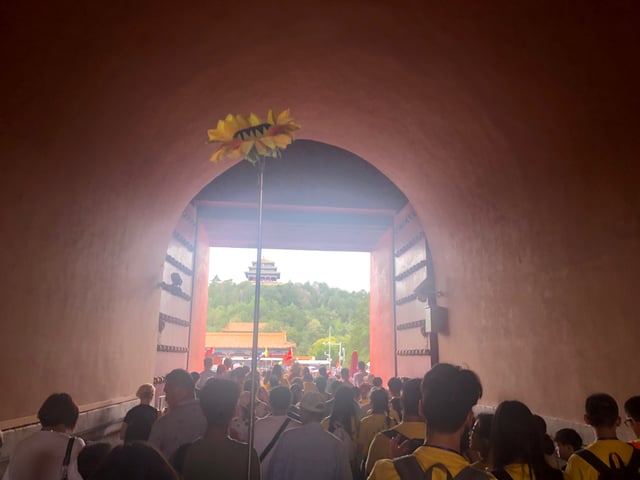 A congested crowd as people walk through the entrance of the Forbidden City. 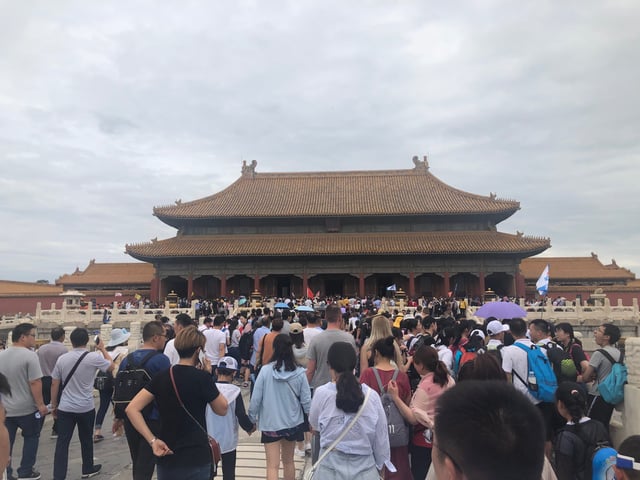 A crowd of people tour the Forbidden City. 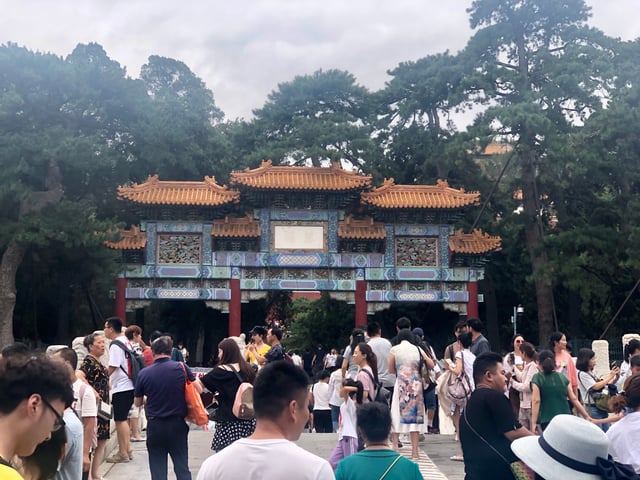 The entrance of the Summer Palace. 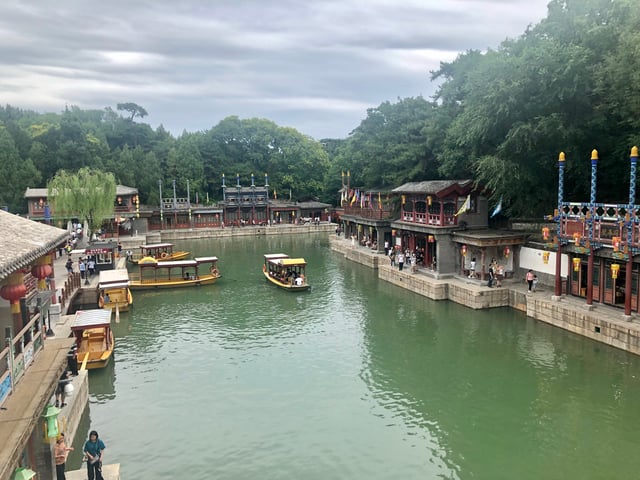 A lake beautifully located within the Summer Palace.

Lauren (CAPA Shanghai vlogger), Sadie, and I pose for a selfie as we walk around the Forbidden City. 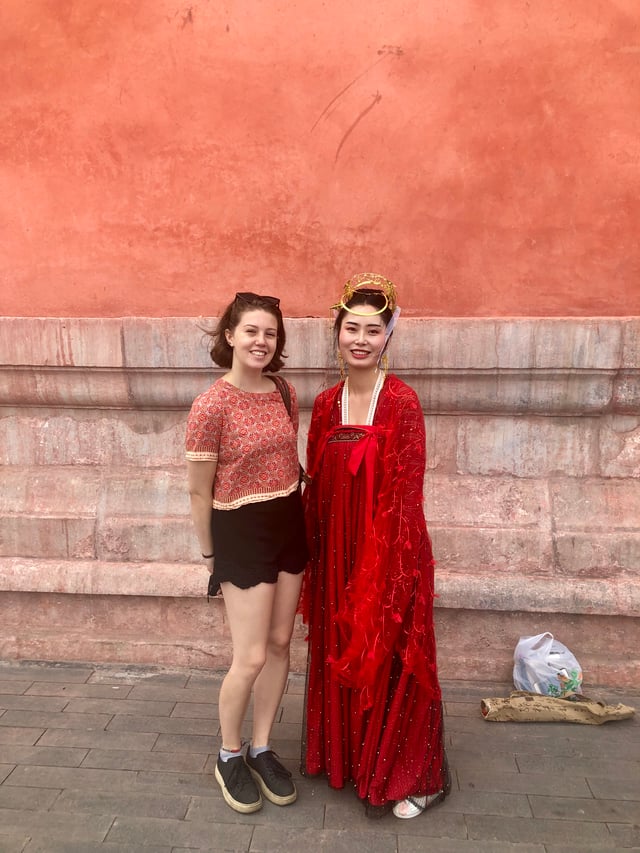 Sadie poses with a local. 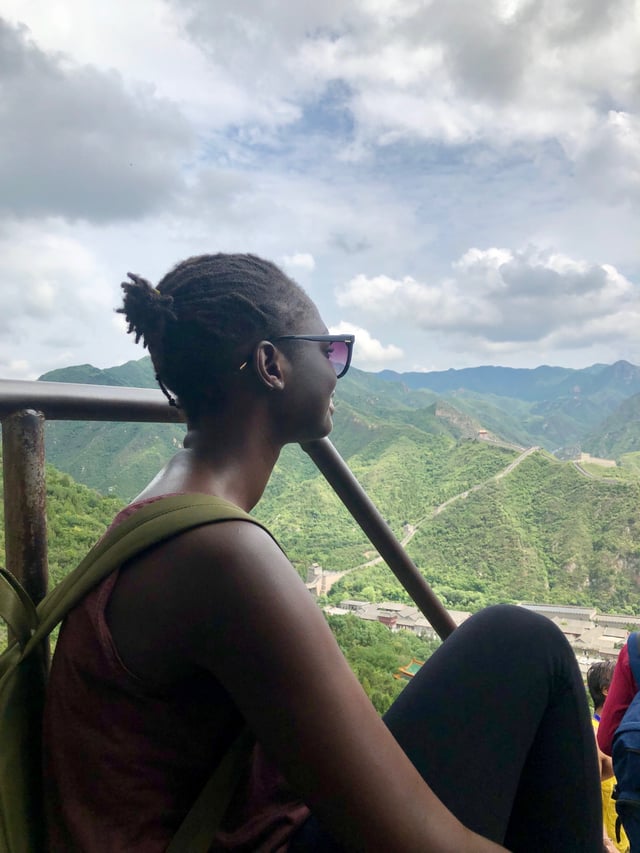 It's goo to be in the mountains near the Great Wall. A view from the Great Wall. 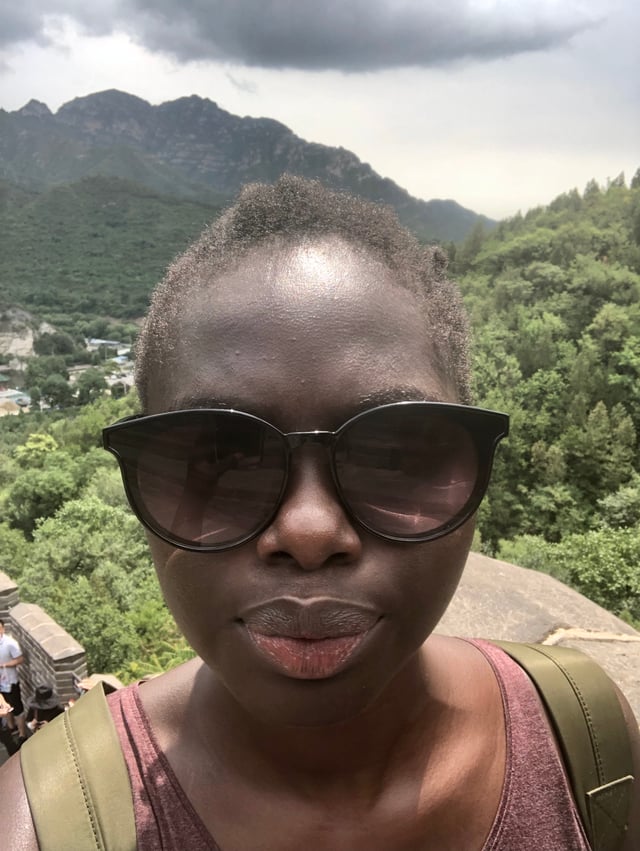 Just thought I'd pose for a selfie. 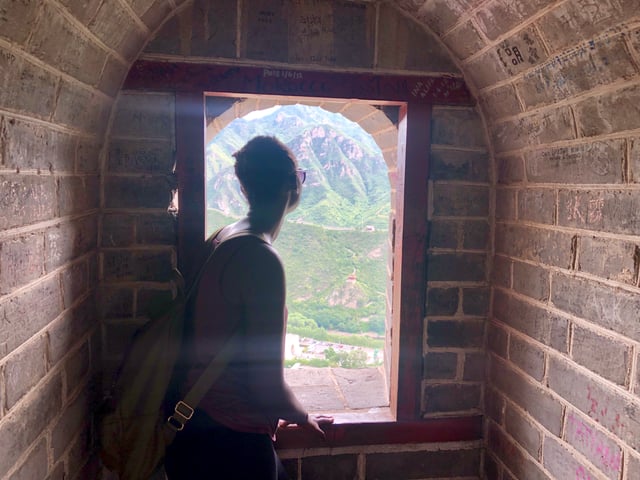 Looking at the view through a window on the Great Wall. One of the trails at the Great Wall. 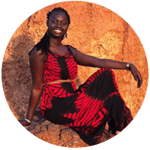 Absa Samba is an official CAPA blogger for summer 2019, sharing her story in recurring posts on CAPA World. A Social Work major at Champlain College, she is studying abroad in Shanghai on a custom program with CAPA and Champlain College this semester.