On This Day: China's Past & Why We should Never Forget December 13

Today is the 81st anniversary of an event that horrified the world. On December 13, 1937, during the 2nd Sino-Japanese War, Japanese troops attacked the then capital of China, Nanking (Nanjing) - the government already having relocated - and over six weeks, according to records and reports, murdered around 300,000 Nanjing citizens, including women and children. Today fewer than 400 survivors are still alive to tell the tale.

The story of the Nanjing Massacre has been well told in Iris Chang's 1997 book The Rape of Nanking and in several movies in recent years including "Nanking" ,"City of Life and Death", "John Rabe" and most recently "The Flowers of War". It was perhaps fitting that, along with my students, we watched the showing of "The City of Life and Death" in a large movie theater in Nanjing in 2009. We were a small Western group in a cinema packed with locals and it was impossible not to feel the tears of the audience that night. I wondered how many in that very audience had lost grandparents and other kin in that massacre.

In Nanjing of 1937, where life had become a living Hell, the loss of life could have been higher but for the heroics of foreigners in the city who sheltered locals in the International Safety Zone not invaded by Japanese troops. More than 20 Westerners decided to stay behind regardless of their embassies' advice to evacuate. They decided to set up an international rescue organization called "The International Committee for Nanjing Safety Zone" in the hope that there would be a sheltering place for the people who did not manage to evacuate when the war broke out.The Zone was located in the northwest part of Nanjing,covering an area of 3.86 square kilometers. Inside the zone were the embassies of the United States, Italy, Japan and the Netherlands as well as some Western church agencies. During that particular period, 25 refugee camps were set up in that zone. At the maximum, they accommodated as many as 250,000 locals. 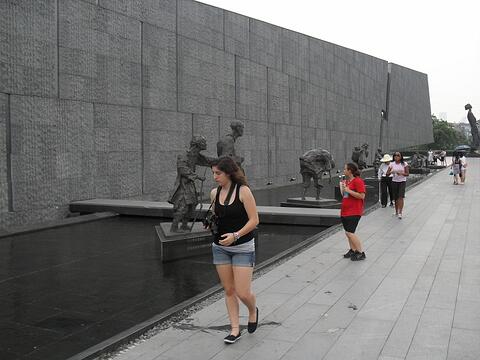 In the hope that such atrocities will lead the world to turn against future wars, these tragic deaths are forever remembered in the Nanjing Massacre Memorial Museum, one of many of China's free entry museums. The Museum is located in the southwestern corner of Nanjing known as Jiangdongmen, which used to be one of the execution grounds and mass burial places of the cruel holocaust. When I first came to Nanjing, I knew this Museum had first opened in 1985 but it was under renovation and I eagerly awaited its completion. It was worth the wait.

It is hard to visit the Nanjing Massacre Memorial Museum without being overcome with emotion at the story skillfully told in pictures, writings and even by the visible bones of some of the dead. Starting with graphic sculptures outside the museum, on entering the grounds the 300,000 statistics are clearly visible . 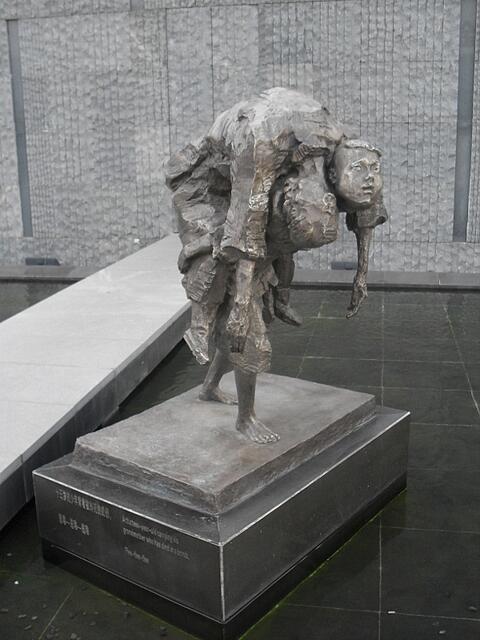 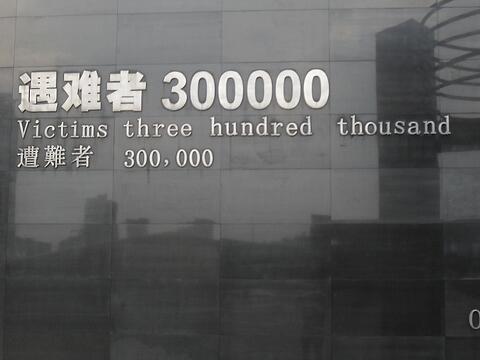 The main display is housed in an eerily quiet hall with a sombre feel and no photos allowed. 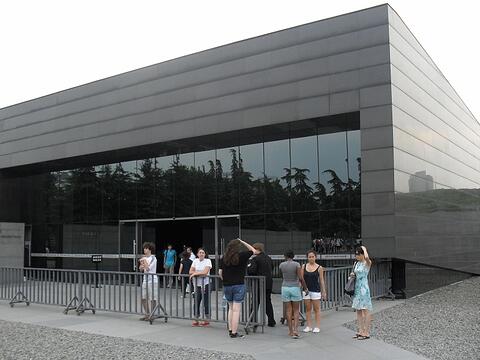 It can take an hour to absorb all the information inside. Eventually one emerges back into the light and can admire the Peace Statue of future hope. 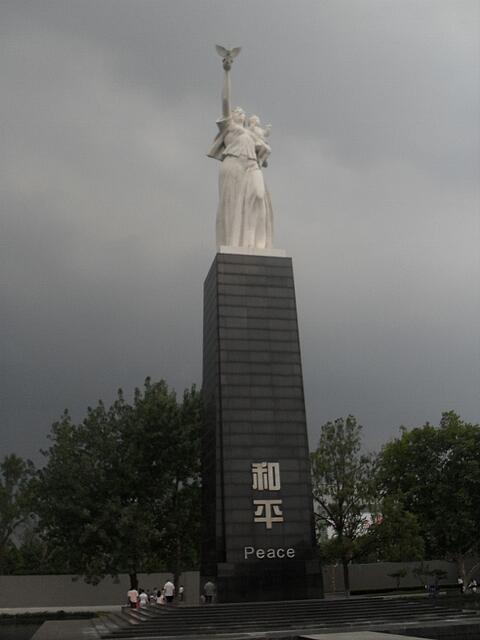 Sadly to dent that hope, in Japan, there has been a debate over the extent and nature of the massacre. Denial by some in Japan of the massacre is seen as part of an overall unwillingness on Japan's part to admit and apologize for its aggression, and debate over the massacre, or a perceived insensitivity regarding the killings, makes for complications in the relations between Japan and China. Yet evidence continues to mount, and days ahead of the 75th anniversary of the Nanking Massacre, four books containing precious historical records about the atrocity were published in Jiangsu Province, of which Nanjing is the provincial capital.

It took a long time for the Japanese soldiers to march from conquered Shanghai to Nanjing in 1937, but thanks to the modern technology of the high speed G trains, visitors to Shanghai today can reach Nanjing in little over an hour. A quick change at Nanjing South Station to the latest part of subway line 1 and soon one can arrive at the Museum stop (Yunjin Lu Station). It is well worth a visit and perhaps follow with one to the Presidential Palace and reflect on the history of the Republic of China (1912-1949).

Guest post written by Colin Speakman, Director of China Programs for CAPA International Education and a resident of Nanjing for several years in the last decade.