Re-Entry or Homecoming: What Dorothy Did Next

There are circumstances in which re-entry may be a traumatic, fraught, even dangerous process: 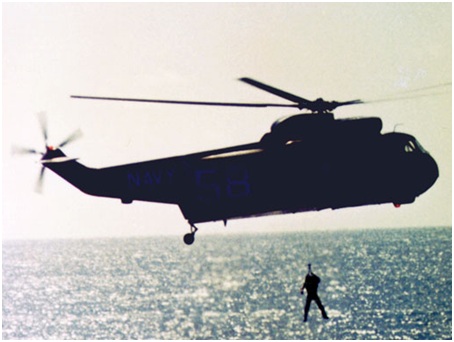 And, of course, landings may be more or less comfortable: 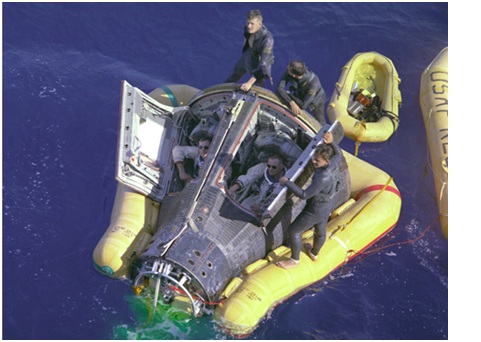 The process of return may also indeed be somewhat dramatic and filled with tense uncertainties:

Dorothy now took Toto up solemnly in her arms, and having said one last good-bye she clapped the heels of her shoes together three times, saying:

Instantly she was whirling through the air, so swiftly that all she could see or feel was the wind, whistling past her ears.

The silver shoes took but three steps, and then she stopped so suddenly that she rolled over upon the grass several times before she knew where she was. [1]

Dorothy’s journey was blessedly short, if rather uncomfortable, and she had little time to re-adjust to the cultural chasm that existed between OZ and the great prairies of Kansas. She was not even given the luxury of extended reflection and introspection afforded by security searches, flight delays and trans-Atlantic journey times. Nevertheless, without the aid of counselling or re-entry programmes, her return was marked in ways that are positive and affirmative:

Aunt Em had just come out of the house to water the cabbages when she looked up and saw Dorothy running toward her.

“My darling child she cried, folding the little girl in her arms and covering her face with kisses. “Where in the world did you come from?”

Dorothy’s story may be far from commonplace or representative but it may contain some useful pointers as we explore the notion of re-entry in education abroad.

The first issue that arises is a semantic one that, nevertheless, carries significant educational implications. The term “re-entry” carries with it implications of drama and stress. Re -entry is, as NASA reminds us, a potentially dangerous moment followed by the gleeful exclamation “We have splash down”. That is always accompanied by cheers and in the good old days by the relieved lighting of much needed cigarettes. The whole process is literally fraught which is fully understandable and fully appropriate. The problem arises when we take that language and use it metaphorically to describe students returning from a period overseas (most students have not been to the moon or to Oz but to the relatively civilised cities of Western Europe). Re-entry creates expectations of anguish so we create support mechanisms bolstered by counselling services and assorted experts to help students overcome the implicit and anticipated trauma. If we tell students to anticipate severe consequences then those expectations will surely be fulfilled.

Dorothy never felt like that! What Dorothy did was (quite simply) come home and was covered in kisses. She was also perceptibly pleased to be home – even in Kansas. In short, her return was celebrated. Thus, if we were to employ the alternative notion of homecoming we would create an anticipated period of celebration and affirmation. The need for counsellors at the centre of the process would be substantially reduced (you might need some discreet support for the more challenged students but we would not create an expectation of challenge). The use of the term “homecoming” is both more appropriate and more likely to lead to positive outcomes.

In addition to the creation of some form of ceremonial celebration to welcome students home, the affirmative elements of the ritual could be expressed in concrete educational forms. Students have, to one degree or another, acquired a number of transferable skills whatever they may have studied overseas. Whether they know it or not, they have spent time as some kind of participant-observer and have engaged in a form of “action research”: in our centres we characterise this as the analysis and exploration of global cities. A concrete dimension of the homecoming period could be devoted to exploring, comparing and sharing perceptions and, thus, making concrete the skills students have acquired. As a minimum students can be taught to represent their experience and insights in a coherent form both in writing and in oral presentation. I think of this as a going beyond “like awesome” type-descriptions of overseas experience (with which we are very familiar). The practical application of this process is that students will be able to represent what they have learnt in a more sophisticated manner to, for example, potential employers and graduate schools. This aspect of homecoming stresses the affirmative benefits rather than the neurotic consequences.

It would be possible to go further and to create a seminar or course for which education abroad is a pre-requisite. The single common experience for all students, wherever they have studied and for whatever duration, is that they have, probably for the first time, experienced life as a foreigner. They have, in one sense, or another discovered what it is to be an American through the experience of not being (whatever this may mean) a native of these parts. This recalls Malcolm Cowley who in 1961, looking back to the American expatriate experience in the 1920s and 30s in Paris, wrote in Exiles Return that: “We had come three thousand miles in search of Europe and had found America…” [3] What Cowley recognizes is that life outside of one’s home country inevitably forces one to explore the nature of self because that identity is challenged by the experience of residing in a different environment. Beliefs, values and mores that students have believed to be universal are exposed as defined by a particular national culture.

That reality supplies the necessary content for the envisaged seminar or course. Images of America abroad (or a variant of this theme) would enable returned education abroad participants to describe and share their sense of being strangers defined by national identity. The involvement of students from other countries on campus might further enrich the discussion, as would a review of expatriate American writing. The outcomes might include some kind of transferred empathy towards foreigners in America; an understanding of significant difference; greater comprehension of America’s place in the world and, thus an enhanced understanding of what it is to be American. Anecdotally, I believe that the single aspect of education abroad that is most repeatedly retained is that sense of being a stranger in a strange land. There is, after all, a world elsewhere even if you reside in the great prairies.

When Dorothy stood in the doorway and looked around, she could see nothing but the great grey prairie on every side. Not a tree nor a house broke the broad sweep of flat country that reached to the edge of the sky in all directions. [4]

What Dorothy has surely learned is that Kansas is not the world; nor is America and that there are places beyond the borders where what she thought was true may not be; reality is more complicated than she suspected; compassion, courage and intelligence may be expressed in many diverse and complex ways. What Dorothy begins to understand is that compassion is not expressed in false expressions of devotion (the same lesson learnt more painfully by King Lear); courage is more than bluster or bravado; a capacity for reason may be developed and expressed in many ways. A noble aspiration is to grow and integrate these human qualities as we make our own individual journeys along the yellow brick road. These are, ultimately, profound learning experiences that will surely impact on whatever Dorothy does next. If Dorothy can learn this on a short-term, travelling study abroad experience (hardly worthy of any credit at all) how much more may we able to teach our students if we create intentional learning experiences when they return home?

In conclusion, re-entry implies a process of danger and a tense moment of re-emergence (out of the distant ether): the NASA syndrome aka “we have splash down”. This is, I believe, the wrong metaphor. It creates an expectation of anguish rather than a sense of positive re-engagement. Students have, in short, been in another country not in another universe.

I prefer the notion of homecoming because it implies welcome, celebration and opportunities to reconnect in positive ways. Students ought to return with an enhanced set of skills acquired during education abroad if what we say we do is true. An intentional approach better to utilize and develop those skills would enrich the field of education abroad for all those involved in the endeavour.

In contrast to the traumatic implications of “re-entry”, homecoming creates opportunities, to explore and develop skills acquired overseas, to harness these to enhanced learning and, best of all, to receive kisses and congratulations (from Aunt Em and others).