Creating a CAPA International Education Documentary for The Telegraph: Part 1

It was a crisp and windy morning in London, the rush hour traffic thick around Victoria tube station, not too far from CAPA International Education. Three of us (Emily - CAPA's London Internship Placement Manager; Matt from our marketing partner Aloft in the US and Steph (me) - CAPA's Social Media Strategist) were about to spend the day beginning an exciting project. 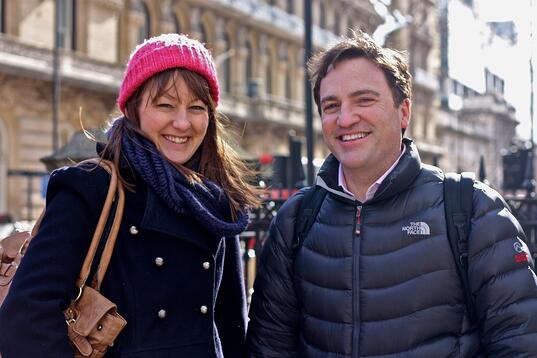 Photo: Emily and Matt near Victoria station, braving the cold!

I'm going to take you on a special behind-the-scenes photo journey as we work with Tracc Films to create a short documentary about CAPA International Education for The Telegraph! 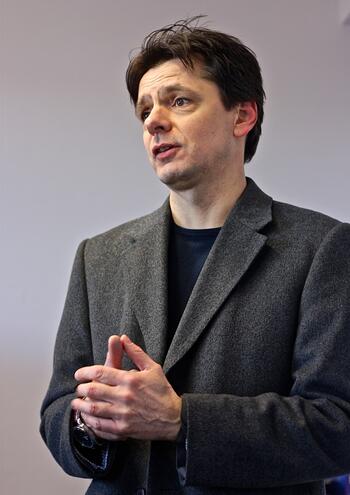 First, a bit of background: The Telegraph features, on the Business Club section of their website, a series of 3-5 minute documentaries on a variety of different companies that are innovators in their own sector. With the help of Tracc Films, they've profiled American Express and Living Social among many others. Now it's CAPA's turn! 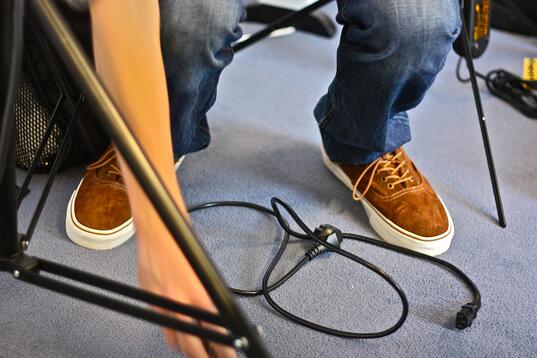 We met the Tracc team at our first site: Bean Partners Ltd, a business advisory house. They specialize in working with companies in the early stages to prepare a strategy for growth. They have been working with CAPA for a few years now and are very enthusiastic about their experience with our students. Two CAPA interns are currently placed here - Caroline Philbin from SUNY Buffalo (who unfortunately was not available to be involved in the filming) and Abilio Santos from Pace University in New York City. 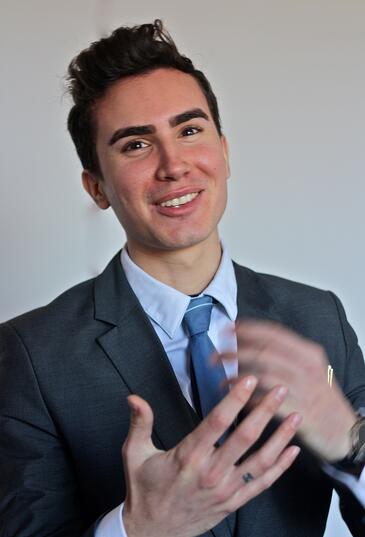 On the fourth floor (that's the UK fourth floor, the US fifth floor), we were welcomed and invited into a conference room with a view of Buckingham Palace's flag flapping in the breeze in the distance. Bean Partners has a very professional atmosphere, where employees dress smartly in formal attire. 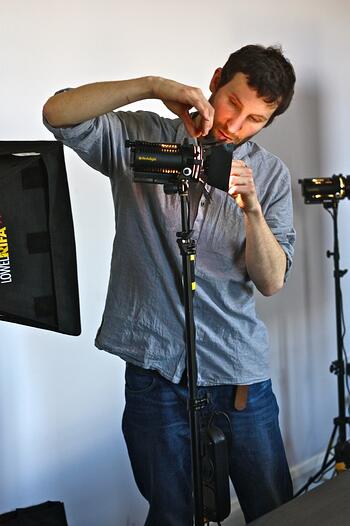 Photo: Setting up the lighting

While the camera was set up, the background determined (flip chart with finance-related scribbles from a previous meeting) and lights put into place (using Matt in the spotlight to adjust the frame and lighting) we discussed our strategy for the day over cups of coffee. Our first interview would be with one of the partners at Bean Partners, Greg Lamond. 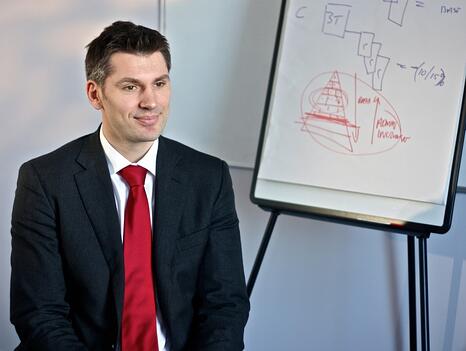 He appeared with a bright smile and a firm handshake. He even wore an appropriate CAPA red tie (no, we didn't ask him to!). A microphone was affixed behind his tie and he was asked to clap loudly in front of his face before speaking to align the sound. Much to our amusement, he (and all of the interviewees) was asked to do this on several occasions throughout the interview. 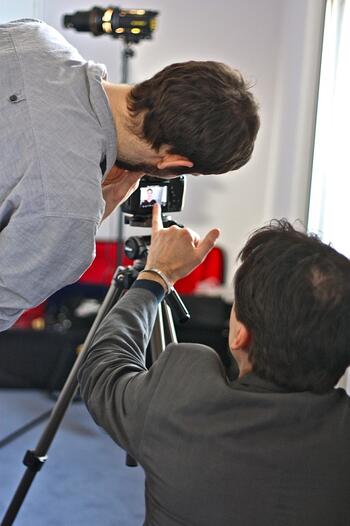 Next up in the interview chair, after a bit of background adjustment, was CAPA student Abilio Santos. Originally from Valencia, Spain, Abilio spent some time interning in China and India before deciding to head to the United States to study in New York City. It was through Pace University that he embarked on his current study abroad experience with CAPA International Education in London. Yes, he misses the glorious Spanish sunshine, but says he values an international education and networking opportunities more than the good weather of his home country! 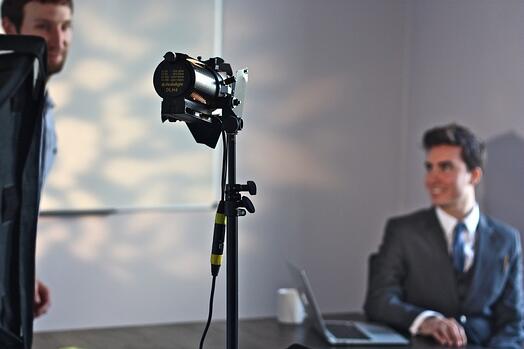 Photo: Abilio preparing for his interview

Unfortunately, after his interview, we all bundled up and took him out onto the Wintry streets of London. 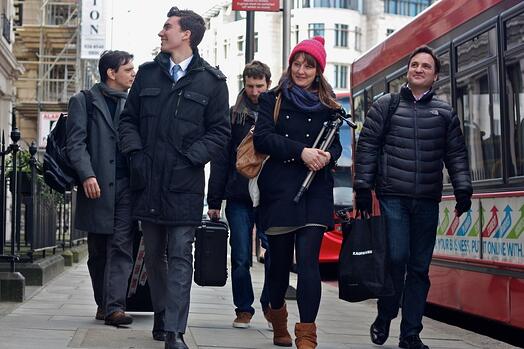 Photo: On a mission!

He was very cooperative and enjoyed the experience of being in the spotlight! 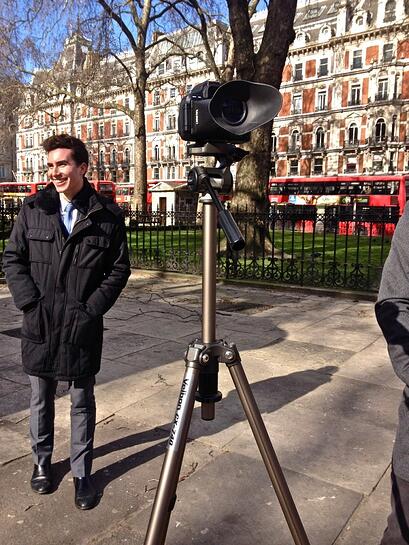 Abilio pulled his collar up against the chill of the wind and stood patiently while the camera captured not only the moving London traffic whizzing by, but a group of school curious children! 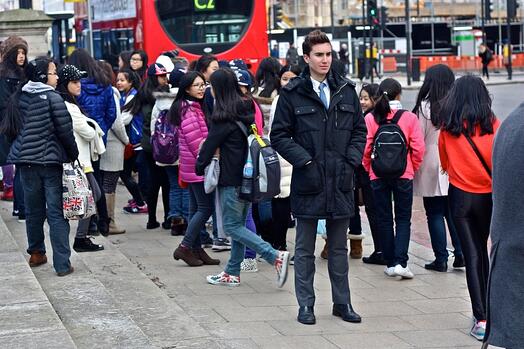 Abilio was not the least bit phased and, like a pro, followed his instructions to stand still for three minutes with barely a blink despite the cold wind. 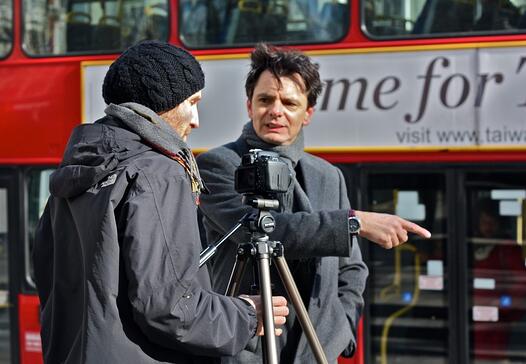 Photo: There were lots of decisions to be made

There were, as you would expect in creating a film, a lot of moments where all we could do was watch and wait. 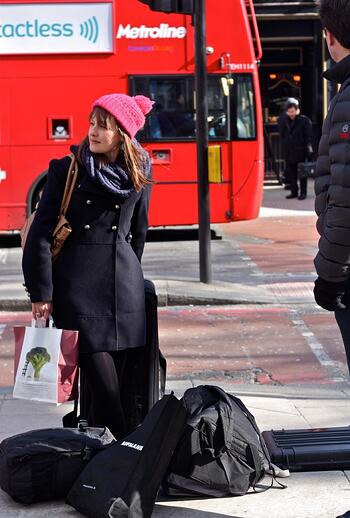 Of course London's eccentric passersby kept us amused for some time. 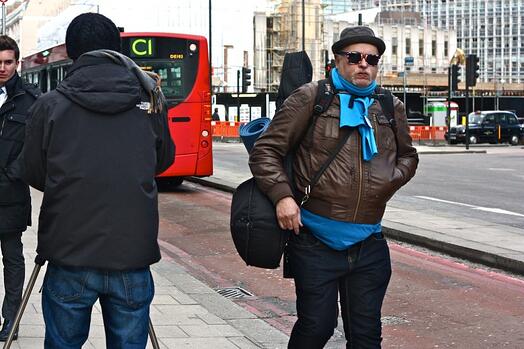 Finally, it was time for lunch. We said goodbye to Abilio, packed up the camera and jumped in a black cab heading to our second internship site destination of the day in London's Waterloo: Latimer Creative Media. 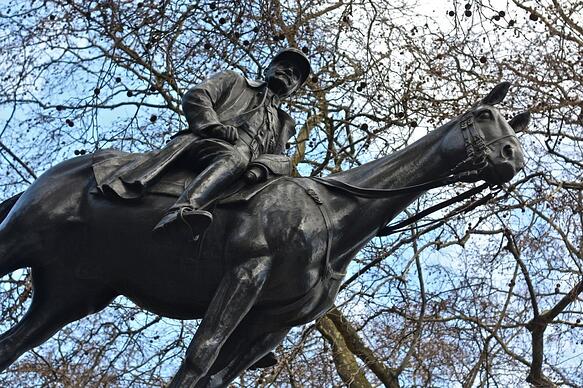 Photo: Nearby horse statue watching over us