Words and photographs by Danning Zhang, from the University of Buffalo, New York. Danning studied abroad with CAPA International Education in London during the Spring 2012 semester.

Coming from Beijing, China, an international metropolitan city, I have always enjoyed living in big cities and having friends from diverse cultural backgrounds. Yet, when I came to the United States five years ago, I realized what a global city would really be like. I heard more foreign languages than English on NYC streets, not to mention my favorite part- different cuisines! I find it tremendously interesting hearing about different people’s own unique family origins and personal experiences. And London is by far the most diverse place I have ever been to. Yep! Even more diverse and culturally harmonious than NYC!

I would hang out with my British friends in a bar; I would go on trips to taste authentic India or Turkish food; I would make best friends with the Romanian security lady at my internship; and I would embrace my own culture - Chinese New Year - with my Singaporean and American peers. Our flats are in this quiet, clean residential neighborhood, next to a busy commercial street, where there are tons of Pakistani grocery shops, Iranian kebabs, Korean restaurants and some British churches and schools. There are simply so many different people you can encounter every day, so many amazing things that can surprise you each day. Living in such a global city makes me believe that life is about possibilities, and making different choices can make life fun!

What makes London so great - perhaps even greater than NYC - is the respect that one ethnic group has for another, that one individual has for another. Although an independent island away from the European continent, the United Kingdom is definitely liberal as well. Different cultures in London are treated with equality and the freedom to retain as much of their own heritage as possible, without being “melted into the big pot” of the British mainstream culture. 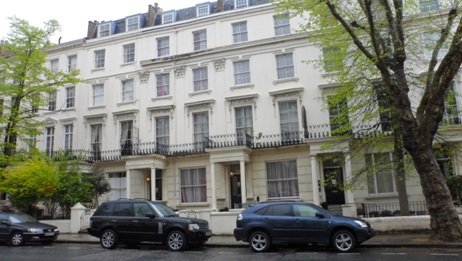 While you might have the impression of British people being proud and cold, my personal experience is that people there are actually among the nicest on earth. In order to save money, I used a basic phone without data. I was confident about my own sense of direction. However, the strange blocks can seem confusing at times. Whenever I was lost, I would tentatively ask a stranger, and anybody would pull their phone out and Google map it for me. The first time I asked a senior gentleman for directions, he was nice enough to walk me 10 minutes till I finally reached my destination. Not only he, a college professor would do so, any jogging neighbor, any aged grandmother, any school boy would do so, too. I had never felt so safe and comfortable encountering strangers in a foreign place.

MY FAVORITE PLACES TO GO IN LONDON

“What? How can you not have been to Borough Market yet?”

Experiences of London can be anything, the dazzling neon lights, or the strangers reading books on the underground. But if you want to experience the most local of London, Borough Market would be the “can’t miss in the first week” spot. Unlike Camden Market and Portobello Market which sell mostly accessories and crafts, Borough Market is the heaven of food. Here’s a picture of my all time favorite British food in Borough Market, where Prince William went to a few months after we did. 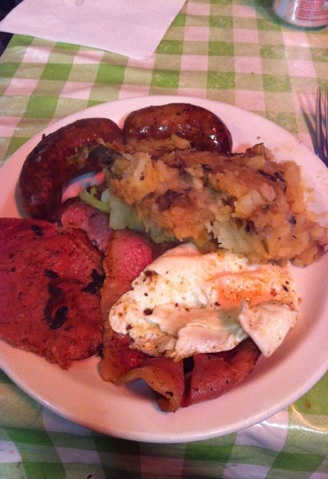 OXFORD STREET & PICCADILLY CIRCUS.
These are two stops in Zone 1 on the London Underground

It’s not about the glory; it’s about the extraordinary.

I did not just buy all the things I wanted and taste all the food I liked there. I actually saw how the city of London evolved over the years. I loved walking around the aged architecture and getting lost around the Circus, because I knew I wouldn’t go wrong in any direction - I was surround by history, modern development, and interesting people. The musicals I watched there are of my most unforgettable memories from London: Les Miserables, Mama Mia, Singing in the Rain…You name it! 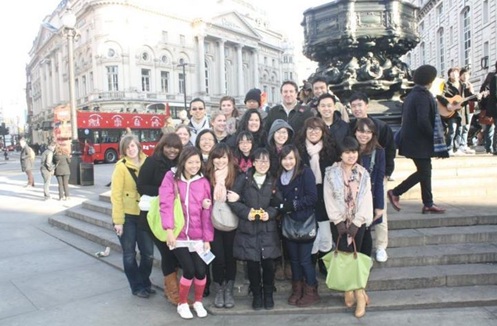 Far but fun, Greenwich Park in South London made my most relaxing day of all time. The pictures tell the story. 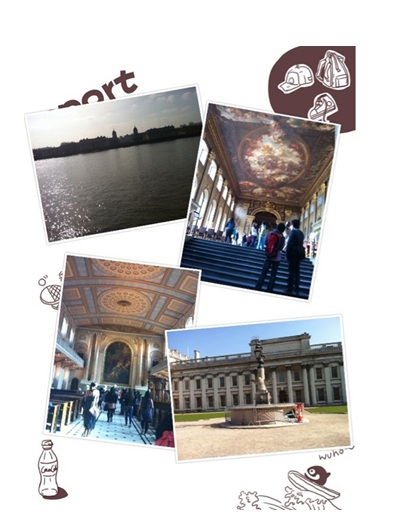 And you get to be in both the West and East hemisphere at one time at the Prime Meridian!

Your London starts from here.

CAPA International Education is not just the classrooms. It’s a place where you meet many different people; it’s where you go on exciting MyEducation adventures; it’s a place you always remember. Better yet, it’s within 10-15 minutes walk from Imperial College, Hyde Park and all the great free museums in London! 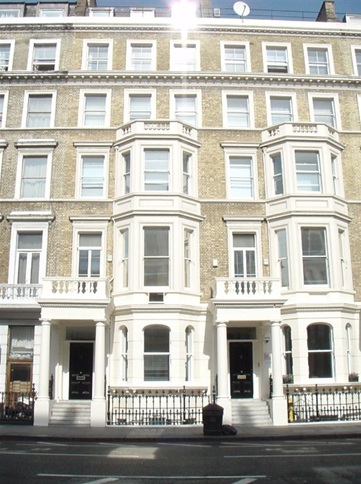 Having lived in the US as an international student for five years and having been a world-traveller, I always thought that I was brave, creative, and open-minded enough. But I really didn't know what the world could really bring me until I get to London. Not only was I able to see the world and take advantage of the abundant resources that the city had to offer, be them historic, cultural, or commercial, I also gained priceless internship experience from there. I discovered my own career interest as a social worker and an educator during my internship exploration in London. And the CAPA Record of Achievement granted for my hard word and excellent performance at my internship gained me valuable lessons and great connections. To me, life is an endless adventure to explore about both the world and what I really want. And I believe you will enjoy this experience just as much as I did!