When one wants to get a great overview of a global city, what better place than from the top of a famous tower? These towers also make excellent landmarks for finding one's way around the city. Not sure if you're going in the right direction? Then have a look around and find that highly visible tower! Near CAPA International Education’s Beijing campus, we have a great landmark of the original CCTV Tower, which is really useful, but not to be confused with Beijing’s very different new CCTV Tower (see Beijing section below).

Photo: Original CCTV Tower in the West of Beijing by Colin Speakman

Such towers may offer shopping and entertainment on the bottom floors, be home to a hotel with spectacular views, offer an amazing office environment, perhaps belong to a financial institution, or be a communications tower. In any disguise, they may have a revolving restaurant, viewing galleries, high speed elevators and almost universally, a not insignificant admission fee to get to the top. Panoramic views usually come at a price! 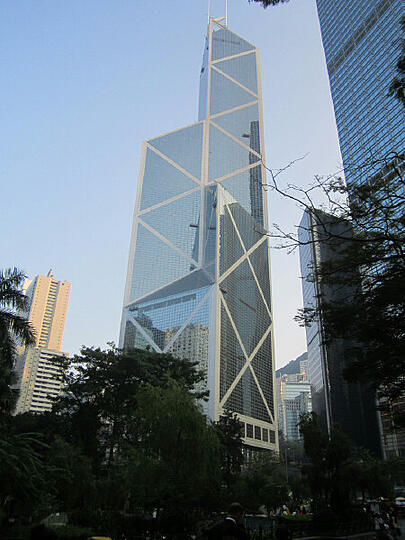 Photo: The Bank of China Tower in Hong Kong by Colin Speakman

There are some sad examples of famous towers attracting unwelcome attention, none more so than the terrible attack on New York’s World Trade Center Twin Towers – the infamous 9/11. Back in October 1971, a bomb attack on London’s then named Post Office Tower (now the BT Tower), the tallest building in the UK till 1980, led to an eventual decision to close access to it, and its revolving restaurant, by the general public on security grounds some ten years later. There is huge competition to be able to boast the tallest tower in the world and the Burj Khalifa in Dubai (829.8 meters) will take some beating. Photo: The Burj Khalifa in Dubai by William Horsburgh

The Shard (the Shard of Glass), a 72-story skyscraper in London, which opened to the public on 1 February 2013, standing 309.6 meters high, is now the tallest inhabitable tower in the European Union, wrestling the title from the Commerzbank Tower (259 meters) in Frankfurt. When the Shanghai Tower (632 meters) is completed in 2014, it will be the tallest inhabitable tower in China and the 2nd tallest in the world. However, hold your breath, because the Ping An Financial Center, under construction in Shenzhen, China, is expected to be completed in 2016 and, at 660 meters, will then be the second-tallest building in the world! 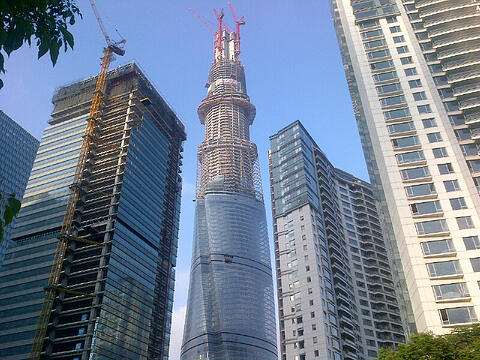 Photo: The Shanghai Tower under construction by Colin Speakman

Some towers are linked as twin towers, and the Petronas Twin Towers in Malaysia’s capital, Kuala Lumpur, are probably the most famous of that kind at a pretty impressive category leading 452 meters. Dubai seems to like these kinds as it boasts 2nd and 3rd place with the Emirates Park Towers (395 meters) and the Emirates Towers (354 meters). Some Towers are communications centers and they also get their own category as non-inhabitable towers. The tallest TV Towers are the CN Tower (553 meters) in Toronto, the Ostankino Tower (540 meters) in Moscow, and the Oriental Pearl TV Tower (468 meters) in CAPA’s Global City of Shanghai (see more below in the Shanghai section).

Finally, some towers have become the "name card" of their cities - notably the Eiffel Tower in Paris and arguably the Empire State Building in New York. A similar role is played by the Space Needle in Seattle and UK's famous Blackpool Tower (a kind of smaller Eiffel Tower) in my home town. 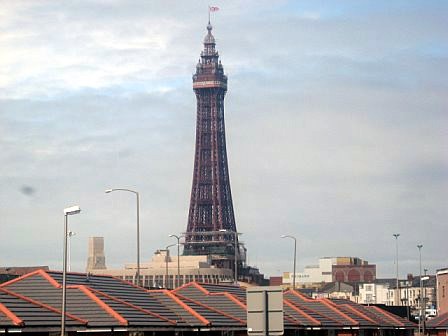 Growing up with a big tower as a landmark, it became a familiar part of life and this continued in London by first living right next to the now BT Tower in Bloomsbury. These days I gaze on the original Beijing CCTV Tower from the campus. Life has usually been looking up!

Every one of CAPA’s eight global cities has at least one famous tower, though, they don’t all get into the record books, and some are not THAT tall at all. Let’s take a closer look at what these cities have for getting a great view.

There are many picture posters for Beijing including the Temple of Heaven, the Ming Great Wall and the Bird’s Nest. The tower that contributes to that range is the new CCTV Tower in the Central Business District close to the China World Trade Center. It is a very distinctive building that some say represents a pair of pants and has been described as a building that turns the skyscraper on its side. It is a 234 meters skyscraper located in the Central Business District (CBD) which serves as headquarters for China Central Television (CCTV). Groundbreaking took place on June 1, 2004 and the building's facade was completed in January 2008. After the construction was delayed as a result of a fire (which in February 2009 engulfed the adjacent Television Cultural Center), it was finally completed in May 2012.

I don’t recall a standout landmark building, towering above others from my time in the Argentine capital, but I do remember getting great views from high floors of hotels I stayed in. There are 20 buildings that come in at 140 meters and above and the tallest completed in 2011 is the Renoir 2 Tower at 175 meters. Buenos Aires will burst through the 200 meter level by 2015 with the Alvear Tower scheduled to reach 235 meters. The Puerto Madero neighbourhood (featured in CAPA World's Bridging Global Cities – Buenos Aires) and along the river bank is the beneficiary of these developments with both the Renoir Towers constructed there as a primarily residential development and also the mixed use Alvear Tower with quality condos and a 5 star hotel. The Irish have a wonderful sense of humor and I love their tall stories. But these are not told in very tall buildings! The traditional tower buildings such as the 2010 dated Montevetro Building - an office building at 67 meters, and hot on its heels, the Millennium Tower, a residential building from 1998 at 63 meters top the list. If you like buildings next to water, Dublin is the place. Both are located by Grand Canal Dock in Ringsend, near Dublin City Center. The Montevetro is Google’s European Headquarters. It may seem unusual in a capital city that its tallest inhabitable tower is of less than 70 meters in height, but it is a city that makes its statements in other ways. Since the Piazza del Duomo itself is a powerful feature dominating the center of Florence, the Giotto’s Bell Tower right next to it has to qualify as Florence’s most famous Tower. At 84.7 meters in height, it is an eloquent testimony of fourteenth-century Florentine Gothic architecture which contrasts appropriately with the modernity found among most famous towers in our global cities. It was begun by Giotto in 1334 and by his death in 1337, Giotto had only seen the realization of the first part of the project, up to the height of the hexagonal panels. It was continued by Andrea Pisano and with the intervention of Alberto Arnoldi. The rich decorative apparatus of the hexagonal and lozenge panels expresses the concept of universal order and the story of Redemption. There is so much to take in when visiting this tower. There is one tower that stands out in this global city, as it is not only the tallest in Istanbul, but also in the whole of Turkey, is the Istanbul Sapphire Tower, dating from 2011 and located in the Central Business District (CBD) of Levent. However, it will lose that honor to the Istanbul Diamond Tower when this new project of a triple connected tower of three buildings – office, hotel and residence - is complete. The Sapphire is the country's first ecological skyscraper. At an overall structural height of 261 meters including its spire, which is part of the design. It is a shopping and luxury residence mixed-use project. The Diamond has a planned height of 270 meters so will take over the mantle, but for how long?

When the Post Office (BT Tower) was no longer open to the public and the new tallest building, the Nat West Tower (a British Bank) was open in the 1980s, I had a chance to get the view from a friend who worked there. However, later the London Eye, the Ferris Wheel overlooking the Thames became the place to go to in order to get a panoramic view of London. Now the Shard (of Glass), located near London Bridge, has taken over that role as with its height at 309.6 meters, and it is very welcoming to visitors wanting to travel up to the viewing gallery, but at a significant entry fee. I suspect that it will soon be on every visitor’s must see list. Photo: The Shard, London by Vicky

Undoubtedly, the Shanghai Tower, when complete in 2014, will be the must see while it retains its title as 2nd tallest in the world. However, in reality, the Shanghai Pudong skyline is full of tall towers. The Jin Mao Tower (at 420.5 meters, the tallest in PRC 1998-2007) and its neighbor, the Shanghai World Financial Center (at 492 meters from 2008), provide great views as does the Oriental Pearl TV Tower. There is plenty of choice all in this one area of Shanghai’s financial district in Pudong.

Sydney Tower is Sydney's tallest free-standing structure and the second tallest in Australia. It is an observation tower completed in 1981. It is also known as the Sydney Tower Eye, Centrepoint Tower or just Centrepoint. It is 309 meters and overlooks the Central Business District (CBD). It is located on Market Street above a recently refurbished Westfield Sydney shopping arcade. Three sections of the tower cater for different dining experiences. Definitely the best place to observe Sydney! Do you have a favorite tower or look out point? Tell us about it in comments!