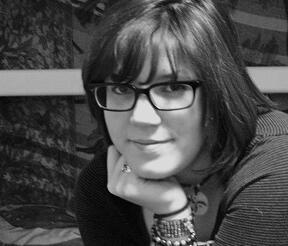 Lindsey Singer was a senior English Literature and Fiction Writing major. She recently graduated from the University of Pittsburgh through which she spent a semester studying abroad in London with CAPA International Education.

Is this the right one? Kevin asks. I can’t figure out why he’s skeptical; I’ve only done this about a thousand times. We push our way onto the Circle Line train —the one that only comes every 20 minutes or so. It’s 9 a.m. and the whole world is in transit. This boy here, complete with his new home-grown haircut and Gannon University Men’s Volleyball T-shirt, just spent seven hours in the sky, travelled 4,000 miles to see me, or London maybe. It’s essentially the same thing. And he had never before been on a plane. I snapped a picture of him setting foot off the train and onto official London turf.

The Victoria Station is like a post-apocalyptic underground refugee society. All metal and bustling, like a town with a roof. You can get in and out only via ticket and train. It’s a loud and unfriendly place, dedicated to those in transit and their immediate needs—coffee, sandwiches, snacks, coffee, escalators, handbags, magazines, coffee.

We hit up the Oyster desk. Day passes for zones 1 and 2. The attendant looks confused that I, with my American accent, actually knew what to ask for. Kev, don’t lose your ticket. His fingers struggle with the notes and hexagonal 50p coins. What are these and where are the quarters? This is the land of two-pound coins and no one-pound notes. The land where your pockets weigh you down with change. The land where there’s actually a market for change purses.

I couldn’t sleep last night either. I was more excited, perhaps, to catch a glimpse of home than he was to see a bit of the world. I hadn’t realized I was so well adapted to this place—that travel, to me, looks just like home. That place I go back to everyday, in Kilburn, that smells like old, and maybe a few different types of mold, with the ugly red couches and the cracks in the walls and the toilets that help you build muscle every time you flush, is without-a-doubt my home. I know how to pronounce Thames correctly, and things like “cash point” and “lift” have snuck into my daily vocabulary. He has no idea what language I’m speaking anymore; he doesn’t know how to pronounce “Thames.” I take it personally when he criticizes the Tube. I sort of hate it too, like the way I hate my siblings—with love. Does it always make this noise? Is it always so dirty? Are there always so many people? Yes, it’s the special London breed of love. He hardly recognizes me, with my gray-tinted skin and my hair in a ponytail now. When I had left, it barely reached past my ears. And his blonde curls practically dance across his shoulders. I perch myself on his knees and force a kiss onto his cheek, too warm from a sleepless night over the ocean. The train swings violently to the left and my teeth slam into his ear, the suitcase flings across the aisle. With a tired smile forced on his face, Kevin raises his eyebrows. You liquidated your life savings to be thrown around inside a disease box?

The pre-departure meeting, some five months ago back in the land of Forbes and Fifth, insisted that this whole thing would change us, change our lives, everything we ever were and will become. I think that statement is a bit overcooked. We were promised we’d come back a new individual. Well, what are the ingredients to change? A new backdrop to write fiction? British professors teaching British Literature in the Land of the British? Standing upon the very segment of Earth under which lies Charles Dickens or William Shakespeare or Oscar Wilde? To experience the English countryside that set the scene for eight Jane Austen novels? To feel the chilled springtime wind that slipped inspiration into the pens of the Brönte sisters? None of the above.

To taste a different version of reality? Perhaps.

It takes about 45 minutes to get back to Kilburn from Victoria. Does it always take so long? Yes. And by the way, the air turns the inside of your nostrils gray. The sky is gray, the streets are gray, our eyes are gray, our clothes are gray. Like the black-and-white setting on your camera. This was my first glimpse of surface London, I tell Kevin as we ascend the escalators up to street level of Kilburn Park Road, the soft but strange instrumental music floating through the air from the speakers hidden somewhere. Two months prior, I had lugged a 50-pound suitcase and a backpack of about equal weight from Heathrow Terminal 3 to Westburn Place Flat 6. When I stepped out of the Tube station, unsure about whether to make a left or right—and if left and right even meant the same thing here when something as mundane as crossing the street becomes an altogether uncomfortable experience—one of those red double-deckers clamored past, prompting a sort of inhuman chorus of squeals of excitement piercing through the cold January air.

Kevin’s reaction is a little different.

The trees were relentlessly bare two months ago; now they sport small red buds or fragile white flowers. The pinkish early morning light breaches the horizon just the same, casting pale gold shadows across the rooftops of the rows of white houses. But lush greenery now cascades from the window boxes, making obvious the passage of time. I’ve been in London long enough to watch the seasons change.

A few days ago, the daffodils opened up in the flower box outside our living room window. Spring comes earlier here than in Pittsburgh, or at least it pretends to—sneaking onto the bare branches in shades of pink and white, and across the grass in purple and yellow. The Thames glitters. Showing off, pretending to be the fountain of youth. And Big Ben wears his gold coat like a new outfit, proudly and pompously. London looks different under the sun. I take more pictures of all the things I already have pictures of. Spring flavors the air differently.

In February 1969, George Harrison picked up an old acoustic guitar and took a walk through the garden; he wrote the second of the only two songs he wrote for the Beatles, "Here Comes the Sun." “Anyway, it seems as if winter in England goes on forever,” he said, “by the time spring comes you really deserve it.” And deserve it we do.

I search up and down Kilburn High Street for a Sharpie marker, make my second or third pilgrimage to Abbey Road to write Harrison’s lyrics on the wall. It’s some sort of calling. I bring a camera, my words won’t last there for too long.

Kevin is a novelty in the new photographs, the only noticeable difference, as I fulfill the quest to create postcard images with ourselves as the focal point. It shifts from me to us. I wasn’t built to be part of a joint unit, but here I am. And look where we are. Me and my all-American boyfriend-thing—hay baler, tractor driver, General Electric software engineer crosses the pond for the first time to spend the week with me. So it’s about us now. And fancy dinners in Piccadilly Circus. Picnics in the park. And three roses with their thorns cut off in the Kopparberg bottle someone left on the kitchen counter before leaving for Scotland or Italy or Spain.

But even with continental Europe on the doorstep, London has successfully stolen my heart, reasonably and logically speaking. And Kevin can’t understand. London can throw on anything and look good. Two months watching carefully, and I’ve seen her in quite a few outfits ranging from sequined to self-sewn, soft sweaters to skimpy Saturday-night skirts. Adaptable. Practical. My London has character. And I’ve known her long enough to say so. Photo: Contemplation - a Statue near Buckingham Palace by Deepak Bhatia

(Which must be why Rome is so grand and sophisticated, and why perfectly pretentious Paris twirls and kicks like a showgirl doused in glitter while London sits in the back row and scoffs.)

It’s like an optical illusion, the kind they gave you in second grade as warm-up activities. (To what, exactly were we warming up?) Where the lines are the same length but appear totally different based on their surroundings, or where the green that fills in the shapes is the same exact shade, but you’d swear on your life it’s different. That’s what London does—so vibrant a backdrop behind subjects so plain and pale in comparison.