A pioneer for study abroad to China from Lebanon Valley College, Brian Kaniuka reflects on his Fall Semester 2013 with CAPA International Education in Beijing as an experience that has truly helped him grow. Below, Brian talks about arriving in Beijing, his rewarding internship with Vandergeeten and experiencing Shanghai, another CAPA global city.

Photo: Brian with CAPA Director and other students in Tiananmen Square, during orientation tour

As soon as I stepped off the plane at Beijing Capital Airport, I knew that the next four months of my life would be like nothing I had ever experienced before. I had previously studied abroad during the summer between my sophomore and junior year in Maastricht, the Netherlands, but Beijing was nothing like my time there. For most Americans, they have never experienced anything like Beijing before and for me, that was exactly what grabbed my attention and made me want study abroad in China.

The first few days you are in China is a complete sensory overload. The smells, sights and sounds are just so much different from major cities in the United States. I experienced some homesickness but after about a week or so, I felt settled in. I think the fact that CAPA had a lot of activities planned as orientation in the first couple of weeks we where here before some classes had started helped to keep my mind occupied. Then once classes started and I began to meet new people, I would say my homesickness completely disappeared. 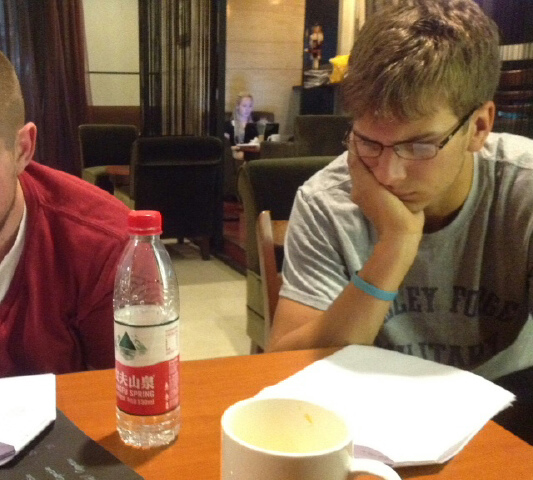 Mandarin is a very tricky language to grasp. The different tones of inflection placed on specific words can change the meaning of the word and thus, as a non native speaker, I commonly got weird looks from locals who didn’t know what I was saying because of my wrong pronunciation. But, the longer I was here and the more I used Mandarin, the more I became comfortable with it.

The CAPA courses in English were very interesting and helped me gain a better factual understanding of Chinese culture and its economic development over the last 30 years. However, the best course I took while in Beijing was the internship course. 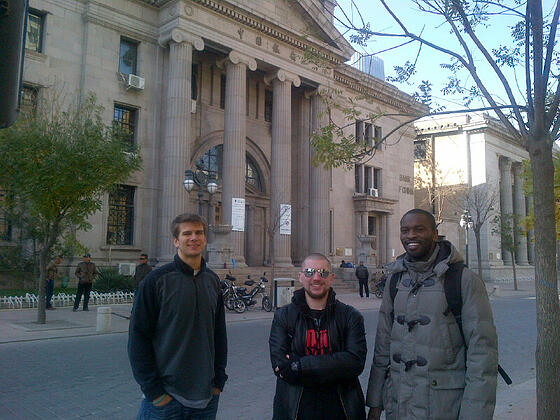 I was lucky enough to intern for a Chinese company named Vandergeeten that specialized in importing Belgian beers, chocolates, and mineral water to mainland China. I was a part of the marketing team that specialized in brand recognition for the beers that Vandergeeten imported. The summer prior to coming to Beijing, I had traveled across Europe extensively and spent a good amount of time in Belgium so it was a nice fit for me. While at the internship, I got a firsthand view of the Chinese work ethic. The native Chinese employees of the company worked incredibly hard and were typically at the office for about 10 hours a day. They were constantly busy on the computer or making phone calls. I also got the chance to work with three people from France and another from Hong Kong. Working with people from multiple different countries, in addition to native Chinese, embodies the work culture in Beijing. 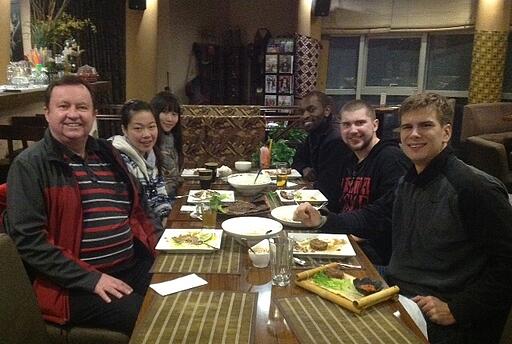 However, Shanghai is much, much more international than Beijing. We learned that as during the course of the semester our CAPA group traveled to Shanghai and as soon as we got off the train I felt the difference between Beijing and Shanghai.

Shanghai is an incredibly fast paced city that is focused on making money. Although Beijing has some major companies within the city, the main role of the city is as the headquarters of the national government. Shanghai couldn’t be more different in this regard. I personally had the feeling in Shanghai that people there cared much less about the politics of China than the people in Beijing and I believe this stems from the presence of the government being in Beijing. 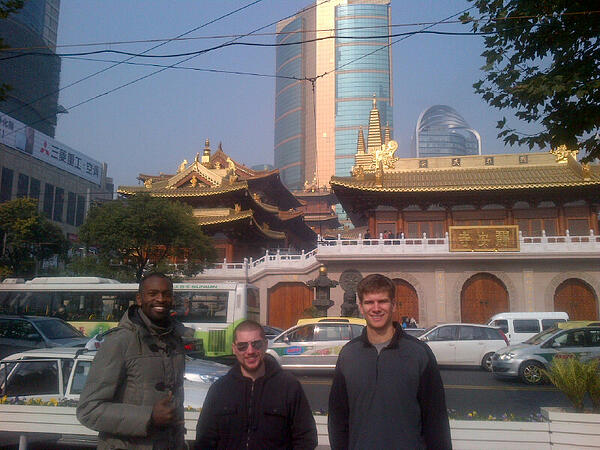 Photo: Brian with other CAPA students in Jing An Temple Shanghai

People work incredibly hard in both Beijing and Shanghai, but people also enjoy themselves in Shanghai. Shanghai offers clubs, western sports bars, and massive shopping malls selling western clothing. The thing I took away from Shanghai is that it is almost the complete opposite of Beijing.

My time in China has been incredible. There will be days where you are just overwhelmed by Beijing’s size, the more polluted days, and the lack of personal space on public transportation (you get use to this after a while), but if I could do this trip again, I would. This trip has done a lot more for me than simply give me credits and an experience in another country. What this trip has done for me is something I don’t think I will ever be able to put into words exactly, but it has helped me grow, I know that for certain. All I can say is that if you come to Beijing, you will not regret it.