Irish English vs. American English: It’s Never What It Seems 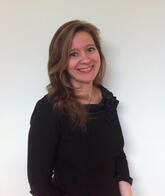 One of the biggest advantages for American students coming to study in Ireland is the fact that English is spoken, and you will be understood by everyone without much trouble.

However, the Irish have a very colourful use of their Hiberno-English (the official name for the Irish-English dialect), very much influenced by the Irish language, such as vocabulary, grammatical structure, and pronunciation. Most of this is used in spoken language and often makes for some funny misunderstandings with non-Irish people. A great grammatical example would be that the Irish language lacks words that directly translate as "yes" or "no", and instead repeats the verb used in the question, negated if necessary, to answer. Hiberno-English uses "yes" and "no" less frequently than other English dialects as speakers can repeat the verb, positively or negatively. For example: “Are you coming home soon?” – “I am.”

Here are some common words used in everyday language that will make you smile:

Having the craic = Having fun
Cop-on = Shrewdness

And last but not least, a vacuum cleaner is called nothing other than a hoover, and ‘your man’ is a male person pointed out, not your date!