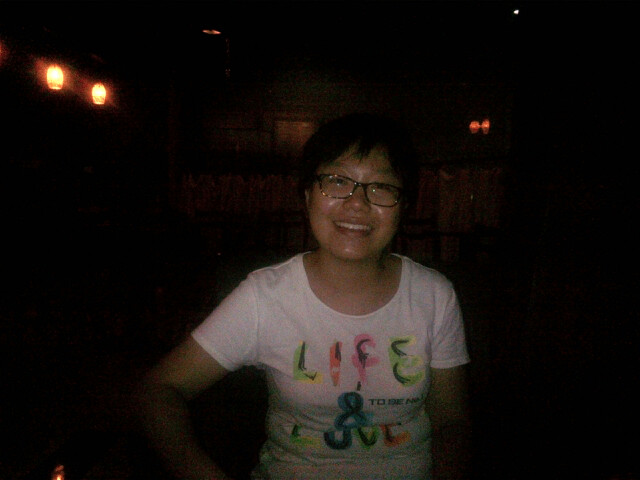 On our quest to introduce some of the locals in CAPA International Education's global city destinations, we look to Beijing where we meet with Wei Jingqi. She's from China's port city of Dalian originally, and managed to fulfil her dream of starting a life in Beijing when she came to study seven years ago. She now works in the capital. Below she talks about some of the everyday challenges she faces as a Beijinger, her experience volunteering at the 2008 Beijing Olympics and shares her best advice to American study abroad students heading to the city she calls home.

CAPA WORLD: Tell us a bit about yourself. Do you have an English name? Where in China did you grow up? How long have you lived in Beijing?
WEI JINGQI: My name is (Wei) Jingqi and my English name is Helen. It was given to me by my English teacher in senior middle school.

I grew up in Dalian, in Liaoning Province. Dalian is a beautiful and clean city. The weather is warm in the summer, and not so cold in the winter. Walking along the beach with my family and friends is the most unforgettable memory in my life so far. There's also a bridge on Binhai Road called Beida Bridge which is known as the bridge of lovers. When people get married, they often walk along the bridge together to symbolize the start of a happy and loving life together. Dalian is a place that is really worth visiting.

I have been in Beijing for nearly seven years. I first came to Beijing in 2007, the year before the Olympics. 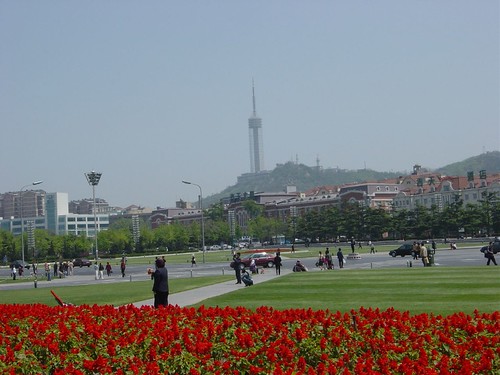 CW: What brought you to Beijing?
WJ: I came to study at university here and graduated in 2011. When I was at university, I won the first prize in the English competition for college students. Then I got a job in Wudaokou, near the famous Tsinghua University. Currently, I work as a translator (Mandarin and English) in Wangjing, which means I have a long journey from home to work. Mainly I translate articles, but sometimes I also do oral translation.

CW: You would have been in Beijing for the Olympics In 2008. How was that experience?
WJ: It was a wonderful time. I was very proud to be one of the volunteers for both the Beijing Olympics and the Paralympic Games that followed. I was in charge of picking up and seeing the foreign athletes off in Terminal 3 at the Beijing International Airport. 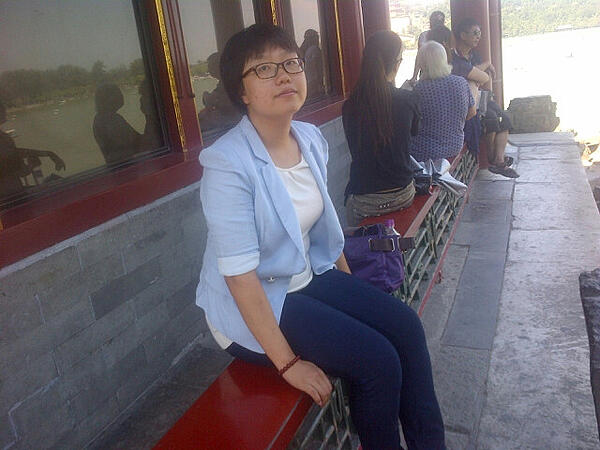 CW: It seems that many Chinese students come from all over China to study in Beijing. Why do you think that is?
WJ: Beijing is the capital of China. There’s a ballad famous in our country that says, “I love Beijing Tiananmen, the sun rises every day in front of Tiananmen. Chairmen Mao is our great leader, he leads us toward the bright future." Being able to go to Beijing is like a dream that was deeply rooted in my mind when I was a kid. I always wanted to visit the Forbidden City, the Summer Palace, the old streets and hutongs. And now I've grow up, it’s like a dream come true!

There are also the two top universities of China located here: Tsinghua and Beijing (Beida). The housing prices in Beijing are very high, but studying in universities can greatly relieve the burden of living in this top-tier city. Chinese nationals can live in subsidized campus housing for only about 1500 yuan (under $250) a year. It is crowded, with many to a room, but it's a good opportunity to get to know our classmates because we live together most of the time. University cafeterias are inexpensive too.

CW: How are off-campus living costs in Beijing?
WJ: Traveling in Beijing is affordable. You can get a transit card in any metro station, and then you will get a 60% discount when traveling by bus. When you take the metro, it’s only 2 yuan (about 30 US cents) for the whole journey. You can transfer freely between lines without having to pay extra money. Many students enjoy the inexpensive street food that is cooked on the side streets near campuses.

There are also many cultural relics here in Beijing, like the Forbidden City, the Great Wall, the Summer Palace, and so on and citizens get a 50% discount off entrance fees with a Chinese university student card. We can also visit many museums for free to learn about the history and culture of China. Although there are many expensive restaurants and shops in Beijing, local students are really too busy to use those. We feel we need to study hard and are often in the libraries well into the evening. 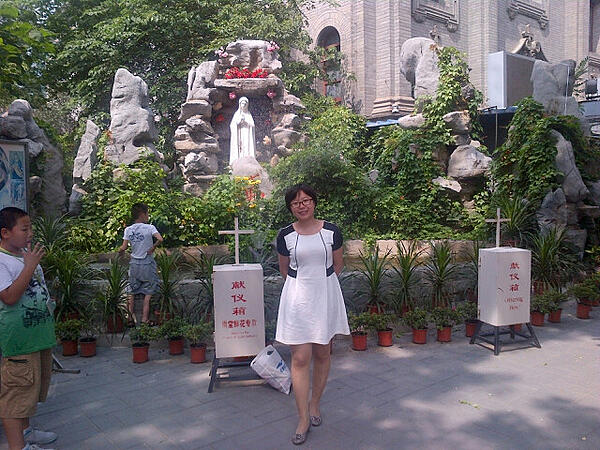 CW: Now that you working in Beijing, how do you spend your free time in this mega city?
WJ: I live by the West Third Ring Road, near Capital Normal University and not far from Yuyuantan Park. It's a couple of bus stops to Beijing Foreign Studies University, known as Beiwai. So, in my leisure time, I often go to Beiwai to read a book or wander around at Yuyuantan Park. Sometimes I just stay at home to watch movies and American TV series online. I like watching Two Broken Girls and The Big Bang.

Sometimes I also go to church on Sundays. The church I go to is Xuanwumen Catholic Cathedral. It is one of the oldest in Beijing. There is English Mass every Sunday. Many foreigners go there and there are free Bible classes, all taught in English.

CW: What is most challenging about living in Beijing?
WJ: Living in a big city like Beijing gives us more opportunities, but living a good life here is challenging. People come into the city from all over the country to get higher pay. With 20 million people here, we face a lot of pressure from things like traffic jams, housing prices, and of course the foggy weather. In the rush hour, there are so many people on the bus, and the metro and it is an effort to get on and off.

The housing prices are among the highest in the country. Most people tend to rent a house, but the rent is also high. They often rent a house near the border of Beijing, in Yanjiao, Hebei, and have long journey to work. Or, they rent a house or a room together with several other people which puts them under quite high pressure also. We hope that the government will take measures to encourage people to go to work by bus or other public transportation and to develop new technologies to give us more blue sky days. 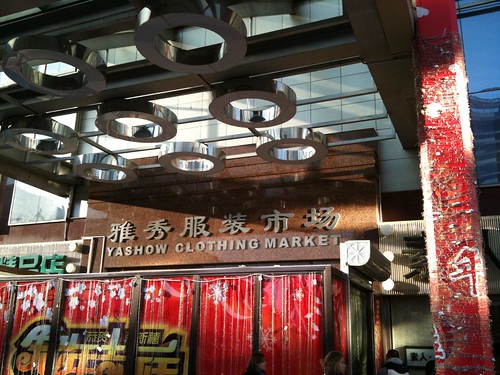 CW: What advice would you give to American students thinking of coming to study in Beijing? What should they know in advance?
WJ: If you are staying several months, the climate will change. We get all four seasons over the year. Clothes can be inexpensive, so there is no need to bring a lot. You can buy clothes at the Pearl Market or the Yashow Market. At these places, you can bargain. It is common that you can get 60% or 50% off. Be aware of fake goods before you buy. If the price is much lower than full priced ones, then it may be the fake ones - so long as you know that.

Eating in Beijing is very convenient. In the morning, you can see street vendors selling pancakes everywhere. There are also all kinds of different traditional Chinese food restaurant for you to choose. I personally recommend porridge and steamed buns in the morning. And remember, the Chinese believe that you should "eat like an emperor in the morning, eat like a princess in the noon and eat like a beggar in the evening", which is the best way to stay healthy. If you want to go to bars, Sanlitun and Wudaokou will be two good places for you to choose.

The best way is to live in a school dormitory, which will be the most cost-effective. Living off campus is expensive.

Public transport is very convenient. I recommend the metro subway system personally if the journey is far because you can avoid the traffic jams on the road and it will keep you punctual. The metro and buses usually stop running before 11:00pm so be aware of the time. Mom always said "don't miss the last bus and the one who loves you."