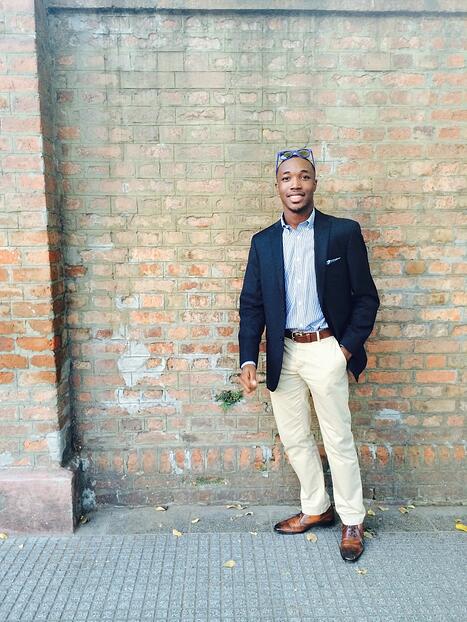 Morehouse College student Delonte Egwuatu studied abroad in Buenos Aires with CAPA International Education during Spring semester 2014. During his time in Argentina, he volunteered with a children's center called Taller María y José where he has enjoyed interacting with the kids and practicing his Spanish. Below, Delonte shares the most rewarding part of his volunteer experience, tells us a bit about his favorite MyEducation trip and talks about an area of the city that left an impression on him.

CAPA WORLD: Tell us a bit about yourself.
DELONTE EGWUATU: My name is Delonte Egwuatu. I am from Washington, DC but and half American and half Nigerian. I am a sophomore at Morehouse College, located in Atlanta, Georgia, studying Sociology and Spanish. I enjoy watching and playing tennis (Roger Federer is my favorite player). I also enjoy traveling and exploring what the world has to offer. Professionally, I'm interested in education policy and increasing success of black males in the USA. 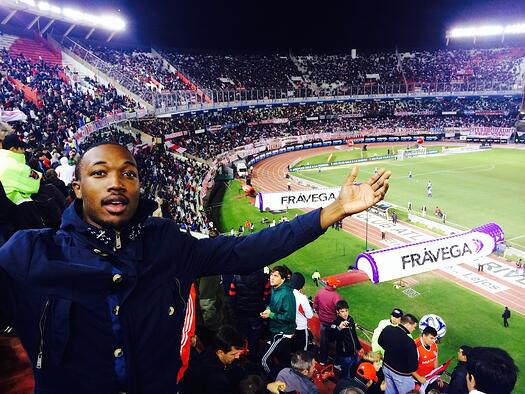 CW: To what level could you speak Spanish before you arrived in Buenos Aires? How has studying in a country where English is not the first language had an impact on your experience?
DE: When I was in elementary school, I attended a bi-lingual school studying academic subjects in both Spanish and English. Consequently, I have developed an ear for Spanish over the years. However, being in Argentina has most definitely improved my conversational abilities and increased my level of confidence. Studying in a country where English isn't the first language has had a great impact on my experience. It's funny, because when I meet people, I try to meet individuals who only speak Spanish so that I'm forced to use the language. However, I've met a lot of people who like to capitalize on the opportunity to converse in English. I feel as though I've learned a completely different way to communicate in Spanish, which I love. I hope to never lose the distinct Argentine way of speaking.

CW: You're volunteering while you're in Buenos Aires. Tell us, what is Taller María y José and how did you end up volunteering there?
DE: Taller María y José is a boarding day-care for children. The kids that I work with now range from 3-7 years old. I gained the opportunity to volunteer here through CAPA's Buenos Aires Office Assistant, Maria Pia Lastra. It's been a great experience thus far. I never thought I'd enjoy working with children so much, but they bring happiness to me every time I see them. I am able to not only practice my Spanish with them, but also learn about their young lives and issues that they face. 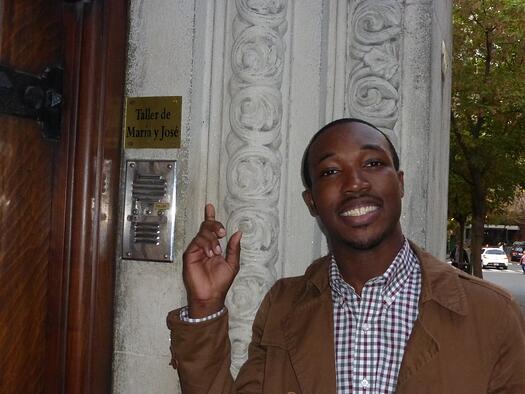 CW: What has been your most fulfilling moment so far at your volunteer site? What has been your biggest challenge?
DE: The most fulfilling moment has been receiving nicknames from all of the kids. I have about 5-6 nicknames in total which is distinct to each individual. Each child puts his or her respective flavor on my name which is quite funny to hear when they are calling me. Whenever I visit, I'm always greeted by big hugs, kisses and smiles. Lastly, being a male influence has been most rewarding. Most kids at the Taller are surrounded by women (nothing wrong with that), but it brings a sense of balance for a lot of them having experiences with a male. The biggest challenge at the beginning was probably the language barrier. After the first two weeks, that went away.

CW: What are your duties at Taller María y José? How do you spend your time?
DE: My duties are to do anything that is asked of me. They range from assisting with bathing, preparing snack time and playing with the kids. 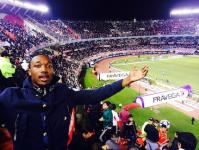 CW: Give three examples of ways in which you were able to tie the knowledge you’ve gained in your classes into the way you understand your host city.
DE: I understand now the vast usage of lunfardo (slang) and the history that is behind a lot of words that are used. Secondly, I understand the perception of class amongst Argentinians. Lastly, I understand the urban layout of the city. In class, we learn about which parts the immigrants settled in and the differences between each barrio.

CW: Define MyEducation in your own words. Which MyEducation event was most memorable for you and why? How did your participation in this event change your understanding of the city?
DE: MyEducation is a chance for students to explore the city more intimately. A lot of the events are not advertised and would be hard to know about them if we weren't advised. My favorite trip was to the estancia. It gave me an ability to escape the hustle and bustle of the busy city. I enjoyed seeing a different type of life that many Argentinians live. It also allowed me to understand the history of the Gaucho in Argentina and his role in the civilization vs barbarian notion. 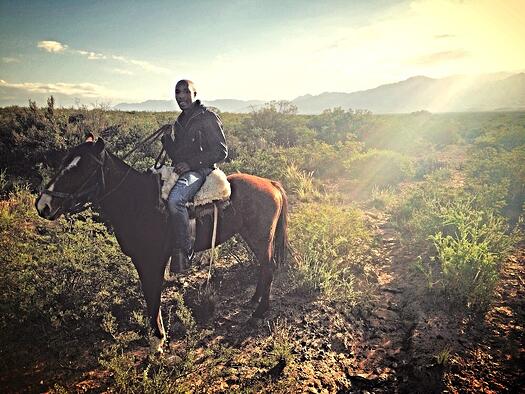 CW: How did you fund your study abroad experience?
DE: Since I made by decision to travel abroad so late in the semester, it was difficult to find funding. However, I received a scholarship from my home institution and loans were able to cover the rest of the cost. 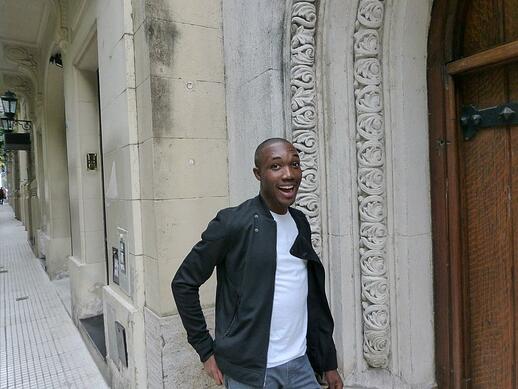 CW: Talk about your pre-departure experience. How did you finally make the decision to go abroad? What were your worries?
DE: I made the decision to go abroad mid-December. It was somewhat stressful to complete the application and all the necessary paper work, but the CAPA office in Boston was extremely helpful. I was anticipating the arrival in Buenos Aires since the moment I made the decision. I didn't have many worries, but did not know what to expect from the city.

CW: Describe an area of Buenos Aires that surprised you and tell us what it was about it that you didn’t expect. How did this change your perceptions of the city as a whole?
DE: The area of Buenos Aires that surprised me the most was Puerto Madero. It is one of the most expensive areas in the city but is surrounded by poverty. Like many other urban cities, gentrification is a way to boost the economy but at the expense of the less fortunate. In context, I think it represents a lot of class battles that this city faces. Many of the poorer residents are from the neighboring Latin American countries that live by more affluent Argentinians. Puerto Madero is a lovely place with river views and steeping skyscrapers, but one should not forget those who struggle to make it day-to-day.