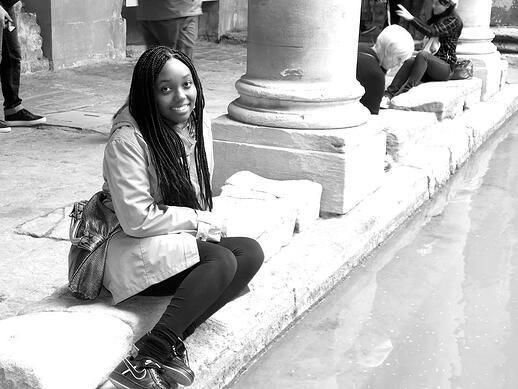 Imani Gary studied abroad in London during the Fall semester of 2013 with CAPA International Education. Expecting a historical city full of museums and prim and proper Brits, she was pleasantly surprised that while she found all of that, she also stumbled upon diversity, the gritty area of Camden, street art, locals with a great sense of humor. Below, she talks about experiencing Bangladeshi culture in East London, the ways in which she was able to tie the knowledge she gained in her CAPA classes into her understanding of the city and some of the transferable skills she's taken home to the States.

CAPA WORLD: Tell us a bit about yourself.
IMANI GARY: I’m Imani Gary, a junior from SUNY Oswego. I’m a double major in English and Creative Writing with a minor in French and studied abroad in London in Fall 2013. I’m an avid blogger on Tumblr and I enjoy reading and writing, primarily fiction and screenwriting. 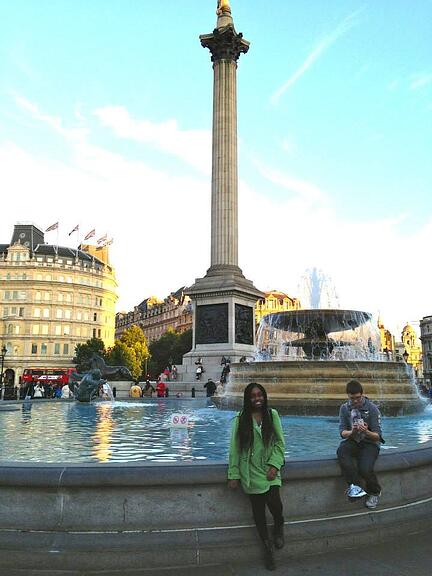 CW: Which MyEducation event was most memorable for you and why? How did your participation in this event change your understanding of the city?
IG: The Brick Lane Curry event was most memorable for me. From the time we got to London, every CAPA employee kind of hyped the event up. I was really excited to taste the food and experience part of the Bangladeshi culture in London. I thought it was great because it tied in with one of the classes I was taking that semester: "Understanding Modern Britain". The class was all about learning to view the city as a multiracial, diverse place. Experiencing bits and pieces of other cultures helped me learn a lot about the city of London and came in handy with the courses I enrolled in during my semester abroad. 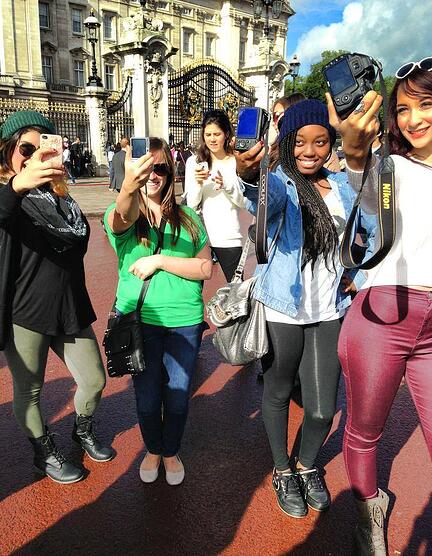 CW: Give three examples of ways in which you were able to tie the knowledge you’ve gained in your CAPA classes into the way you understand your host city.
IG:
1. In my "Post-War British Popular Culture" class, we learned about the different social classes and how they contributed to different aspects of popular culture whether it was film, music, or even nightlife. This helped me understand just how diverse London was. It also helped me understand that a lot of the changes in the city were driven by the youth and helped me feel empowered as a student.

2. In my "Understanding Modern Britain" course I learned about just how diverse the city of London is. As a requirement for the class, I ventured to events and museums around the city that would expand on the ideas and subjects we went over in class. My favorite part of the "Understanding Modern Britain" course was all of the field studies we went on. Each field study was different from the others and provided me the opportunity to do and see things I never would have on my own.

3. My "Contemporary British Film" course was great because it showed the city of London, as well as other cities in the United Kingdom, from a cinematic perspective. The films we watched were primarily about British citizens in their everyday lives. From the films, I learned a bit of British history as well as slang. 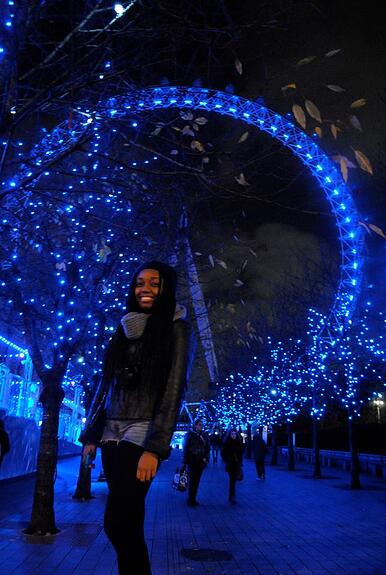 CW: Tell us a story of a memorable interaction you had with a local and why it left an impression on you.
IG: I think it was the first weekend we were in London when my flatmates and I decided to go to a club called XOYO that was rumored to host local celebrities on the regular. We got there and didn’t see a single famous person, but it was one of the first times we interacted with locals. We kind of split up from each other and I ended up meeting a student from UCL called Chris who was about two or three years older. We had a lot to talk about. After exchanging names, he took me by the shoulders and kissed both of my cheeks. Not being used to this kind of greeting, I giggled like a child. I thought to myself, “Wow, okay, this is how they do it here, I guess.” I didn’t receive that greeting that often during my time abroad, but I kind of learned to expect it. When you go to a different country, you obviously expect to experience different things, but I never considered my host country to have so many differences from American customs and traditions. Meeting and chatting with Chris that night was kind of an eye-opening experience for me. I got to hear about how someone in the same position as me but in a different country lived his life.

CW: What were your first impressions of your host city? How did these change over the course of the semester?
IG: I thought everyone was going to be very prim and proper, maybe a little stuck up. I also thought all of the buildings were going to be historic. As I met more and more locals, however, I learned that the British could be pretty laid back. They also have a great sense of humor and use sarcasm quite a bit. As I traveled around the city, I saw street art, gleaming buildings and exotic cars. I quickly learned that while London is a historical city, it has its fair share of contemporary elements. 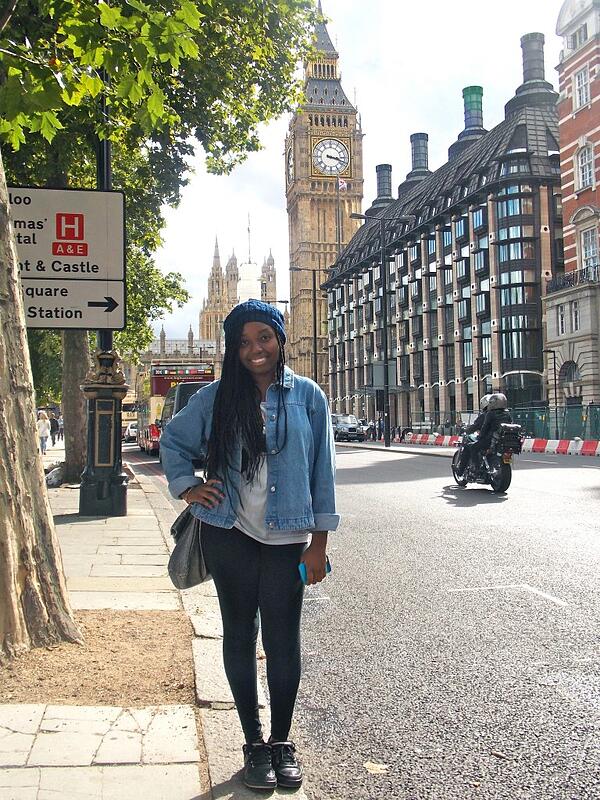 CW: What changes have you seen in yourself since you began your study abroad program? What has your experience taught you about yourself and the world around you?
IG: I’m definitely a lot more independent and financially responsible. I’m also more open to people of other cultures, religions, sexual orientations and economic classes. Immersing myself into a completely different culture taught me to be more accepting and open-minded. It also taught me that while it may be important to learn about your host city, it’s just as important to know about your home country. When interacting with other British students, they’d ask me questions about the U.S. that sometimes I honestly didn’t know the answer to. Being aware of the country you come from is just as important as being aware of the country you go to. 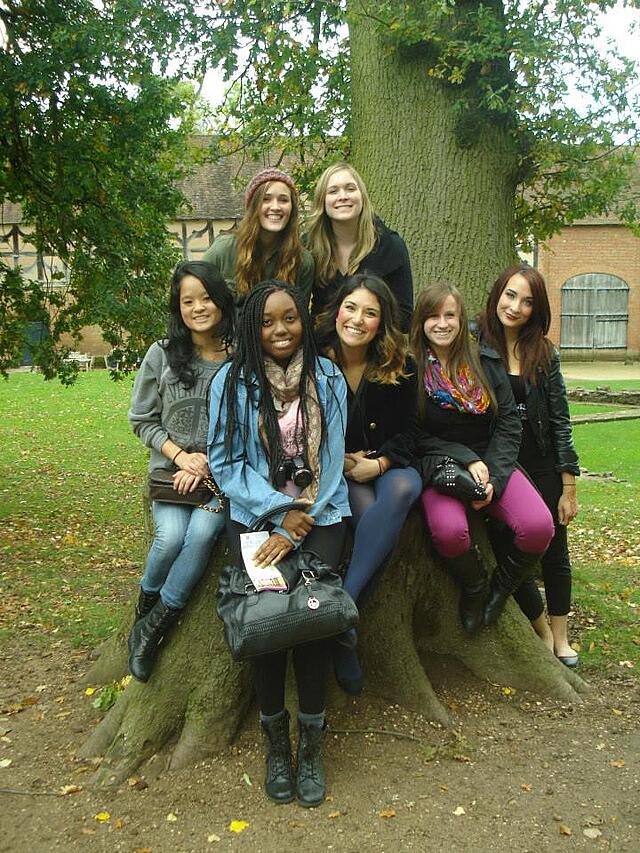 CW: What transferable skills have you learned from your study abroad experience?
IG: I learned how to live on a budget, how to travel safely and efficiently, how to interact with people from different cultures, and how to be more responsible for myself and others (flatmates, travel buddies and family members).

CW: What were the biggest challenges you faced in adapting to your host country? Most rewarding moment?
IG: One of the biggest challenges I faced was finding my way around London. I’m from New York City, so I’m no stranger to public transportation or large cities, but with London, I struggled a bit. I guess I figured that everything would come naturally to me and that I wouldn’t have to spend time learning street names or memorizing routes. Luckily, I figured it out and learned to make my way around the city for classes and recreational activities. My most rewarding moment was when a British citizen asked me for directions to the nearest Underground station and I was able to give him perfect directions to the nearest two. 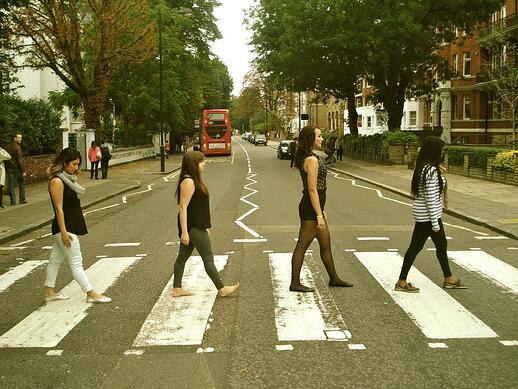 CW: Describe an area of the city that surprised you and tell us what it was about it that you didn’t expect. How did this change your perceptions of the city as a whole?
IG: I’ve got to say, Camden surprised me the most. It wasn’t the make up of the neighborhood or the people, but just the fact that such a place like it even existed in London. Camden Town is a diverse little area full of pubs, clubs, and every social class you could possibly imagine. I was fortunate enough to live there. When I first got to London, I expected everything to be pristine and regal looking, you know, to reflect the traditional monarchy. Camden was the complete opposite. It was grungy and full of vibrant youth. It helped me realize that London had a lot more to offer than museums and the royal family. 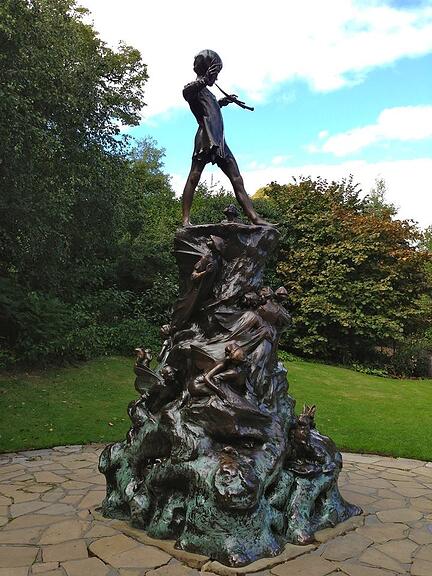 CW: Tell us about a book that inspired you to study abroad. How did what you read compare to the actual experience of living and studying abroad?
IG: The book that inspired me to study abroad the most was probably Peter Pan. I’m not sure how familiar you are with the story, but it’s all about a boy who escapes his real life and goes to a fantastical world where he’s allowed to live out his wildest dreams and eternally be a child. Well, for me, London was my fantastical world. I got to explore a new place and be on my own for the first time in my life. Also, the author of Peter Pan, J. M. Barrie, wrote part of the story about the famous Kensington Gardens, which I visited frequently while abroad. Living in London for four months and visiting the home of one of my favorite fictional characters was surreal, but it inspired me to be adventurous and make the most of my time abroad.