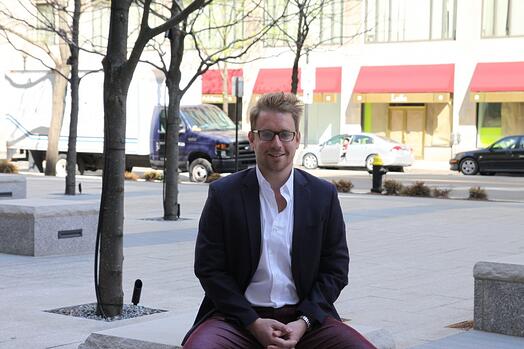 Studying abroad in London during Fall semester 2007 was really a springboard that helped David launch his career when he returned to the States and graduated with internship experience that was powerful enough to help him land a job. Since then, he has launched his own start-up technology company called uConnect to help colleges provide better career services to a new body of students. Below, David shares a few memories of his experience abroad, tells us how studying abroad gave him a career advantage over his graduating peers and the ways in which he grew personally as well.

CAPA WORLD: Tell us a bit about yourself.
DAVID KOZHUK: I grew up in Lynnfield, Massachusetts, just outside of Boston. I went to university at UMass Amherst and studied abroad in London with CAPA International Education during the Fall semester of 2007.

I’m a lover of all sports, technology, start-ups and hip-hop music. I also love to cook and, of course, eat and spend time with my best friends and closest family.

CW: How has your career developed since you returned to the States? What are you up to now that you've graduated?
DK: I interned with AIG in their Private Equity group while I was studying abroad. When I came back to the States, I was able to parlay that experience into a full-time job with a PE fund in Boston. I stayed in the Private Equity industry for 5 years and, in 2012, left my job to launch uConnect, a technology start-up that makes web and mobile applications designed to help colleges and universities provide rich online career services for their students. 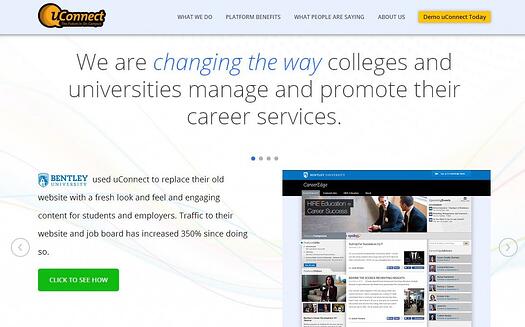 CW: Tell us a bit about your internship that you completed while studying abroad, your duties and accomplishments.
DK: The internship experience I had while I was studying abroad in London was amazing. AIG group makes secondary private equity investments in European PE funds. A small, but very sophisticated team managed hundreds of millions of Euros and was very active. To this day, I keep in touch with two of the four members of that team.

CW:. Do you feel your study abroad and internship experience gave you an edge over your peers? If so, how so?
DK: Living abroad provided incredible social and cultural perspective and the internship I completed during that time gave me a huge advantage over anyone else coming out of local colleges in Boston, even against Ivy League students with top tier domestic internships.

CW. What changes did you see in yourself during the course of your study abroad program? What did your experience teach you about yourself and the world around you?
DK: I became more mature. I cared more about professional development and networking and I also developed personally and socially with those close friends around me on the same program. I was in a serious relationship then with someone who was studying abroad in Barcelona and the time we spent traveling together was amazing. 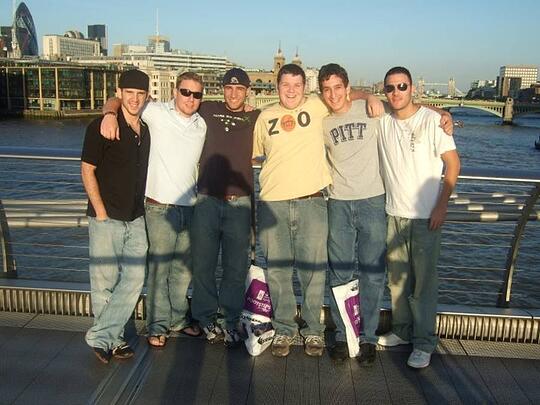 CW: Give an example of a valuable contribution you made to your internship site and how it has impacted the operation of the workplace.
DK: I played a significant role in the due diligence process for a €40 million deal that closed the last week I was there. The experience was so remarkable that I was able to leverage it into a full-time position with a firm in Boston that, otherwise, would have been very hard to get.

CW. How did you fund your time abroad?
DK: I worked the summer before, at an investment bank in New York, and saved money.

CW: One of CAPA’s core values is cultural engagement. Talk about some of the ways in which you experienced this while abroad.
DK: I traveled to eight European cities while living in London. I traveled with very different types of people to very different places. Some cities were more for fun and some were more for learning and cultural engagement. CAPA gave me the opportunity to explore those places with extreme flexibility but the necessary support to know that I had an institution I could rely on while traveling in a new city. 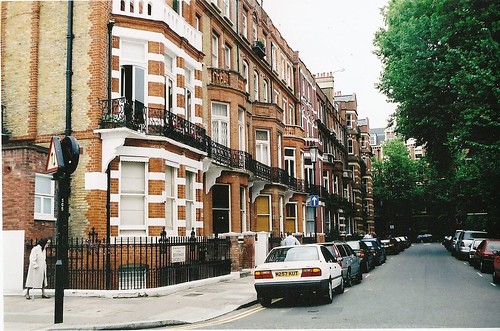 CW: What challenges did you face when you returned home, if any? How did your friends and family react to stories of your experience abroad?
DK: It was an easy transition home. At first I missed being home and enjoyed it, but soon the thought of being in such an amazing city with so much freedom made me miss London. I still tell stories about my experience abroad and when I tell people that I lived in Earl’s Court as a college student, and during my time there, sailed on a yacht in the French Riviera, partied in Barcelona, toured the Van Gogh museum in Amsterdam and went into self-induced food coma several times in Italy, people’s jaws drop. Most importantly, some of my closest friends are those that I made during that trip, which will forever be a link.

CW: What advice would you offer students currently studying abroad or considering a program?
DK: Studying abroad has been one of the richest experiences in my life and was one of the more rewarding decisions I made while on campus. Being part of an internship program is icing on the cake. To be able to experience a city in a social, cultural AND professional setting is so unique and one that I would think most students would want to be a part of.

Don’t worry about leaving your friends on campus, or missing a semester of classes with your faculty and peers. You have eight semesters on campus; dedicate one to an experience that will last a lifetime. You won’t regret it.