VIDEO: On Irish and American Stereotypes 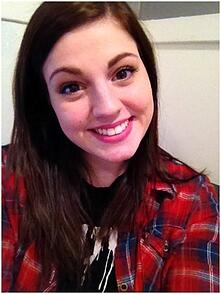 Emily Schoepflin is CAPA's Official Vlogger for Summer 2014, sharing her story in weekly CAPA World videos. A D'Youville College student from Buffalo, New York, she is studying abroad in Dublin this term.

In her 4th of July vlog, Emily explores first the stereotypes she previously held of the Irish and how they compare to reality now that she's studying abroad in Dublin. Then she takes her camera out to the streets and talks to some strangers who share their own stereotypes of Americans and whether these are true of Americans they've actually met. She also asks them where they've been in the States, if anywhere, and where they would like to go.

If you're interested in becoming CAPA's Official Vlogger for Fall 2014, fill in an application as soon as you've been accepted on a CAPA program. The deadline for Fall 2014 students is July 11.