People often say that studying abroad offers countless once in a lifetime experiences, but never did I realize how unique these opportunities would be. One of most memorable experiences from my study abroad experience came with thanks from The Exodus Foundation, where I interned. 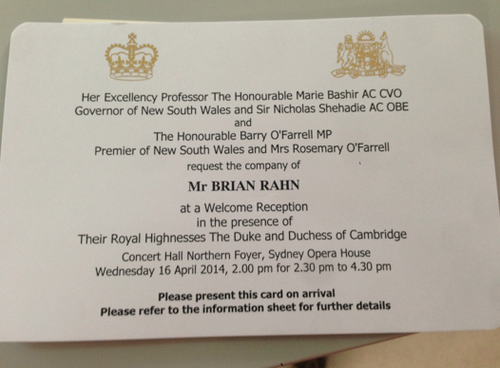 On the big day, I left my internship site early and headed down to the harbor to the iconic Sydney Opera House. I wasn’t too sure what to expect, but I figured I’d be in the big theatre with 500 to 600 other people. I met up with the other Exodus volunteer and together we got in line to cloak our belongings. Everything had to be cloaked; the only things allowed into the event were your ID and invitation. This meant no camera, phone, and not even my wallet. We were escorted to the venue, which to my surprise was in the foyer. This part of the opera house had floor to ceiling windows which over looked the Sydney harbor including an amazing view of the Harbor Bridge and surrounding city line. 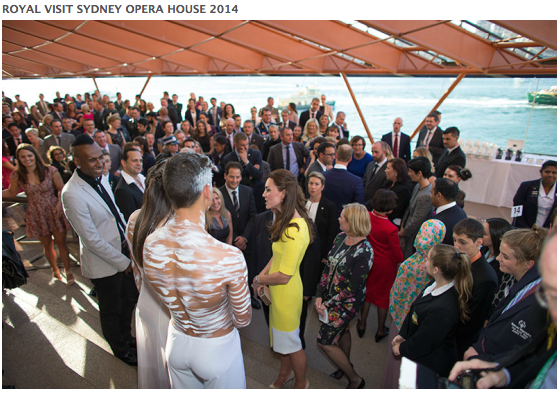 Being a smaller room than I was expecting, there were only about 200 people which made me feel pretty elite. Everyone was split up and assigned to a cocktail table with about eight other people. We mingled and networked for a while before the reception really got underway. There was a traditional Aboriginal dance to welcome Prince William and Kate to the stage, followed by a speech by the Prince. For the remaining time Prince William and Kate made their rounds, meeting as many people as possible. Although quick, I fortunately shook hands with Prince William and was a foot away from Kate! 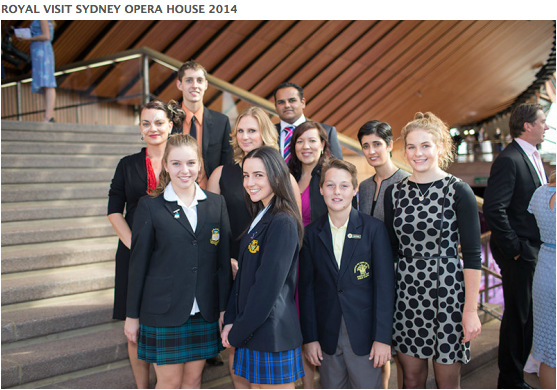 A couple of comments about the event overall. It was much better than just meeting Prince William; there was so much more. Firstly, the chance to meet so many good people of Sydney. Each person there was helping Sydney or the Australian community in one way or another through their work. It was awesome to see just how many people really cared about Sydney. Secondly, it was a great opportunity to network with people in all different fields and I took full advantage of this opportunity. Finally, I actually liked that cell phones and cameras weren’t allowed in. There were many times that I wished I could have taken a picture, yet looking back, it was nice that when the Prince was talking everyone didn’t have a camera or phone held up taking pictures and recording. It made everyone actually listen to what was being said and made the whole feeling much more genuine. 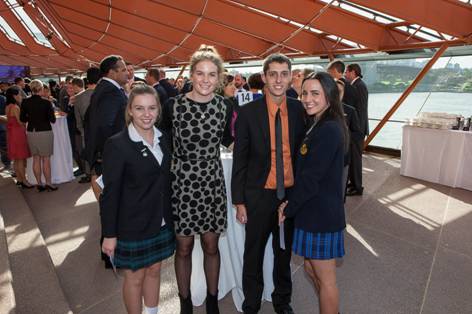 I can’t believe that I had such a once in a lifetime chance like this. I never would have thought when I boarded that first plane to study abroad in Sydney back in January that I would have stood inside the Sydney Opera House shaking hands with Prince William!