Heather is a photographer and recently graduated with a photo media degree. She spent this past Summer studying abroad in Sydney with CAPA International Education. A highlight of that experience was a photo editing internship with a small photography company. Below she talks about what she was thinking when she boarded the plane as well as on the journey home, the value of her internship and how it will help her in her future career and a few things about the city of Sydney that were unexpected.

CAPA WORLD: Tell us a bit about yourself.
HEATHER TURNER: I studied abroad with CAPA during the summer of 2014 in Sydney, Australia. I was a photo media major at the University of Kansas from where I recently graduated.

CW: What were your thoughts when you were sitting on the plane to Sydney? And what about the journey home?
HT: I was really excited to go to Australia. It was my top choice of places I'd like to visit. I had never traveled at all before, so I was ready to get out and enjoy some new experiences. On the plane I was worried I would have a hard time adjusting to the time difference since I was having a hard time sleeping. On my way there, I was most concerned with how much I would keep in touch with my friends and family and how frequently I would be able to talk to them. On my flight back home I was really excited to see my dad because I had been homesick for quite a while (I think in large part due to actually being physically ill). I was also very excited to be able to use my iPhone and Netflix again as lame as that sounds.

CW: Where were the places you carved out as "Your Sydney" - the Sydney you found outside of the tourist sites, the places that were most meaningful for you?
HT: "My Sydney" consisted of visiting several beaches: Bondi, Manly, Coogee and Bronte. Being from an inland state, it was really cool being able to see the ocean all the time and Bondi is where I spent one of my last days in Sydney. I also spent a very large part of my time at a cafe editing photos while I was away from work. The employees there started to recognize me and remember what I ate for breakfast. They were very kind towards me which was nice.

CW: What surprised you about Sydney? What did you discover that went beyond your expectations or stereotypes that exist of the city?
HT: I am from the suburbs outside of Kansas City, Kansas. I was most shocked by how many people there are in Sydney and how tall the buildings are. I kept hearing "It's like the New York of Australia", but I did not believe it until I was there. I had heard that it was very sunny but I was surprised to see that most of the streets and sidewalks were in shadow of the tall buildings most of the day. I was petrified that I would see a giant spider while I was there. Thank goodness I did not! I was very pleased that there were not crazy bugs or spiders everywhere which is what I had expected.

CW: You interned with Simon Cardwell Photography while you were abroad. Tell us about your duties and accomplishments there. How will this experience help you in your future career?
HT: I interned with Simon Cardwell at his new company Velvet Moth Photography with business partner Katherine Power. My main duty while working with them was editing photos from a photo shoot prior to my arrival in Sydney. On my first day I was able to assist on a photo shoot and see some of the behind the scenes action. The experience I gained from interning at Velvet Moth will help me when deciding what type of jobs I will be applying for. I now know that I would definitely like to pursue a job in photo editing.

CW: Give an example of a valuable contribution you made to your internship site and how it has impacted the operation of the workplace.
HT: My main contribution was working on this large editing project and now they have all those images ready for the client. I am thankful that they trusted me enough to re-touch their photographs. 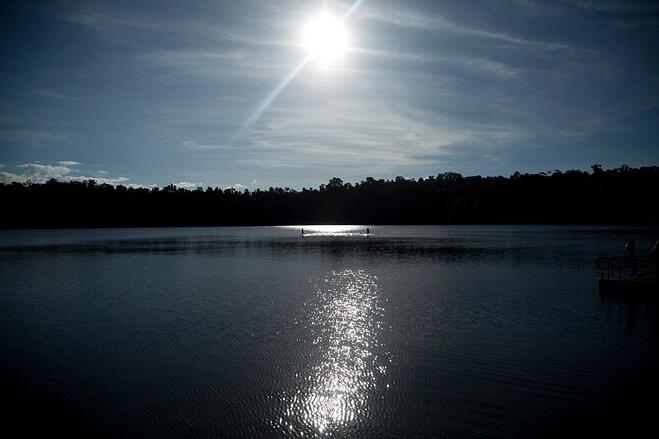 CW: Describe your initial interview with Simon Cardwell.
HT: My initial interview was not really an interview at all. I walked in and it was as though I had already been accepted. We just spent some time going over the company and what they hoped to get help with while I was there. 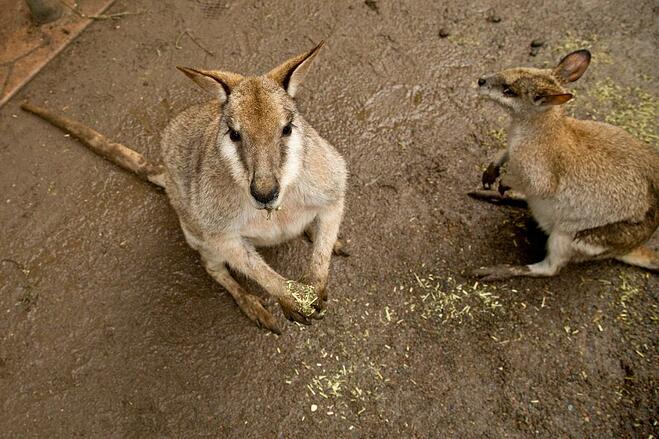 CW: What changes have you seen in yourself since you began your study abroad program? What has your experience taught you about yourself and the world around you?
HT: I don't know that I've really seen much change in myself... I am a little bit older than most students in the program. I went to Australia pretty much knowing who I am as a person and what I wanted to get out of the experience. I believe I achieved just that. I learned that as fun as all the traveling was and as much as I enjoyed my experiences, being away from my friends and family for that long was very difficult for me and I'm not quite ready to leave home just yet.

CW: How did you fund your time abroad?
HT: I was in a car accident three years ago and received some money from a law suit that ensued and that is how I was able to fund my time abroad. 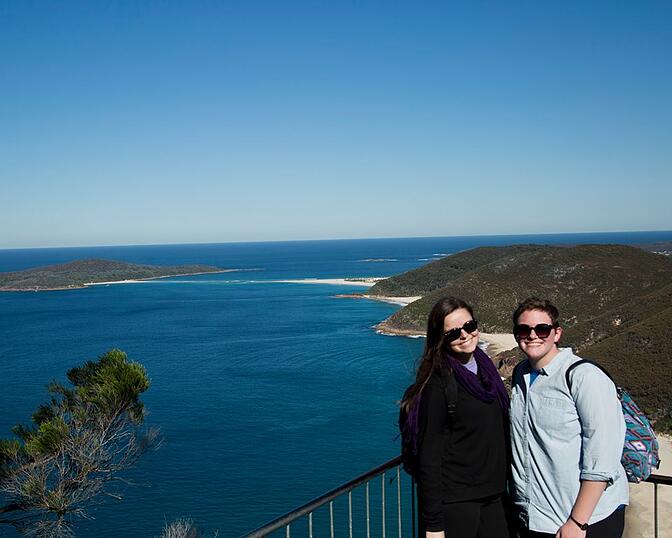 CW: Share one myth about study abroad in Sydney that you can debunk for other students.
HT: There are not koalas and kangaroos everywhere, you have to travel to see them.