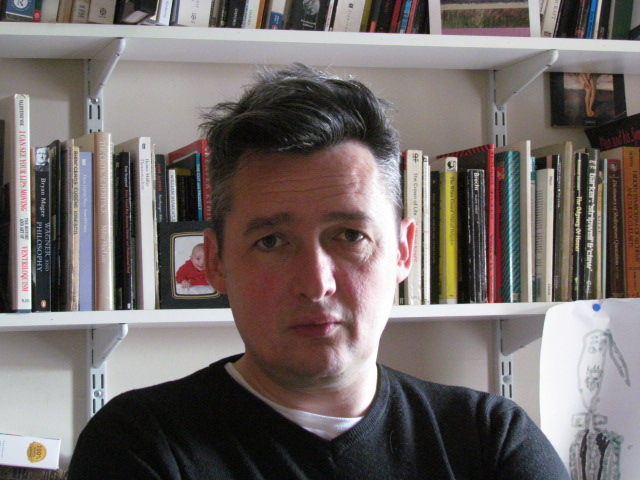 If you have already or will study abroad as a theater student at CAPA International Education in London, you'll definitely get to know the wonderfully talented and knowledgeable Dr. Michael Punter. He's currently teaching "Theatricality", "Modern Acting" and "Styles of Performance", adding two more courses to his repertoire in 2015. Below, Dr. Punter tells us what students can expect from his classes, about The Street theatre within the CAPA London center and a bit about his own play "Bunker Girls" that was performed in London earlier this year as well as how CAPA students contributed. 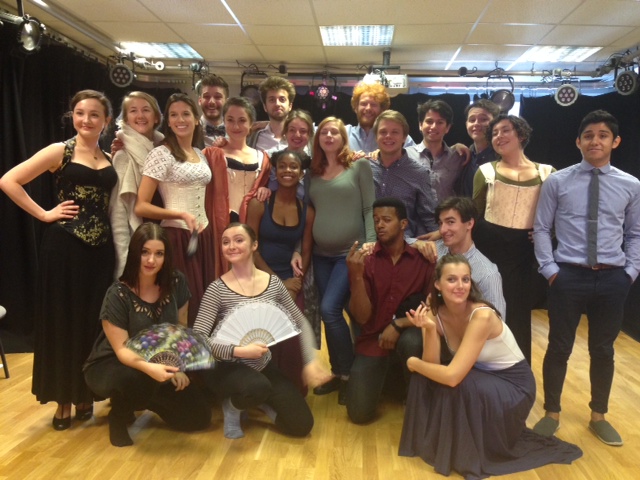 Photo: BFA students in The Street at CAPA London

CAPA WORLD: Tell us a bit about yourself and your background.
DR. MICHAEL PUNTER: I grew up in the suburbs of south London and now live in Sussex. I completed my BA degree in English and Theatre at Warwick University, my MA at Sussex, PGCE Teaching Certificate at Brighton and most recently, my PhD at London’s Royal Holloway College. My PhD specialism is in the nineteenth century and the use of magic on the stage.

I worked for many years as a freelance writer for theatre and radio, then taught in the Drama and Theatre department at Royal Holloway. I’ve had a number of plays produced and published, including "The Wolves" and "Darker Shores".

I came to CAPA two years ago when I was asked to develop a new theatre appreciation course which is now called "Theatricality". A year later, I took on an acting course called "Modern Acting" which we have now restructured and titled "Styles of Performance". From January ’15, I will also be teaching "Writing a Play in London" and from Fall ’15 "Magic and Witchcraft". It’s going well so far! 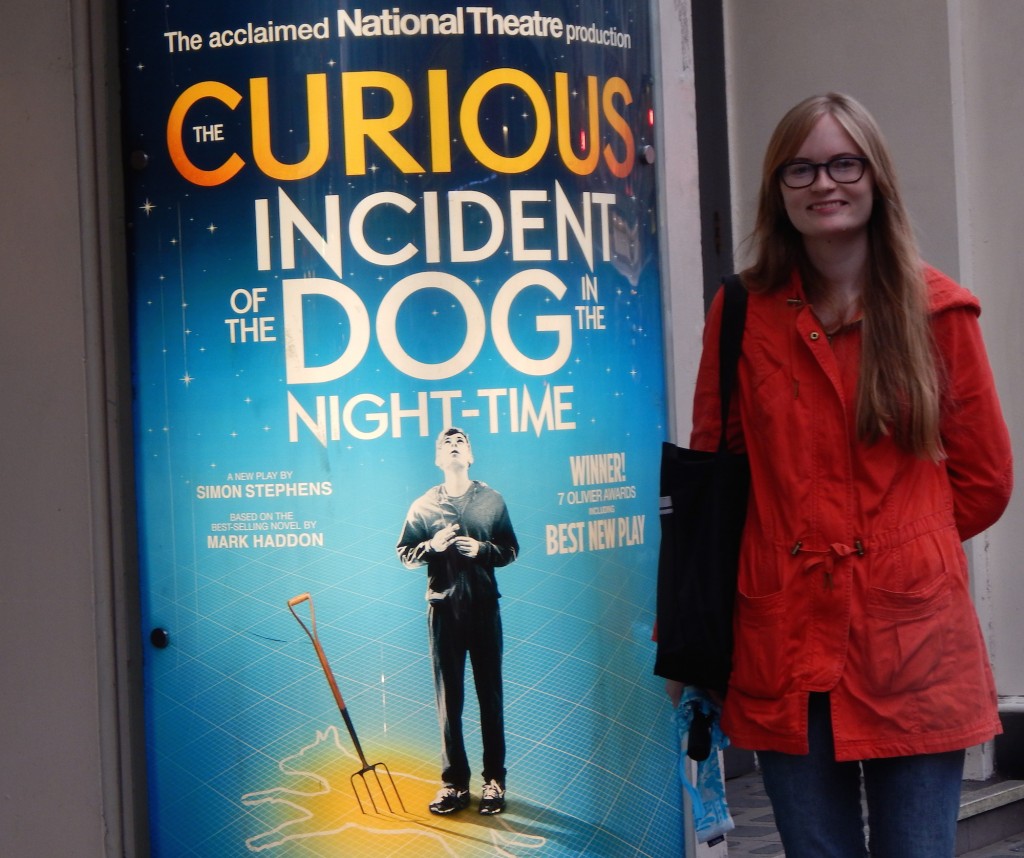 Photo: CAPA London student Emily McGeary attending "The Curious Incident of the Dog in the Night-Time"

CW: What can CAPA study abroad students expect when they take an acting class with you?
MP: I hope that they will have a lot of fun, learn a ton of new stuff and gain in confidence and skills. Classes are enjoyable, accessible and challenging, too. If students work with me or my colleague, Prof Nikki Hunt, they will work in an ensemble of performers, some experienced and some less-so. It doesn’t matter, as long as they have enthusiasm, creativity and a sense of fun. Students will challenge themselves, push their own boundaries and contribute to a piece of live performance that they will be very proud of. BFA acting students can work on their own project, and also perform work by new British and Irish playwrights. The experience is always a unique one. 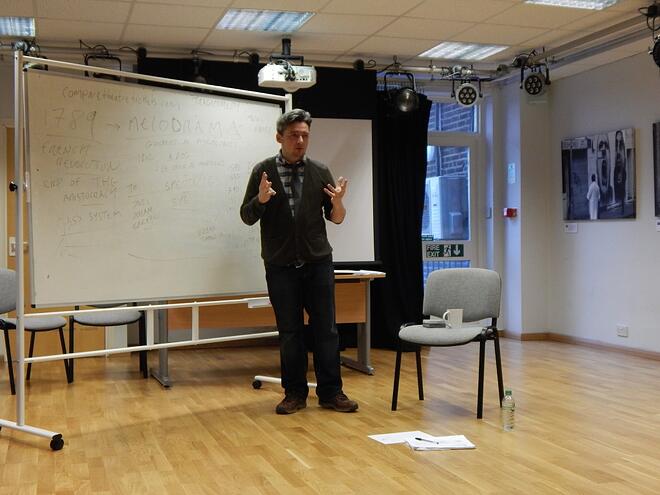 CW: Who are your favorite London-based playwrights? What can your students learn from their work?
MP: It changes every week! I love Shakespeare, of course, but I have a particular fondness for the work of Christopher Marlowe since you can see how drama changes through his work and just how rich and exciting language is becoming. His characters are always challenging boundaries of space and time, trying to defy their limitations. It’s everything the growing city is doing. In terms of living playwrights, I love the work of my friend Dan Rebellato – an amazing professor and playwright, and Debbie Tucker Green, a playwright who is also a poet, and writes language that’s so muscular and actable. 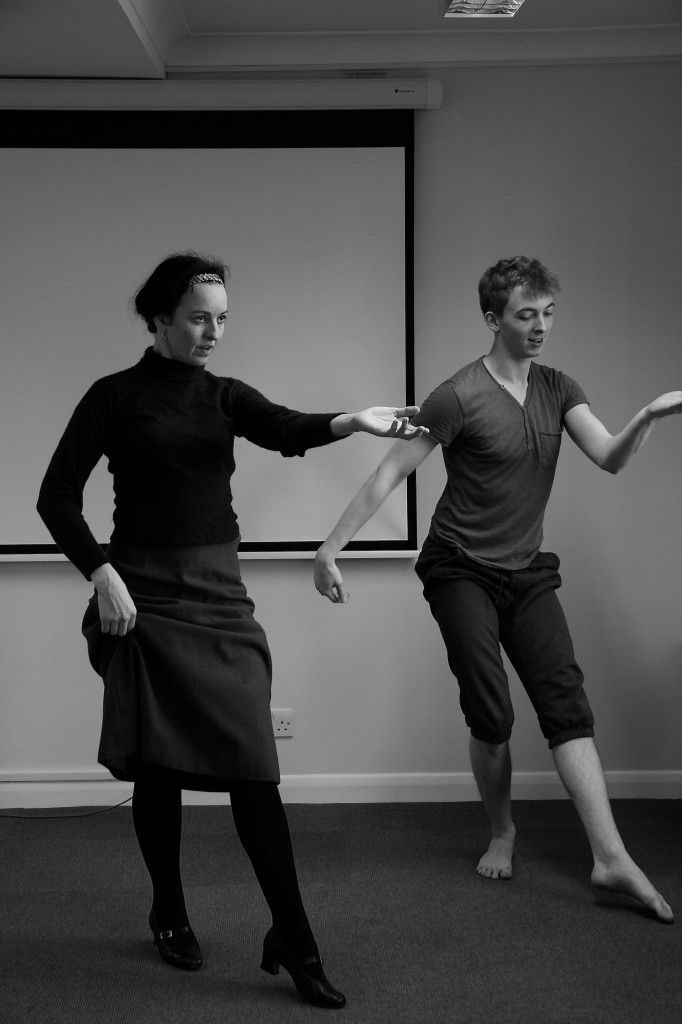 CW: Your play, "Bunker Girls", was performed earlier this year at Waterloo East Theatre in London. Give us an overview of the story.
MP: It’s the story of Hitler’s secretaries, inspired by interviews with a woman called Traudl Junge. The story is based on real people, but I fictionalized aspects to make it more dramatic. The secretaries, in the last few days of WW2, reflect on how they came to be there, from their first interview to the typing of important and incriminating documents. Finally, they plan an escape from the bunker. The play is being performed by former CAPA students in Minneapolis next year, which is one of the joys of working in international education! 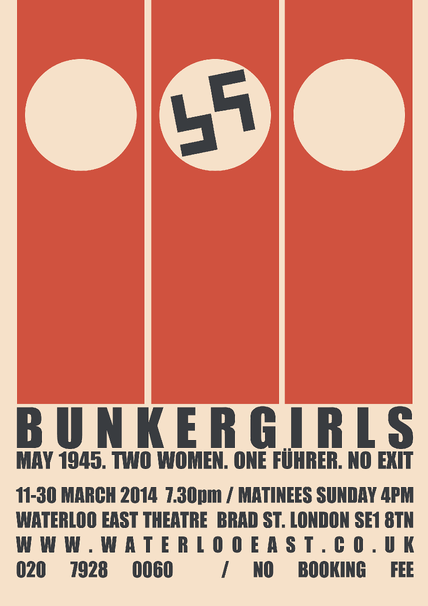 CW: Were CAPA students involved in the lead up and production of Bunker Girls? If so, in what capacity?
MP: CAPA students were heavily involved in all aspects of the production. A fantastic student from Minnesota called Lindsay Wente stage-managed the play along with Rider College’s Sean Cackoski and Sean Magnocca. Sean C also assisted very creatively with the dance and physical theatre aspects. The interns also appeared as silent staff in the Bunker! Ryan Roberson of Rollins College assisted the designer and made props and scenery at the workshops at Questors Theatre in Ealing. Even students who weren’t interns became involved, and it gave everyone an authentic experience of ‘the industry’. It was very exciting to watch students help bring the work to life. 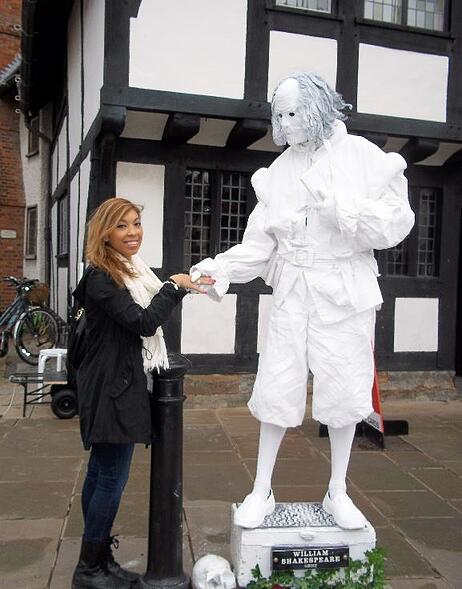 CW: Making use of the city as a classroom, what are some of the plays you've taken CAPA students to see in the past?
MP: It’s a rich and ever-changing library of plays! I always like students to see the play "The Woman in Black", since it’s also been a film and I’m able to highlight what makes a play theatrical and different from a movie. Many of our students have little experience of live performance, so it’s great to see a play that focuses on the idea of what performance is, and what it should do. Most recently, we took classes to "The Curious Incident of the Dog in the Night-Time", a wonderful new play called "My Perfect Mind" at the Young Vic and "The Comedy of Errors" at the Globe. For me, the best thing is seeing students perform on one of our courses, on the Globe stage or in The Street studio. That’s always special. 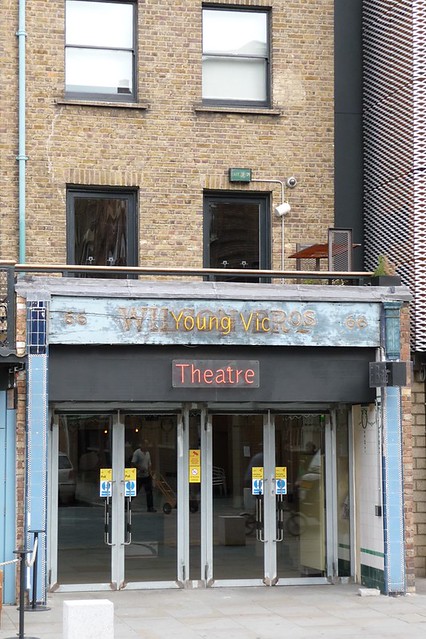 CW: The CAPA London center recently built a new theatre area for students. Describe this space and its features.
MP: It’s called The Street. It’s a large converted classroom that has a sprung floor and beautiful new lighting rig. It holds 45 people and can be moved into any configuration. It has housed an opera, a magic show, a workshop production of ENRON and a 7-minute version of Hamlet! CAPA decided to create the space two years ago, when we saw the quality of the students on "Modern Acting". CAPA’s president, John Christian, came to see a student show and then green-lit a decision to create the space. It’s a tremendous asset, and we are going to do more and more… 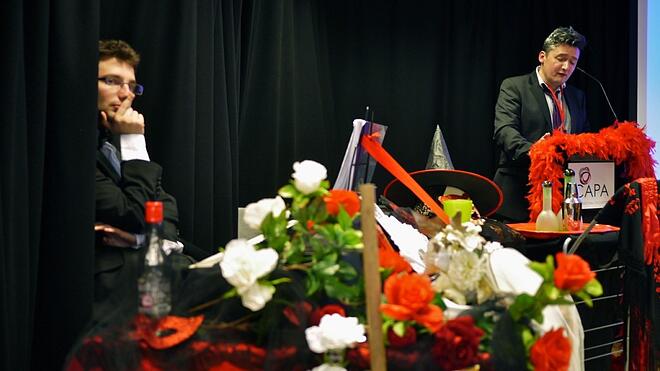 Photo: Dr. Michael Punter giving a speech on the opening night of The Street

CW: What's your favorite London discovery? Why is it special?
MP: I love the Greenwich area. It sums up the ambition of the city, the combination of art and science that comes in the late-17th century. You can walk up the hill to the observatory, stand on the Greenwich Meridian and look across London towards the City. These people were all about perspective, about moving their position in terms of both geography and history. The Maritime Museum houses some great art exhibitions, and you really can go at any time of year. It’s especially atmospheric in winter, and it also has a lovely theatre! There’s also the market and lots of coffees shops and pubs to warm yourself up in. 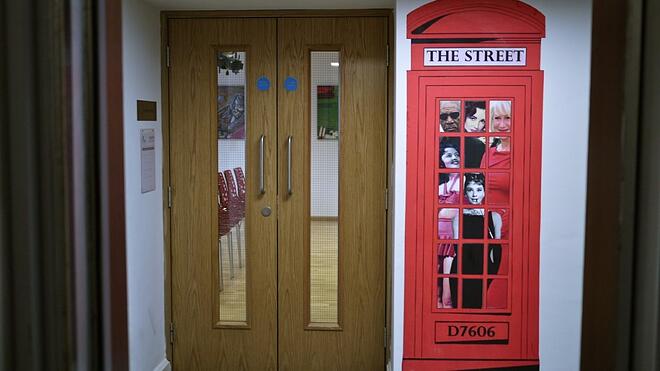 Photo: The entrance to The Street at CAPA London

CW: Which are your top three favorite theaters in London and why?
MP: I really like the Young Vic at Waterloo. It has a large main house, but I prefer its Maria Studio. It’s flexible (like our Street at CAPA) and you never know what you are going to get when you walk in. In a recent production of the South African play "Sizwe Bande is Dead", myself and the students were divided up on the grounds of race! It was shocking, but effectively showed us the horrors of apartheid.

I love the look of the Lyceum Theatre at the end of the Strand. It was once the home of the great actor Henry Irving, and his (at the time unknown) manager, Bram Stoker! Again, you can feel the history.

Hampstead Theatre is always a good place to see a play – a comfortable and thoughtfully designed new space where every seat has a great view. 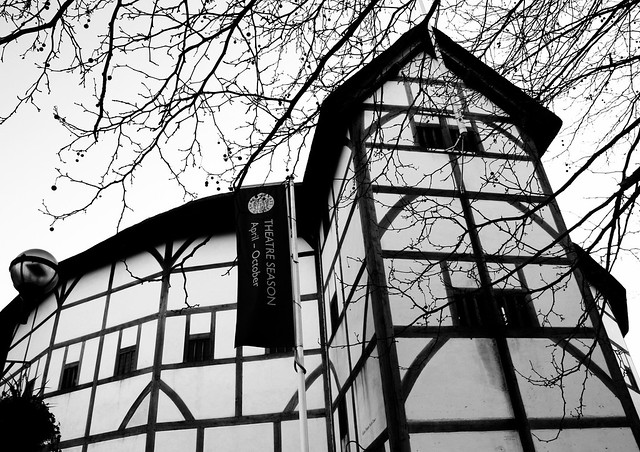 CW: How will studying abroad give acting students an edge when they return to their home campuses and then when they begin a career?
MP: You will get to study, discuss and perform plays in one of the great cultural centres of the Earth! It will expand your perspective, deepen you as a person and build your confidence hugely as you navigate an extraordinary place with increasing skill. You will see a rich diversity of work, understand that work in its cultural and historical context, and make relationships that will sustain your creativity through your life. As a teenager, I was lucky enough to spend time in the former Soviet Union and in the United States, and I can honestly say that they were the two great formative moments in my education. In the words of so many of our students ‘study in London is awesome’. We hope to make it even more so!