4 Reasons Why I Recommend CAPA Dublin

In this post, Grace talks about her favorite aspects of the CAPA Dublin program, along with the city of Dublin as a whole, and why you should consider CAPA Dublin during your study abroad program search.

Sometimes one of the most difficult aspects of studying abroad is first finding the right program. Although every individual considers different factors and preferences when deciding which program would them best, here’s a few CAPA Dublin benefits that might help you declare Dublin as your destination! 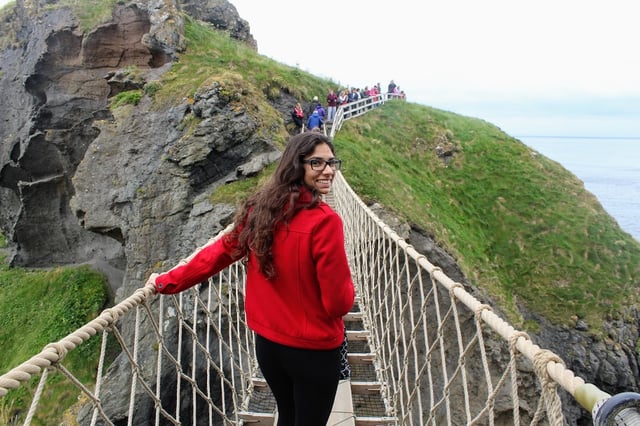 1. Dublin Is A Culturally Rich City

First and foremost, let’s talk about the city. Dublin has a beautiful way of bringing so many different atmospheres within the city together to wrap you up in one big hug of Irish pride. Whether you’re walking through the bustling city center near O’Connell Street and Trinity College, taking in the serenity of Phoenix Park or St. Stephen’s Green, cheering alongside thousands of Gaelic sports fans in Croke Park stadium, or simply strolling past Viking symbols along the River Liffey, you can always feel the deeply rooted culture and history of the city around you. 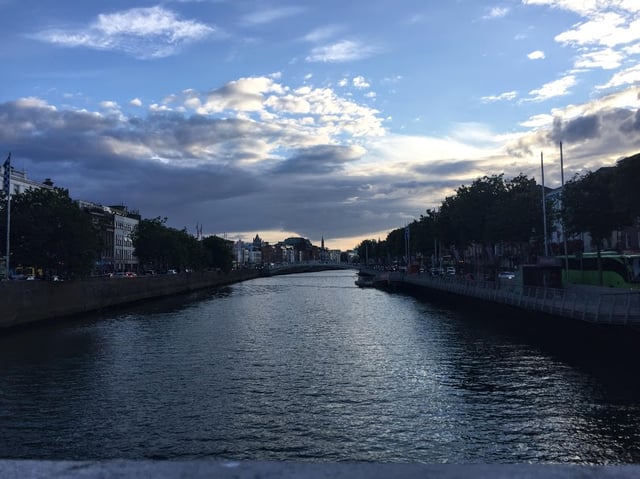 2. It's an English-Speaking Program

You shouldn’t let the fear of language barriers deter you from non-English-speaking countries. However, if you prefer a location proficient in English, the Emerald Isle is the place for you. I felt that I was able to get so much more out of my study abroad experience being able to communicate easily with the people around me, whether it was with my coworkers at my internship or with Irish locals at the pub. Still, beware of British English and Irish Gaelic terms! Thinking you ordered a biscuit then receiving a cookie could be a pleasant surprise. However, the initial surprise of a local suggesting some “craic” may not be as pleasant — it’s just the Irish word for fun!

I truly could not have asked for better on-site staff than the CAPA Dublin crew. They helped us settle in upon arrival, showed us around the city, and gave us a tour of Griffith College all within the first day, then were always willing to help us with whatever we needed throughout the rest of the program. The administration was so personable and friendly, giving us tips and recommendations to make the most of our experience.

Hayley Ní Bhriain, the Senior Program Coordinator at CAPA Dublin, sent us weekly “Monday Memos” that summarized what was going on each week, whether it was approaching due dates, schedule changes, or just fun events going on in the city. Darren Kelly, the professor of my Analyzing and Exploring the Global City: Dublin course, was always so much more to us than just a teacher. He not only told us funny stories and fun facts whenever he had the chance, but also coached us through adjusting to the Irish culture and helped us develop intercultural competence.

A few weeks into the program, CAPA took us on a very memorable excursion to Belfast, Northern Ireland. The trip started off with a bus tour that transported us from Dublin to Belfast, showed us famous landmarks such as peace walls and graveyards around the city, and gave us an entire history lesson on the Irish Civil War. The next stop on our trip was the Titanic Belfast museum. I shamelessly admit that I have seen James Cameron’s Titanic no less than thirty times, so you could imagine my excitement. CAPA treated us to a buffet-style lunch in the museum’s cafe, then we spent the next couple hours doing the self-guided tour. I, again, shamelessly admit that I was the last one out of thirty-five students to finish the museum. I mean, it’s self-guided for a reason, right? Not wanting our trip to end there, the majority of us decided to forgo the bus back to Dublin to stay overnight in Belfast. The following day we did another bus tour to the most magnificent spots in Northern Ireland. This jam-packed tour included stops at Giant’s Causeway, Dunluce Castle (a famous film spot for Castle Greyjoy for you Game of Thrones fans), the Bushmills Whiskey Distillery, the Carrick-A-Rede Rope Bridge, and Carrickfergus Castle, as well as a drive down the Antrim Coast through the villages of Cushendun, Cushendall, Glenariff, and Carnlough. After nine full hours of exploring, the tour concluded back in Belfast where we hopped on a charter bus back to Dublin.

Although the tours, scenery, castles, and more were incredible, what really made the excursion memorable was how much we bonded as a group. Because the trip was early on in the program, it gave us the chance to reach out of our comfort zones, build connections, and strengthen friendships while traveling and exploring such a beautiful new place together. 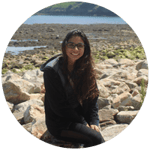 Meet Grace Vitale, a University of Florida student studying Marketing. She studied abroad in Dublin during Summer 2018 and is a CAPA Ambassador for the 2018-2019 school year.