Budgeting can be difficult, especially when you are in a new city that’s full of exciting restaurants, cafes, and markets you’ve never been to. Check out the different methods 5 CAPA London students use to manage their finances to make the most of their time abroad.

I heard that London is an expensive city before I got here. I was ready to spend mindfully in an attempt to budget. I failed within the first two weeks of being in London.

New cities, especially in Europe, are full of tempting foods, fun coffee shops, trips to new places, and lots of shopping. It was easy to get caught up in the spending on little things and forget that a few pounds here and there adds up really quickly. By the second Sunday, I was sitting on my bed looking at my bank account and feeling a little bit disappointed in myself. I realized that I wasn’t very good at converting pounds to dollars when I was out and about, so that two pound americano really wasn’t that cheap. So, I began budgeting more carefully to make sure I had the means to have fun while maintaining a sustainable living situation. Here are a few ways I chose to budget:

1. Capitalize on the free experiences

I get flustered when I’m roaming the streets. So, if I’ve finished something and am not sure of what to do next I’ll run straight to the nearest coffee shop just so I have a place to sit and gather myself. Well, when you’re exploring seven days a week, those coffees start to become expensive. I’ve found that instead of running into a coffee shop, finding the nearest museum and sitting in the lobby or courtyard gives me the same amount of relaxed sitting space. The museums here tend to have free wifi and are beautiful! My favorite so far in the Victoria and Albert. These are great places to collect yourself and think of the next place you want to see. That museum you choose could even turn into the next place you explore! 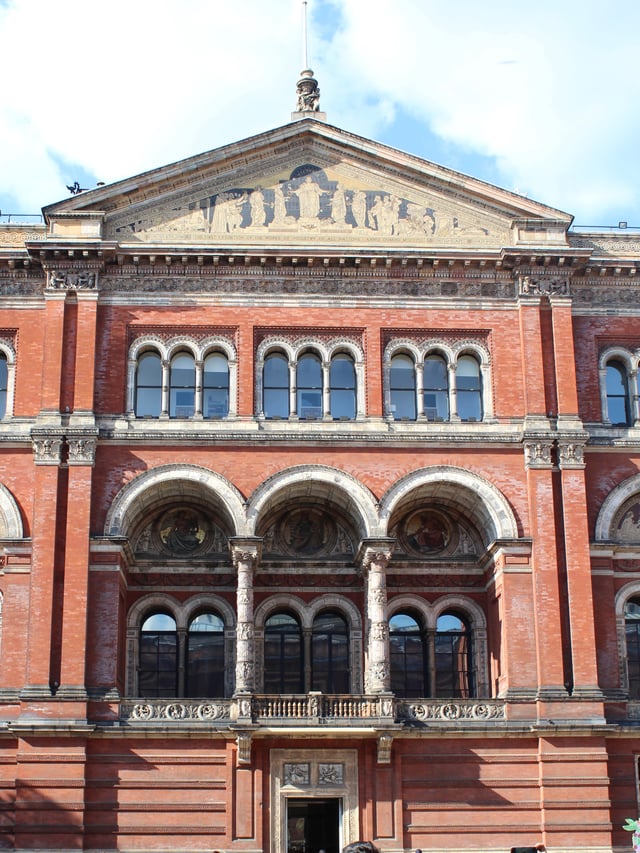 View from the Victoria and Albert courtyard Space.

I hate this tip because I hate cooking. However, it is significantly cheaper, and tends to be healthier, to cook than go out to eat for a majority of your meals. I try to follow and 80/20 rule, going out to eat on weekends and trying to eat from home during the week.

I’ve interviewed a few friends about their budgeting methods. I find that when I ask how someone else is allocating money I learn new budgeting techniques I hadn’t thought of.

A few tips from other CAPA students:

Zehra Khan is a student from University of Pittsburgh. She considers herself a big foodie and loves trying all the open air markets in London. While she loves food, she tries to keep herself on a fairly tight budget during the week. She says, “Give yourself a weekly allowance and try to stick with it. Obviously things will happen that won’t be within it, but make those things the exceptions instead of the norms.”

Zehra’s favorite bargain discovery in London is Lidle. The grocery store offers a fairly inexpensive variety of food for the week that can be supplemented with fresh produce from the markets around the city. 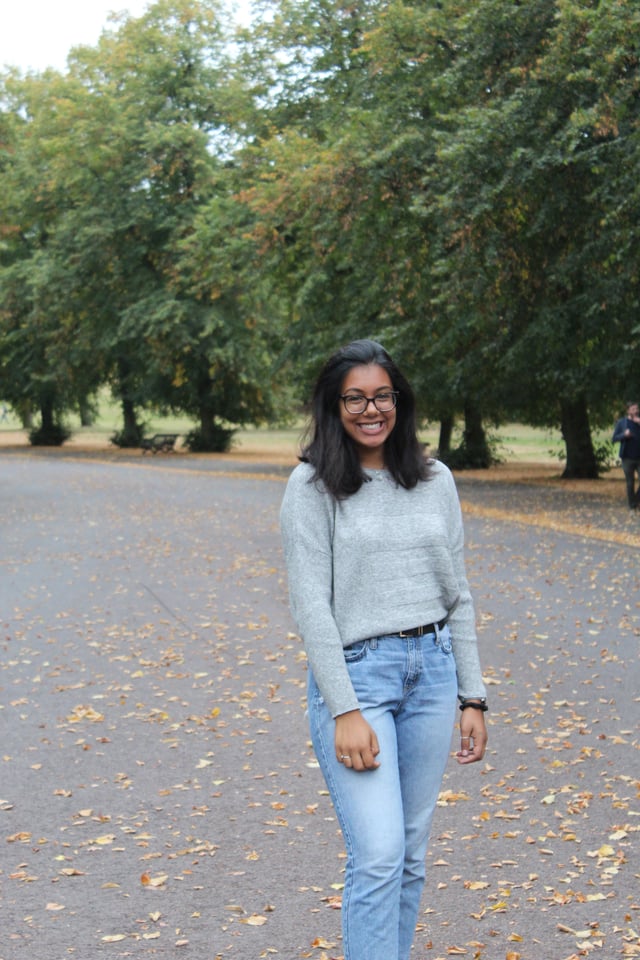 Zehra in Greenwich Park after exploring Greenwich Market and enjoying the local food.

Delilah Gonzalez studies at Rollins College. She enjoys trying new foods and exploring London’s urban environment. She recommended that students cook because most of the money spent in London will be on food. She also said she tends not to think of her spending as budgeting.

“I don’t really budget, I just spend intuitively. I grocery shop for the week, which is like 30 pounds and then allow myself to eat out twice on the weekends.” 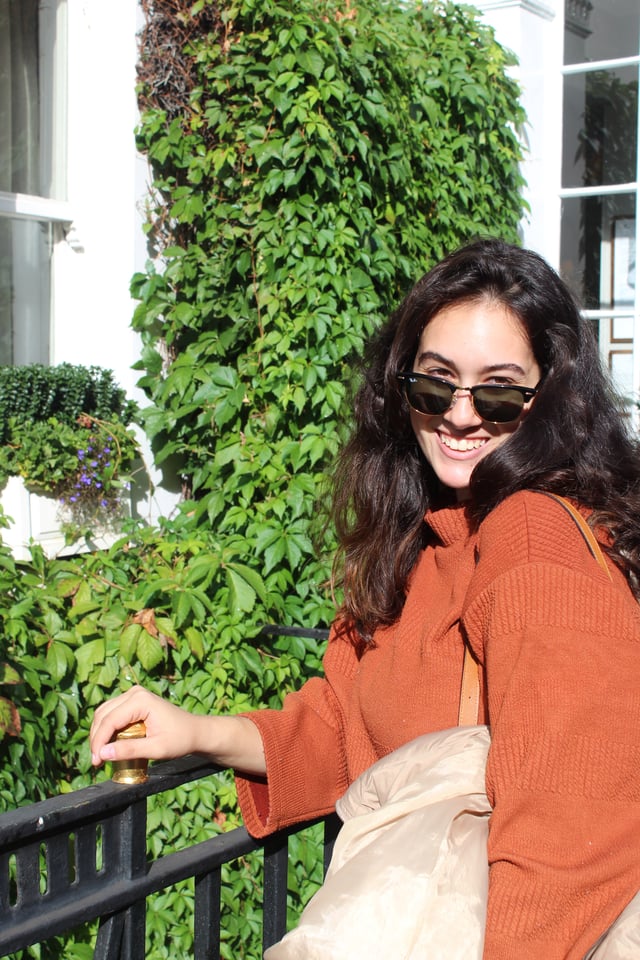 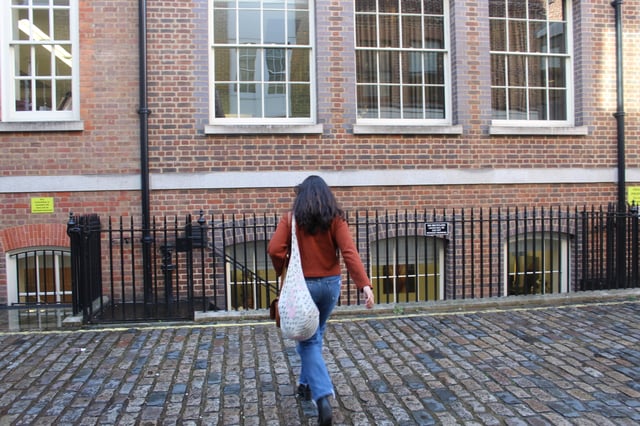 Deliliah celebrating the treasures she found while thrift shopping in High Street Kensington.

Samantha Torres, a CAPA student, finds herself running between an internship and class via long commute on most days with very little time to find meals. She said her best budgeting move has been where she chooses to get premade meals.

“Budgeting can be hard in London, and when you’re busy and working it can be even harder. Getting lunch at work can add up, so my trick is to instead of picking up a quick bite at Pret or Starbucks is the supermarket. Supermarkets are on every corner and always have prepared food for much cheaper. And, my number one rule in the UK: remember the exchange rate.”

Sam enjoying her London environment in front of Buckingham Palace.

The exchange rate is a huge factor to remember when spending in London. I’ve found that it’s easier to go to an ATM every few weeks and get cash out to spend because it allows me to avoid transaction fees and it gives me a physical reminder of what I’m spending. I try to get cash out for three weeks and lock two weeks of that in the safe, only carrying one week’s worth of cash with me. That way, I know that there’s more if I need it, but I can keep my spending goal in mind.

Caroline Klouse has a scholarship from her home institution Rollins. She was awarded the scholarship after she applied for study abroad. She said it was based on her study abroad application and was automatically assessed. In order to receive it, she must write five blog posts for Rollins about her experience. The scholarship has impacted how much she has to pay for school and it helps justify some spending while she’s abroad, but she still budgets.

“Keep an updated record of how much you spend, whether that be an excel sheet or just notes on your phone. Each week I have make a note of every place I spend money. So say I go to dinner, I’ll write down where and how much I spent. I give myself a weekly budget within a range and these notes help me keep track of it. If I spend over my range one week I’ll spend less the next.” 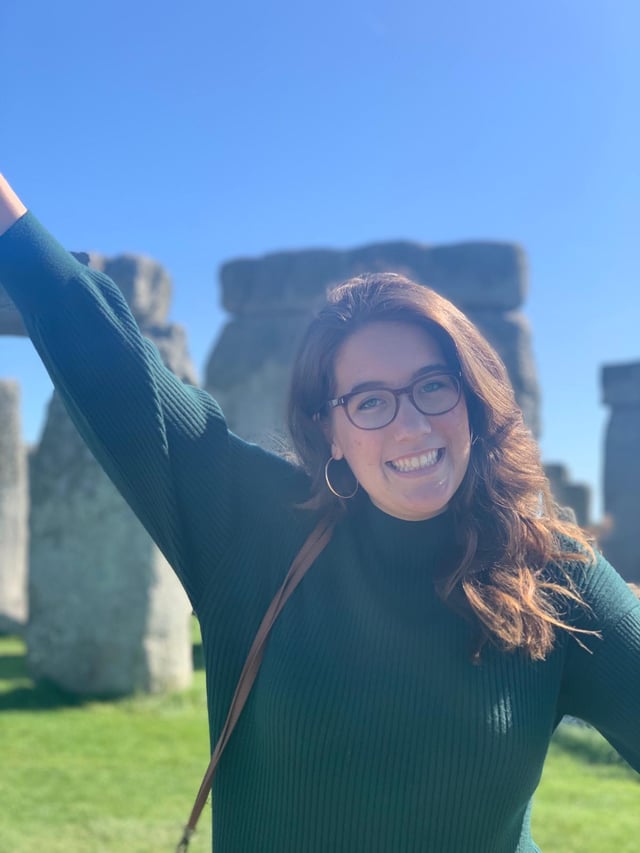 Caroline says it’s helpful to find the cheap grocery stores, she’s a big fan of Lidle. This way, the budget doesn’t solely go to food. My favorite piece of advice from her: “Don’t let money limit what you want to do.”

I’ve found that it’s really easy to get stressed out about how much money is being spent while abroad because I’m not making as much as I usually do. However, it’s helpful to remember that in five years I probably won’t remember the price I paid for a ticket to Amsterdam or dinner with friends, but I will remember the memories that the experience gave me. 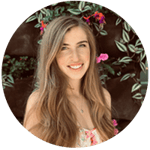 Makenna Sturgeon is an official CAPA blogger for fall 2019, sharing her story in frequent posts on CAPA World. A Journalism major at University of Colorado Boulder, she is studying abroad in London this semester.