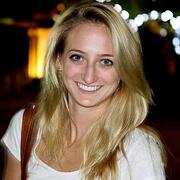 Words by Samantha Gauvain, a journalism major at Arizona State University, who was one of CAPA's official bloggers during her semester studying abroad in Dublin. We now welcome her back as a CAPA ambassador!

Well, my rain coat is packed away; my camera is fully charged and the memory card is strangely empty; my bank account is strangely full and I’m sitting at an English-style pub (I know, I’m a traitor) listening to the Pogues and recounting that one time I was in Galway.

Ireland seems so far away; some vague land I lived in once, as evidenced by a tendency to say “to take away” rather than “to go.” I’ve tried to restrain myself from describing in full detail the violinist that cursed me on the streets of Galway and the Chinese Dragon that roamed the alleyway in Madrid. This is to spare my friends from endless babbling. But my self-control is weak. 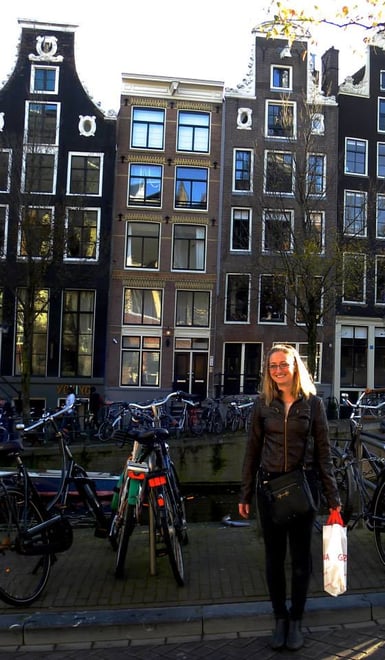 Luckily, during my time as a CAPA ambassador, I’ve introduced a few students to the miraculous experience that is studying abroad and found that there are a few travel-crazed folk out there who are willing to hear my rambling tales. However, there is a large number of students I’ve talked to who were hesitant about studying abroad, not because of flight-induced anxiety or language barriers but because they thought it would be far too expensive or dangerous.

Now, where you study abroad does affect your cost of living and your safety does vary based on where you go, but there’s no need to jump to extremes; thousands of American students travel to Europe and elsewhere every year and thanks to this wonderful thing called the internet you can read about their experiences.

I’ve Googled some things and while I might be biased, as a whole it seems like studying abroad is a pretty worthwhile thing. So, here’s a list (sorry, there are no memes- this isn’t Buzzfeed) of some budget/safety/hostels/random fun facts that I found.

1. Approximately 289,408 American students studied abroad in 2012/2013 and 53% of those students studied in Europe, the UK or Russia, according to the Institute of International Education. That’s a lot of people and that information isn’t even up-to-date. So I guarantee that if you have any very specific questions relating to where you may want to study abroad, there is someone out there who can answer them. This means that a lack of information is not an excuse to not study abroad. You’re on the computer now. If you’re thinking, “Man, I really want to know how many people speak English in Spain,” I want you to open a new tab in Google right now and look that up.

Did you look it up?

2. Studying abroad may not be as expensive as you think it is; many European countries are less expensive to attend than American Universities. However, you should definitely check what the exchange rate is before you make a final decision.

I pulled some information from ASU’s Study Abroad site. Non-resident student ASU tuition and housing for the fall of 2013 was about $18,000. Studying in Western Europe is about the same cost if you go through a partnership program. However, it cost less money for me to attend CAPA's Griffith College program in Dublin than to attend ASU and depending on what school you attend, your student loans and scholarships may cover the cost of studying abroad. I even had money left over to spend on traveling.

3. So, a lot of people have also asked about hostels in Europe and it appears that 80s-esque hostel stereotypes reign supreme. Are there seedy hostels out there? Absolutely. Are there seedy hotels out there? Have you ever driven along an interstate highway? Like anything else involving traveling, you have to do a bit of research before you go. As such, sites like Hostelworld.com will be your new best friend. You can read reviews from other travelers and even book right on the site so that you have a secure place to stay once you arrive. No more roaming from hostel to hostel looking for a place to stay and your mom and dad can look at where you’ll be ahead of time so there are no frantic phone calls.

A lot of places will also have a single room option. Obviously it’s more expensive but still less than a hotel. However, if you live in a dorm, you can live in a hostel sans probleme.

4. Some general safety tips: if you’re going out after dark, never travel alone but don’t be afraid to travel by yourself generally; it can be quite rewarding. Look up safety tips for the city you’re traveling to beforehand (there’s only so much I can include). Don’t carry a backpack; it screams tourist and they are really easy to pickpocket. If you carry a purse, make sure it’s a cross-body and has a top that zips shut. Carry either two debit cards or a credit card and a debit card. Have one on your person and hide the other in your suitcase or lock it up in your hostel. That way, if one is stolen or lost you have a back-up. Wear muted colors; you won’t attract attention to yourself and you’ll blend in.

5. Here are those random fun facts I found instead of doing my homework.

Traveling is addictive and after studying abroad, you’ll probably subscribe to National Geographic Traveler and start planning your next adventure. So get on it. Flip over to that new tab and Google the first country that comes to mind. Or go find a real study abroad listicle, but try to restrain the picture-induced drool.