Get up close and personal with London through these tours! CAPA alumnus Melody Marshall shares the 8 places she checked out and the best thing about each of them. 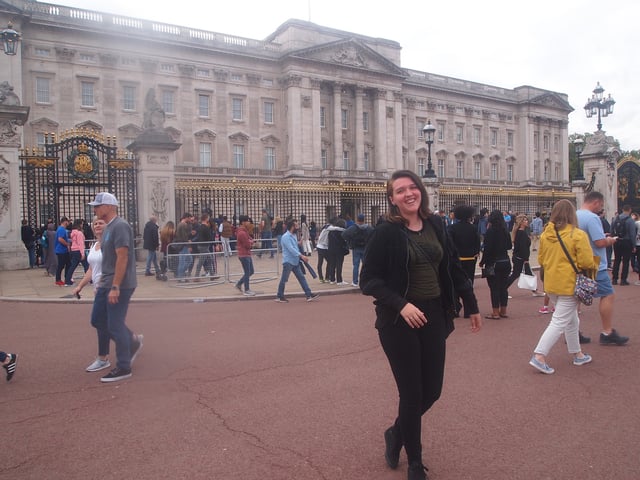 In front of Buckingham Palace.

The first tour I did in London was of Camden Town and South Bank! CAPA set this up for all the new students to get their first look around London and it was better than I could have asked for. This is where I got to meet a lot of people that ended up being some of my best friends during my time in London and I also got to learn about where I was living. I was living in the middle of Camden Town so to know all the famous bars, the best places to eat or see a live band, or even just to know what the Camden Markets are was so helpful! It was also great to learn how to get around South Bank and get all the touristy stuff out of the way so I could start to get to know the area as a Londoner. We even got to go to Buckingham Palace on this tour which was a very surreal “I’m actually here” moment. 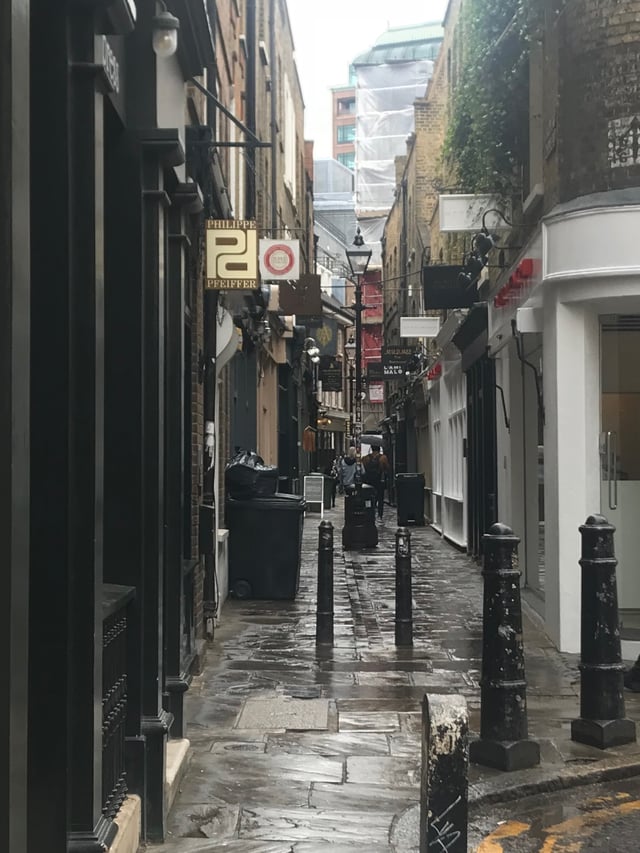 From the Jack the Ripper tour.

Another CAPA organized tour I signed up for was Jack the Ripper. As a huge horror and thriller fan, I’ve heard and watched many Jack the Ripper tales so I knew I had to jump on this tour. Our tour guide's name was Jamie and he was AMAZING. We traveled to all the Jack the Ripper crime scenes and learned about his victims and who they were when they were alive. It was an inspiring tour because rather than filling every moment with Jack and what he did, we were able to respect the women he hurt and learned a little history along the way (including the origin of the word “hangover”). I would love to do this tour again, and I definitely regret not doing the night time ghost tour in this area as well! 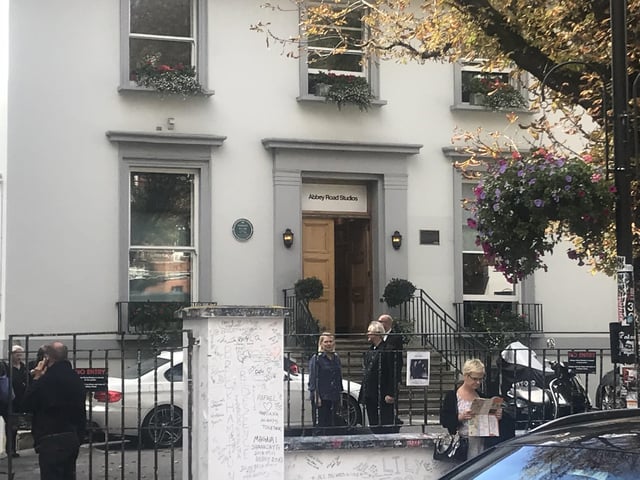 Of course: The Beatles! Personally, I’ve never been much of a fan of The Beatles, but signed up for the tour anyway. How could I go to London and not see Abbey Road? Despite it being a Beatles tour we learned a lot about all kinds of musicians who got their start in London, including Jimi Hendrix, Elton John, and The Kinks. Our tour guide was lovely and had so much information about the music scene in London, even giving us a few places to go to find good live music on weekends. 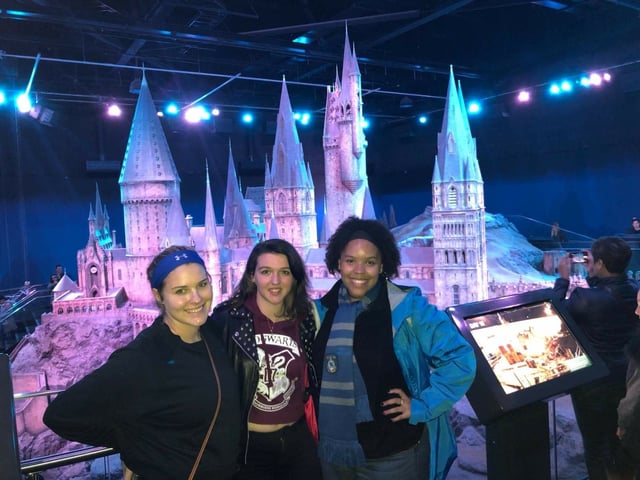 This one wasn’t a CAPA organized tour but it was definitely worth booking. As a huge Potterhead I knew I had to find all the filming locations possible, and this tour was the best way to do that! Two other CAPA students and I met the tour at Kings Cross Station near Platform 9 ¾ before getting on a bus and going through London. We saw the door to Diagon Alley, the Alley itself, and several locations that got edited into the Wizarding World we love. The last part of the tour was to Warner Brothers Studios which, needless to say, was magical. Starting in the Great Hall and winding through all the original sets, props, and costumes was a dream come true, and getting to do it with such amazing friends was even better. 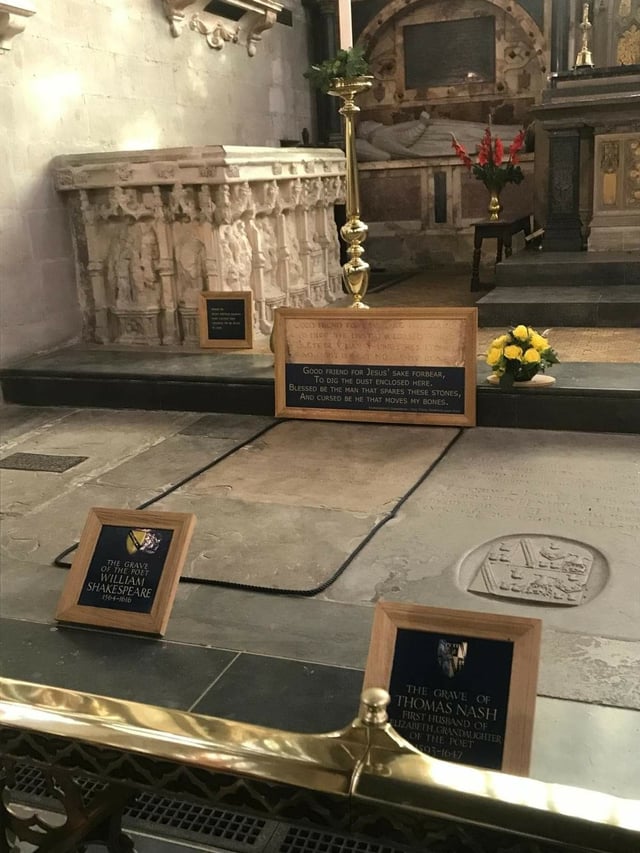 On the Shakespeare tour.

As a theatre major studying abroad in London, I knew I couldn’t miss going to Stratford-upon-Avon, and lucky for me CAPA made it an option for one of our weekend excursions! In Stratford, I got to geek out over Shakespeare to see where he grew up and lived before he came to London and started his career, and where his cursed bones are buried now. Even non-Shakespeare enthusiasts will enjoy this trip with so many cute little shops and performers all around to enjoy.

The same day we went to Stratford we also went to Oxford, home of the famous university. Harry Potter and Lord of the Rings fans will love this trip since so much of Hogwarts was based on Oxford University. There is also the Eagle and Child in Oxford—the pub that J.R.R. Tolkein and C.S. Lewis went to when they both were at Oxford. Regardless of famous authors or magic schools, Oxford has a lot of great museums that you can hit after a tour. Plus, it’s a beautiful city to be in.

Here I am at the Roman Baths.

The Roman Baths! I had never thought much about the Roman Baths or the town of Bath in general but the CAPA excursion was incredible. Not only did we end up in the city during the Jane Austen Festival that takes place every fall, but we also got tickets to tour the baths and learn about the history of the city; we even learned that Bath has its own currency.

After taking us to Bath, the excursion went to Stonehenge. I thought I knew what Stonehenge would be like, but when I got there it was so much more than I could have imagined! The stones stand at about 13 feet tall, and it’s hard to tell what’s keeping them standing. The tour of Stonehenge starts at a gift-shop-like starting point and you get shuttled out from there. Once you get to the Stones there’s nothing else in sight, and it feels almost supernatural to be there. 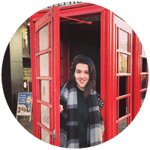 Melody Marshall is a Senior at Rider University studying Arts Administration. Melody studied abroad in London with CAPA in Fall 2018 and participated in our Creative Arts Certificate program.