A CAPA Excursion to the Civil War Bunkers in Barcelona

Stephen recounts the tour he went on as part of a CAPA excursion. It included a bit of a pleasant hike and lots of historical facts about the Civil War Bunkers and how Barcelona coped during the Spanish Civil War.

Hello again! After a weirdly cloudy month or so here in Barcelona, spring is here!

With so much going on, I finally got to one of the CAPA included excursions last Friday to the Civil War Bunkers. It was a pleasant walk with a little bit of hiking and lots of cool facts about the history of the Civil War. Big thanks to Adrián for being a great tour guide.

Caption: It may be hard to see, but when we got to the top there was a guy majestically blowing bubbles on a cliffside.

We started at Plaza del Diamant in Gracia, where bomb shelters built by residents can still be toured today. Unfortunately, there was a school field trip taking a tour, so we weren’t able to go down and check it out. Instead, Adrián gave us a brief history of the shelters before we began the trek. During the Spanish Civil War, Franco gave the island of Mallorca to Italy so that they could have an airbase to aid him in his fight against the Republicans. Between the 16th and 18th of March in 1938, the city was bombed almost continuously by Italian planes, with Barceloneta being the neighborhood hit worst. Few parts of the city weren’t hit to some degree, but the shelters we saw made it out unscathed. 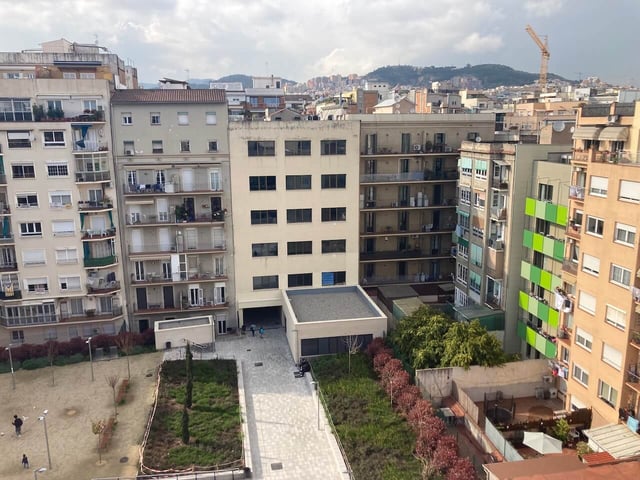 Caption: My block, or manzana, also survived the bombings unscathed, probably because of its proximity to La Sagrada Familia.

On our walk, we discussed Spanish politics and debated the validity of astrology (don’t remember how that came up), and Adrián told us about some good food spots. He mentioned Anita’s, which is supposed to have the best ice cream in Barcelona, so I’ll have to get over there. I have been able to go to another one of his suggestions in Gracia, though: Candela Canela bakery. After my visit, I can confidently say that this goes on the list of places you have to go in Barcelona. Their raspberry cinnamon roll genuinely changed my life. Sorry, there was no time for pictures; I just had to get it in my belly. Okay, back to the Bunkers.

The Bunkers del Carmel were originally an outpost for the Spanish forces fighting against Franco to deter incoming aircraft and warn the city of any attacks. Nowadays, the panoramic view of the city, which was chosen to help save as many lives as possible, is a prime location for people taking Instagram pictures. Rightfully so, though, because the background is breathtaking, and it’s another place that’s a must-see in the city.

Caption: One more view of my 2nd home.

One more thing! I know I’ve hit y’all over the head with this image at this point, but this is the last time you’ll get to see it. The dream within the dream has sadly come to an end. Due to some unforeseen circumstances, our whole building has been asked to leave. This is the first time CAPA has had to move students due to construction and it was on very short notice. I must say, they did a great job and we’re already set up in a new place by Universitat de Barcelona. My roommates and I miss our view, but we can’t be anything but grateful that we lived next to a world landmark for as long as we did, let alone at all. 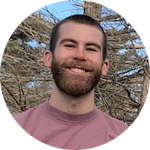