A CAPA London Excursion to Paris 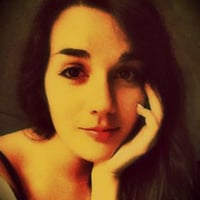 Alyssa Reimenschneider is an official CAPA blogger for fall 2015, sharing her story in weekly posts on CAPA World. An English Literature and Studio Art major at Albright College, she is studying abroad in London this fall.

Below, Alyssa takes us on the CAPA London excursion to Paris.

At 3am last Monday morning, when I finally made it back to my room in London after being stuck on a train from France for six hours, my impressions of my weekend trip to Paris did not feel overly favorable. At the present moment, they involved recollections of long lines at UK customs, the lingering ache of luggage digging into my shoulders, slight hysteria at being driven stir-crazy in a train delayed outside of the Chunnel for three hours, and an overwhelming sense of exhaustion from the entire experience.

After eight hours of sleep, however, I reminded myself that that was only the return journey, and to counter its negative associations, I started to page through all the positive moments in Paris that I now held within my memory. I didn't want my recollection of Paris to forever be just a slow-moving train and a slew of frustrations, because there was so much that came before and between that in three whirlwind days. It was full of small moments that couldn't have happened anywhere else, and those are what I want to remember most.

This is what Paris is:

The cobblestone streets and ivory buildings of an ancient city, adorned with tiny European cars and flowers hanging from terraces above red-and-orange-leaved trees.

The scent of crepes and baguettes drifting through the evening air, mingling with the music of street musicians' accordions and the current of the deep blue River Seine. 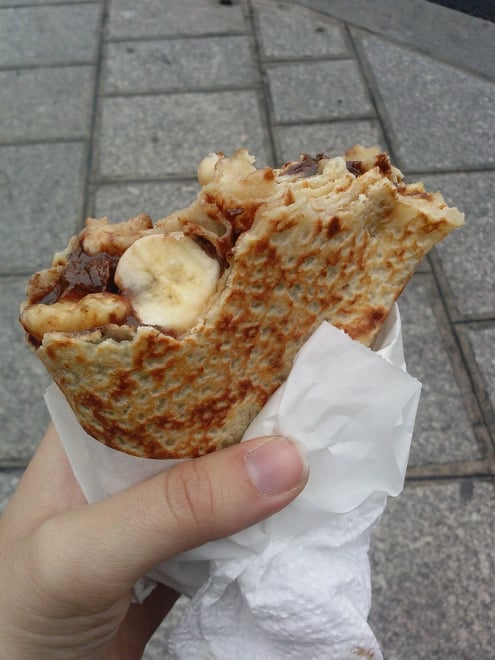 The sight of the Eiffel Tower disappearing into the mist from the deck of a riverboat, which, on the dark waters, glides past old castles, train stations and museums as the lights of the city begin to awaken.

The illuminated courtyard of the Louvre at night, scattered with tourists, insistent street vendors with light-up Eiffel towers, and the melody of a vagrant violinist. 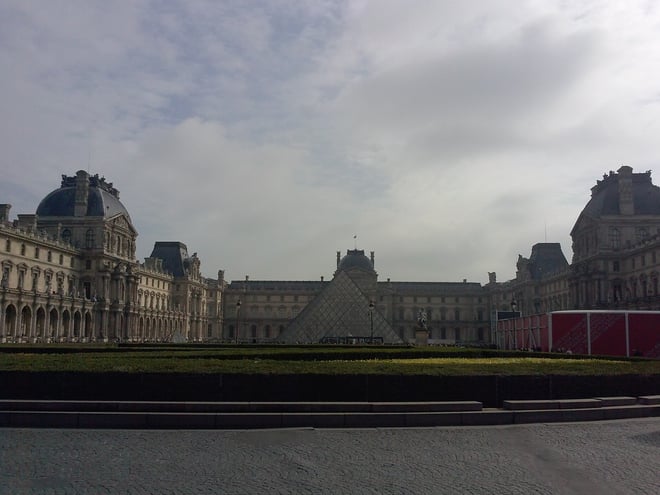 The dark, dismal platforms of the Paris Metro, complete with peeling walls, fading graffiti and unidentifiable puddles, where the London Underground seems like a heavenly daydream.

The crisp, early morning air and the colorful blur of the quickly-passing city from the seat of a red bicycle, the wind whipping through my hair as I crossed over bridges and down side streets and through perfectly-manicured parks and gardens.

The searing in my legs from the steps of the Eiffel Tower and the invigorating panoramic view of Paris from the first and second floors, where the teddy bears and T-shirts in the gift shops are €40-70 and there are coin machines, telescopes and information signs lining the perimeter of the level.

The height of Notre Dame against the steely sky and the remnants of "Je Suis Charlie" signs plastered on the windows of the Hotel de Ville. 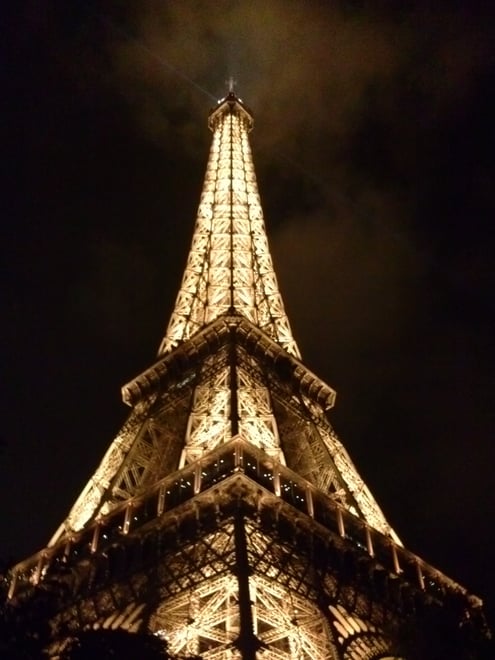 The glittering lights of the Eiffel Tower at night, where groups of people speaking multiple different languages clustered to drink wine and hot chocolate, to dance and wander and stare skywards in the warm glow, turning down roses and souvenirs from the street vendors.

The ornate rooms and intricate gardens of the Palace of Versailles, where music is filtered from the shrubbery and you can see far into the past. 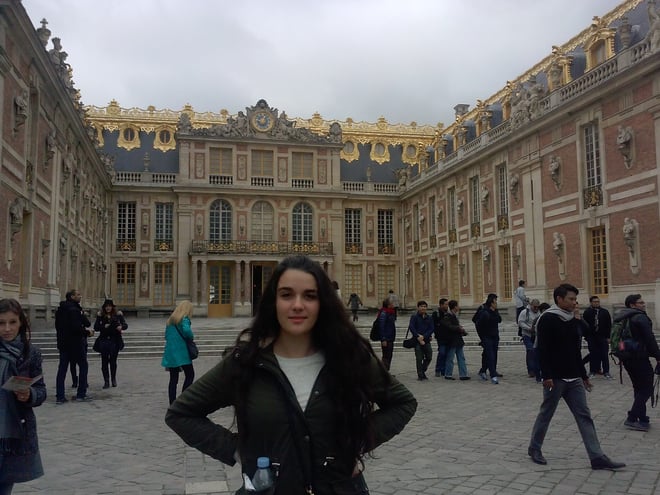 The bustling, colorful streets and shops of Montmartre, where famous artists once worked and cars squeeze through narrow roads swarmed with people and the spreading city from the top of the hill seems to resemble an ocean.

In the future, when I turn back to my short time in Paris, I don't think it will be the exhaustion or the frustration of the journey home that will stand out as marking stones in my life. It will be those little moments in and around the city - the sounds, the smells, the flashes of color - that will remain imprinted in my memory, vivid and fresh, so that I can visit them again whenever I want to go back.