In this week's post, Connor takes advantage of another CAPA excursion and goes on a day trip to Siena and San Gimignano, discovering sights like the medieval baths, trying the world's best gelato, and learning more about the local traditions of these two Tuscan cities.

Ciao! This past week CAPA invited all of its students here on a day trip to Siena and San Gimignano. Transportation was already paid for and we were even provided with tour guides. It was a no-brainer to go. 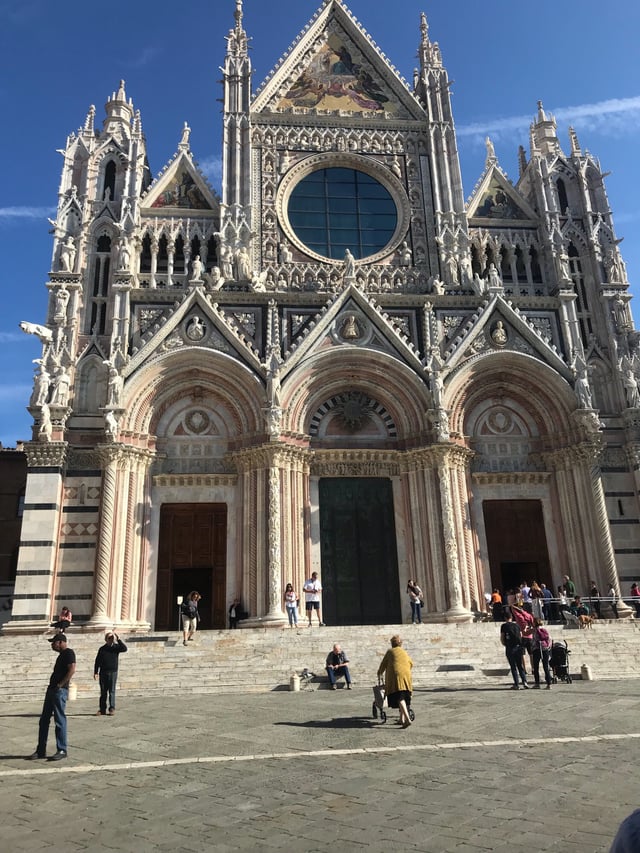 Outside the Duomo of Siena

The trip started by meeting at the train station at 8:15 AM. We then got on a tram that took us to a bus, and from there we were headed to Siena. It only took roughly an hour and a half to get to Siena, and Valentina (the CAPA student affairs assistant) told us historic facts about our surroundings along the way. We then arrived in Siena and met our tour guide. Our tour guide showed us around Siena while telling us stories of the city. There were a lot of interesting sights to see around the city. The tour guide took us into the Siena Duomo, where we saw art from Michelangelo, Bernini, and more. She also showed us St. Catherine’s severed head, which is her actual head that is still in St. Dominic Basilica church. My favorite part however was seeing the places in the city that they filmed the James Bond 007 movie. It was exciting to be able to see the exact locations where they shot scenes from one of my favorite films. 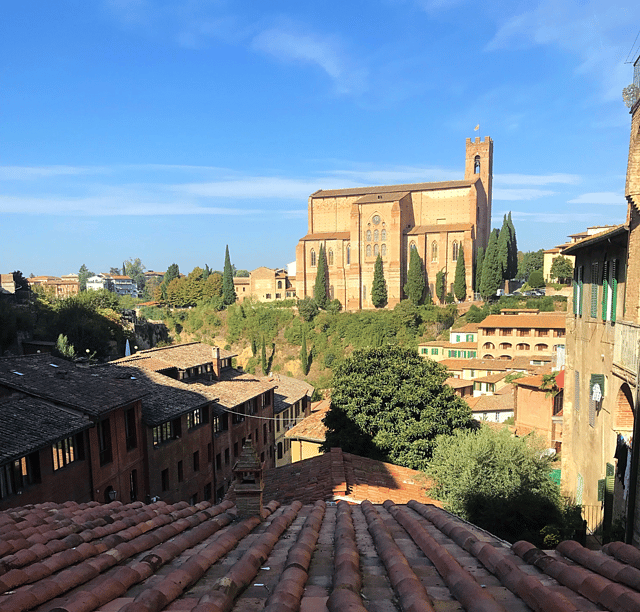 View overlooking the city of Siena!

The tour guide told us about some local traditions around Siena as well. She described the annual horse race in the main piazza. Each neighborhood in Siena gets entered into a lottery, where 10 of the 17 neighborhoods get drawn to enter the race. From there, the cities get drawn a horse and then get to pick a jockey to represent them. The horse race happens twice a year and draws crowds from all over Siena. The neighborhood who wins the horse race then has bragging rights until the next race. 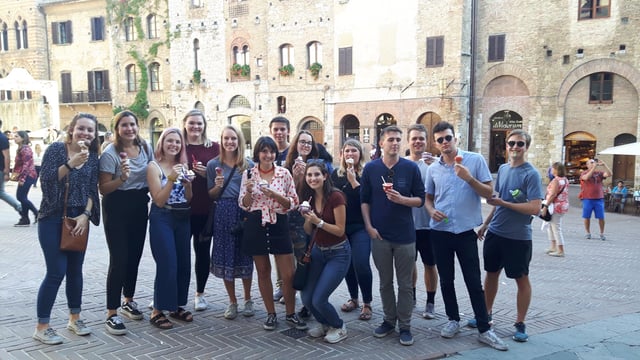 My friends and I enjoying our world famous Gelato

From Siena, we then got back on the bus to go to San Gimignano. This is a little city just 30 minutes away from Siena and about an hour away from Florence. The city was extremely hilly but offered some of the best views in Italy. We climbed a tower that overlooked fields spreading around the entire city. We then got Gelato at Gelateria Dondoli. This place is one of Italy’s famous Gelato shops and has won “World’s Best Gelato” twice. I got strawberry and chocolate flavored and it did not disappoint. Finally, we walked down a long and winding hill to see the medieval baths. These were large baths built with stones where people in the town would go to bathe.

Checking out the medieval baths with other CAPA students!

We then got back on the bus to go back to Florence around 5:30 PM. It was a tiring day touring and walking through 2 different cities but one of my favorite days I have had since coming to Italy. Both Siena and San Gimignano offered exciting sites and interesting history. It was also nice to go on a trip and not having to go through the hassle of booking everything yourself. I hope I get to visit both places again someday! 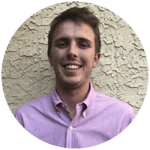 Connor McGlone is an official CAPA blogger for fall 2018, sharing his story in weekly posts on CAPA World. A Marketing and Supply Chain Management major at  University of Pittsburgh, he is studying abroad in Florence this semester.