A Guide to the Food Culture of Buenos Aires

In Sky's latest blog, she shares an inside look at the food scene in Buenos Aires, as well as the culture around food. Read more and find out what it's like to be a picky eater in Buenos Aires!

Food brings people together, no matter who you are or what background you have, everyone has to eat. I love to eat and was very excited to go to Argentina and see what kinds of food they have. However, I was also a little apprehensive because I am a picky eater. For example, I do not like seafood of any kind, I only like a handful of vegetables (terrible for my health, I know), and I generally prefer white meat over red meat. The latter made me the most nervous because Argentina is famous for its steak.

As it turns out, there was surprisingly little seafood. For being a city right on the water, I was expecting to be surrounded by fish markets and seafood restaurants. Instead, there were a lot of Italian restaurants, fancy steakhouses, and casual cafés. Despite being a picky eater, I almost always found something on the menu that I liked. Most often I would get take away food from a café because it was much faster. While in Argentina I learned that people there tend to take a long time at meals and two hour lunches were not uncommon. I did not have that luxury of time during the week when I was rushing to grab a bite to eat between classes. Conveniently, there were two cafés and a small grocery store right outside the university. 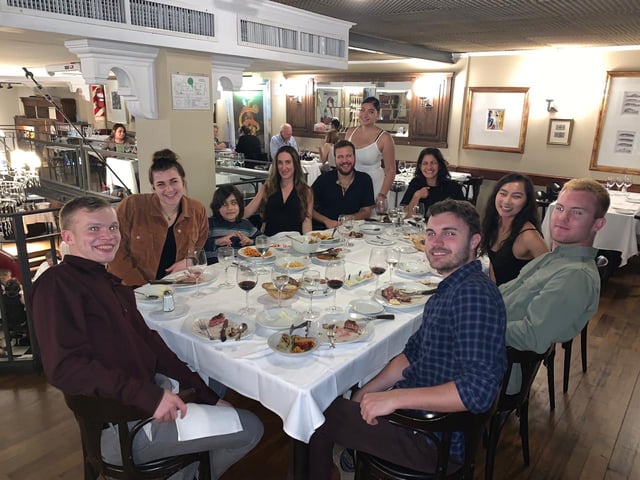 There are a few foods that are considered very typical for Argentina. For example, empanadas are a staple quick and easy snack that have a variety of fillings. They have a breaded exterior shaped like a dumpling and some can have chicken, ham and cheese, meat (most likely beef), or veggie fillings. Medialunas are also very common, especially for a breakfast snack. They are essentially a croissant with a glaze on top. Mate is a type of caffeinated herbal tea that is very common. It is contained in a special gourd cup and sipped through a straw that filters out the herbs. Traditionally, people pass around the gourd and take turns drinking. Also, be warned that Argentinians do not eat spicy food, so if that is something that you like, it may be a good idea to bring some of your own. 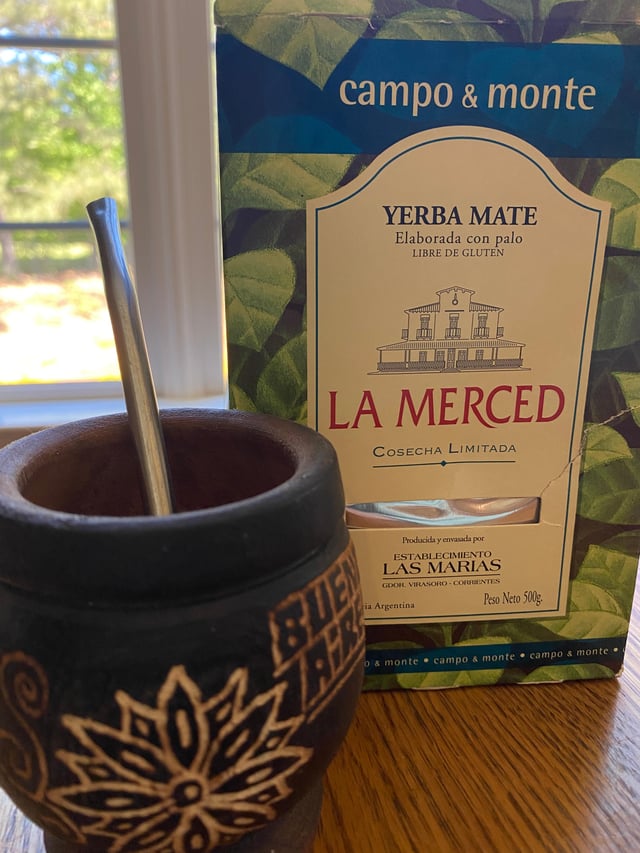 One of my favorite surprises was that practically on every corner there was a different shop with ice creams, sorbets, or gelatos. Almost every day while I was there (around February and March) the temperature was in the 70s or 80s and getting gelato was a great way to cool off. The reason for the heavy presence of these shops is likely due to the heavy Italian influence on the city. This may also explain the number of Italian restaurants and the tradition of eating gnocchi (potato-y pasta, highly recommend) on the last Sunday of the month.

The beautiful thing about living in a city as big as Buenos Aires is that no matter what you can find almost anything you want. You are free to be a picky eater like me or a lover of all foods of all types of cuisines. For instance, there are multiple Mexican places, a ton of Asian food in Chinatown, and a couple of pizzerias. There are some types of food that are more common than others, but if you look hard enough it will almost surely be there somewhere. 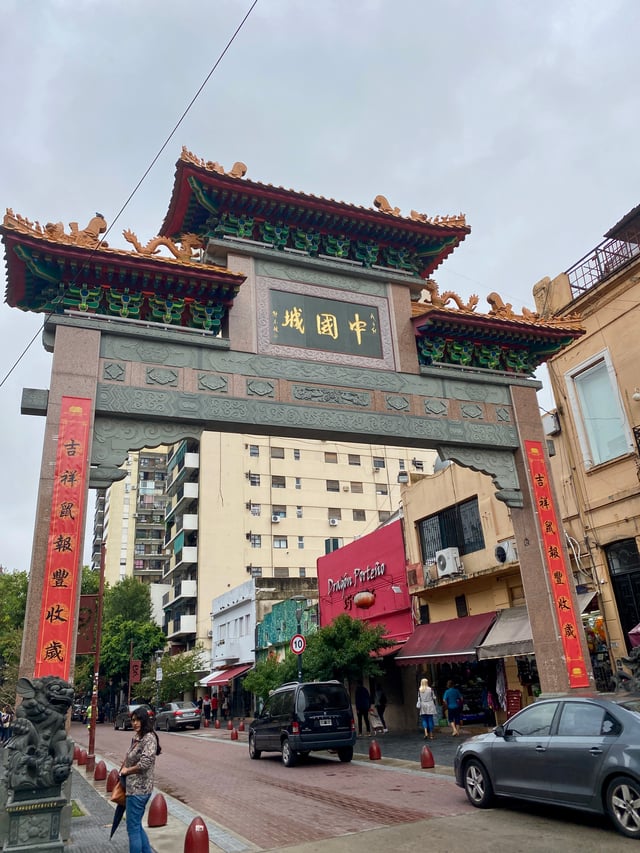 Sky Dedrick is an official CAPA blogger for spring 2020, sharing her story in frequent posts on CAPA World. An Operations and Information Management and Spanish major at the University of Massachusetts Amherst, she is studying abroad in Buenos Aires this semester.