A Miniguide to the Griffith College Neighborhood

In this week's post, Nathan gives us his advice on the best things to do in the Griffith College neighborhood- from food, to entertainment, and more!

Something that, as strange as it sounds, never crossed my mind when I planned to study abroad was the fact that I’d be studying at a real college in a real neighborhood. I learned all I could about Dublin, and about CAPA, but only took a passing glance at what the college I’d be studying at and where in the city it is. Lucky for me, I ended up in Portobello, one of the best Dublin neighborhoods to live in. What makes it so great? Despite being residential, Portobello is in the heart of Dublin, a short walk away from some of the best sights, food and shopping in the city. Like any new neighborhood, though, it takes some getting used to. 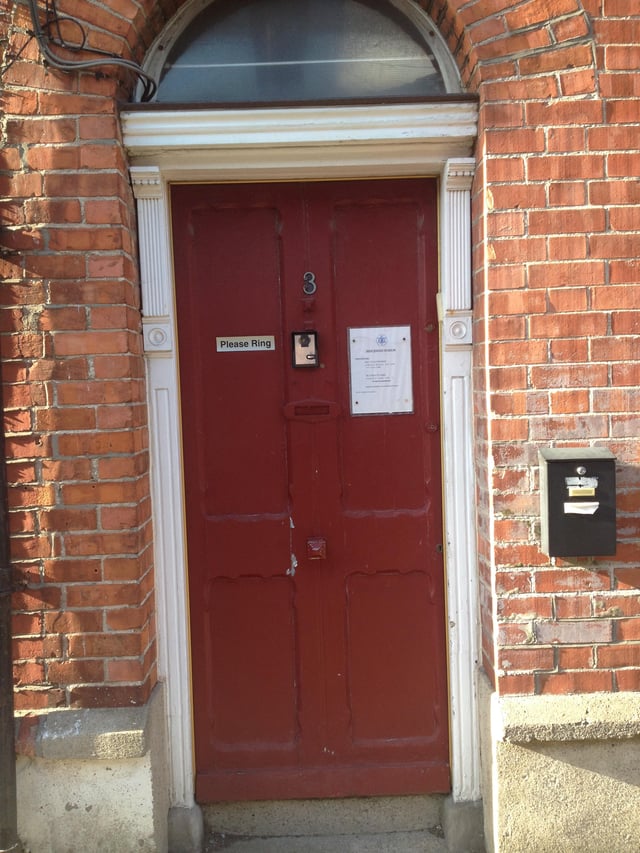 The first challenge of any new area is learning where to go and how to get there. Luckily, Portobello has not shortage of options for making your way around the city. If you study abroad with CAPA, they’ll pick you up at the airport and bring you straight to Griffith. But once you’re settled in and ready to venture back out into the city, there’s no shortage of ways to get around Dublin. 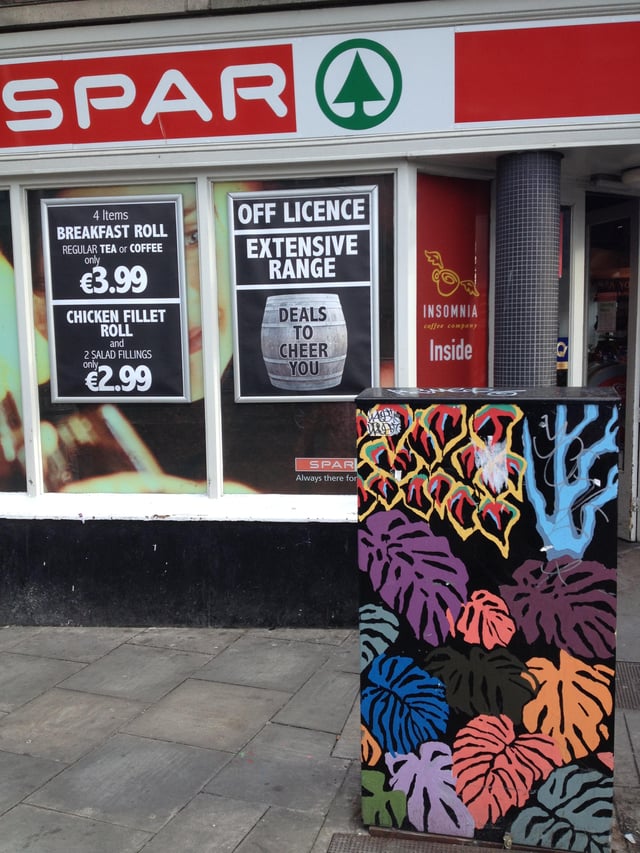 The fastest and easiest way to get to distant parts of the city is the Dublin bus system. Right outside the main gates, the 122 bus route will take you down Camden Street, where most of the college goes for food and entertainment, and then a little further down into the city center.

If you're internship, apartment or wherever you’re heading is just out of walking distance though, and you're not thrilled about spending that commute sitting on a bus, Dublin Bikes have you covered. Dublin Bikes is a cheap subscription service with easy pickup bike stations all across the city that allow you quickly rent bikes without worrying about returning them to the same spot. The nearest is less than a 5 minute walk away along the Grand Canal. However, you’ll have to learn to brave the crazy Dublin traffic if you plan on venturing off of the bike trails and into the rest of the city.

I’ll admit: two weeks from the end of the semester, and I’ve never set foot on the Luas, Dublin’s inner-city tram system. While I’ve heard it’s faster than the bus, the far fewer number of stations make it less convenient. However, if you’re interested in exploring the Dublin coast, the DART train is the perfect way to get there. Just take the 16 bus from Griffith to Trinity College, and Pearse station is just 5 minutes away on foot, with trains several times an hour for around $7 round trip.

Finally, even with all the other options for getting around the city, I still find myself walking most of all. Dublin is an incredibly walkable city, with every major sight, attraction and neighborhood within easy range of Griffith College. 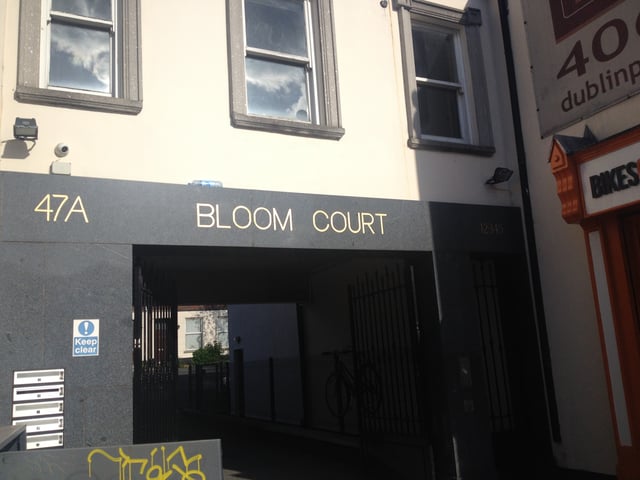 Once you’ve made it to your new neighborhood, and know how to get around, the next necessity is finding something to eat.

Unless you’re from a major city, brace yourself for the most ambiguously ethnic fast food you’ve ever seen on one street. Restaurants like Pizza Max, Chicken Hut, Favourite Kebab, and Chop Chop offer weird but often delicious blends of Asian Italian, and Middle Eastern food for great prices. If you’re not that brave, though, there’re plenty of smaller

Just a short way from Griffith college is Camden street, which I like to think of as the food hub of Dublin. While it’s only a 20 minute walk, and you can catch a bus if your timing’s right, many of the restaurants also deliver. For the best Asian food and kebabs in Dublin, try Neon and Zaytoon. Or, if you’ve never experienced the joy of having fresh, hot Fish & Chips delivered to your door, brace yourself for a meal from Beshoff Bros.

While all of these restaurants, except the tiniest of takeouts, have seating areas, there are also several spots within walking distance to enjoy a more leisurely meal or cup of coffee. Straight across the road from Griffith College is Noshington, a casual cafe offering not-so-casual soups, sandwiches, seafood and other fare. Another CAPA program favorite is The Headline, 2 minutes down the street with delicious French, Irish and American food in a pub-like atmosphere. Keep walking straight ahead, or take a left towards the city center, though, and you’ll find more great restaurant options then you’ll be able to choose between. 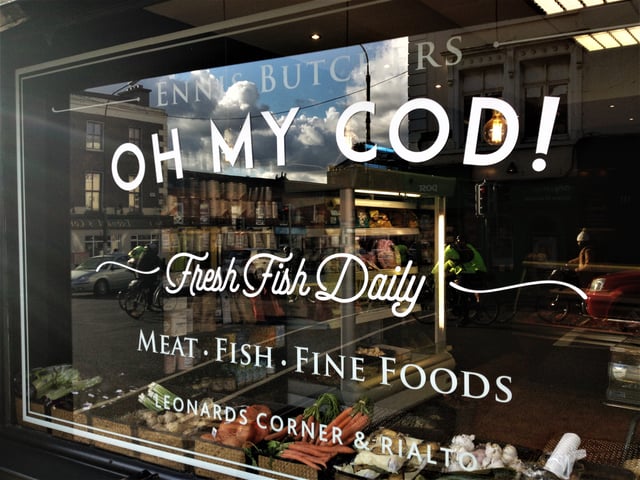 Groceries: There’s no shortage of places to pick up snacks or groceries near Griffith college. In fact, step through the turnstile and there’s a convenience store right across the street called Spar. However, you’ll find yourself paying dearly for that convenience. Unless you’re in a rush, make the short walk down the street to Tesco, or for big shops you’ll find an Aldi not far away with a huge variety of inexpensive food.

While I haven’t had to buy many clothes in Dublin, that doesn’t mean there’s a shortage of options. Dunnes, essentially a nicer Walmart, has locations scattered throughout the city with a wide variety of clothing in addition to food and general household supplies. There are also a variety of thrift stores, known as “Charity stores” like the Irish Cancer society a short walk or bus ride across the Grand Canal in the suburb of Rathfarnum. For more typical clothing stores, though, you can make your way to Grafton and King Streets where you’ll find H&M, TK, M&S, and all the other typical big clothing chains.

For stamps and mailing supplies, the post office is 2 minutes outside the Griffith gates on Leonard’s corner, and impossible to miss on the way into the city center. Likewise, while most Irish supermarkets carry toiletries, the best place to buy these in Dublin are pharmacies, which you’ll find two of on the same corner as the post office. There are also three computer/phone/general technology stores, ranging from budget to high-end that offer a variety of supplies and repairs. 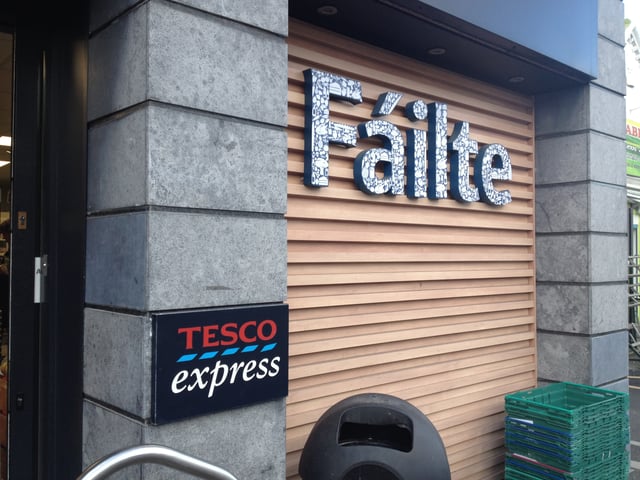 So you’ve made it to your home for the semester, figured out your way around and taken care of all the necessities. What do you do after those long days of orientation, classes, and internship?

Music in Ireland is inescapable. Even if you never attend a concert or enter a venue, you’re bound to walk past countless musicians playing in parks and street corners. In fact, if you live on campus you’ll hear bands playing in the stadium next door every Sunday night. The Leonard’s Corner Pub and restaurant has frequent guest musicians, but for a better variety in a more intimate setting, head to Peader Brown’s on the way to St. Patrick’s Cathedral.

Your first week in Ireland, you’ll be inundated with tours and guides offering to show you around the city and its sights. However, if you prefer finding things for yourself, consider leading yourself on a tour of the local neighborhood. Ireland is famous for its murals and street art, and Portobello has plenty of inspired pieces. If it's early in the semester, and you’re still learning your way around, this is also a great way to learn new landmarks. 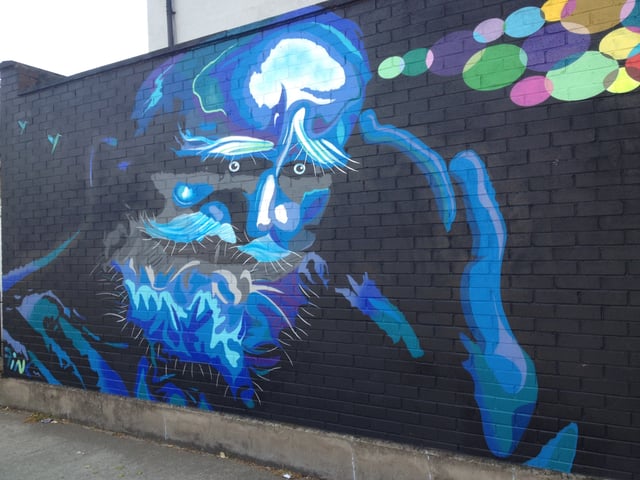 St. Patrick’s Cathedral is the landmark that relied on to find my way home the first several weeks in the semester, and the one you’ll notice everyone using to refer to where exactly in the city Griffith College is. The medieval building is well worth stopping to explore and take pictures of, and while the beautiful park outside is always crowded in nice whether, it’s my favorite spot to sit and read on warm afternoons.

I mentioned that Portobello is a very international neighborhood, but a few decades ago it was the heart of Jewish culture in Dublin. A lot of that culture is still present through local institutions like the Irish Jewish museum. While this is worth visiting on its merit, it's also of special interest to literature who'll find themselves walking through streets with names like Bloom’s Court, Bloomfield Ave, and might even notice a plaque identifying the birthplace of Leopold Bloom. If you’re fan of James Joyce, this name should ring a bell as the fictional hero of his novel Ulysses. While the book takes place throughout the entire city, Portobello is the best place to get a taste of the culture that inspired its main character. After a walk around the neighborhood and a visit to the museum, follow it up with a hilarious performance of Strolling Through Ulysses, a one man performance of Joyce’s book, or a trip to the James Joyce tower in the beautiful village of Sandycove. 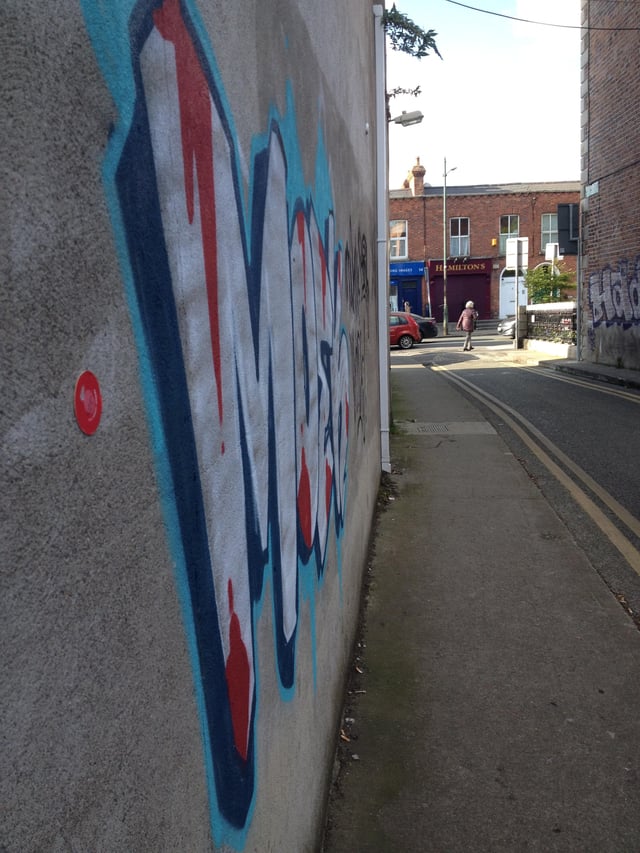 I appreciated all the useful tips, guides and instructions for getting used to my new neighbourhood, finding my way around the city, and learning to survive on my own in the city of Dublin when I first came to Griffith. My favorite part of living in Portobello, though, was being able to simply walk out into the city and seeing what I’d find, learning my way as the semester went along. Once you’ve settled in and gotten comfortable, set the guides and lists aside for a day, and take the time to find your favorite food, stores, entertainment and hangouts around the Griffith neighborhood