A New Environment Full of Promise

In this week's post, Brandon lands in Dublin and gets acquainted with his new neighborhood.

After a 5-hour flight from Providence, Rhode Island, long enough to eat one very mediocre, in-flight vegetarian meal and fruitlessly attempt to fall asleep amid heavy turbulence, I finally landed in Dublin International Airport. I will be honest: my first impression of Ireland was not overwhelmingly positive. Although it was 8:00 in the morning, the sun had yet to come up (a fact that is apparently normal), and the weather outside could be best described as cold, windy, and drizzly. 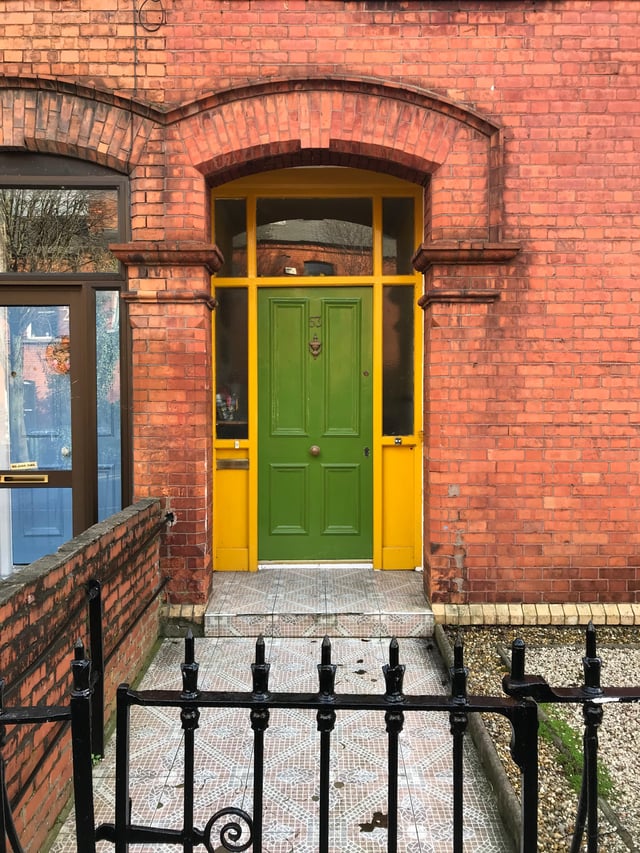 A lot of the doors are painted in cool colors like this on South Circular Road.

Pushing aside encroaching jetlag, I followed my group as we were bundled into an awaiting Griffith taxi. Almost immediately, our driver single-handedly reversed my post-flight irritability. This was my first experience with an Irish local, and I must say, I was amazed by his excitement and willingness to take me on a whirlwind, verbal tour of central Dublin's greatest landmarks. Without prompting, he launched into a description of how beneath a certain church one could find the skeleton of the first Viking king of Dublin, and how proud he was that such-and-such football pitch had breed young players that went on to participate in English football clubs. The rest of my day was spent astounded by the near congruent friendliness of the Irish people. Strangers on the side of the road nod and smile, a restaurant cashier offered me free water with my meal when he saw I did not have any. I was even asked out of the blue by one of Griffith College's security guards if I wanted to play on his Gaelic football team. Despite saying I had no idea as to what Gaelic football was or involved, he said to think about it. 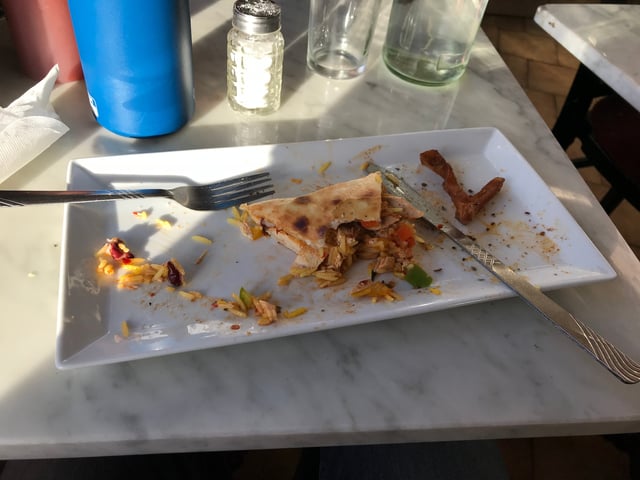 I was extremely hungry and demolished this chicken shawarma before thinking to take a picture.

After being checked-in by the CAPA staff, who were visibly sympathetic to our sleep-deprived states, I spent an hour settling into my room and unpacking. Afterwards, I went on a long walk with my roommate about the neighboring area with no real destination in mind. The walking and slight wind woke me up and energized the rest of my day. We went down South Circular Road, passing Indian, sushi, Pakistani, halal-serving, and Italian restaurants. The stereotype of Ireland being a land of cabbage, potatoes, and meat is utterly false. Dublin is a global city and has so many different cultures to offer. For example, I ate chicken shawarma at a halal-food corner café for lunch and ended my night at a friendly pub with friends on Camden Street eating a veggie sandwich and side salad (which was only 4.95 euros). 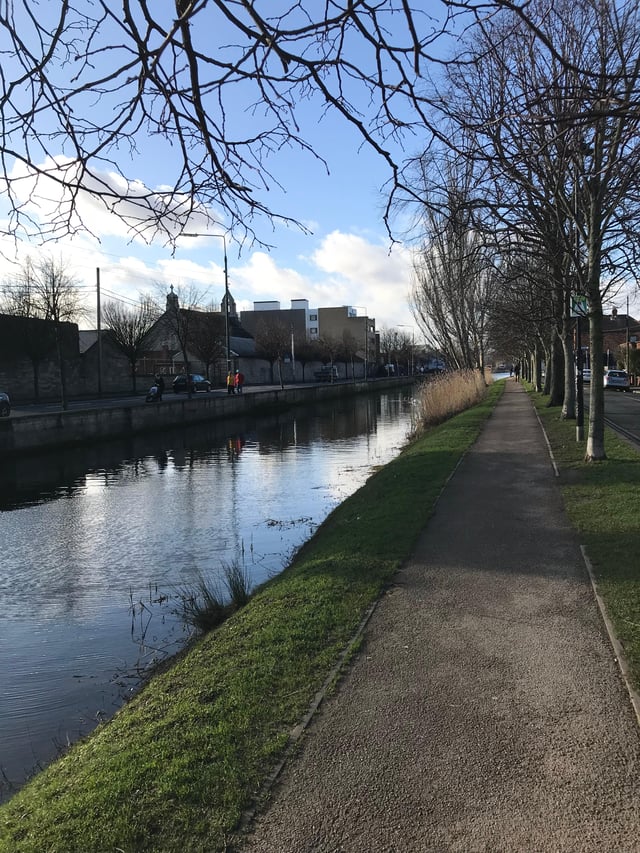 The canal that is around 10 minutes away from Griffith College.

I was surprised by three things my first day. Firstly, that there is an unusually large number of palm trees in Dublin. Popping up in gardens and in public places, these tropical trees appear to be wildly out of place in the Northern Hemisphere. Although they are not the towering coconut palms one see's in places like Florida, I was still taken aback by their appearance. Secondly, I was surprised by how low of a city Dublin is. Most buildings are only two stories. I only saw a few buildings that went above three stories. It creates the impression that the city is sprawling rather than lifting up from the ground like most urban areas. Thirdly, I was stunned by how many swans there were in the canal. The canal itself is only a 5- to 10-minute walk away from Griffith College, and has a winding dirt path next to it that makes for a peaceful walk. However, the entire canal is packed with swans. There were dozens bobbing about in the water. I have never seen so many swans in my entire life. 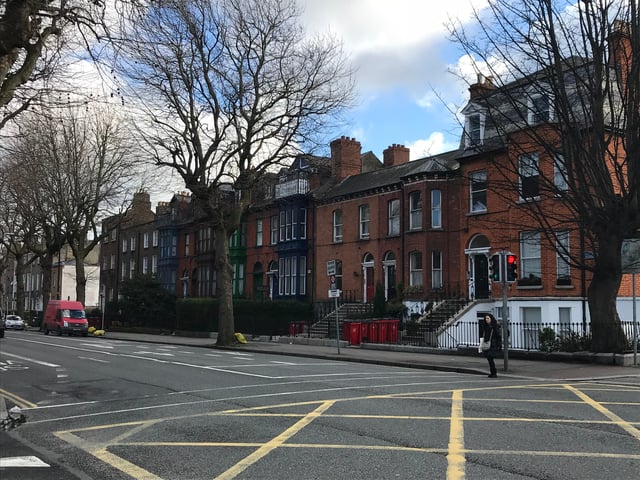 You can see the history and age of Dublin here at South Circular Road.

After an extremely long day of walking and exploring, my friends and I returned to Griffith happy to have found the Tesco Express grocery store that was a quick 5-minute walk off campus. A quick side note: grocery stores in Ireland are nothing like supermarkets in the U.S. Most are small corner stores that the average American would consider to be glorified convenience stores with a greater selection of food. Do not expect to find enormous supermarkets, expect to find small, charming shops.

I will leave you with the revelation I had speaking to some of my newfound friends at dinner: we all feel a little nervous at first. It is normal. It is just what happens when you are supplanted into a new environment away from your traditional support network. But it fades away quickly to be replaced by excitement and the realization that this new environment holds so much promise.