A Parent Interview: Give Your Children the Ability to Fly 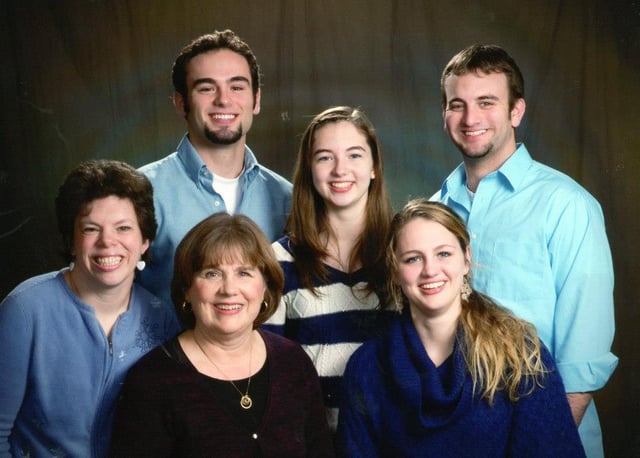 Meet Carita Crain, mother of Abby Crain, an English major from Missouri Baptist University in Troy, Missouri, who studied abroad in Dublin during spring semester 2016. Below, she shares the reasons why she always knew her daughter would end up studying abroad in Dublin specifically, what changes she has seen in Abby since her return, and why she believes all parents should give their children this opportunity.

CAPA WORLD: Tell us a bit about yourself.
CARITA CRAIN: My name is Carita Crain and I live in Troy, Missouri. There are six people who call me Mom and another six who call me Grandma, and I have been a widow for 11 ½  years. My own children are ages 21-36; my grandmonkeys are 3-12. I used to teach special education students in a public school but “retired” from that about 34 years ago. I home schooled my own kids for 24 years, and now I am teaching in our home school Learning Center one day a week. My extra time is spent in reading, studying random topics, cooking, painting ceramics, scrapbooking, and speaking at home school functions. My favorite pastime – besides soaking in a hot bath with a good book – is sitting and watching my adult children interact. I am unashamedly a follower of Jesus Christ, and try to filter everything through the lens of God’s word. 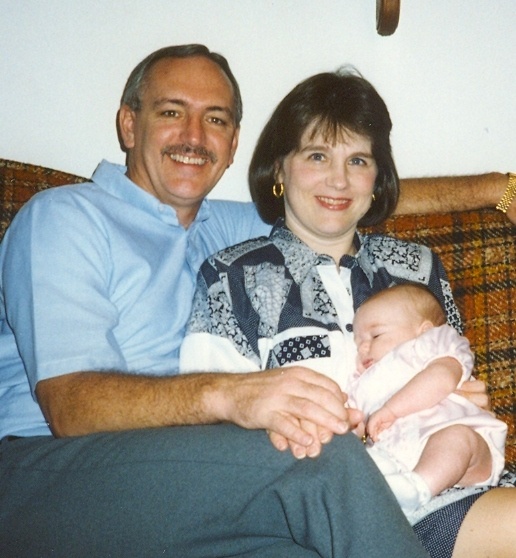 CW: As a parent, what were some of the initial thoughts you had when your daughter Abby first mentioned studying abroad in Dublin?
CC: I was not taken by surprise when she mentioned studying abroad. She had already become interested in Ireland when she was 12-years-old and first heard Celtic Thunder sing. After that, she was almost obsessed with everything Irish. I knew she would somehow make it happen, either through studying abroad or just by going there on her own. When we first heard that Missouri Baptist University was offering this program in Dublin, I knew that would be a huge factor in her decision to attend MBU. So the idea of her doing this came gradually, and as she was growing up, it was just part of who she was. 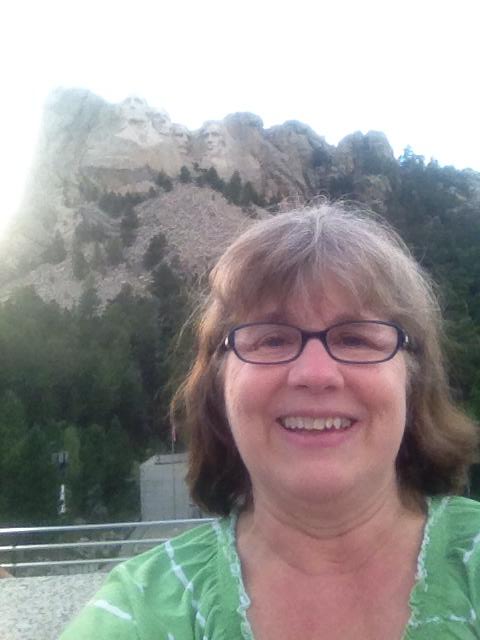 CW: How much has travel abroad been a part of your own life in the past? In what ways do you feel like your own personal experience with travel played a role in how you reacted to Abby's desire to study abroad?
CC: I have not traveled much since becoming an adult. As a child, I went with our family on several lengthy vacations – from Oklahoma to California, to Florida, to Mexico City and more. But my husband was over-cautious about any kind of travel, in the States or not. His family had experienced the loss of five family members in a car wreck many years ago, and this practically paralyzed them from any kind of travel for pleasure. Ironically, it was a car crash that took his own life in 2005, when Abby was not quite 10-years-old. This wreck could have completely frozen any thoughts of travel for my children, but it didn’t. It was actually at his burial site that I realized it was up to me to give my kids their wings and to encourage all of us to overcome any fears related to their dad’s death.

These thoughts, combined with Abby’s overwhelming interest in Ireland, played a huge role in my encouraging her to study abroad. 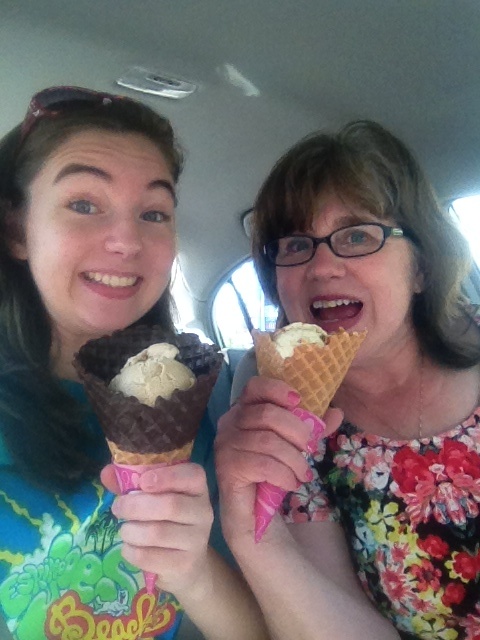 CW: What changes have you noticed in Abby since she left for Dublin and returned home again?
CC: Abby has been bitten by the traveling bug! She is already talking about other places she wants to see. Now that she has experienced the thrills of studying in Dublin, of traveling to other countries in that area, and of being on her own for several months, I don’t think she could ever be the same again. I see it as a growing experience, not a negative thing at all. She is more in tune with what is important to her, she is making more decisions on her own than before, and she seems more at peace with herself.

There is an air about her that tells me that I will never understand what it was like, being in Dublin for four months and then coming back home to reality. I can’t know—I wasn’t there! I can only see it through her eyes and her Facebook statuses and even then I must realize that I can’t understand it. I can only realize that she found something she was missing over there, either in a museum or a cathedral or in the landscape. She didn’t even know she was missing it, but now she found it, and she is a more complete person because of it. 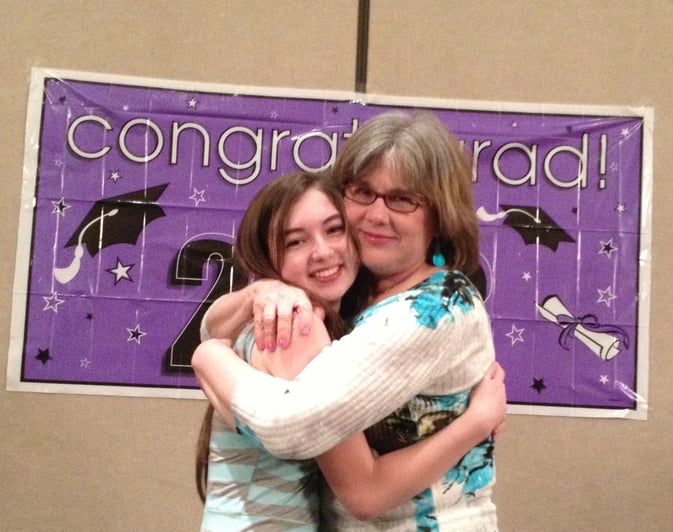 CW: What were some of your biggest concerns when Abby left for Dublin and how did the reality compare?
CC: My main concern was ISIS. I worried about something happening to her with the terrorism in the world. The reality was, that while she was visiting Belgium, there actually was a terrorist in her area. I think she was taken aback by this because as far as I knew, she had not been concerned about terrorism.

I was a little concerned that she would get homesick, but she had already gone to England on two shorter trips, so that wasn’t a viable concern. I thought she might have trouble navigating the bus route and finding places she needed to be. It seemed as though she figured things out quickly, because she didn’t want to get lost any more than I wanted her to. I think I was a little worried that she would run out of money, and the reality is that she did spend every dime she had. But what more important things did she have to spend it on, at this time of her life? Once she got back home she started back with her jobs at school and started saving again. 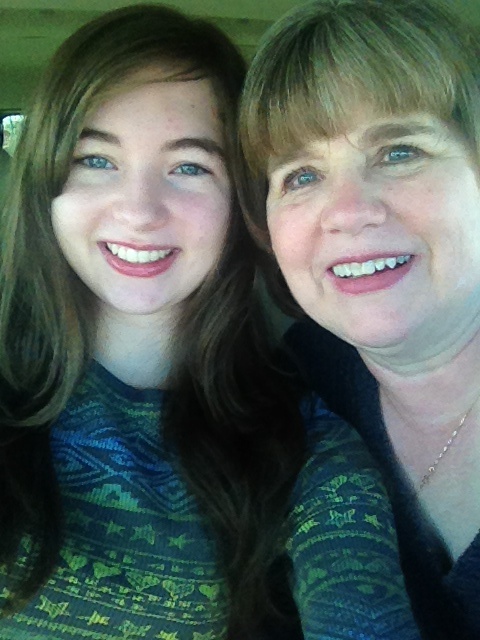 CW: Is there anything you wish you would have known earlier that would have made things easier for you as a parent?
CC: I wish I would have sent her more mail while she was there. I actually bought the stamps but only sent a couple of things. I also wish we would have done a little more research on our family’s genealogy. While Abby was there, my sister, who is our family historian, let us know that we are related to certain prominent people from Irish history. Imagine Abby’s delight when she visited a museum the very next day and saw a monument to this man’s wife! If we would have done the homework sooner, it might have uncovered even more connections. 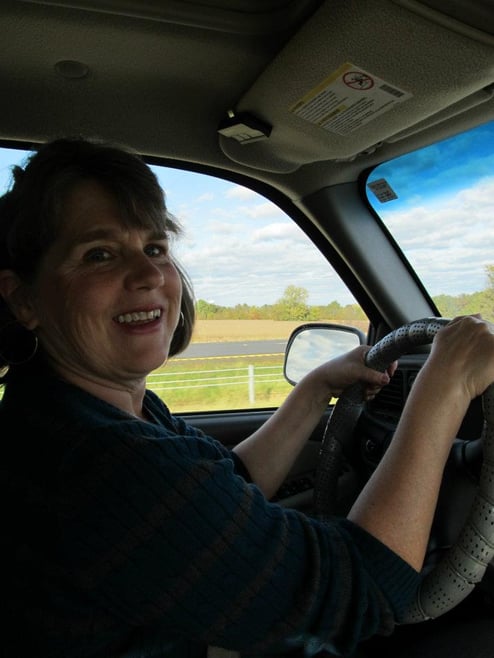 CW: Do you think Abby’s international experience will benefit her professionally in the future? If so, how so?
CC: This probably will look really great on her resume. Besides that, knowing about other cultures and people is beneficial in ways that cannot be measured. Studying in Dublin broadened her horizons. It showed her what a big world we live in, and that people are the same everywhere. It has made her more confident and more complete. This would be beneficial to anyone in any station of life. 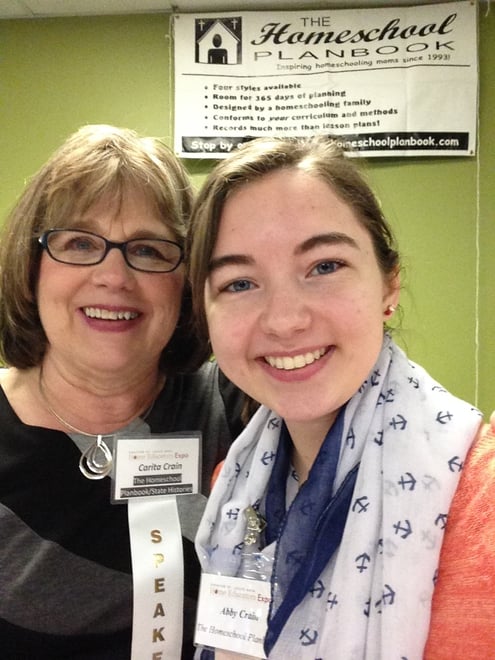 CW: What advice could you offer other parents whose children hope to study abroad during college?
CC: I would tell other parents to give their children their wings, so they can fly wherever they need to go. Support them in any way possible, to become the most complete they can be. Their dreams are not your dreams, so don’t hold them back. From obtaining their passport to lifting off from the airport and then returning home, it’s a growing experience that everyone should have, and study abroad just happens to have a few college credits thrown in. 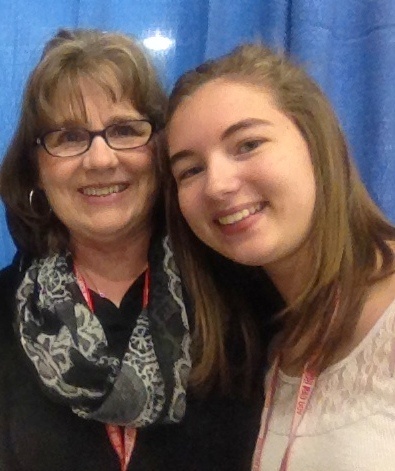 CW: What are you most proud of Abby for accomplishing during her time abroad – either personally, professionally or academically?
CC: I am most proud of Abby for taking care of everything by herself. From applying for a passport to buying a plane ticket, she figured out how to navigate the system. She asked me to be involved with a few things, but she pretty much did it all by herself. 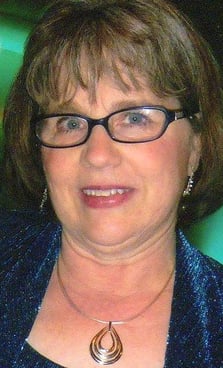 CW: Why is studying abroad important?
CC: I can only tell you what it has done for my daughter. Studying abroad was important to Abby because it allowed her travel abroad while she was still in college, under the umbrella of a group that could oversee her and help her. She earned college credits while also visiting several other countries and experiencing another culture. She expanded her horizons and learned that she can do all this by herself.