A Picture Perfect Night in Florence

Emily Kearns is an official CAPA blogger for spring 2015, sharing her story in weekly posts on CAPA World. A communications and business major at the University of Pittsburgh, she is studying abroad in Florence this semester.

In her post below, Emily shares a magical evening spent with new friends, walking up Piazzale Michelangelo as the sun set.

This past Sunday was a very relaxing day for my roommates and I. It was a beautiful and sunny day, unlike the past few rainy days we’ve had in Florence, so we definitely took advantage of that. After getting brunch and walking around the city for a bit, we all decided we were going to take a stroll up to Piazzale Michelangelo to watch the sunset that night. There were barely any clouds in the sky so we figured the sunset was going to be a good one. Before coming to Florence, I was told that this location was the greatest spot in the city, and I definitely cannot argue with that point now. 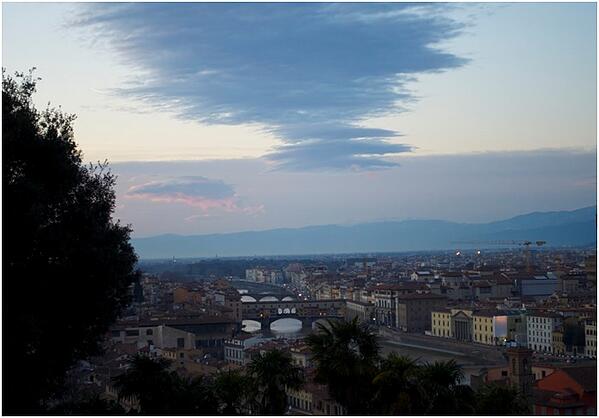 We saw that the sun was supposed to set around 5:30, but we were running late and didn’t end up leaving until about 5:10, which was our mistake. After a long and very fast walk up to the top, our cheeks were as rosy as the sky we then saw. There were a lot more people there than we expected but we walked up, chose our spot on the steps and ensured we had a magnificent view of the city. We made sure to come prepared and brought some snacks and drinks so we could fully enjoy the beautiful view. 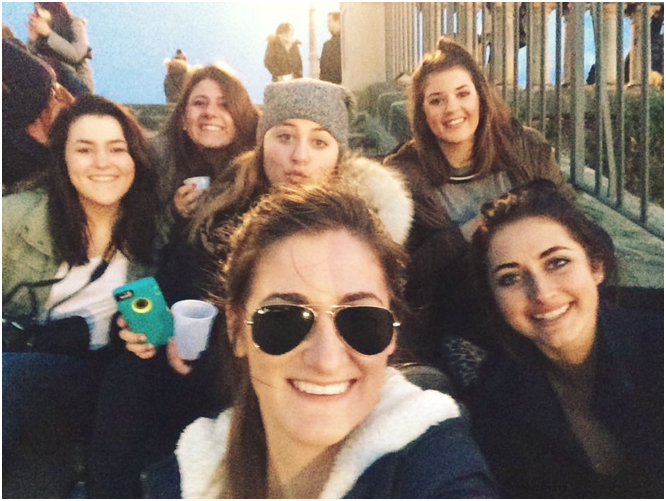 There was a lovely Italian women playing guitar and singing songs including “Somewhere Over the Rainbow” and “What a Wonderful World,” which added to the perfection of the time that we spent up there. It felt surreal, almost like we were in a movie.

This experience really put things into perspective. Though I walk past the Duomo several days a week, it’s hard to see just how grand and beautiful this piece of art is and just how small we really are. Even after viewing it from so far away, I still cannot fully comprehend it and I don’t believe I ever will. 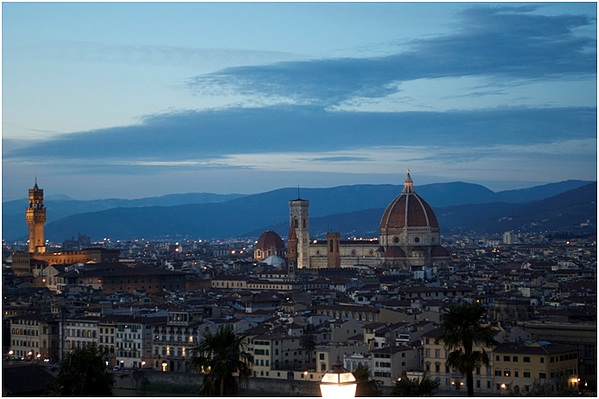 For the amount of time we were there, I finally felt like I belonged in this city. Though there were definitely a lot of study abroad students and Americans there, I still feel as though I was doing something that a local would do and I definitely felt more immersed in this new culture, which was one of my main goals before coming to study abroad.

The combination of being with five people I’ve become so close with over the past three weeks, the music playing and the most amazing view of the city we now call home made all of my worries from the day subside and I felt completely carefree and happy. Though we didn’t make it up there in time to see the sun start to set, we stayed there sitting on the steps talking, laughing and taking in everything around us until the sun set completely and the lights of the city started to shine. Pictures can never do this night justice, but I am sure that I will never, ever forget the view of the sky, buildings, bridges and the mountains surrounding this beautiful city.