A Taste of Diversity in Buenos Aires

In this week's post, Elizabeth shows us some other cultures that help make up Buenos Aires' diverse population.

With mid-terms underway, the weather getting chillier, and a seasonal flu going around, things have been a bit hectic for me lately in Buenos Aires.  Amidst all the hustle and bustle these past few weeks, I was eager for a change of pace.  Buenos Aires is a city of immigrants, where new and old communities of many different cultures are constantly mingling and creating new spaces.  There’s always something new to try or explore or see, and this week I really enjoyed trying new foods and escaping into the tranquility of the Japanese Gardens. 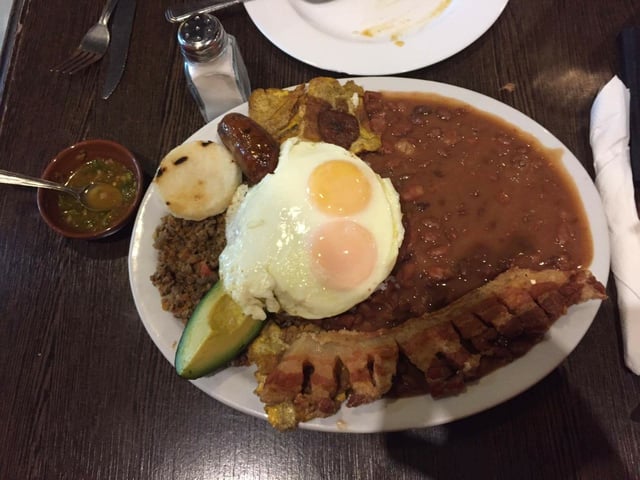 Photo: The Bandeja Paisa-- we cleaned the plate.

About the food first.

With the cold weather coming, I’ve been craving rich, hearty meals.  I found just that at Al Rashwe in Palermo, a Middle Eastern restaurant in Buenos Aires’ trendy Palermo neighborhood.  Buenos Aires is home to a large and diverse Middle Eastern community.  During the 19th century many immigrants from Lebanon and Syria came to Argentina, seeking new opportunities and escape from the Italo-Turkish War.  Buenos Aires also has one of the highest Muslim populations in South America, and the largest (and extremely beautiful) mosque in Latin America-- the Centro Cultural Islamico. 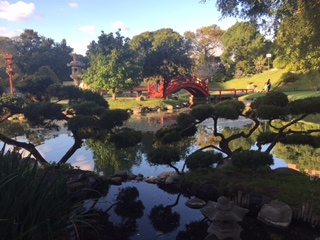 There are many, many Middle Eastern restaurants around the city, often very upscale, with 8-course meals and well-dressed guests shuffling in and out.  (I ogle at the menus and remind myself of my budget.)  Al Rashwe was a cozy, casual lunch spot, where I had delicious falafel and shawarma for a great price. 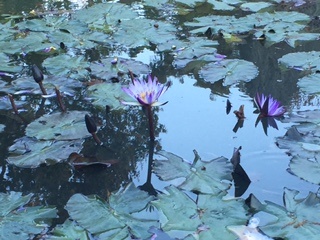 Photo: lotus' blooming in the lake

The food I’ve had in Buenos Aires has been great, but I’ve found myself missing one thing: spice.  I love spicy food, and Argentines tend to go light on the pepper, and season with onion and garlic and herbs (the food is very influenced by traditional Italian cooking).  I’d been searching for real, fire-in-your-mouth, eye-watering cuisine, and I finally found it at Resto Columbia in Recoleta.  In recent years, Buenos Aires has seen a wave of immigration from Colombia, Paraguay, and Brazil, and this restaurant featured a blend of Columbian and Argentine cuisine.  I tried arepas for the first time (a thick, flat patty of maize meal).  They came with a green chili salsa that had a lot of lime and cilantro, and was the hottest food I’ve had in a long time.  For the main course, my friend and I split the Bandeja Paisa, a platter of red beans, pork, white rice, spicy ground beef, fried egg, fried plantain, chorizo, more arepas, and avocado.  It was as enormous as it sounds, and very delicious.

Photo: here are some of the carp we saw

Buenos Aires also has a large Japanese population, and in 1967 the Japanese Argentine Cultural Foundation created the Japanese Gardens in Palermo.  It’s one of the largest Japanese Gardens outside of Japan, and is absolutely stunning.  It was by far the most relaxing, peaceful place I’ve visited in Buenos Aires, and my friends and I strolled aimlessly for a long time, enjoying the Katsura and Japanese Maple trees, and watching the carp that live in the lake.  The carp were massive, and a rainbow of bright oranges and prismatic whites and shiny pinks.  Later, we attended one of the garden’s free origami lessons.  It was mainly for children, and a lot of fun (I made a boat)!  I’ve heard that the garden has the best sushi in Buenos Aires, but I was sticking to my budget that day, and instead snacked on some dorayaki (2 sweet pancakes with a layer of sweet redbean paste in the middle) and manju (a sweet, sticky, pink bun).

More later, and thanks for reading!