A Tour Around Portobello Neighborhood Near Griffith College

In this week's post, Brandon shows us several go-to places in his tour of the Portobello neighborhood near Griffith College in Dublin.

I thought that for this blog post, I would take you on a virtual tour of the Portobello neighborhood around Griffith College, showing you a few of my favorite sites and essentials that you may need while living here. 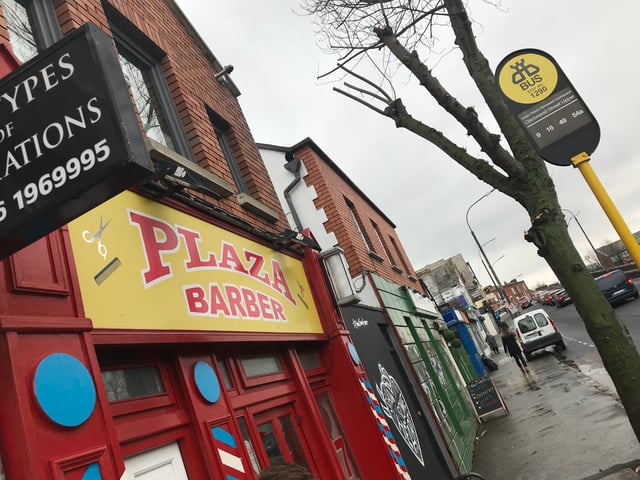 First off, let's take a look at an essential. Above is a picture of the Plaza Barber, which is a small, hole-in-the-wall barbershop run by a very pleasant Middle Eastern man. Just a quick, five-minute walk up the road towards Camden Street, the Plaza Barber rivals, and in my opinion, is better than any barbershop I have been to in the United States. For the low cost of 7 euros, you get extraordinary customer service. I said to cut my hair with a number 4 electric blade (I figured this was easier than attempting to say, "cut my hair half-an-inch"), which he used, but he also used multiple razors to do the sides, around my ears, the back of my neck, and even the top of my head. He also uses a straight razor to trim the top, which I had never experienced, and wet my hair with what I believe was rose water afterwards. Leaving with a very nice haircut, smelling nice, and for less than the price of a meal was amazing. 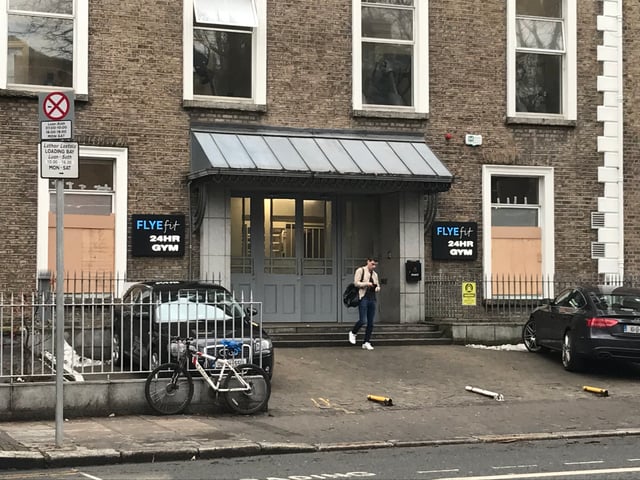 If the Griffith College on-campus gym is not large enough for you, there is Flye Fit Gym an easy 15-minute walk towards Camden Street. Although the initial membership fee may seem a bit steep at 51 euros, after that, each month is only twenty-nine euros. This means that for a little under a euro a day, or (how I like to look at it) for the price of three good meals, I get an amazing gym membership. As you can see from the picture, Flye Fit is three stories with an extensive free weight section, countless strength machines, treadmills, rowing machines, and much more. It is also open 24 hours a day and with your gym membership you get access to a litany of weekly classes such as yoga and spin. I would suggest going to Flye Fit during the day between twelve and three or between nine and eleven at night to miss the rush.

Next there's a multitude of restaurants within easy walking distance of Griffith College. Three Monks is solely a take-out establishment, specializing in Asian street food, which is delicious. Then there is Favorite Chicken, Kebab, Burger, and Pizza, which serves exactly what it lists in the title, along with a side of fries and your choice of beverage with every order. Both of these restaurants are within a five-minute walk of campus, and although you can order delivery, I would suggest just walking to get your order because they are so close and saving two euros is nothing to sneeze at. 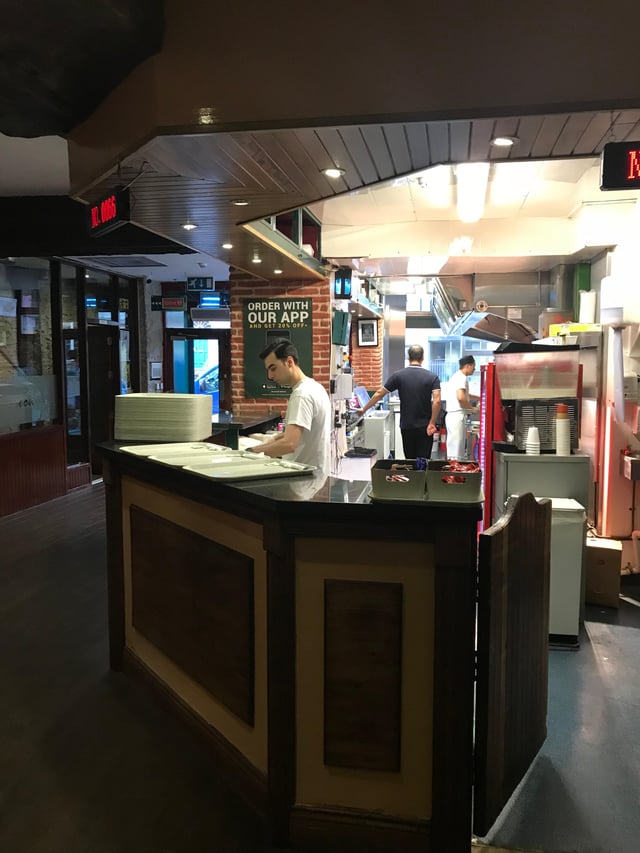 If you are looking for even more variety in terms of restaurants, Camden Street is only a 15-minute walk down the street. It's hard to see in the picture, but the entire street is lined with places to eat, thrift stores, boutique stores, and so much more. I included the two restaurants that I visit the most in this post: Zaytoon and Burrito & Blues. Because I am a college student and therefore on a budget, both are cheap, fast, and tasty. Zaytoon serves Persian or Middle Eastern food; think kebabs and shawarma. You can get a falafel meal for eight euro, which comes with a side of fries, your choice of beverage, six falafels, four different salads, and your choice of garlic sauce or tahini. 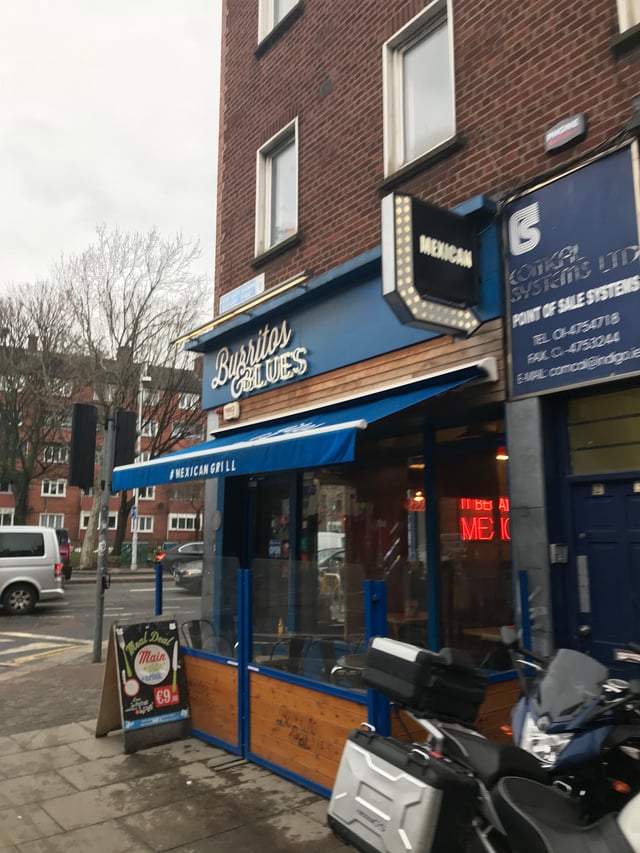 Burrito & Blues is a Mexican restaurant emblematic of Chipotle, but locally-owned, so you know it's going to be good. A burrito with your choice of either house-made barbacoa, carnitas, bean and cheese, steak, veggie, or chicken will run you a measly eight euros! Guacamole is an extra 0.75 cents, and they have a series of hot sauces that range from "mild" to "blow-your-head-off." 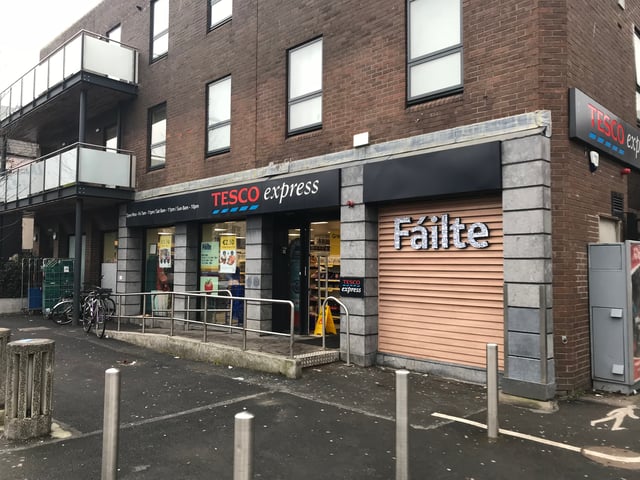 Last, but not least, there's your neighborhood Tesco. About the size of a large convenience store in the United States, it has everything you might need in terms of groceries and is only a five-minute walk up the street. However, if you want a cheaper and more extensive selection, there's always the Lidl or Aldi's in Rathmines, which is about a 25-minute walk.

I hope you enjoyed this virtual tour of the sites around Griffith College! It was great fun showing you some insider tips on getting around and grabbing a deal. I look forward to next week's post!