A Trip to a Soccer Game and a Lesson on Identity

In this week's post, Danielle goes to a soccer game, which causes her to confront her identity as American and Chinese.

Soccer is one of those sports that can be difficult to watch- one of those sports that tends to be more enjoyed while playing. I have played soccer for six years so I enjoy and understand the game. It is not necessarily important to know the ins and outs of the game when going to see it, because physically going to the stadium to watch the game is an experience all in itself. The game is more exciting with everyone around you cheering, chanting, and celebrating. It is more about reacting and feeding off the energy of the crowd: the atmosphere at the game is what makes it hard not to get into the sport. 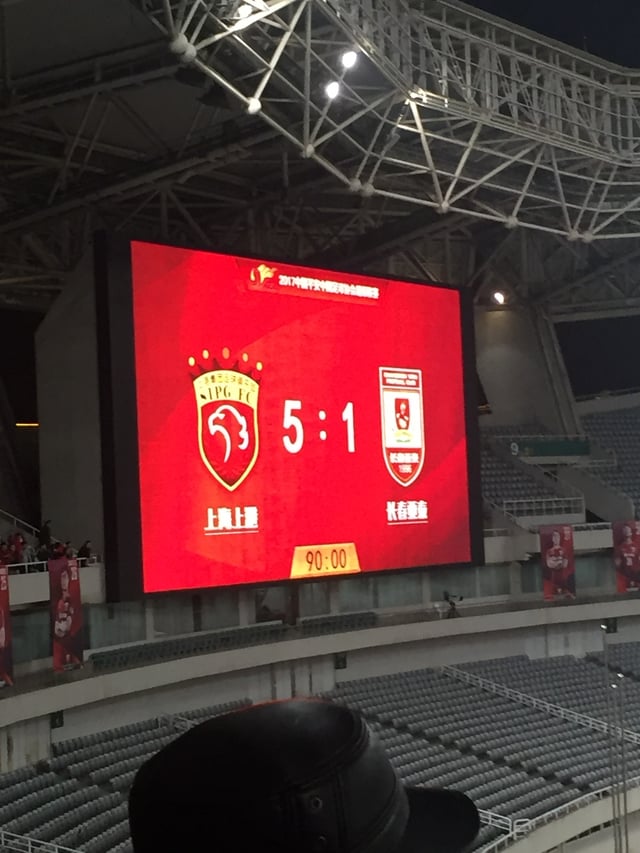 Going into the game I had no idea who was playing [two Chinese soccer teams], which team I was cheering for [Shanghai SIPG], and how good the teams were [they were decent]. Half the fun of going to a foreign sporting event is learning the different chants and figuring out the various behaviors that the crowd does. By the end of the game, I honestly could not figure out any of what was chanted. I can barely make out the words in the States when people yell in English, and since I do not know the language here so there was no chance of understanding the chants. We tried to start our own chants but it never really caught on. It just caused everyone to look at us more. The game overall was exciting and fast-paced where every shot on goal got a reaction from the crowd. Shanghai SIPG ended up winning 5 – 1 to the Changchun Yatai. 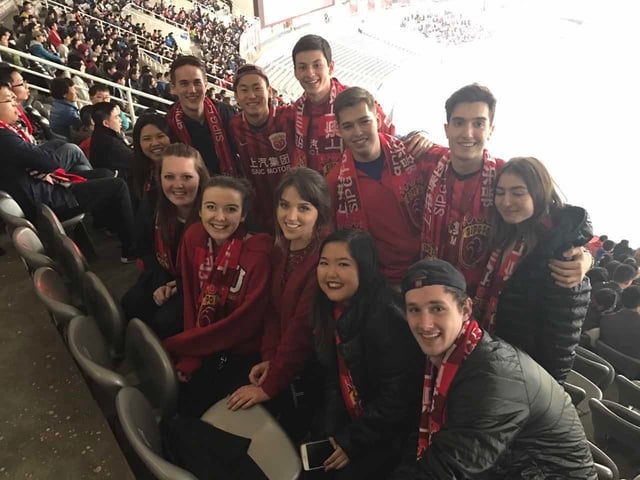 As Americans, speaking English draws a lot of attention to the group. The people here are fascinated with all things American. They constantly take pictures of us or ask to take pictures with us. When taking pictures they do not do so discretely, it is as if you were asking them to take a picture. I get stared at when I speak perfect English. It is a little bit different for me here in China since I look similar to people here, so I am constantly asked where I am from/ what part of China I am from. When I tell them I am from America, I get many confused looks and silence. Once they process it, their exact words are “You look like China, like me”. To this response I always smile and laugh. It blows my mind of how many of the peoplee who approach me do not understand that a person does not need to look “white” to be from America. When I'm in America I tell people I am Chinese but in China I tell people I am American. It is an interesting identity to have since I have never really had to think about it. In the States, the country is a melting pot and there is a common understanding that a person does not have to look a certain way to be an American. In China, the people I have come across do not understand why I look like them but am not from China and do not speak the language.

While being abroad, I have learned a lot of what I consider to be my identity. I have recognized what aspects I possess that match the “American side” and other aspects that matched the “Asian side”. Not only do I have to explore my identity, I need to explore more of Asia.