Academics in Shanghai: From Intensive Chinese Classes to Business Courses

In this week's post, Jolena shares what it's school is really like on her study abroad program in Shanghai and the differences between classes in the U.S. and China.

How has it already been a month since I’ve arrived in China? Time is moving unusually fast, and it’s hard to believe how confused and out of place I felt a month ago. Now I’d say I’m able to live like a local by going through the basic motions of life without fearing that I’m going the wrong way on the subway or ordering a mystery meal while out. 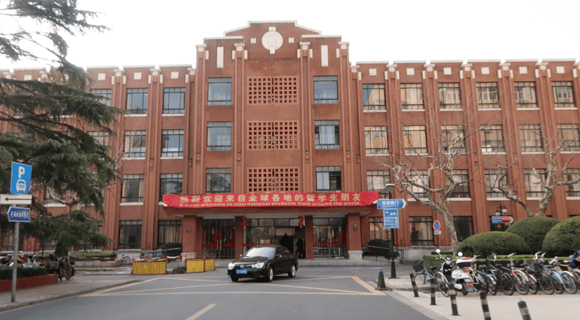 Today I’m going to discuss what school is like here at East China Normal University (ECNU). First off, I’m studying abroad through CAPA, which is pretty much like a third party who connects students from different American universities to ECNU. There are actually a few different companies like CAPA who are affiliated with ECNU, so there are many other Americans also studying here! If you’re not a part of one of these third-party groups, there is the possibility in directly enrolling at ECNU with the Global Chinese Program (GCP). I’ve met a couple of people who chose this option. And then there are students from other countries. There are so many people from Europe and Asia, and I’m not quite sure if they’re simply GCP students or if their home countries have their versions of CAPA; I’d only assume so because there are many who I don’t see in GCP classes. 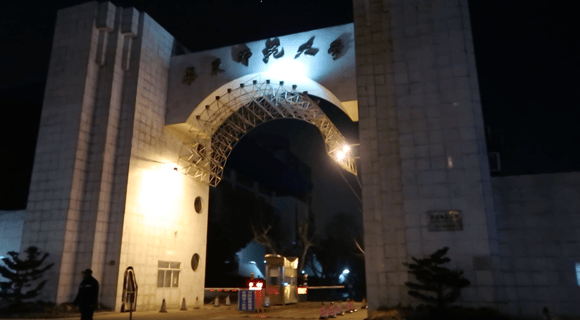 CAPA is the company I’m studying abroad through, but the classes I am enrolled in are GCP. A little confusing because I am also a part of GBI, or Global Business Institute. The GCP program is run by ECNU and GBI is affiliated with the University of Pittsburgh. GBI is exclusive to CAPA students so the only people in those classes are out of the 14 people who are here in Shanghai right now through the CAPA program. Got it? Also, when you are in the GCP program, all classes are pretty much held in the Physics Building which really has nothing to do with physics. This is where the CAPA office is as well which is very convenient!

Now a breakdown of my classes—I am taking Chinese through ECNU’s Intensive Language Program and Chinese Philosophy through the GCP. I am taking International Economics, International Finance, and International Dimensions of Organizational Behavior through Global Business Institute. I’m also taking on an internship which includes an internship class! It sounds like a lot, but the structure of classes here is very different from the U.S. Each class meets once a week for two to three hours. I was nervous about this prior to coming to China because I have a weak attention span, but we usually get a break in the middle of class. At this time the CAPA students are usually allowed to spend time in the office which is nice because there’s always coffee and snacks!

Something I really want to touch on is the difference between taking Chinese in America vs. China. At Pitt I’ve taken three semesters, which allowed me to place into the intensive program here at ECNU. At Pitt, Chinese is five credits and we meet every single day, and twice a day on Mondays and Wednesdays. I’d say it’s pretty intense at Pitt, but it ended up paying off when I got to China. The class that meets every day is recitation which is our speaking class, and the class that meets twice a week is lecture, which is our comprehensive class. Vocabulary is taught to us in English during lecture, and we put the vocabulary to use and only speak Chinese during recitation. I complained a lot about it before, but it actually is the best way for picking up a new language. Now for China—I have Chinese three times a week for two and a half hours. We only speak in Chinese because we are a class of international students, so we don’t all have a common language. This is something I wasn’t expecting and is actually really cool in retrospect. In class we simply run through the vocabulary and then jump right into examples and class activities to put the words into use! I’m taking Chinese simply for the practice because Pitt doesn’t accept these credits, but I’m really glad I did it because I’m learning a lot! 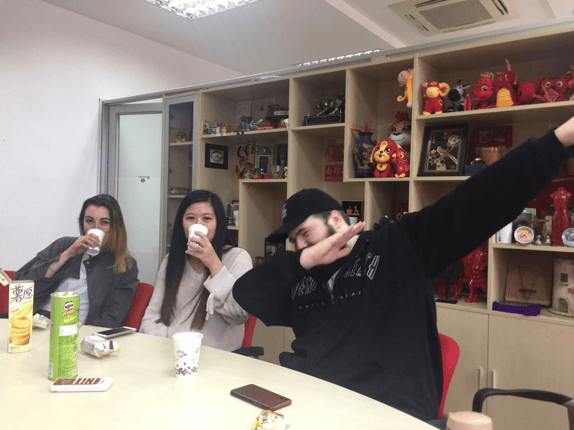 My other classes are pretty self-explanatory. In Chinese philosophy we are currently discussing Confucianism; in economics we are discussing globalization; in finance we are talking about the effects of currency exchange; and in organizational behavior we touch on globalization as well and how companies interact and adapt to being multinational. I believe topic-wise it’s pretty similar to how these classes would run in the States, so I won’t waste time boring you with the details.

Overall, I’m really enjoying school life here in China. The classes are a little long and grueling, but I can’t complain much if they’re only once a week. Something I didn’t talk much about is my internship (which will fill in the gaps during the week) because it’s still being finalized but once that’s done I’ll definitely give more details! Until next time, 再见 (goodbye)！