Adventures Alone: Living for Yourself While Abroad

In this week's post, Colin talks about the appeal of making time to explore Sydney alone and some of his favorite places to go on his own to re-charge.

Friday mornings are my favorite. I wake up early, pour a bowl of Weet-Bix, and watch Today alone as the warm morning sun floods our living room. I leave for my internship alone, weaving through the sidewalks among others bustling off to work as I hum along to my daily selection of tunes. I wait for the bus, discreetly observing passersby from behind my sunnies, relishing at the thought of living in Sydney for another day. I hail the 309 and I’m on my way for the day—alone. 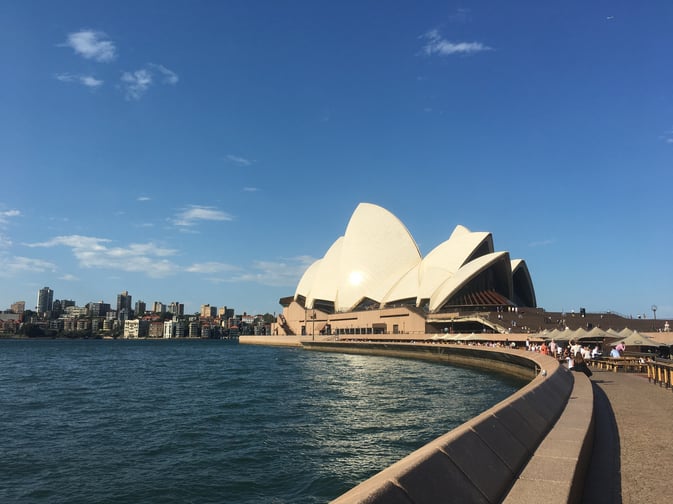 I eagerly anticipated meeting new friends and establishing new connections as I prepared to depart for Australia. With a program of close to 100 students, I looked forward to adventuring down under with heaps of new mates. My expectations were met within the first few days. We trekked throughout the city in groups of five, ten...even twenty on occasion, because we found comfort in numbers. As previously mentioned, navigating the city alone isn’t all that difficult—actually doing things alone initially proved challenging in our new surroundings. 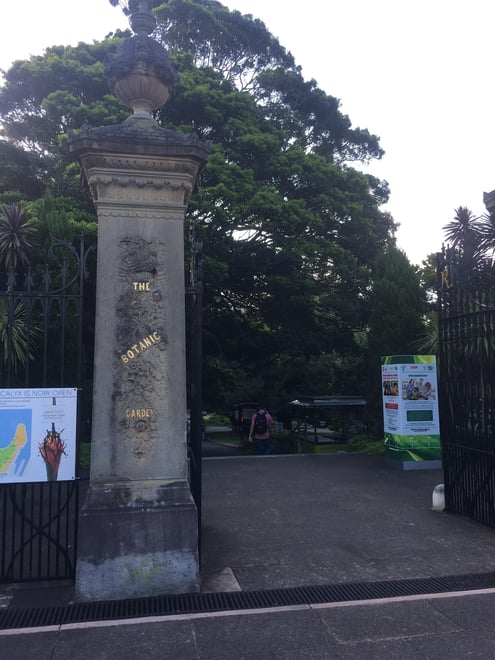 Five weeks later, I’ve grown keen to venturing about neighborhoods and discovering new surroundings on my own. It’s not that I don’t enjoy being with others; in fact, most of my time out has been spent among friends. However, on select afternoons with a bit of free time, I’ve found myself alone on a train, seeking an undiscovered attraction to cross off my lengthy list. I view Sydney in a different light while on my own; I’m more observant and admiring of the environment engulfing me. Likewise, I believe it indicates the comfort I’ve found in this city and the appreciation of increased independence on the other side of the world.

Seizing the moment and living for yourself is important to remember at any point in life, but especially while abroad. There are a limited number of days on this adventure; it’s vital to live each moment to its full potential. Living for you means experiencing the things you value and desire to do. It means taking things at your own pace. It means foregoing things you don’t fancy and focusing on those you do. It’s energizing to experience the freedom of living for yourself; an intrinsically inspiring and a welcome reminder of the unique experience studying abroad truly is.

I’ve compiled a few favorite places I’ve visited on independent expeditions. Some were sought after, others stumbled upon, but all worth visiting for an adventure alone in Oz.

HYDE PARK. Named after London’s famous Hyde Park, this area is perfect for a solo stroll and offers great people-watching opportunities. The ANZAC War Memorial and a reflecting pool lie on the park’s southern end, flanked by massive fig tree lined avenues. The Archibald fountain near the other end rounds out the quiet space right outside the Central Business District (CBD).

MRS. MACQUARIE'S CHAIR. Located on a peninsula extending into Sydney Harbour, this spot offers magnificent views of the Opera House and Harbour Bridge. Named after Governor Macquarie’s wife, Elizabeth, it is said she enjoyed sitting on the sandstone bench, watching ships from Great Britain enter the harbour. Understandably so, as the panoramic views of boats passing by mesmerized me for quite a while as I stopped and admired the area. 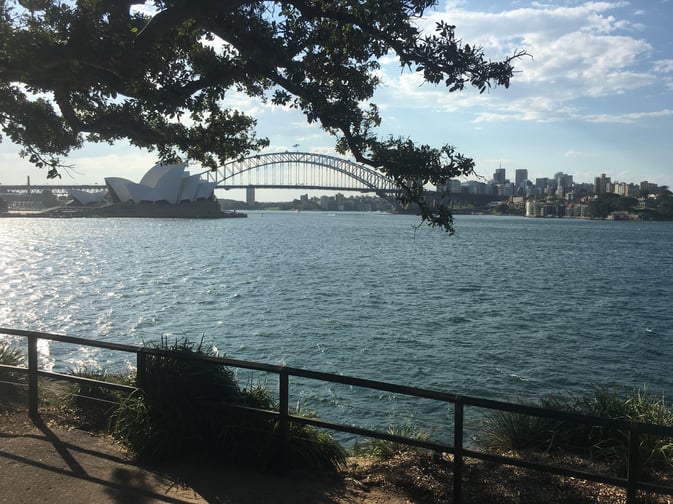 THE WESTFIELD SYDNEY. While not as unique to Sydney as the previous two recommendations, the Westfield is a vast, luxurious mall in the middle of the CBD. I felt a cosmopolitan, New York-esque ambiance as I crossed Market Street and ascending into the rapture of retail. Bustling with businessmen and women, it’s the perfect place to indulge in spectacular storefront displays and appreciate the urban environment.

CIRCULAR QUAY. To me, Circular Quay is the quintessential image everyone imagines when thinking of Sydney, and luckily, it’s only 20 minutes from Urbanest by rail. The Harbour Bridge, the Opera House, the docked cruise ships. The co-mingling of those lucky to call a harbourside apartment home and those just visiting; it’s always alive with activity, and it’s the perfect place to get lost alone among the strangers. 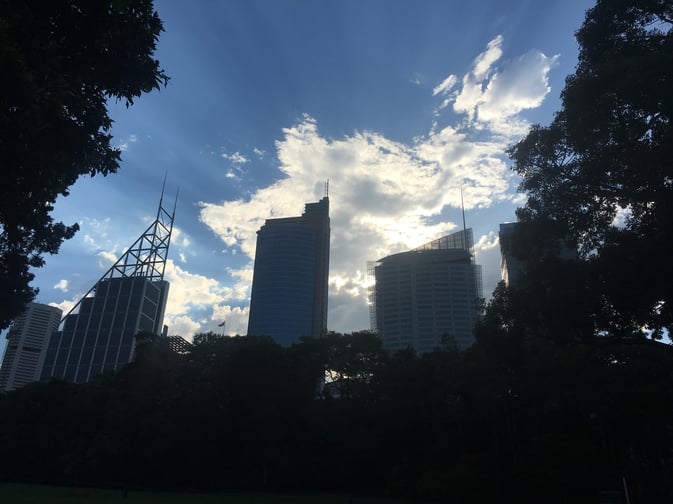 Of course, I’ve shared plenty of adventures with old friends and new acquaintances, but I’ve also enjoyed escaping on my own and seeing Sydney from a different perspective. As outgoing as I can be, l’m not the Energizer Bunny; my batteries need recharging on occasion. Catch me after one of my solo sprees, though.

I just keep going and going...