Advice: Keep Your Eyes Up and Take In Buenos Aires

In her last post, Nora reflects on her time abroad, why she was enthusiastic to document her experience, and how she got to know Buenos Aires better by being in the present—thanks to a broken phone.

The first concrete challenge I encountered happened right as our first week in Buenos Aires was wrapping up. It’s embarrassing to admit, even though I wasn’t alone in this, but my phone broke. It was dropped in the rain and when my host family heard that...they said to put it in rice for a week in case it was the water. I was skeptical and thought that a week was a little excessive, but I really wasn’t in any position to turn down potentially phone-saving advice. So, I spent my second week in this foreign city without my regular trusty iPhone. What’s an American millennial abroad to do? 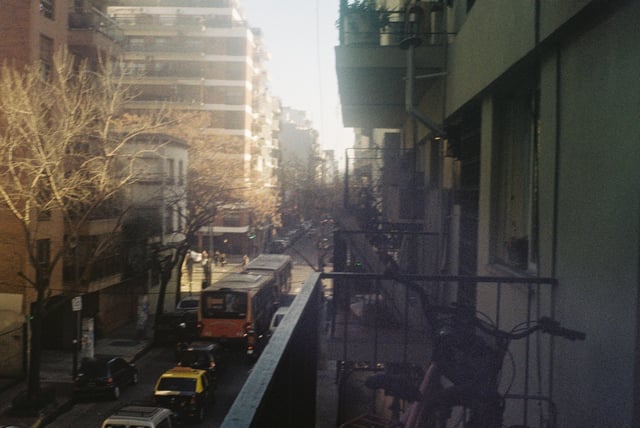 The streets of Buenos Aires on film.

I actually really enjoyed the experience. I planned ahead with friends and ran into different people for some unplanned meetups on a few occasions. I used a, now very-well-loved, paper map of the city to get around and checked the time on whatever clock was in sight, thinking, “If I’ve left and am on my way, I will get there when I get there.” A cell phone will not change that. Side note, though—it did make me think about getting a watch. It also made me more observant. Walking along the street, the route I’d devised for myself and not where Google maps said to go, I’d notice new things, like lines of hundreds of people waiting to catch buses near the Sociedad Rural Argentina. I’d listen to the sounds of the city and look around on my way to class instead of walking with my head down and a podcast in my ears. 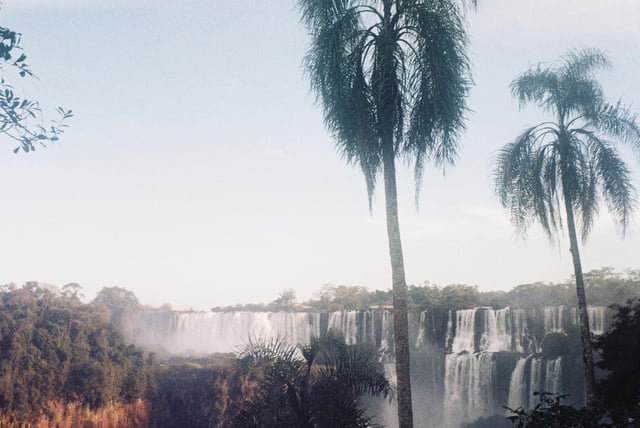 A film photo of Iguazu Falls.

I definitely got to know my way around the city a little better; I felt way more present. I also had more time to think and started to feel less homesick because I was without my phone. I was going on social media and consuming news from home way less. I think I’m still reaching for my phone less often because of that week and it’s been good for me.

After a week my phone still was not working and two tiny “Apple fix” stores told me unequivocally that it was muerte, dead forever...and just not coming back. But the third and tiniest, and most tucked away “Apple fix” place, deep in a galleria, that I was exploring on the advice of a nice women that I met in a grocery store, was able to fix it no problem. They replaced my pre-Apple-scandal-battery for cheaper than they would in the States. The heartbreaker though, is that my phone camera was irreversibly damaged. 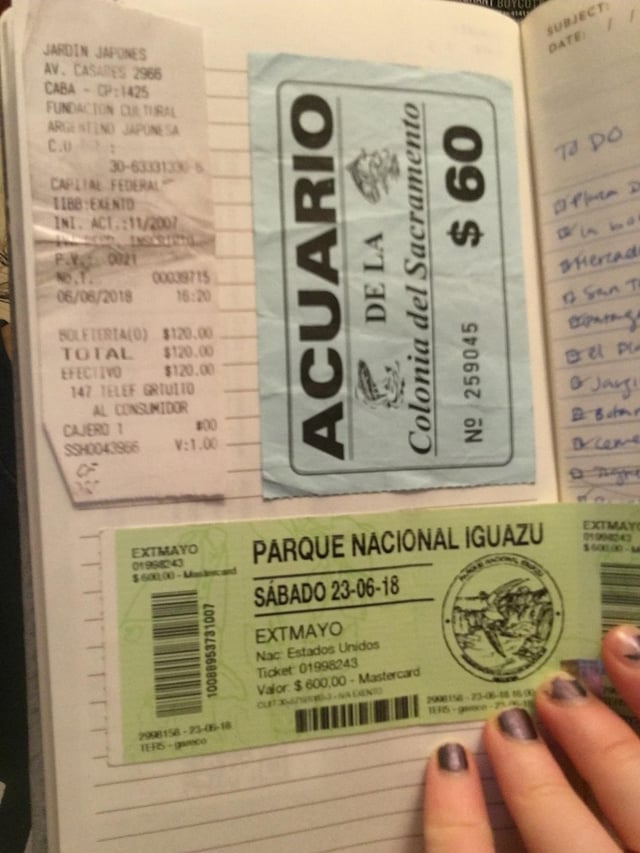 Collecting tickets and brochures for my journal.

So, as far as documenting, here I was with iPhone photos from the first week and pencil and paper journal entries from the second week (also my analog week), if you will, where I pretended to be a student abroad 40 years ago, and for the next couple weeks I had selfie camera photos and lots of collected tickets and brochures and stamped papers and the like from where we visited. I got more serious about collecting these things, and it’s been fun incorporating them into my journal entries, matching them up with my written descriptions and thoughts on different places. 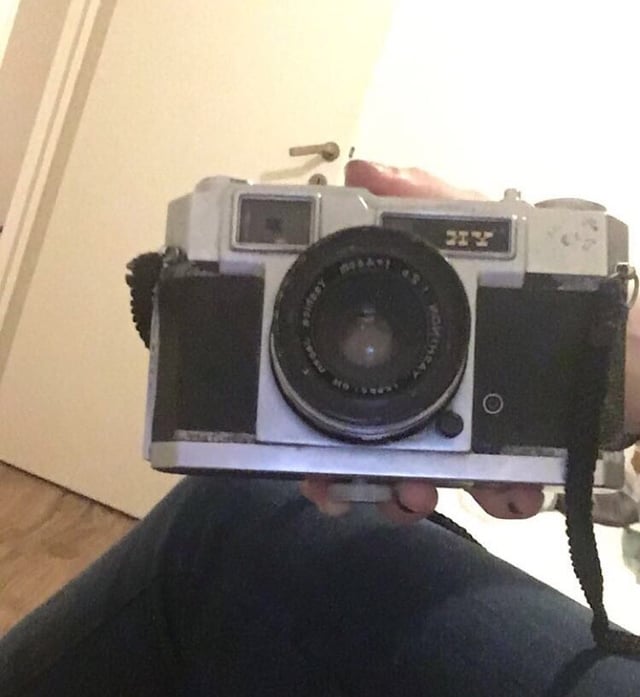 I bought a vintage 35mm camera.

I quickly became wary of the selfie camera photos though, and imagined how other people must think watching me take selfies where I, myself was clearly not in frame. Go ahead...make fun! It’s a pretty hilarious image. Thinking that I didn’t want to just throw $30 away on a basic digital camera that isn’t even as good as a phone camera, and that I would have no use for back in the States, I decided to brave Mercado Libre, South America’s eBay, and bought an authentic, made in the mid-50s film camera. Let me be clear, I took an intro visual journalism class and I like taking photos on my phone if I’m somewhere beautiful, but I am by no means a serious photographer, much less a film photography hobbyist. But here I was abroad, enthusiastic about documenting experiences, and I decided to dive in. I didn’t know what any of the dials did or how to load the film, but it was really fun getting acquainted with this object that was almost a piece of history itself, and in a city so steeped in its history at that. 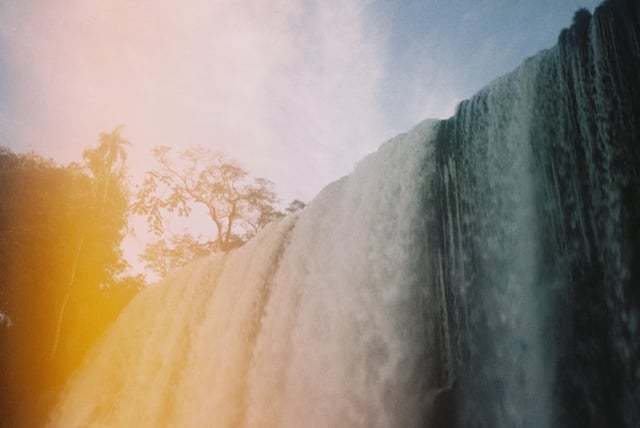 Taking photos with my 35mm camera. This is from Iguazu Falls.

This experience with film was kind of similar to my phoneless time. I was definitely more present, counting how many photos I taken, limiting myself to about 10 a day when visiting gorgeous places and planning each shot. Then looking around and seeing others snapping away, viewing veritable wonders of the world through a digital view finder. Don’t get me wrong, I loved clicking through the robust albums posted by my friends full of breathtaking photos, but I did enjoy the experience of kicking it old school and enjoying the views in the moment. 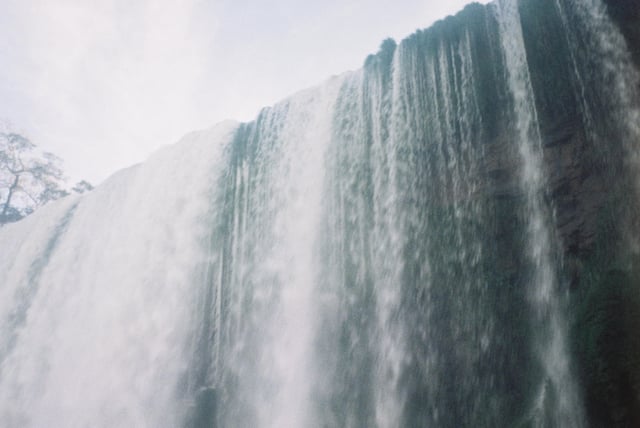 A closeup of the waterfalls.

I received some of the film shots from the photo lab here in Boston, which is sort of the fun of it. The waiting to see what will come of those carefully planned 10 shots or so a day.

To be clear, probably be careful with your phone abroad, but take it from me—take your earbuds out once in a while and look around. Listen to the sounds of the city. Use your paper map more and think about what’s going on around you. Make observations and connections. Take lots of photos but also be mindful. Those views all look better through your own eyes than any viewfinder. 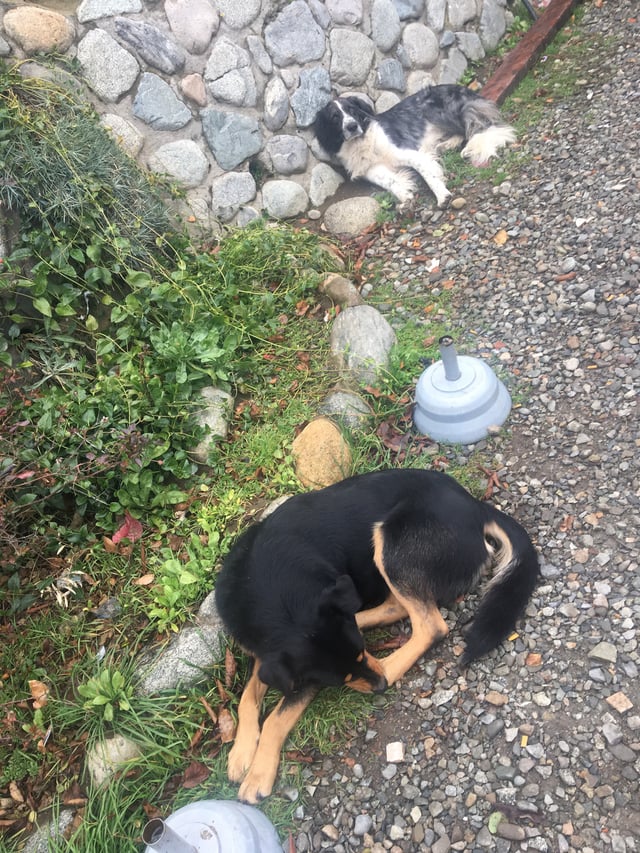 Buenos Aires has a special place in my heart and my memory, especially the second floor Juramento apartment where I stayed with 3 amazing hilarious women and 2 very good puppies. I loved the city and its customs, and the random cool little places you could happen upon there. Even though the people sometimes had that head down, fast-walking, American, East Coast attitude that a lot of us are familiar with, almost everyone I met was friendly. The history and the architecture and places were amazing, but it’s definitely the people who made this experience for me.