Affordable Activities for Students in London: Explore the Museums

With an abundance of things to do in London, Christopher suggests a highly affordable activity for students: visiting museums! In this week's post, he lays out why you should stop by several museums in London (with FREE entry!), what his favorites have been so far, and how CAPA field trips have been enriching for his courses abroad.

During my semester in London, I found that one of my favorite hobbies has been touring the many different museums located here in the city. Growing up, I was always a fan of educating myself through the stimulating visual and sensory learning experience in a museum. Living 30 minutes from New York City by train, I spent much of my childhood inside some form of a museum, and the same can be said for my time spent here in London. Inside the National History Museum in London.

However, unlike New York, one of my favorite aspects of London has been that an overwhelming majority of museums in London have free entry to the public (but suggest a £5 donation). Luckily, museums here annually receive both private and public funding because Brits believe that education in the arts is something that everybody should have the opportunity to experience. With the opportunity to attend basically any museum for free, how could I not try making it to all of them?

So far this semester I have been to over 10 different museums, with 9 of them located here in London. I have been to the Natural History Museum, the Victoria & Albert Museum, the British Museum, Buckingham Palace, the British Maritime Museum, the National Portrait Gallery, the National Science and Industry Museum, the Tate Modern Art Gallery, as well as others. My visits to museums have mostly been during my free time, but there are still a few on that list that were part of a field trip within my course curriculum. Outside one of my favorite museums: the British Museum in London.

Just this past weekend I attended one of my favorite museums: the British Museum. I had the opportunity to witness some truly fascinating pieces of history. Of these included a collection of Egyptian, Greek, and Roman history. The most astonishing thing I saw was the Rosetta Stone. Having the ability to view up close the actual slab that was used to translate and finally crack the code of hieroglyphics was truly a once-in-a-lifetime experience.

That said, my all-time favorite museum experience was during a classroom excursion with my British Pop-Culture class when we toured the National Portrait Gallery as part of the Michael Jackson “On the Wall” exhibit (related to his Off the Wall album. Having the ability to tour and get a first-hand account of the life of the Late King of Pop was very interesting, and I enjoyed my time very much. 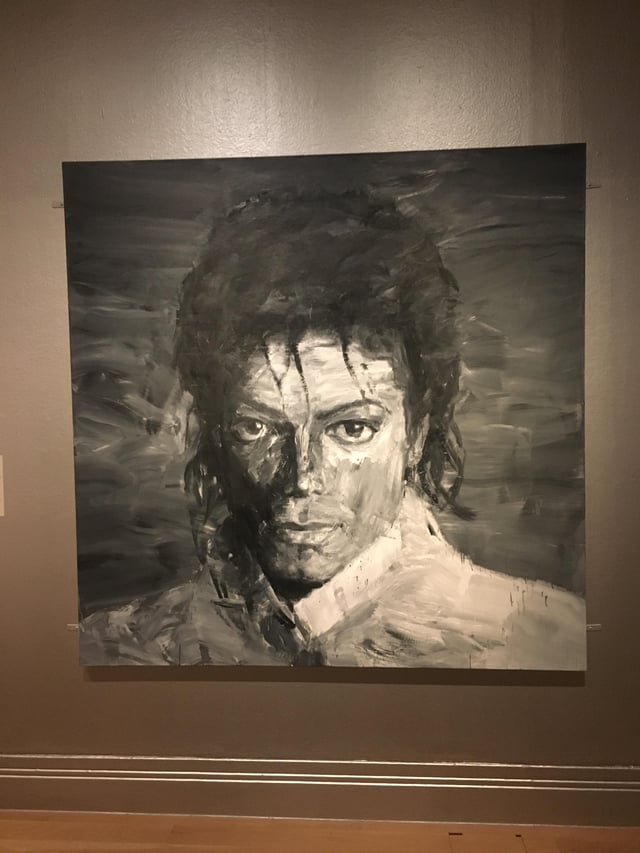 The Michael Jackson "On the Wall" exhibit at the National Portrait Gallery.

In total, 4 of the museums I visited were a part of a CAPA field trip. This aspect of the CAPA program enabled me to experience certain things I never would’ve thought to explore on my own, and they came with the additional insights by a London expert! Overall, I feel that going to museums this semester has been one of the highlights of my entire trip. Being able to explore and expand my mind and learn about so many new ideas has been nothing short of the time of my life. The opportunity to freely choose and explore as many museums as my heart’s desire has allowed me to experience things I never would’ve thought of if I had to pay for tickets.

However, I will say, the one museum I paid for, which was a tour of Buckingham Palace, was truly the most astonishing thing I've ever seen in my life. Virtually everything was covered in gold, and the entire palace was so rich in history and British culture. Unfortunately, photography wasn’t allowed inside the palace, otherwise I would've taken pictures of everything I saw. 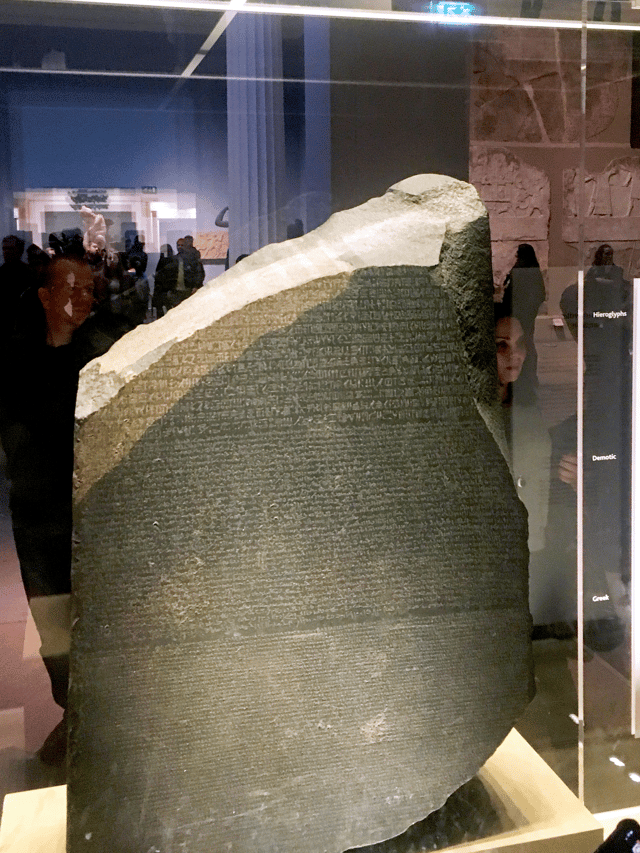 The actual Rosetta Stone slab in the British Museum.

I hope you enjoyed my account of the time I’ve spent touring some of London’s finest museums, and I strongly urge that if you are a future CAPA student that you do the same. It’s important to make the most of your time while you have the opportunity. 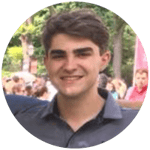