All About My Ganzo! Family Experience in Florence, Italy

After her first week with her Ganzo! host family, Brielle immediately felt at home. She shares some memories of them and how they made her time abroad special. She also talks about the relationships she has formed with them and how they helped her improve her Italian language skills over time.

I don’t think it’s a coincidence at all that as I sat down to write about my Ganzo! host family, I got the following text (emojis not included):

It’s a typical mom text, only this one is from Isabella, the Italian woman who treated me like her own daughter while I studied abroad in Florence. She always sent me home with leftovers. She wrote me good luck texts before exams. She teased when I jumped at the fish head in her refrigerator. She teased more asking if I’d found an Italian boyfriend.

Meeting Isabella and her family was by far my favorite part of Florence. As my Ganzo! host family, they had me over for Wednesday dinners as a means for language and cultural exchange. Before that first Wednesday, I had no idea what we would be doing or saying or even really be able to say in English/Italian. But ever since that first week, their home immediately felt just like my own.

I’d ring the bell and hear the sound of footsteps run to the door. The family’s two little daughters always greeted me with the most Italian “Brielle!” where my name somehow gained an extra syllable. Hugs were given. My basic Italian phrases were exchanged. Then they’d pull me to the living room to see their fish tank or an arts and crafts project or a game of Dominos. The family’s teenage son could be heard upstairs, jamming away at an electric guitar. Isabella would yell to lower the volume. 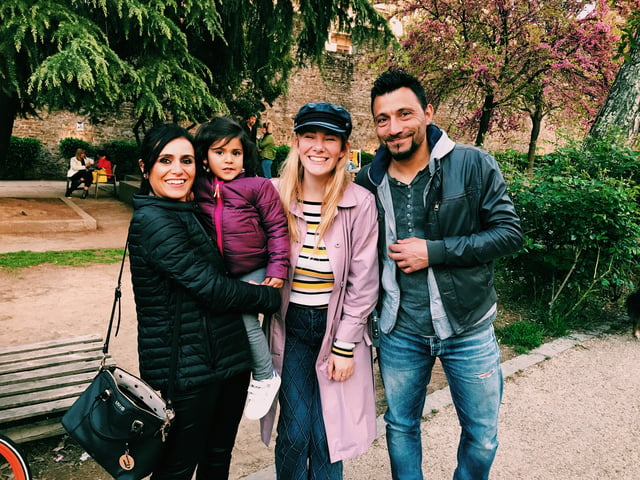 My Ganzo! host family in Florence.

It really just felt like coming home to my own family except this one happened to speak in rolled “R’s” and lots of big hand gestures. Sometimes we’d go out to the neighborhood pizzeria or a relative’s house. The family’s dad would make fun of me for ordering vegetarian pizza: “Brielle, where’s the prosciutto?” He worked in a meat factory so he sent me home with enough salami to feed a small army. 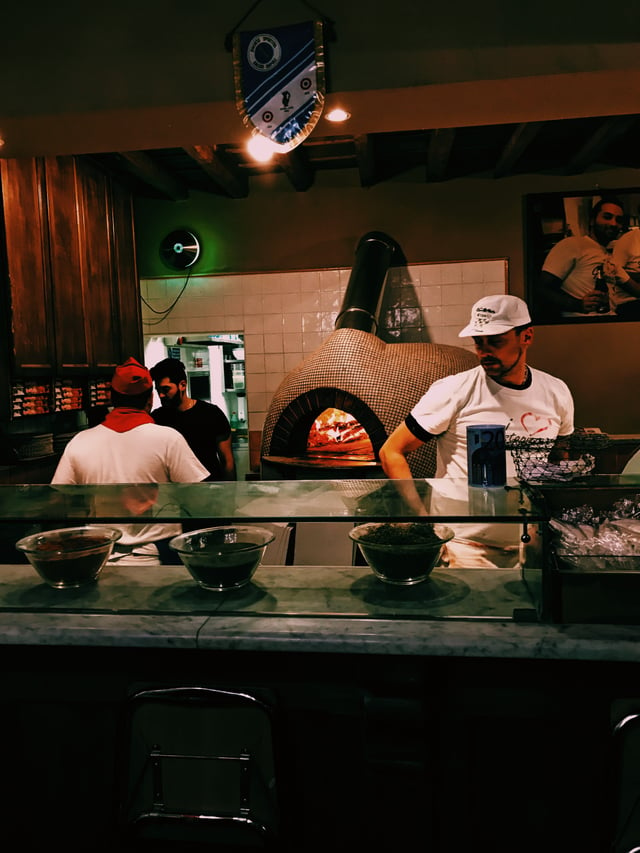 We would sometimes go to a neighborhood pizzeria for dinner.

Other weeks (and these were my favorite) we’d have dinner at their house. Isabella would pull me into the kitchen, hand me an aperitif, and after a cheers we would chat about our weeks. It felt like watching a cooking show as she’d roast vegetables, twirl pasta, walk me through the sauce, and instruct which herbs to pick from the garden. Her husband arrived later and would help get things ready as the kitchen transformed for its nightly dinner show. First came the spaghetti, then the meat, the vegetables, the salad, the dessert, the espresso... 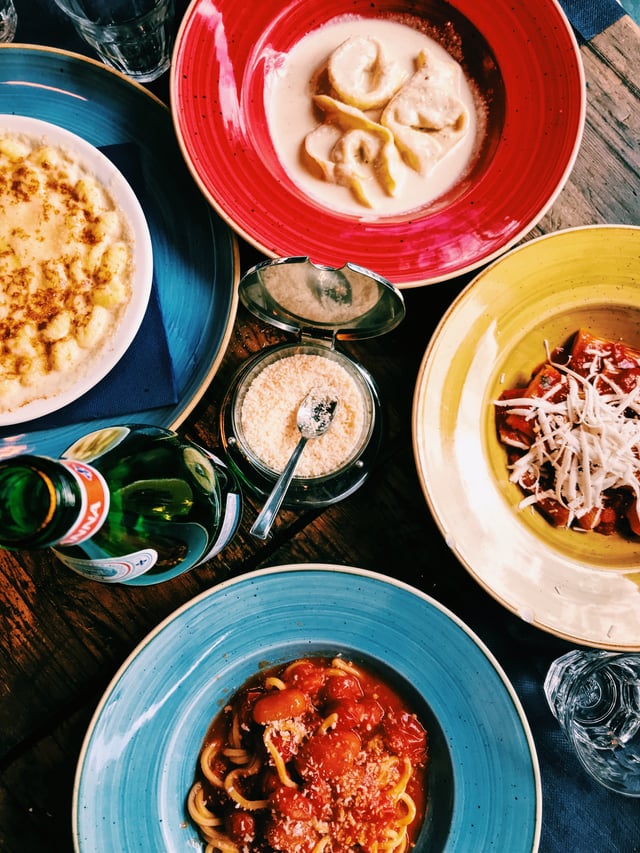 Over dinner they’d talk and parent and ask about school and translate. Sometimes I understood every word. Sometimes their Italian moved so fast I swear it could space travel. We’d clean up and talk some more. The son would play folk songs and the daughters would dance around the room.

Time with my Ganzo! family was time well spent.

It wasn’t anything crazy but it for sure was something special. In the beginning, I had no idea why a family would want to take the time to explain their culture, customs, and language to a silly American girl. But at our last Wednesday dinner, it was quite clear. They just wanted someone to be a part of their home. I’ll forever be grateful that I got to be that silly American.