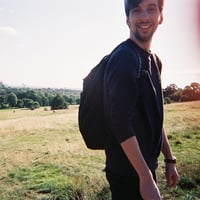 In 1863, William Ewart MP presented the House of Commons with his delightful proposal to mark the buildings in London in which notable figures once lived or worked. His idea was put into action four years later with the inaugural stamping of Lord Byron’s birthplace at Cavendish Square. Happily, this scheme has been carried on by various organisations to this day, and Ewart’s humble blue plaques are polkadotted all over the city.

They appear with dizzying frequency, and remind us that we are walking the same streets as many of the protagonists of history. It also serves to illustrate London’s relevance in the histories of people and places thousands of miles away. This is never truer than in the case of Britain’s former colonies—especially the United States of America. For many decades after independence, London remained the cultural point of reference for Americans. That direction of flow has only since reversed in the last century. 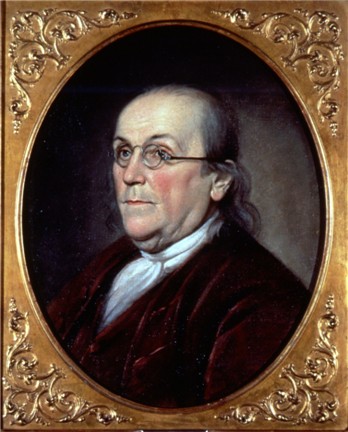 Rather exemplifying this point, one of the first candidates for a blue plaque was American hero, Benjamin Franklin. Though he is remembered as one of the foremost architects of the United States and its enduring ethos, he spent a good deal of his time in London. He went where his work took him, and the business of challenging the British crown brought him regularly across the Atlantic Ocean. But he first came to London under the auspices of his day job.

Despite receiving many honourary degrees later in life, Franklin’s formal education as a child was sparse. He acquired his pragmatic intelligence in the printing houses of Philadelphia, where he poured over every text he could get his hands on. He was young and enthusiastic about his work, which prompted the Governor to send him to London to acquire new equipment. Having recently had his initial proposal to his eventual wife declined by her unconvinced mother, he was happy to oblige.

The trip did not go as planned, but was not altogether useless. The Governor did not have the influence in Britain that he had hoped, and young Franklin was unable to secure any printing equipment on his behalf. Instead, he took up residence just north of St. Paul’s Cathedral, and began work at one of the many printing houses in the area. He remained in London for eighteen months, serving an extended apprenticeship of sorts.

By his own account, he learned a lot about life and printing in this time. He was, however, often penniless on account of his roguish companion, Ralph, with whom he had travelled from America. Ralph owed him money, and convinced him to see more plays and acquire more books than he could reasonably afford. He “lov’d him, notwithstanding, for he had many amiable qualities.” Ralph serves, then, as an apt personification of London, even for its residents today.

Franklin returned to Philadelphia to follow a business proposition, but his career and life was to take a different turn. In fact, his interests from this point were two-pronged—with neither prong involving much printing. He is most well known, of course, for his political ideas, and in particular his defence of the colonies in various matters leading up to revolution. This is what would bring him back to London for long swathes of the next two decades. Notably, he testified at the House of Commons during the proceedings which repealed the Stamp Act.

In many ways, though, Franklin used his trips to London to advance his own cause as a man of the sciences. His enquiries led to significant advances in population studies and understandings about electricity. He was also an inventor. Many of us have him to thank for bifocal glasses, and a niche group of us for glass harmonicas. Many of his contemporaries in these kinds of pursuits were European, and so he used London as a base for academic excursions. He spent a lot of time in Germany where his electronic brother in arms, Otto von Guericke, resided. He also met with David Hume in Scotland, no doubt philosophically sparring in between being granted yet more honourary degrees.

Though Franklin was certainly an American hero, he was also a famous Londoner. His later years in France we shall handily overlook. He lamented the politics of the city, but grew fond of its people and its absurdities—an attitude to which many present-day Londoners can relate. At 36 Craven Street, tucked away pleasantly across the road from Charing Cross, stands Benjamin Franklin’s only surviving residence. Built in the 1730s, he lived there over sixteen years between 1757 and 1775—the eve of the American Revolution. Today, it retains many of its original features, and is perhaps the most outstanding example of American heritage in London. Visitors are treated to an immersive journey through Franklin’s life, combining the house itself as a primary source and live performance.