An Easter Weekend with Friends in Sydney 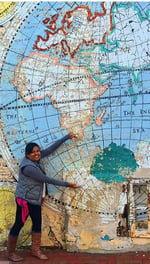 An injured leg meant a change in plans for Kisha's long Easter weekend, but she spent it in a way that made it just as memorable as it would have been if it was as action-packed as originally planned.

This weekend was Easter weekend in Sydney. That meant we had Friday and Monday off from internships and classes and like everyone else, I was pumped. I had so many ideas about how to spend this glorious long weekend, but things didn’t exactly go as planned.

First my plan was to finally check out New Zealand and see the beautiful country everyone has been raving about. Unfortunately, after consulting my bank account, I realized that traveling on Easter weekend meant crazy jacked-up plane prices and a zero chance of me being able to afford the trip… I quickly changed my plans and set up the ultimate stay-cation in Sydney. I had so much on my list. I was going to finally do the Bondi to Coogee costal walk, I was going to check out Milk beach, I was going to day trip to Wallongong and go hang gliding, try to make it to Royal National Park, and I was going to do a wine tour in Hunter Valley. I was going to write the best blog post about how to have a great stay-cation in Sydney and share it with you all... It sounded perfect..

And then, on Thursday morning, on my way to my one class of the day and the only thing in between me and the best weekend ever, I got injured. An escalator tried to eat me and I ended up in a doctor’s office having a surgery consultation instead of learning about Australian Government and Politics. I then was informed that not only was my weekend adventure out of the plan, but I was expected to not put any pressure on my foot for the next week or two. If you remember at the beginning of my semester, I decided that I was going to run the Australian Running Festival Canberra Marathon? Yup, that is in three weeks, and my doctor lovingly informed me that I was not expected to do any running of any type for at least the next two weeks. And with that fall, in one hour, I was incredibly disappointed and all my plans were ruined. I sulked home in self-pity, angry about the whole ordeal and frustrated that I was feeling so helpless. 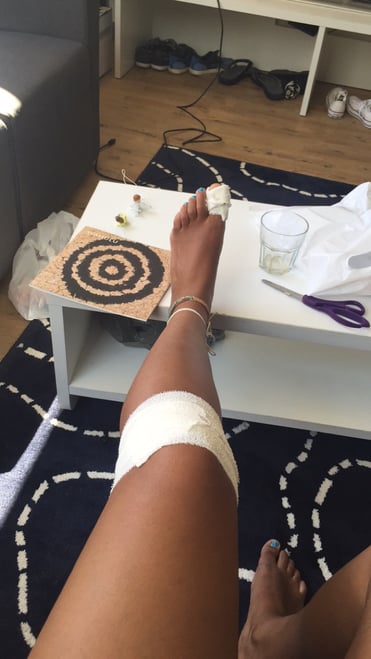 But then, I ended up having one of the best weekends I have had in Sydney yet, thanks to my amazing roommates and it made me appreciate that not only was I living in an exciting city, I also had incredible people around me and they had a lot to offer me that no city in the world could.

I know many of my fellow CAPA students are starting to feel the end of the semester panic when there is so much left to do and not enough time to do it; I write this post as reminder that there is a lot around you to see and many people around you to appreciate; just stop and take some time to do so and you might be surprised at what you find. I sure was.

Going back to Thursday, my doomsday… Leaving the doctor, I hobbled home and settled on the couch with ice packs, snacks, and a "Gilmore Girls" marathon, ready to mope the day away. Then my roommate Maddie came home with a bouquet of beautiful flowers to help cheer me up and decided to make new plans on how we would still have the best weekend ever… and we did. 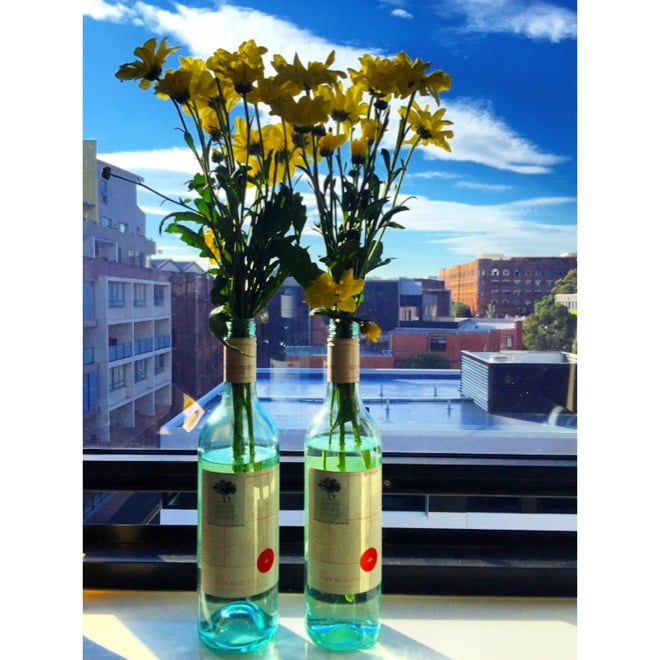 On Thursday, we all piled into the living room to hang out, play games, and watch TV. I am usually the one who cooks excessively (so there is always too much food and my roommates get lucky and get to have meals out of it too) and I am also the OCD cleaner. My brokenness lead to my roommate Melissa attempting to learn how to cook dinner for us with me giving her step-by-step instructions the whole time from the couch. It turned out to be one of the funniest meals I have ever had, as she tried so hard to figure out exactly what she was doing. It was so sweet to have them taking care of me while I was down.

By Friday, it had only been 24 hours and I was going stir-crazy. I am not one to ever sit still for excessive periods of time and I was trying to break free while my watchdog roommate Maddie refused to let me move at all. Melissa felt pity on me and came up with a secret plan to cheer me up. She packed a surprise picnic (PB&J because the cooking lesson from Thursday was still not sufficient enough, and lots of Tim Tams). She led me to the Sydney Harbour to watch the sunset and enjoy our picnic, even though it look me two hours to make the 30-45 minute trip because I was limping away the whole time. The view was absolutely worth not following doctor's orders to rest and keep my leg elevated. We ended up spending four hours watching the day turn into night and really getting to know each other more than ever. 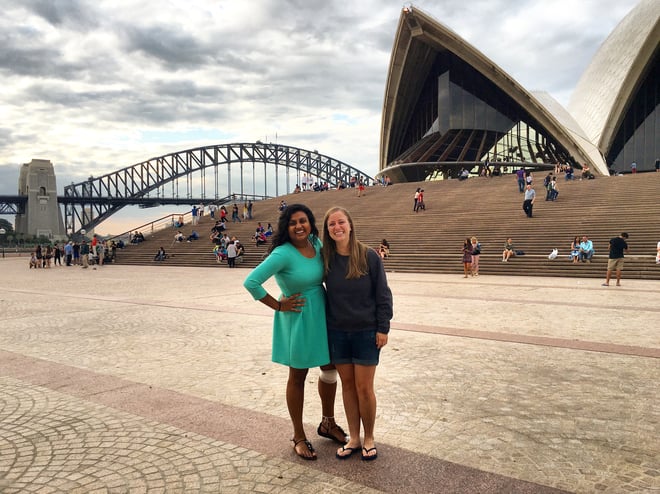 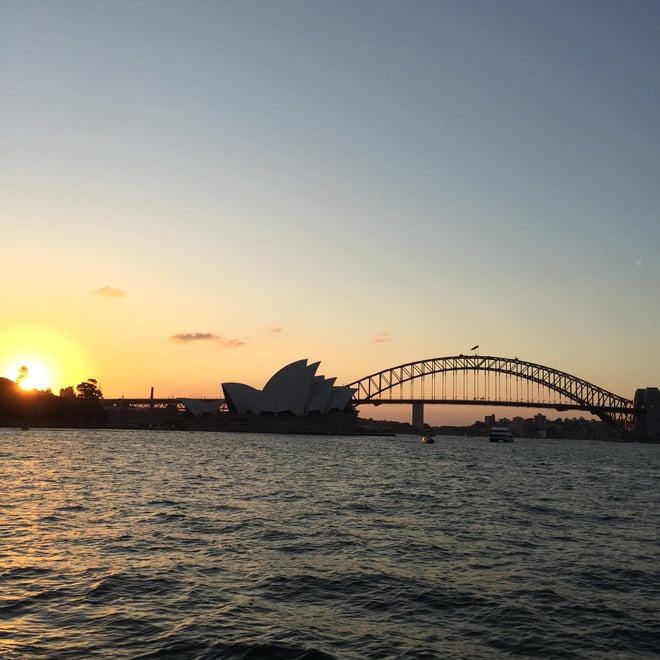 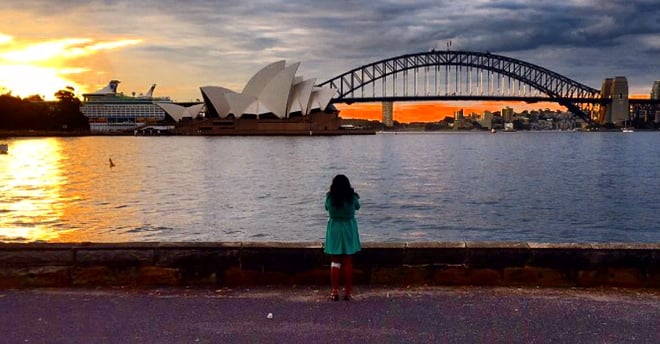 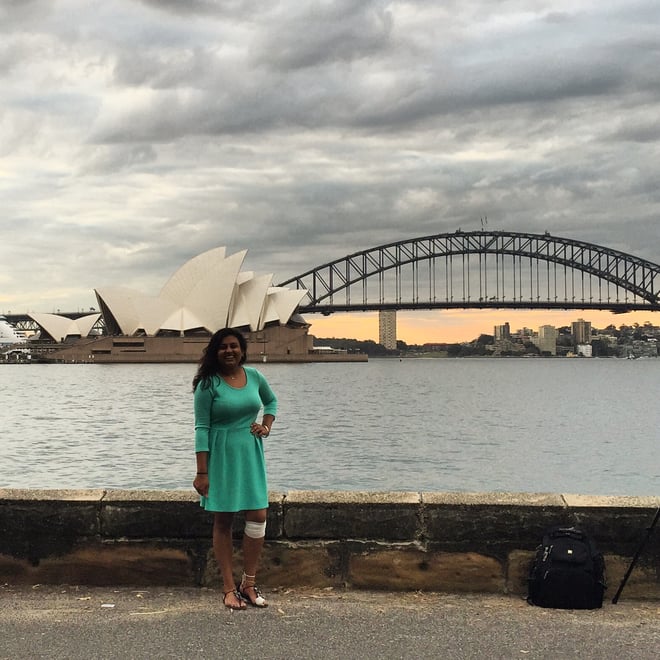 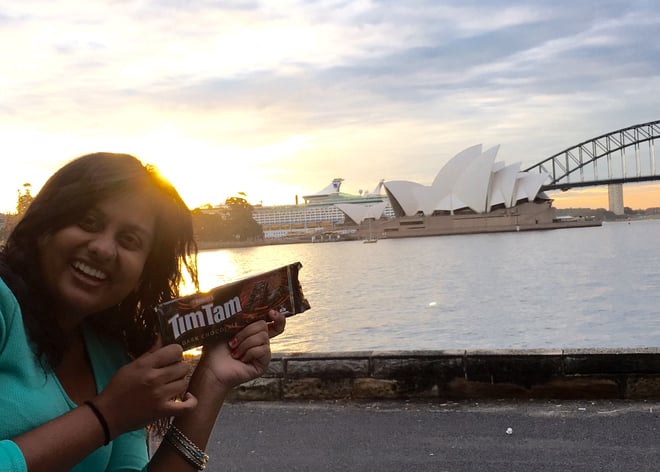 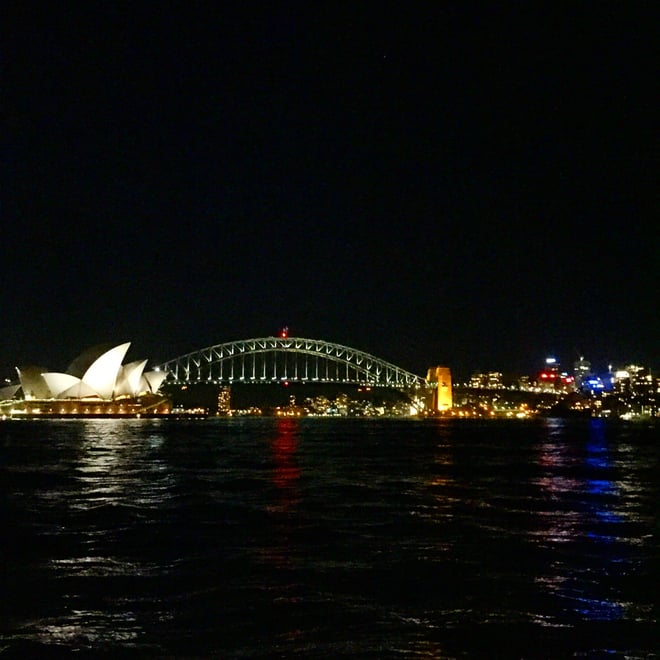 On Saturday, the girls in the apartment decided to head over to a nearby neighborhood Glebe because it was close enough for me to get to and check out the markets. We had a great time shopping vintage clothes and meeting awesome locals and trying some great food. 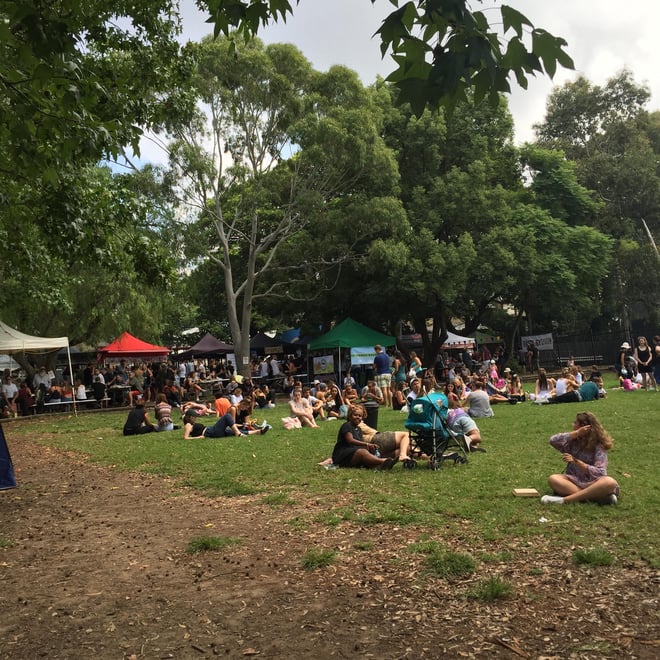 Glebe Markets on Saturday’s from 11-4 on Glebe Point Road!

We came home and Melissa and I convinced our roommates that seeing the sunset from the Harbour was the best thing ever so we packed another picnic (this time I helped create a more edible selection!) and headed back to the Harbour. We sat by the water and watched the sunset and really bonded even more than I expected could happen; we were already so close. We spent hours joking, laughing, talking, and sharing about our lives. It was the perfect night. 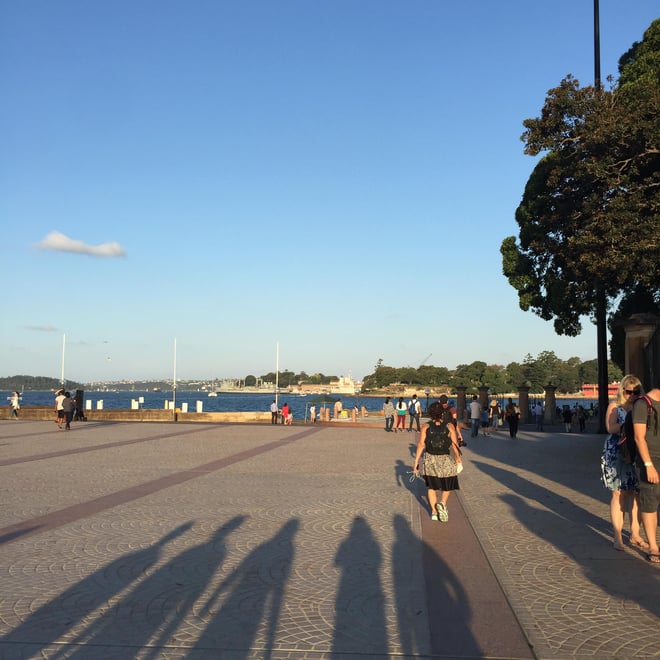 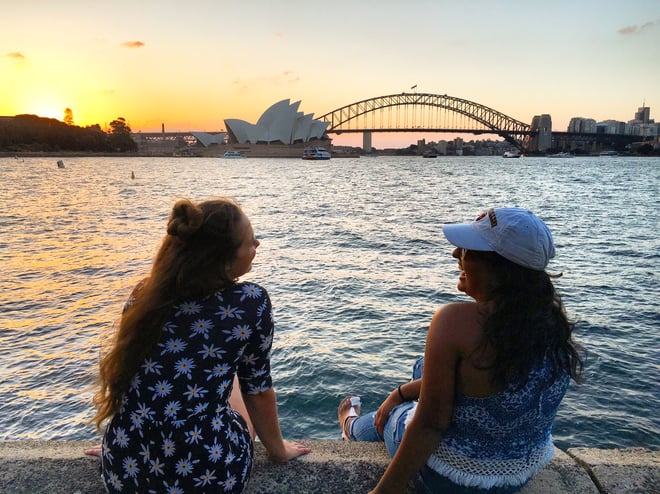 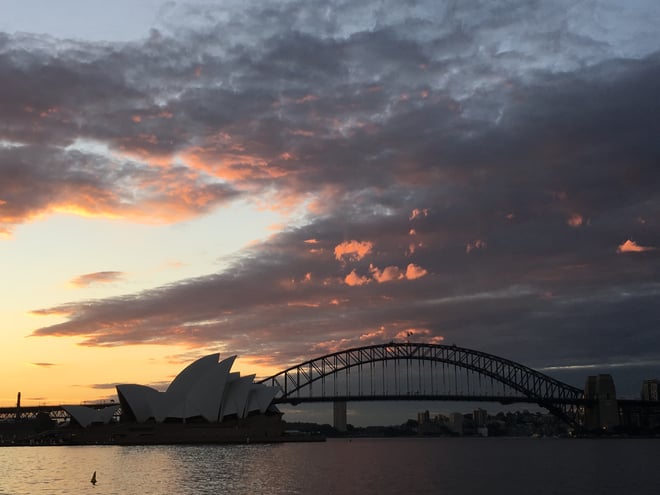 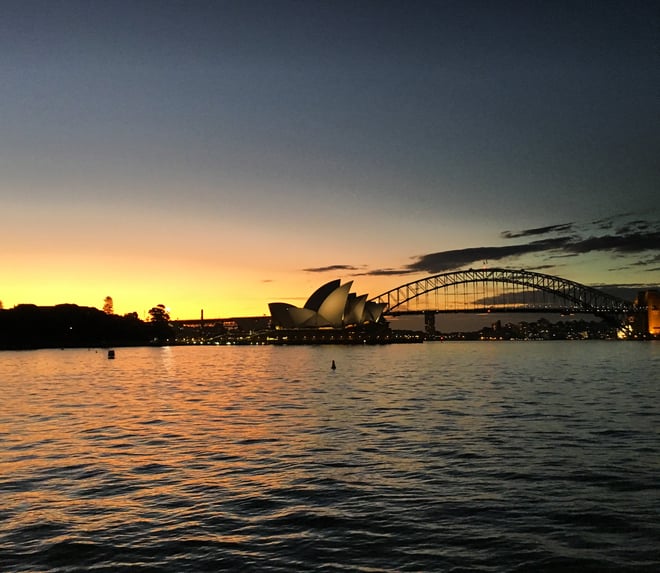 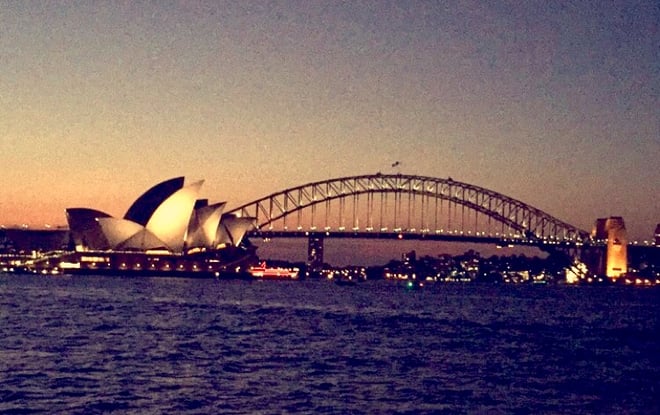 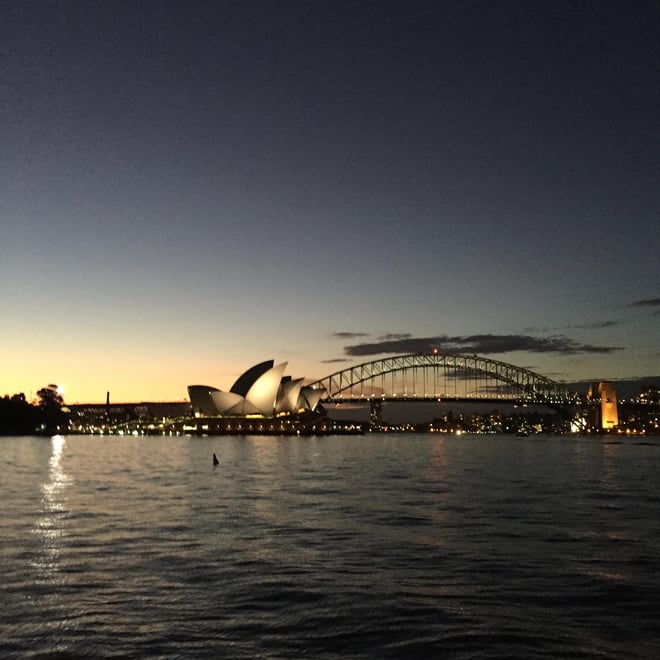 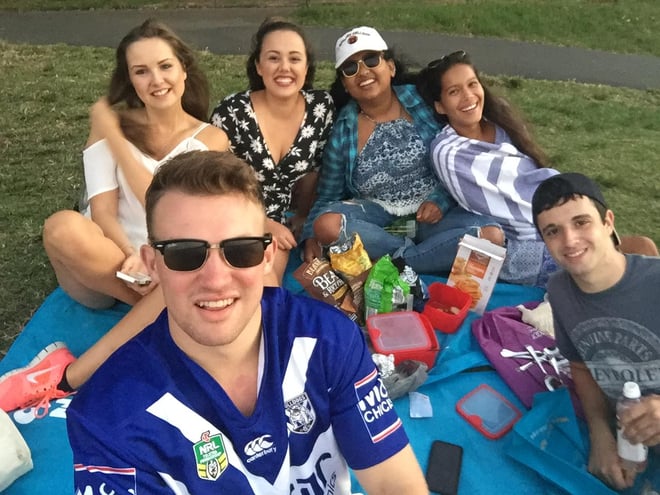 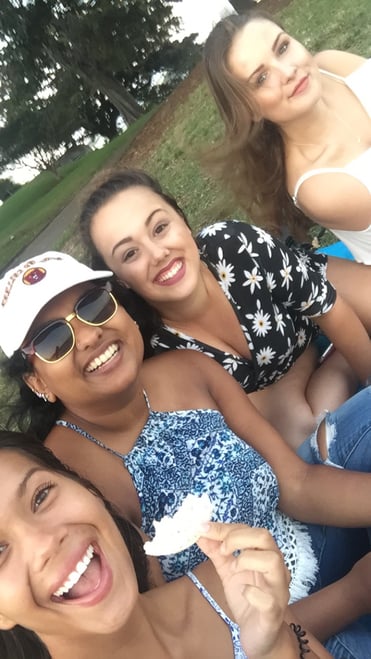 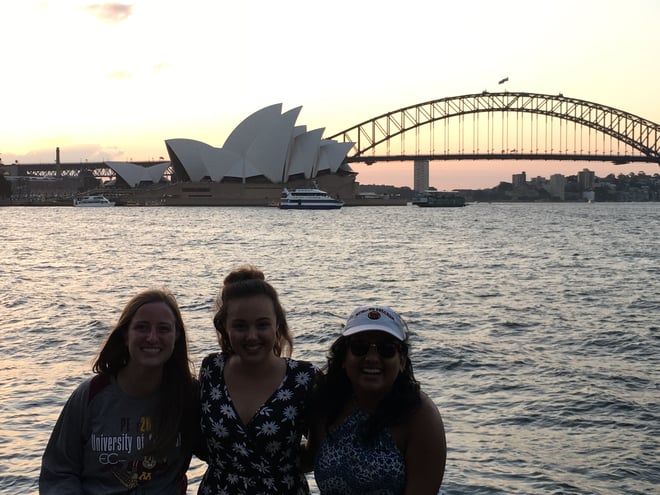 Easter Sunday rolled around and I had decided that I wanted to do something nice for them all. Maddie and I planned a huge dinner with tons of food that lead to a day spent cooking, watching movies, telling stories, and laughing in the kitchen while everyone hung around and kept us entertained while we cooked. Having a family dinner together was a really great experience as many people began missing home on an important holiday. It really felt like I was at home sitting around the table with them. 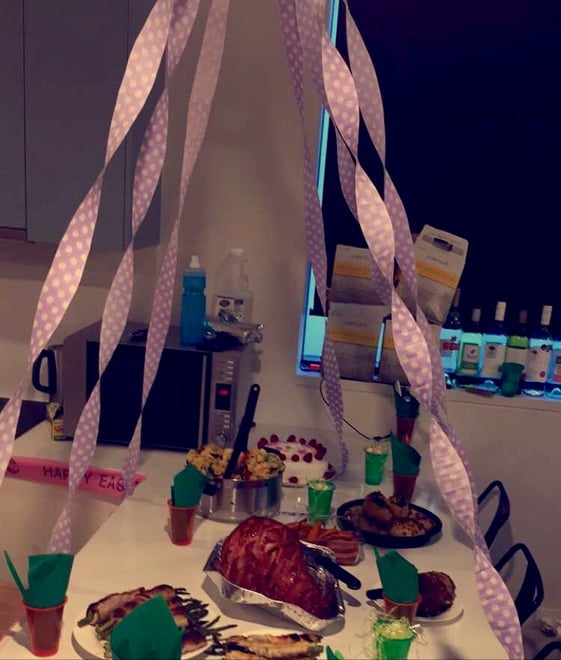 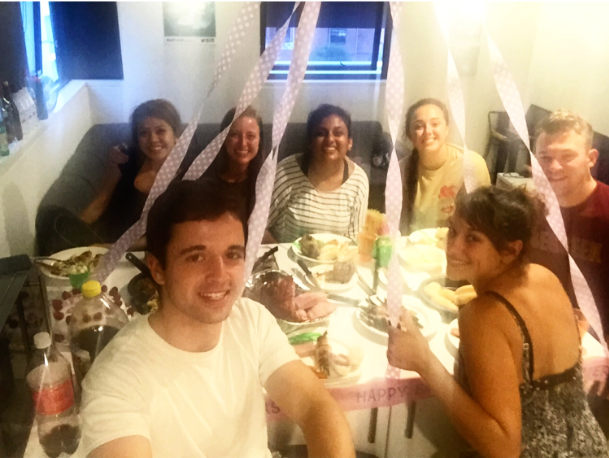 By Monday, we somehow still weren’t sick of each other even after spending more time with everyone together in one weekend than we had all semester. With me still being “gimpy” (as they lovingly called me), they bailed on their beach plans to stay home with me and do a movie marathon instead. We vegged out on the couch, ate copious leftovers and all took too many naps. The night and weekend ended with a nice dinner out because the kitchen was still a wreck from Easter and everyone had eaten pretty much all of the leftovers by then. 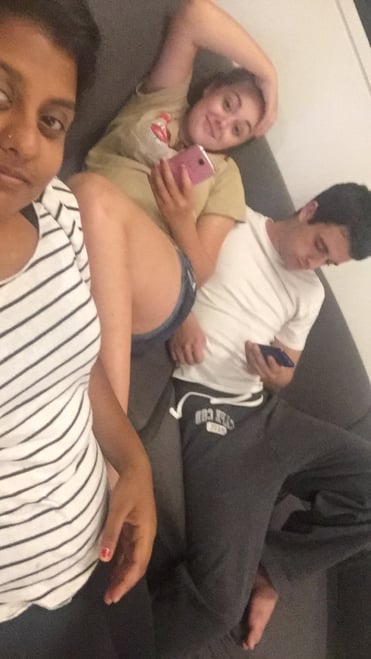 Looking back on it now, I didn’t need those adventures I had planned. I had an amazing time just eating, laughing, and hanging out with my incredible roommates. I am so thankful to have such great people to live with that were willing to compromise on their weekend plans to stick with me and make sure I had a great time while I was hurt and upset, and be patient while I limped along at a snail pace and couldn’t get very far. This weekend more than ever I think really brought us together. I felt like I truly had a family here and we were more than just roommates who were assigned to an apartment together. We have always gotten along from the start, but this weekend we really took the time to get to know each other, we all moved out of our comfort levels and I feel more connected to them than ever. It gave me some perspective on what my time in Sydney means. Of course, there is a huge aspect of seeing as much as you can, and having wild experiences, but how thankful I am to also be going home with new relationships that I hope will last for years to come, and I really think they will.

To others in CAPA Sydney, or any other CAPA program, or even friends following at home, take the time to appreciate those around you. You never know what it will lead to or what you will learn about the people in your life. Isn’t family one of the biggest parts of these holiday weekends anyway? To the fellow Sydneysiders in particular, you absolutely have to watch the sunset before you leave; it is the most breathtaking view you will ever see.

Sorry I didn’t get to show you how to have the most adventure packed stay-cation in Sydney, but if reading this blog makes one person tell someone else in their life they appreciate them, missing my “perfect weekend” was worth it. 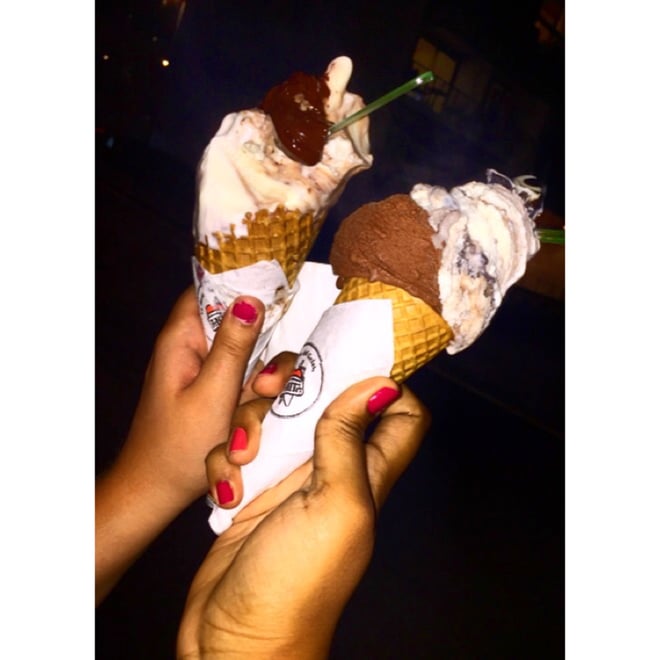 Thank you to Maddie, Abby, Melissa, Tom, Jake, Holly, and Ann Marie (who was with us in spirit this weekend), for being my family away from home and for showing me that sometimes the best adventures are because of the people with you, not the activity you are doing.