An Interview: Meet my Roommate!

During my stay in Buenos Aires I’ve met students, travelers, and expatriates from all over the world.  Coming from Pittsburgh, a fairly small, provincial city, I’ve been amazed by this city’s diverse, cosmopolitan population. Walking down the Av. 9th of July or sitting in a cafe I’ve heard people speaking French, English, German, Russian, Mandarin, and much more. Attending an international school like Austral has opened my eyes to new perspectives, and has taught me a little about how the US differs from and is perceived by other parts of the world. 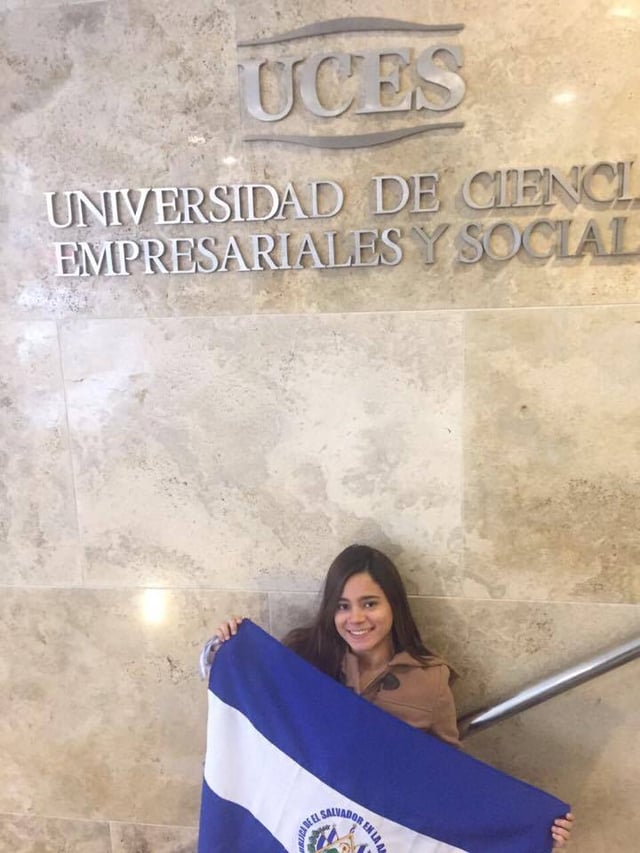 In my homestay, I’ve been lucky enough to meet many travelers and students who stayed with my host. As of the past few months, my roommate Alejandra and I have been the only boarders, and we’ve had a great time going out dancing, studying (okay, maybe not a "great time" studying), and watching netflix at home. So without further introduction, meet Alejandra! (A little more about her- Alejandra is 21 years old and is from El Salvador).

ELIZABETH WITHERS: What brought you to Buenos Aires?
ALEJANDRA: The fact that I have never lived alone, and all the art that Argentina has...including acting, dancing, and the support that the country gives to the people who practice any art.

EW: What are you studying?
A: Integrated communications marketing, but I also want to study acting when I graduate. It’s my dream. 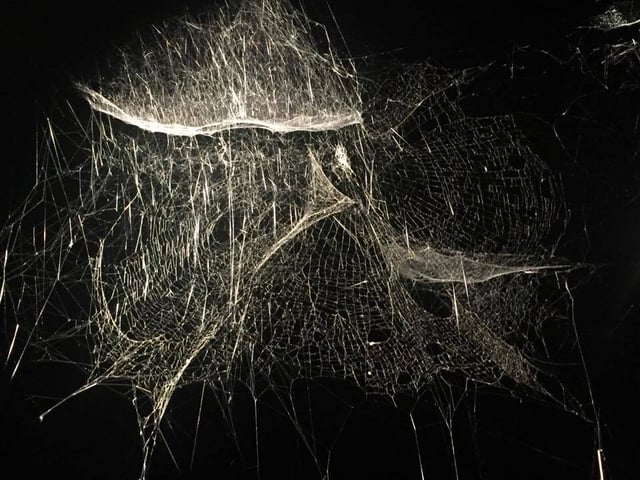 Photo: as an example of Buenos Aires’ wide-ranging art scene, here’s a picture of an exhibit in the Moderno Museum made of spiderwebs.

EW: What has it been like being away from home for 5 months?
A: A new experience. The fact that I have to do everything on my own has helped me grow, and getting to know new people and new cultures. I’ve met people from the United States, Venezuela, Mexico, Colombia, France, and people are really different depending on their culture. So getting to know people helps me get to know the culture, too. I’m grateful that I’ve been able to learn tango and acting. It’s helped me a lot to know what’s going on with my body and what ways I can express myself. Being away has also helped me appreciate everything back home.

EW: Is Buenos Aires different from other places you’ve lived in or visited? In what ways?
A: Yes, in some ways. Compared with El Salvador, it’s safer. It’s also different for the fact that El Salvador doesn’t support people who want to dedicate themselves to art and sports. People feel they can do what they want here, and it’s a feeling I didn't have in El Salvador. But if I compare Argentina with Spain, it’s similar in the support they give. 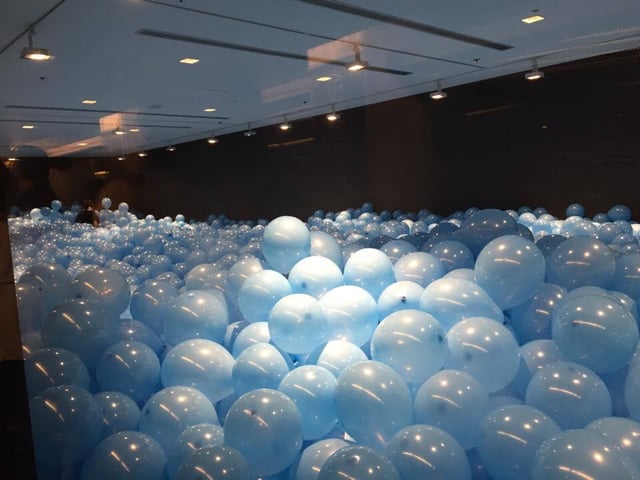 Photo: another example, a room full of balloons in the Kirschner Cultural Exhibit.  You can walk around and play in it!

EW: What’s your favorite thing you’ve done so far during your stay in Argentina?
A: My favorite things have been visiting Bariloche, learning tango, acting, visiting Uruguay, and visiting the movie theaters here. They have a lot of cultural movies and film festivals.

EW: 5 favorite movies...go!
A: In order: Parent Trap, Inception, Interstellar, Fast and Furious- the whole Saga, and Harry Potter- also all of them.