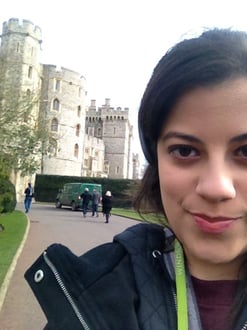 Words by Nicole Collier, a Business Administration major from Austin College who studied abroad in London with CAPA The Global Education Network during Spring semester 2015.

Preparing to go abroad is an exciting and nerve-wracking time. Before I left to study abroad in London, my mind was reeling with all the possibilities and promise the next four months held.

One thing weighing on my mind was how I would fare as an introvert, going to a city where I don’t know anyone. A common misconception about introverts is that we are anti-social and don’t really like doing things like going out with a bunch of people or a lot of socialization. That is not necessarily true however, everyone introvert is different. I will not attempt to speak for everyone, but introverts are classified as people who do not gain energy from socialization from others, instead from time spent by themselves. For example, when I go out with a group of friends, I have a great time, but I’m exhausted by the end of the day and am ready to just curl up in my room with Netflix for the next 24 hours.

My hope is to offer some tips and advice to fellow introverts as they prepare for or consider studying abroad.

1. MESSAGE PEOPLE AHEAD OF TIME. It’s daunting being in a situation where you know no one, even more so when you are suddenly in a large group of people and have to make introductions. You then do that awkward thing where you insert yourself into a group and follow them around until you either bond with them or realize you are very different people. For this reason joining the private Facebook group that is created for your semester abroad can be a blessing. I began to message a few people also going to London and the other girls who were going to be staying with a host family. This way there would be a few familiar faces instead of a sea of strangers.

2. MAKE PLANS AHEAD OF TIME. The whole city is going to seem like a maze when you first arrive. It’s hard to take everything in. In London, my mind was overwhelmed with the beauty and history in every building. As an introvert, it can be daunting to go out when everything is still so new. Buying tickets for some kind of event, a show or even a movie or museum while you are new to the city is a great way to force yourself to experience the city while you still have fresh eyes. 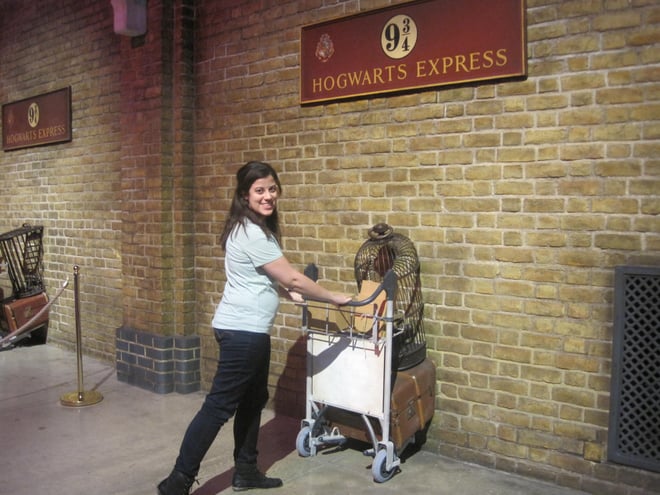 3. TAKE LONG WALKS OFTEN. There are many ways to experience the city besides going out to a certain destination, pub or even class. Some of my favorite experiences were days I had plans to meet friends and I decided not to take the tube to meet them choosing instead to walk around and find my way to whatever meeting point we had arranged. This was especially rewarding in London. I could walk from my internship by King’s Cross station, walk down one street till I hit the Thames and walk along, seeing the London Eye, Houses of Parliament, Elizabeth Tower with Big Ben, and reach Trafalger Square in less than an hour.

4. DON'T BE AFRAID TO DO STUFF ALONE. London can seem like a big scary city with its huge population and size. Coming from a small town of 30,000 in Texas to a booming global city of over six million people, I was intimidated to go places alone, especially once it was darker or if I wasn’t certain how to get there. Eventually though, I learned to navigate the city without feeling like I had a neon “TOURIST” sign flashing above my head. Soon this huge city seemed almost intimate. Sure I didn’t know half of the people walking by like in my home town, but I found joy in the anonymity. I would encourage everyone to take advantage of wherever they go to study. Get your bearings within the city and then venture out on your own! You can’t rely on people to want to do the same things as you. You also don’t want to waste your limited time (and money) doing things you don’t want to do. Be safe and be smart, but also be bold and adventurous. 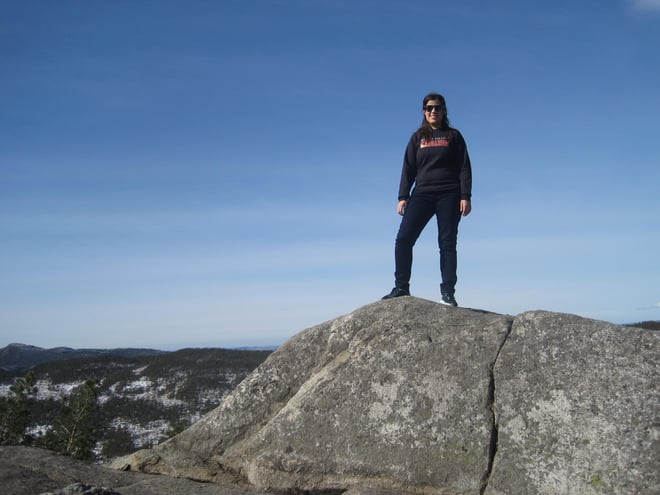 5. PEOPLE WATCHING: IT'S NOT JUST FOR WALMART. I already spoke of the joys of taking a walk and venturing out on your own, but it also can be entertaining and enlightening to take a moment to observe the city and people around you. I’m not saying stand on a street corner and stare awkwardly at people as they pass, but go to a park, sit on a bench or perch and just take in the people passing by. You can see where locals go, and get a look at the mannerisms of the people in the city.

6. REMEMBER TO SWITCH THINGS UP. It’s so easy, especially for introverts, to draw comfort from routines. While there is nothing wrong with having a routine, studying abroad is the time to switch things up, especially in a global city. For example, instead of just taking the Tube to your internship site every day like you normally do, take the train to King’s Cross, see the city of London above the ground! You don’t want to have regrets that you didn’t see more. 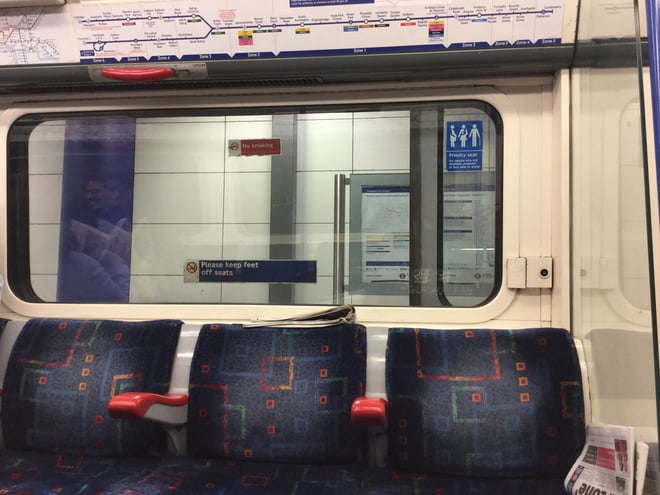 7. TAKE IN WHAT'S AROUND YOU. This is one of the corniest pieces of advice you will be told constantly, but it’s so true! Especially in large cities when you have the stress of a schedule, internship, classes and a commute, it’s so easy to just go about your day in a blur. Instead take the time to peak into the windows of shops and restaurants you pass by. Many local favorites or hidden gems can be found behind the bustle of people rushing from point A to point B!

8. TREAT YO' SELF!!! While you are surrounded by people going through a similar experience as you, no one has exactly the same interests and goals for their study abroad experience. That is why it’s important to not be afraid to do something different from the friends you make while abroad. It can be hard for introverts to branch out and say “I don’t really feel like doing that today”. You have a limited amount of time, so don’t let the fear of doing something alone scare you from doing what YOU want! If your friends want to go out but you are really really really wanting to go see "Phantom of the Opera"…go see "Phantom of the Opera"! Take a day treating yourself to a show, movie, premier, museum day, whatever floats your boat!! (Also tickets are cheaper and better if you just buy one, so it’s a win-win!) 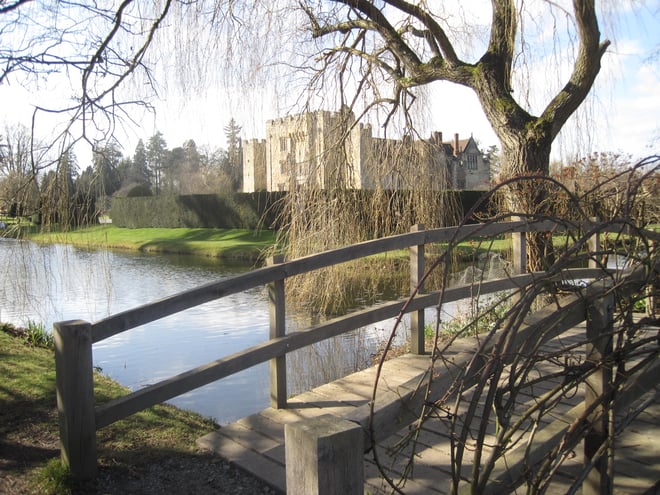 9. GET THE LOCAL'S PERSPECTIVE. One of the great things about CAPA is that you have so many opportunities to meet people within your global city. In London, I had an internship with a large charity and a membership to Imperial College’s student union. Go hang out or even join a student group.

10. ENJOY IT!! Yes, this is another cliché but it’s still true. This is a once-in-a-lifetime experience. It’s easy for introverts like myself to get caught up in the routine and be intimidated by a large city, but don’t! Go for long walks for no reason and take it all in. 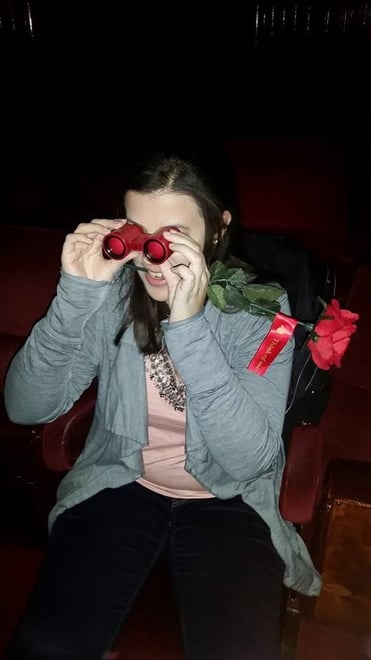