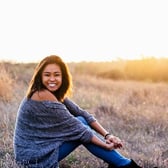 In this week's post, Kayla takes us on an orientation tour through the city, shares her first impressions and shows us her apartment for the semester.

Greetings! As I am finally relaxing and taking a break from the hustle and bustle of orientation festivities, so I decided to give you guys a recap of my journey and arrival in Florence! 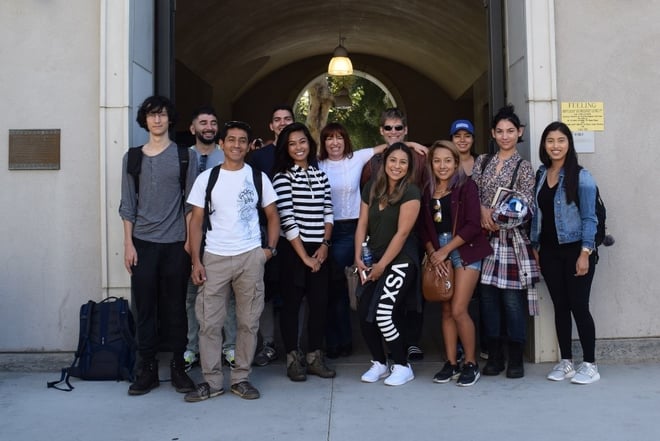 I headed over to Riverside City College around 10am on Wednesday and waited around with the other students and staff until it was time to go to the airport. After the hour long bus ride, we arrived at the Tom Bradley terminal (I think that’s what it’s called). We waited a while for everyone to meet, but eventually we went through the check-in/security process like champs. By this time, we still had four hours to go before our flight left, so we walked around, ate some food, and talked about everything we were excited about! 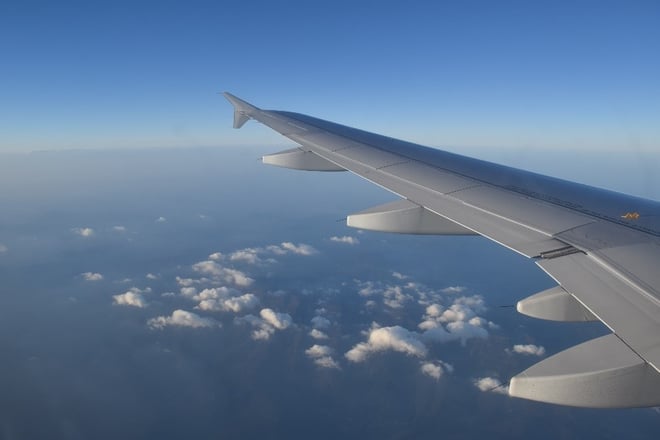 After waiting quite some time, we finally boarded Air France, and made our way to Paris. The flight was ten hours. Yea, I know… TEN HOURS AND WITH NO WIFI. On the plus side, they had some pretty interesting movies to watch throughout the flight. After, our group played card games for a few hours before our last flight to Florence.  Thankfully, the flight was pretty short because all of us were just ready to get to our future home! I can’t even describe the excitement that was traveling throughout my body when we arrived. As soon as we got there, we met with Lorenzo, CAPA's Resident Director, who gave us a short and sweet introduction before shipping us off to our apartments. Thanks to my brief knowledge of the city, I answered Lorenzo’s trivia question right, so we were the first group to leave. It pays off to do some research about your host city before you get there! 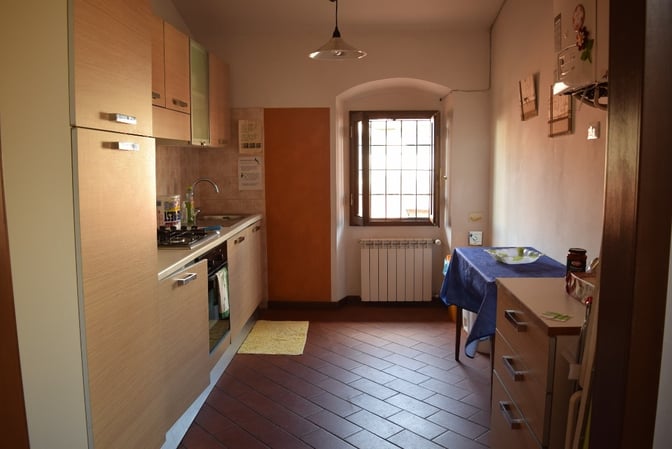 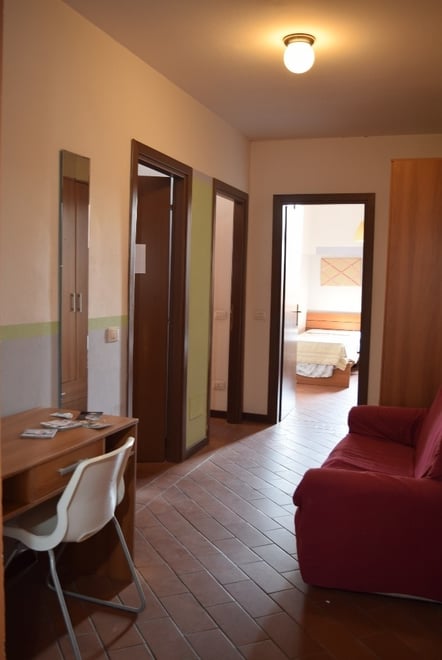 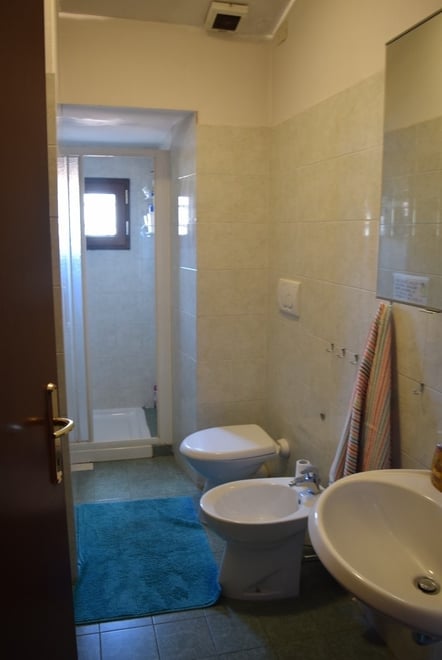 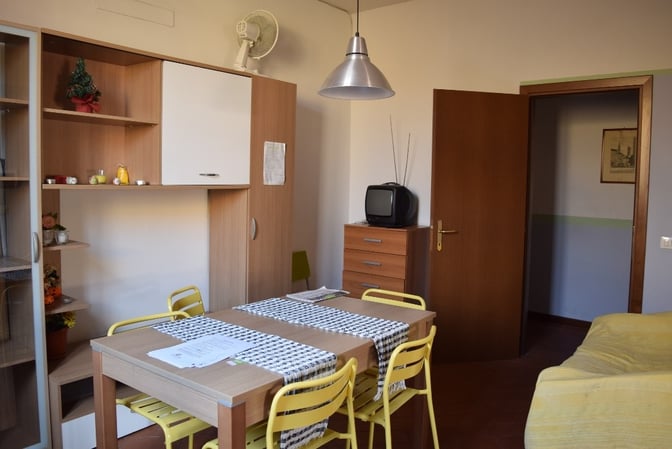 My group also got the biggest apartment! After going up what seems like 924,754,892 flights of stairs, our apartment has two wings. The right wing has two bathrooms, a living space, and the kitchen. The left wing has a mini living space, and three bedrooms. Two girls have their own rooms and I am sharing a room with my friend, Diana. We have the biggest room, as it has a balcony, three windows, two beds, two desks, and two closets. Our window looks directly over the piazza, which has a gelato shop, a 99 cent store, a bank, and a café. THE CAFÉ IS HAS THE BEST COFFEE I HAVE EVER TASTED IN MY ENTIRE LIFE, just saying. This morning, our group met up at that café (Tre Merli Caffe) and had breakfast before we went to CAPA for our first day of orientation. Another perk of our apartment location is that it is less than five minutes away from the CAPA building! Yay for getting to sleep in! 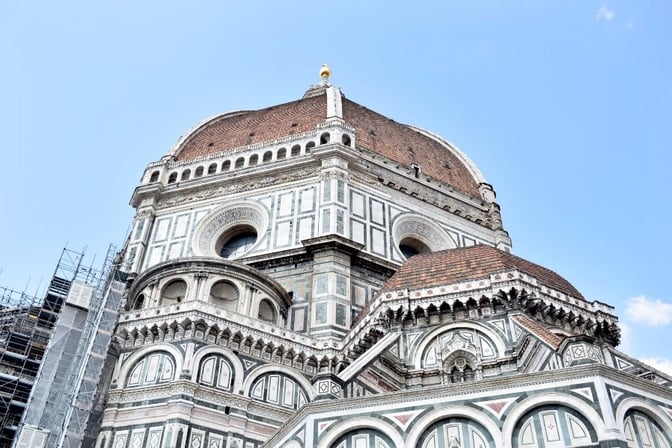 The orientation consisted of an hour-long powerpoint presentation and a walking tour around the neighborhood, led by Miss Vittoria. Guess what!  Our apartment is also less than five minutes away from the Duomo!  Anyway, walking up to the Santa Maria Cathedral and the Duomo was such a surreal experience. To see all the detail and the size of the buildings… wow, it made me feel so small! It was extremely beautiful. Across the street, a statue of Brunelleschi (the architect responsible for the Duomo) was seated, gazing up at the dome, as if admiring his work of art. Fun fact: When Brunelleschi first proposed his schematics and ideas for the dome, a lot of people were skeptical as to whether or not it was a project worth putting faith into. His works and mathematics that brought the dome to life are still not fully understood to this day, partially due to his secrecy about his plans. I would personally like to thank him and the Medici family for putting this magnificent architecture on this planet. 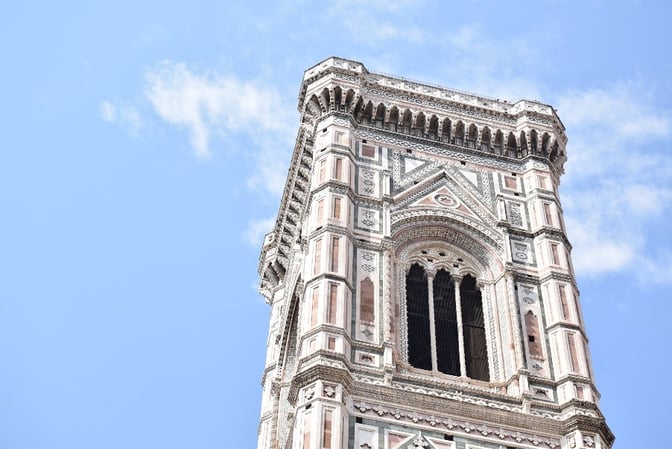 We continued the tour and walked through many piazzas (squares). Throughout the tour, we were able to see the Ponte Vecchio, statues lining the Uffizi museum, and the Piazza della Repubblica, to name a few landmarks. At first I was panicking because I felt like we were moving so fast and I didn’t have enough time to take pictures of everything. Then I remembered, Kayla, you’re going to be living here for three months! You have time to take pictures AND enjoy the views! Everything was just so beautiful and I guess it just hasn’t hit me yet that this is going to be my home for a while. 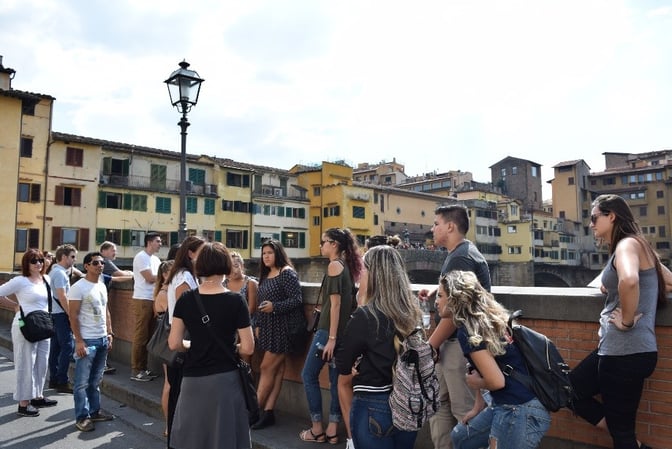 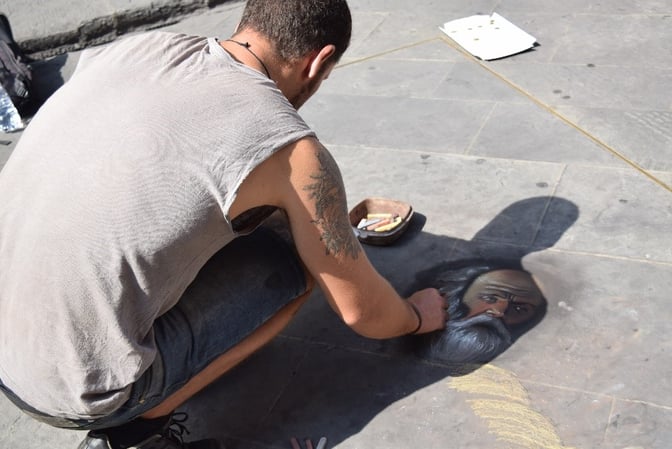 All of this sightseeing has helped me make another personal goal for this trip. I want to be able to become so familiar with the local neighborhood and its beauty that I will be able to confidently give someone a tour of Florence. I’m so excited for the times when I’ll be able to give personal recommendations for local cafes and restaurants or will be able to give some background information on the architecture and/or sculptures. Once I am able to do that, I’ll know that this trip has been a success!